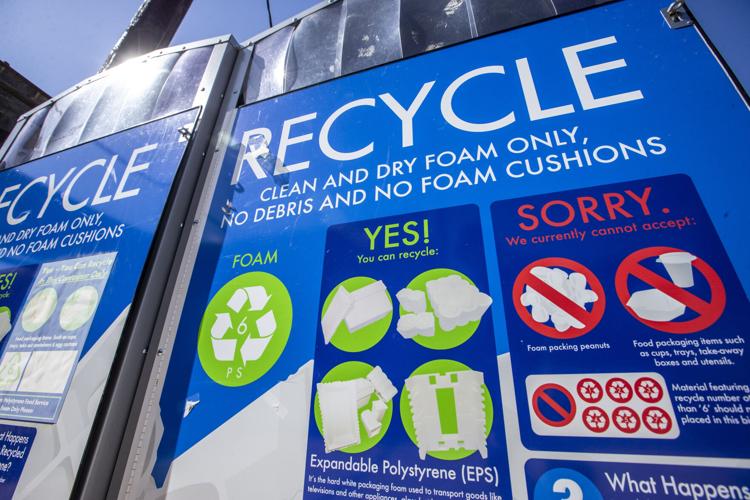 Certain types of foam can be recycled at the Tiny House Community Development, 1310 W. Gate City Blvd., in Greensboro. 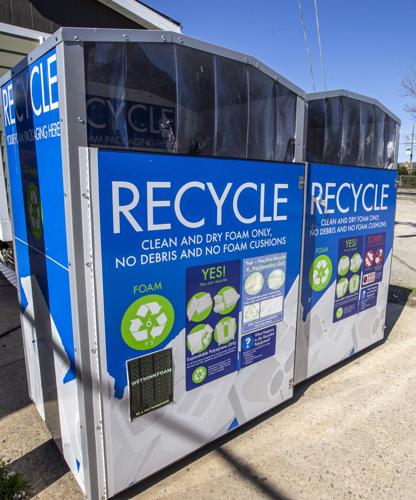 Foam recycled at the at Tiny House Community Development can be used to make picture frames and moldings. 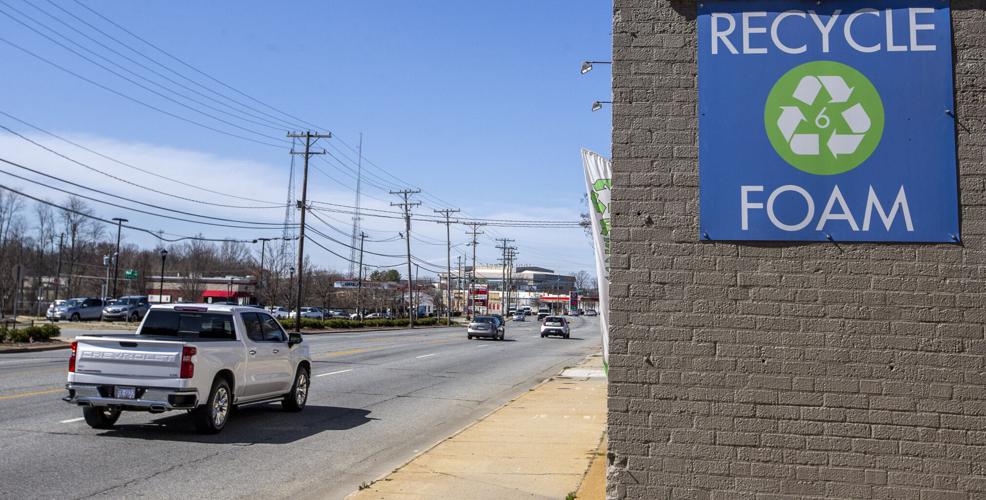 GREENSBORO — People looking to reduce their contribution to the city's landfill can give their Styrofoam a second life by dropping it off at Greensboro's first foam recycling site.

It took collaborative effort and years of planning to create the site, which disposes of Styrofoam in an environmentally friendly way, according to Nancy Abrams, a member of the Greensboro Foam Recycling Partnership steering committee.

Made possible through grants, along with donations from individuals and churches, a foam densifer — a machine that condenses foam into bricks that can be sold to manufacturers and transformed into new products — was purchased.

Learn about Styrofoam recycling and drop off your own No. 6 foam at 1310 W. Gate City Blvd. during the Foam Frolic from 11 a.m. to 2 p.m. Saturday.

It's stored at Tiny House Community Development at 1310 W. Gate City Blvd., which is also where people can drop off their foam into large, clearly marked bins.

"For eight to 10 years, congregations in town have been collecting Styrofoam and taking it down to Randleman," where a foam recycling drop off is located, Abrams said.

Now, it can all be done in Greensboro.

According to Emerging Ecologies website, a $44,100 budget was established, which includes the purchase and installation of the densifer, as well as promotional signage.

The steering committee plans to show the community just how easy and impactful recycling their foam can be at an upcoming "Foam Frolic" from 11 a.m. to 2 p.m. Saturday.

Though the drop-off location has been accepting foam since November, the committee's "grand opening" this Saturday will be a COVID-19 friendly, drive-thru event where greeters will show people where to drop off their foam. Attendees also can see the products — picture frames and moldings — that are made from their recycled Styrofoam at a manufacturer in New Jersey.

They will also show folks what 30 pounds of Styrofoam looks like after it's been processed.

For Abrams and the committee, it's all about keeping that waste out of the landfill.

"Styrofoam is plastic. It does break down, but it breaks down into plastic and it stays for we don't even know how long. We haven't lived long enough to know."

Because foam is so lightweight, it doesn't cost much to dump in the landfill since fees there are based on weight. Abrams said it's hard for cities or landfill management to financially justify Styrofoam not going in the landfill.

"I’m not besmirching the city because it would be a tax burden for them to be able to do this," Abrams said. "I hope someday they’ll be able to. ... But it’s not something that the citizens would likely like their tax dollars to be increased for to pay for."

So far, 6,000 pounds of foam has been processed at the West Gate City Boulevard site.

Along with the individual recycler, the committee is targeting businesses that acquire a large amount of foam and directing them to take advantage of the new recycling opportunity. Abrams said several medical offices in the Cone Health system are now recycling with them, along with Greensboro Allergy Center. Injections. Medications are delivered to the medical facilities in foam coolers, and that waste adds up quickly.

Abrams said it's important to note that they only accept clean and dry #6 Styrofoam, which does not include packing peanuts or the flexible foam sheets that often come wrapped around fragile items. The No. 6 Styrofoam sometimes has the number six written on it to indicate what it is, but includes most other forms of foam, including packaging foam, egg cartons and foam plates, bowls and cups.

Currently, the foam densifer is running two or three times a week. Sometimes they get behind because of large drop-offs, but that's not a bad thing.

"Having too much foam is exactly what we want," Abrams said.

Ask a Reporter: Is Styrofoam recyclable?

Yes, certain types of Styrofoam are recyclable, although most recycling programs don't accept the material. However, there's a Greensboro program that does recycle Styrofoam.

The trailer is on the upper parking deck on Fisher Avenue at First Presbyterian Church.

Study: Over half of the world's palm trees at risk of extinction

Study: Over half of the world's palm trees at risk of extinction

Survey: Young people are struggling to get birth control

Survey: Young people are struggling to get birth control

Pangolins could be extinct in a year as wildlife poaching increases

Pangolins could be extinct in a year as wildlife poaching increases

Certain types of foam can be recycled at the Tiny House Community Development, 1310 W. Gate City Blvd., in Greensboro.

Foam recycled at the at Tiny House Community Development can be used to make picture frames and moldings.