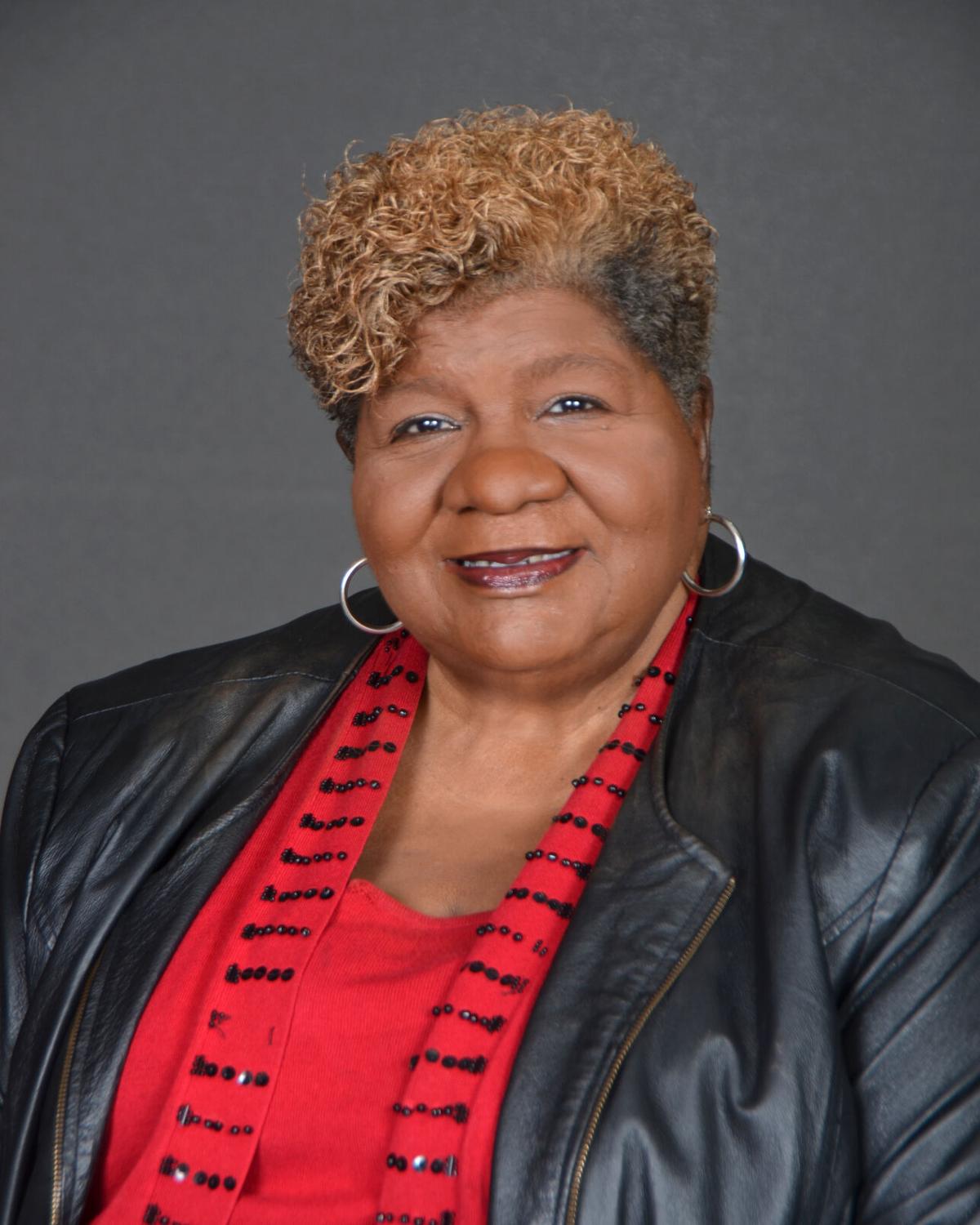 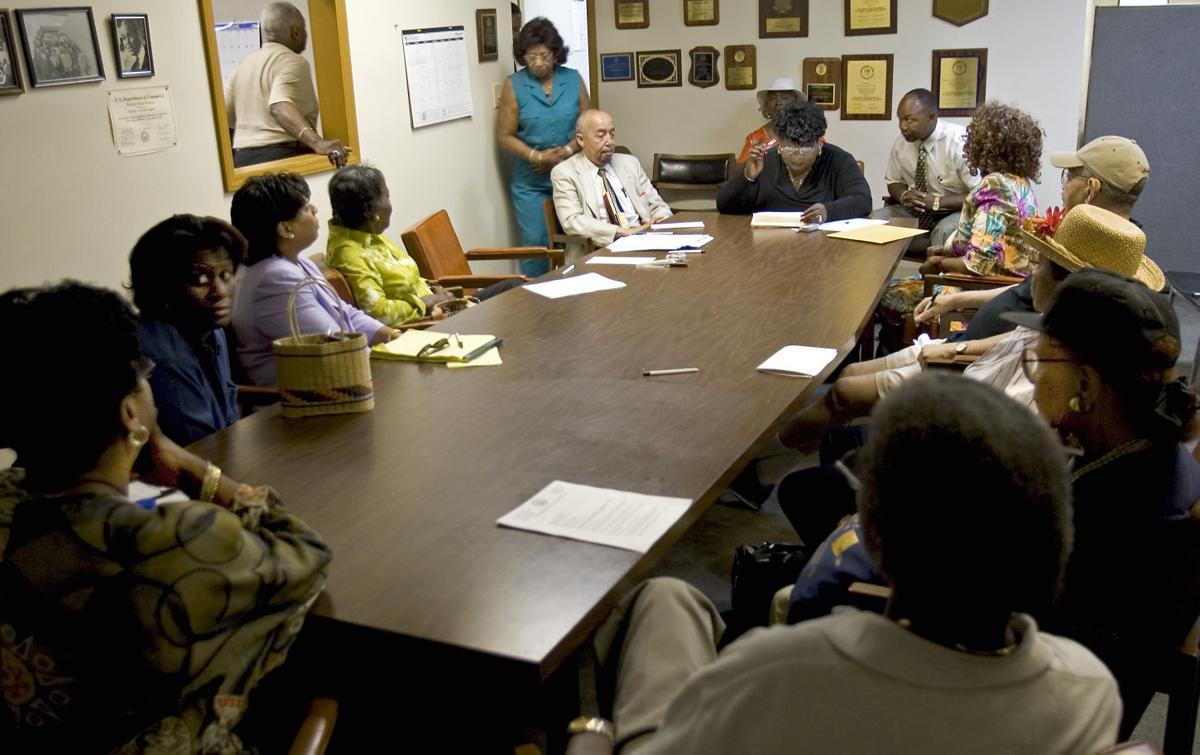 “What a beautiful difference one single life made!” Sheila Trapp wrote in response to a Facebook post Monday by Shipman’s daughter, Portia.

The funeral is 2 p.m. on Saturday at New Light Missionary Baptist Church in Greensboro. A public viewing will be held from 1 to 2 p.m. for Shipman, a two-time Greensboro NAACP Mother of the Year and also one of the founding members of the International Civil Rights Center & Museum.

“What an incredible legacy,” N.C. Rep. Pricey Harrison of Greensboro added to the thread of folks sending their thoughts to the family.

Gladys Faulks Shipman, president and CEO of Shipman Family Care Home Care Services, also previously served on the city’s Human Relations Commission. As a teenager, she protested the segregated lunch counter at the Woolworth Department Store. Over a lifetime she would work to end discrimination and other inequalities as a trailblazer and pioneer.

A life member with the Lady Sertoma Club and the NAACP, the philanthropist helped organize the first annual Martin Luther King Jr. breakfast and parade. During election years she helped promote the Underground Railroad, a transportation service to the polls. She fought for and financially supported causes that helped people who were struggling and empowered women.

Others continued mourning her Tuesday.

“I’ve gone from (the Greensboro) school board to Congress and Gladys Shipman has been with me every step of the way,” said Congresswoman Alma S. Adams by telephone during a committee meeting break. “She was probably one of the most generous people that I’ve met. I’m going to miss her as a personal friend. I’m going to miss her as a community advocate for everything that is right.”

Adams said that the two often spoke by telephone and when she couldn’t reach her she found out that she had been in the hospital.

“She took me under her wing,” said former state NAACP President Skip Alston, chairman of the Guilford County Board of Commissioners, of his joining the local NAACP in the 1980s. “She believed in training young people to do her job.”

Shipman had grown up in Greensboro and raised her six children in the city’s housing communities.

“She was an incredible woman who, like a lot of us, came up poor and worked her way to being a tremendously successful businesswoman — which says a lot for her determination and will to succeed,” Mayor Pro-Tem Yvonne Johnson said.

The two worked on some of the same issues, including closing the White Street landfill.

As a young mother, Shipman worked as an assistant manager at an apartment complex and part-time at a small agency that provided in-home healthcare aides. When the owner of the business got sick in the mid-80s, he asked Shipman to take over the business. She got a loan from Alston and in three months doubled the clients. She hired people from her community.

“My mom knew the struggle of the people in the community,” said daughter Portia Shipman. “She knew that others were judging people because of their ZIP code and situation, and didn’t like that. When she had a chance to make a difference, she did.”

Shipman Family Care has been recognized as the largest minority-owned home care provider in the state, and has offices in about a dozen counties across the state.

Candidates for various political offices over the years often stopped by Shipman’s office to get her endorsement or to hear what she had to say about issues in the community. As president of the NAACP, she also led the investigation into allegations by black Greensboro police officers years ago that they had been targeted by a covert police intelligence squad.

Shipman is a past recipient of the NC A&T SU Hall of Fame Honorary Award of Excellence, Greensboro Chamber of Commerce Women in Business Award, Civil Rights Advocacy Training Institute Medgar W. Evers Award and the McDonalds African American Achievement Entrepreneur Award. She was also inducted into the Hall of Distinction at James Benson Dudley High School (Class of 1963).

Alston mentioned Shipman giving a second chance to people coming out of prison, by helping them find jobs — or giving them one. She often took homeless people off the street and helped them find housing. Shipman also served as his campaign manager over the years.

“She was a giver,” Alston said, “and that will be her legacy.”

Ask a Reporter: Why can't I laminate my Social Security card?

Also, when did people start brushing their teeth?

'Not what we wanted': Qubein blasts High Point officials over Montlieu project

The HPU president is upset about the city's decision to postpone a road improvement project linked to the university.

To safely work on bridges that will one day carry Interstate 840 traffic, the contractor plans to close North Elm Street at the highway crossing from 10 p.m. Monday-Thursday nights until 5 a.m. the next mornings, N.C. Department of Transportation said in a news release.

When is peak leaf season in North Carolina? Here's what you need to know.

Leaf color is dependent on the amount of rain, wind and temperatures that occur during September and October. The colors start changing in the higher elevations first because of cooler temperatures. Here's what to expect in North Carolina this year.

Novant: 375 employees face firing for not getting COVID-19 vaccination

Triad Math and Science Academy, High Point Christian Academy and Greensboro Day School appeared on the list of schools issued Sept. 14. But they were dropped a week later.

Pictures shared by the sheriff's office show several vehicles from the past few months with loads of furniture, yard waste and other materials either before or after they've dumped their illegal loads on Water Oak Road between Goodwill Church and Happy Hill roads.