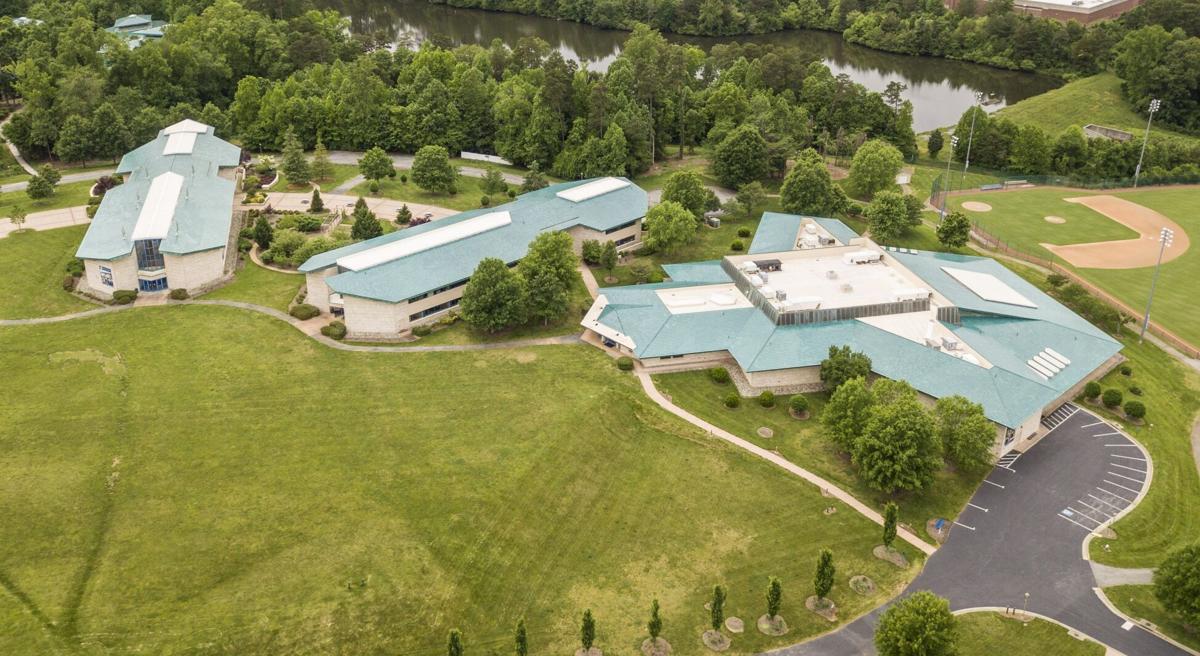 Federal officials have toured the former American Hebrew Academy, which closed in 2019, as a potential site to house immigrant children who have crossed into the U.S. unaccompanied by an adult. Such sites are used to temporarily house the children until they can be reunited with family. 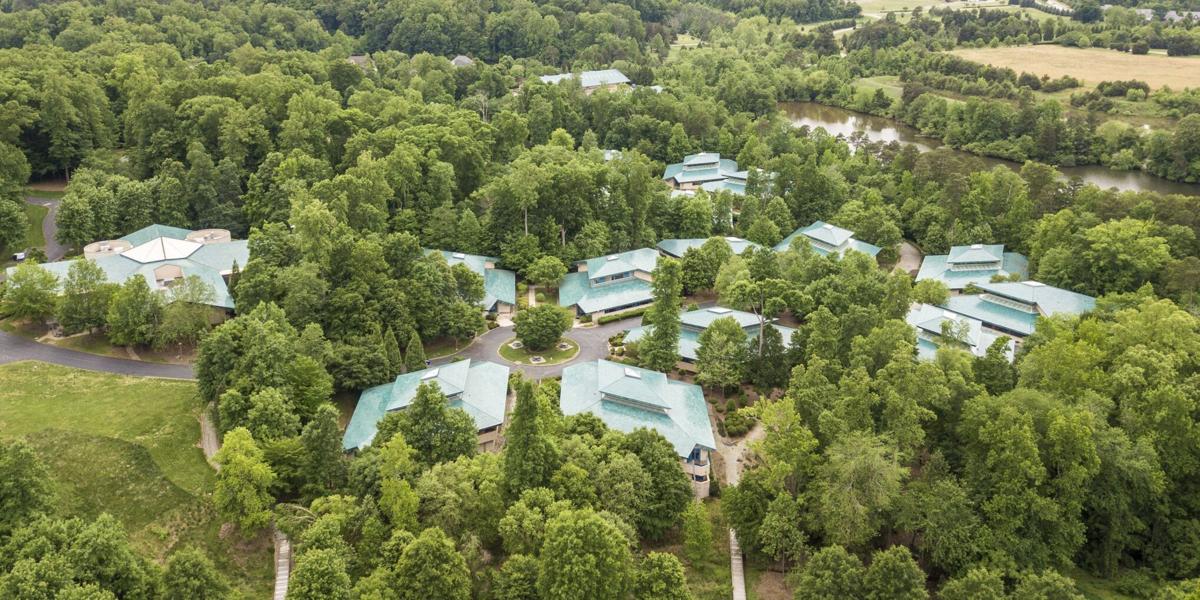 The former American Hebrew Academy, with its large campus designed for international boarding students, is a high-security facility with all of the infrastructure needed to house hundreds of children, Greensboro and Guilford County officials say. School officials say they have not committed to this particular use of the campus, which closed to students in 2019. Plans to reopen as an international school ended this January.

GREENSBORO — The number of unaccompanied children at the southern border is overwhelming the nation’s system for reuniting them with family members.

And the Biden administration’s scramble to find good, temporary housing for those children has led the U.S. Department of Health and Human Services to Greensboro.

This is where federal officials are considering whether to use the former home of the American Hebrew Academy — a 100-acre campus off Hobbs Road — as a center for children that may be a step above the mass shelters some are currently living in.

Shelters for unaccompanied children are designed to provide basic services while HHS helps find their parents or relatives who will ultimately accept them for care. CNN has reported that government documents show the average stay for the children is 31 days at a government center.

The HHS official communicating with local leaders did not answer a request for an interview, but an interview with a former HHS official and information about a similar center opened recently in Texas may show what the agency has in mind for the possible Greensboro site.

In a memo to local and state officials, Lee Stevens, a senior adviser in the HHS Office of Intergovernmental and External Affairs, said a possible center in Greensboro would be considered a “temporary care influx facility” for unaccompanied children.

Stevens told Greensboro officials that the HHS Office of Refugee Resettlement recently reactivated a similar center in Carrizo Springs, Texas, in February for up to about 1,000 children.

Representatives of the group that manages the American Hebrew Academy aren’t saying much. But Mark Guthrie, the educational adviser at AHA, answered some questions by email.

“The evaluation of the campus was initiated by HHS and not by AHA. The release of information regarding the use of American Hebrew Academy’s (AHA) campus was a surprise,” Guthrie wrote. “AHA has not reached any agreement with Health and Human Services (HHS) or any other governmental agency, no specific proposal has been made and no decision has been reached.”

Guthrie wrote that HHS officials had permission to tour the campus.

“The public release of the information was unexpected as the evaluation has not been completed and the school has not committed to this particular use of the campus,” he added.

He said that American Hebrew Academy closed in 2019 and new plans to reopen as AHA International School were ended this January.

“The Board is continuing to consider options for relaunching as a day or as a boarding school. We are fortunate to have a large (100 acre) campus with modern facilities including student residential quarters, an infirmary and a cafeteria as well as three academic buildings,” Guthrie wrote.

He said AHA is a 501c3 nonprofit and is governed by an unpaid board of directors.

“There is no current student body or academic program,” Guthrie said. “The Board does not plan to reopen the school in this year and has yet to decide on a specific program offering.”

Federal officials are quickly exploring their options because of a dramatic increase in the number of children coming to the border without adult family or guardians in recent months.

A former official with HHS during the Obama administration said in an interview that the number of children in HHS custody has grown from around 3,000 in November to as many as 22,000 this month.

The government has a network of permanent or “standard” shelters around the country where these children live temporarily and most of them are state-licensed and house small numbers of children.

But with surging numbers, the government has turned to emergency shelters that resemble those that the Federal Emergency Management Agency might use to house hurricane evacuees, according to that former HHS official, Mark Greenberg, who is now director of the Human Services Initiative at the Migration Policy Institute in Washington, D.C.

Although he said it’s difficult to tell what HHS has in mind for the Greensboro center based on the memo to local officials, it’s possible the government is planning for a center that’s somewhere between cavernous emergency facilities and permanent facilities.

The government had to reduce the capacity in all of its centers because COVID-19 restrictions made it difficult to concentrate children in their customary numbers.

The memo to local officials said that HHS funds more than 14,000 permanent or licensed beds for children and the surge means another 14,000 emergency-intake beds are needed.

The American Hebrew Academy, with its large campus designed for international boarding students, is a high-security facility with all of the infrastructure needed to house hundreds of children, Greensboro and Guilford County officials say.

While some emergency facilities are located in convention centers or other big rooms with rows of cots, these semi-permanent centers can be more inviting for children that have, at best, faced a long journey and many struggles.

“Historically it’s been 90% of the children or more are coming from El Salvador, Guatemala or Honduras,” Greenberg said. “They are very frequently fleeing from gangs or terrible violence in their country of origin or trying to escape from desperate economic conditions — often traumatic experiences in their home country or on the journey or both — that makes access to a supportive environment with mental health services very important.”

“It’s a difficult and dangerous journey and children don’t make that decision casually,” he said.

Melvin “Skip” Alston, chairman of the Guilford County Board of Commissioners, said a federal facility at the Greensboro campus would offer children mental health and medical treatment, educational opportunities and other programs designed to ease their entry into the United States.

And if this site is so designed, Greenberg said, it could be a good place for children, even though their goal is to leave as soon as possible.

“They really sought to be warm supportive arrangements where children would typically be for 30-60 days while there were efforts made to determine if there was an adult they could be safely released to,” Greenberg said. “They were not luxurious, but places where one could feel good about children spending time.”

A resettlement facility in Homestead, Fla., is clearly not that inviting kind of place, many critics have said. Its large rooms crammed with cots have held thousands of children in the past decade. The facility was closed during the Trump administration but Biden officials say they have no choice but to reopen it, the Miami Herald reported.

And to be clear, all centers are for the detention of children, who are not allowed to leave on their own, and where the general public is barred from entry.

“It’s harder to be a warm, supportive environment when the facility becomes very large but the focus has still been on providing good services while working to have children released,” Greenberg said. “The whole situation has become much more challenging this spring because there was such a shortage of capacity and the need to turn to intake sites with much more minimal services.”

Stevens, of HHS, wrote to local officials that the local center, if created, would serve a similar function as the one at Carrizo Springs, Texas.

According to an HHS fact sheet for that center, the site will accommodate some 1,000 children age 2-17 in “hard-sided structures” and “soft-sided” buildings or tents might be used for overflow.

HHS has pledged that it would offer visits with elected officials, media and “key stakeholders” once the center can be safely open to visitors.

The government wrote in its fact sheet about Carrizo that children have a schedule with three meals a day, classroom education and recreation.

“Each child has a plan for case management, visits with mental health clinicians, and has access to legal services,” the government says in the statement. “Health care, mental health care, and general child welfare services are available 24/7.”

Greenberg said comments made by Greensboro officials that the local facility could be operated for years suggest that the government may seek state licensing for that site, but that’s only speculation on his part.

There is no national directory of licensed shelters for unaccompanied children, Greenberg said, because the government doesn’t like to publicize locations that may make those children vulnerable to the kinds of human traffickers and other criminals they are fleeing.

And he said that the number of such children released to the custody of their families in North Carolina is relatively small compared with other states.

Since 2014, he said, North Carolina is the ninth-busiest, with 10,111 children processed through first quarter of 2021, “which is a fairly small share of the national total.”

By comparison, during that same period Texas and California each processed more than 40,000 unaccompanied children, according to Greenberg’s Migration Policy Institute.

Does an alien species live inside stars?

Does an alien species live inside stars?

Federal officials have toured the former American Hebrew Academy, which closed in 2019, as a potential site to house immigrant children who have crossed into the U.S. unaccompanied by an adult. Such sites are used to temporarily house the children until they can be reunited with family.

The former American Hebrew Academy, with its large campus designed for international boarding students, is a high-security facility with all of the infrastructure needed to house hundreds of children, Greensboro and Guilford County officials say. School officials say they have not committed to this particular use of the campus, which closed to students in 2019. Plans to reopen as an international school ended this January.