The Rev. Kermit Wilson Jr. died of COVID-19 in September. 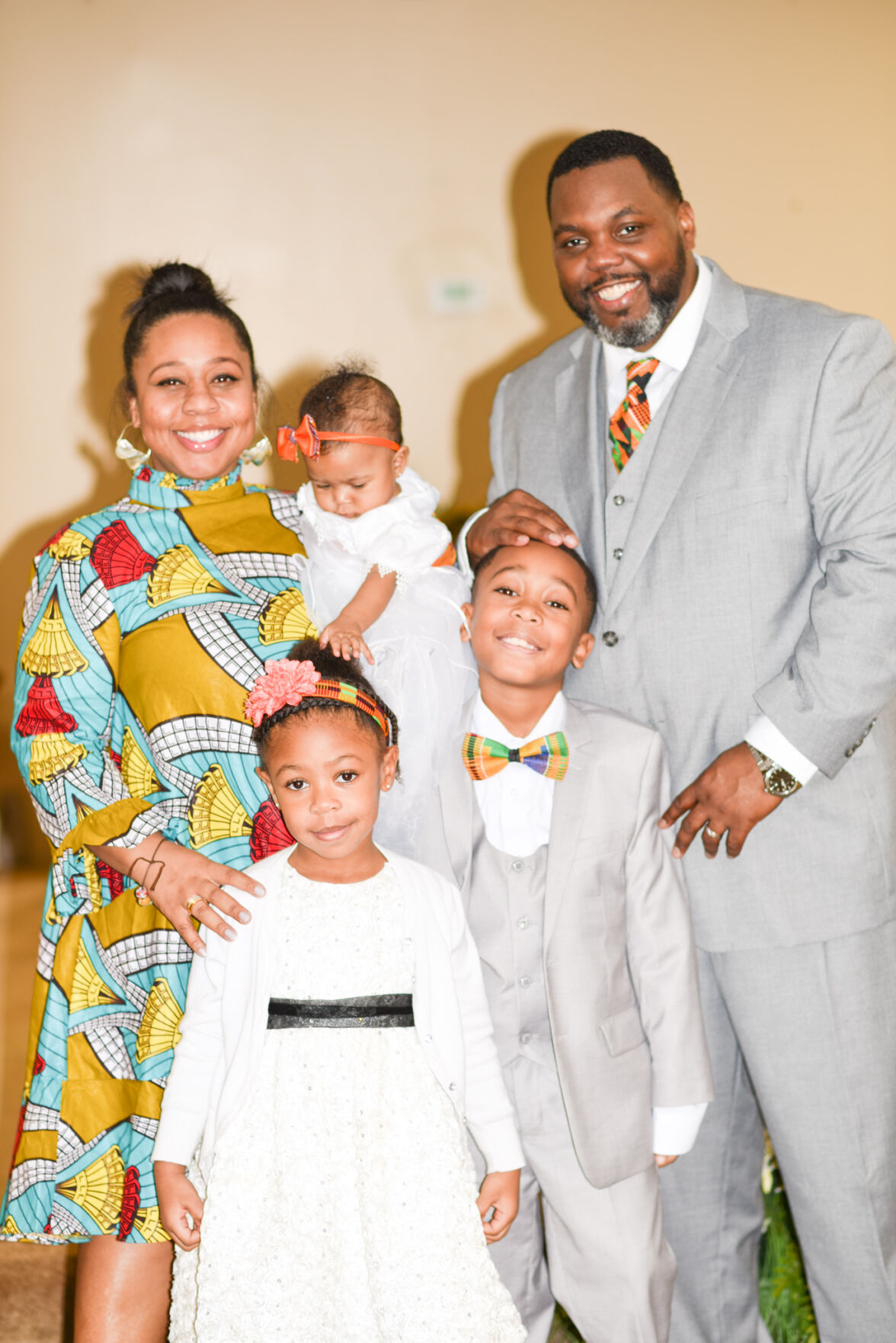 The Rev. Kermit Wilson Jr. died of COVID-19 in September, leaving behind his wife, Miracle Wilson, and three children.

GREENSBORO — The young pastor and his wife had lots of questions about getting the COVID-19 vaccine.

What about the baby they wanted? Would it wreck their natural immune system, damage their hearts? Was it immoral due to the controversy surrounding its development, they asked themselves.

"Answers to which no longer matter now that COVID crystalized his lungs and claimed his last breath," a heartbroken Miracle King Wilson said after burying her 43-year-old husband, the Rev. Kermit Wilson Jr.

Kermit Wilson, who had moved to Cary but was the pastor of New Life Ministries Church of Greensboro on Vandalia Road, spent 41 days in the ICU at WakeMed Hospital before his death Sept. 17, after contracting the deadly virus.

And a soulmate who despite her grief is opening the doors of the church he led to urge others to get the shot. New Life Ministries, which had yet to reopen for in-person services after closing in March 2020, has partnered with the Guilford County Health Department for a clinic on Friday with both appointments and walk-ins available to the public. Both initial and booster shots are available.

Miracle Wilson called the health department to inquire about scheduling a clinic the day before his funeral.

"I regrettably will forever ask myself: If he had taken the vaccine, would he have lived life past 43?" she said.

The upcoming clinic at New Life Ministries is among more than a dozen community-based clinics in the next few weeks. Organizations such as churches and nonprofits can schedule clinics with the local health department. Holding clinics in these settings does make a difference in drawing people, said Kenya Smith Godette, a spokeswoman for the Guilford County Health Department.

"Through research we've found that for some groups, whether in rural areas or minority communities, it's just that factor of trust," Godette said.

Kermit had attended N.C. A&T in the early 2000s after earning a bachelor of science degree in natural sciences from Virginia Union University in Richmond, Va. At A&T, he earned a master's degree in food and nutritional science. He would later earn a master's divinity degree in pastoral preaching from Liberty University.

He was an operations supervisor at Post Consumer Brands.

"Kermit was kind-hearted, gentle, jovial, loving and wanted the best for everyone," his wife said.

While at A&T and looking for a church in the late 1990s, he opened the Yellow Pages and found New Life Ministries, where he was given the opportunity to teach bible study and preach. He had felt a calling into the ministry as a teenager back in Florida, where he led youth services at his church. In Greensboro in 2010, he was ordained as an elder at New Life Ministries, where he lead the educational and men’s ministries. He was also selected and served as a member of the advisory board. In 2014, he was asked to pastor the church.

The Wilsons were already building the ministry's reach online when the pandemic hit.

Kermit and Miracle had talked about the vaccine and had trepidation at first.

"Since the vaccine was released confusion, distrust, uncertainty and fear dominated many of our dinner table discussions," Miracle said.

While they were not vaccinated, the couple planned to be vaccinated before a return to in-person services, but COVID-19 found its way into their household in early August.

"We don’t know exactly how we were all exposed," Miracle said.

Miracle recalled feeling foggy, tired and having a headache but no fever. Then came the coughing.

"I was coughing as hard as I possibly could," she said. "Each cough was accompanied by recurring waves of exhaustion. I couldn’t think."

Her husband spent that Saturday watching sports and never complained about how he was feeling.

"I was sick as well so I wasn’t sure just how ill he was until Saturday night," Miracle said. "By the time he went to the hospital, his entire body was shaking."

They had gone to an urgent care facility near their home earlier in the week. Miracle said a doctor gave her husband a variety of things, including two inhalers. They were to check back a few days later.

But Kermit was getting worse.

"Other neighbors watched from the window and prayed," Miracle said.

Kermit had begun coughing up blood and grabbing his chest.

"The realization of how far the COVID had reached was suffocating the both of us in that moment," Miracle said.

That would be the last time Kermit was home.

"Kermit was one of the millions that needed the vaccine to live," Miracle said. "We just didn’t know it."

He was put on a ventilator at WakeMed Hospital near their home in Cary — one of the few hospitals still taking patients while others were at capacity.

"He stayed at WakeMed Cary for 41 days and was cared for with honor, dignity and hope by the ICU staff there," Miracle said. "They tried all they could, and he was rarely alone for long periods of time.

"My sweet love died on the COVID unit among a sea of infected people."

She got vaccinated. And decided to publicly urge others to do the same. She knows her husband wouldn't want others to go through what he experienced.

"Kermit was about people, building them up and positioning them to flourish in their life’s calling," Miracle said of his hope for others. "You can’t do that if COVID claims you."

What: COVID-19 vaccination clinic in honor of the late Rev. Kermit Wilson Jr.

Information: Open to the public for initial shots or booster shots, ages 12 and up. Appointments suggested with a limited number of walk-in spaces. Guilfordvaccination.com or (336) 402-2143.

To host a vaccination clinic, go to the Guilford County Health Department website at www.guilfordvaccination.com.

Other upcoming community-based vaccination clinics include:

The property on the corner of Bunch Road and Interstate 73 looks like any number of parcels in northwestern Guilford County. But just beyond its kudzu exterior lays the foundation for a massive recreational area for the region.

Police report a third armed robbery of a Greensboro store by a female suspect. Is it the same woman?

No injuries have been reported in the incidents.

Both winners said they might use the money to buy homes.

David Parrish said he's able to see the city in a new way for the first time since he began his career in city government nearly two decades ago.

Officers responded to a report of "odd odors and suspicious materials" at an apartment in the 1300 block of Adams Farm Parkway, according to police.

"We’re looking at getting these cases moved and getting them on for trial dates," Superior Court Judge John O. Craig said this week.

The shooting occurred late Friday in north Greensboro. Officers responded to 3504 Cloverdale Drive after a resident requested help regarding an individual attempting to enter the residence.

The USGS said it was roughly 1.2 miles deep.

The Rev. Kermit Wilson Jr. died of COVID-19 in September.

The Rev. Kermit Wilson Jr. died of COVID-19 in September, leaving behind his wife, Miracle Wilson, and three children.