The city’s police officers and firefighters gathered on bridges over Salem Parkway and waved to a motorcade that carried Kernersville Police Officer Sean Houle to his home in Germanton.

“He (Houle) is doing much, much better,” Jones said. “He still has a long road to recovery ahead of him because he has to have more procedures done.”

Houle was shot three times with his own gun about 3:30 a.m. Feb. 21, Kernersville police said. Quinton Donnell Blocker, 37, has been charged with attempted first-degree murder, felony assault on a law-enforcement officer with a firearm and possession of a firearm by a felon.

Arrest warrants show Houle was “returning a subject to his residence after release from custody” and encountered Blocker at Century Square Apartments, which is near Century Park and Century Place boulevards in Kernersville. Earlier in the day, Blocker ran from Houle during a traffic stop, according to the warrants.

Houle was shot three times in the face, arm and hand with his gun, police said. Police officials haven’t released additional details about how Houle was shot.

Houle was in a marked cruiser and was not dispatched to a call at the time, police said. Houle called dispatchers and said he needed help. Kernersville officers do not have partners in the vehicles when they are out on patrol, police said.

On Tuesday, Houle was smiling and waving to the officers and other first responders who gathered to honor him, Jones said. Houle hugged many officers at the hospital.

These robots are made from biological tissues and can self-replicate

A long forensic mystery solved? Dating fingerprint may no longer be a problem

A long forensic mystery solved? Dating fingerprint may no longer be a problem

Bandera Farms Park in Summerfield also will include a link for the the planned 19-mile greenway between Greensboro and Winston-Salem.

Both winners said they might use the money to buy homes. 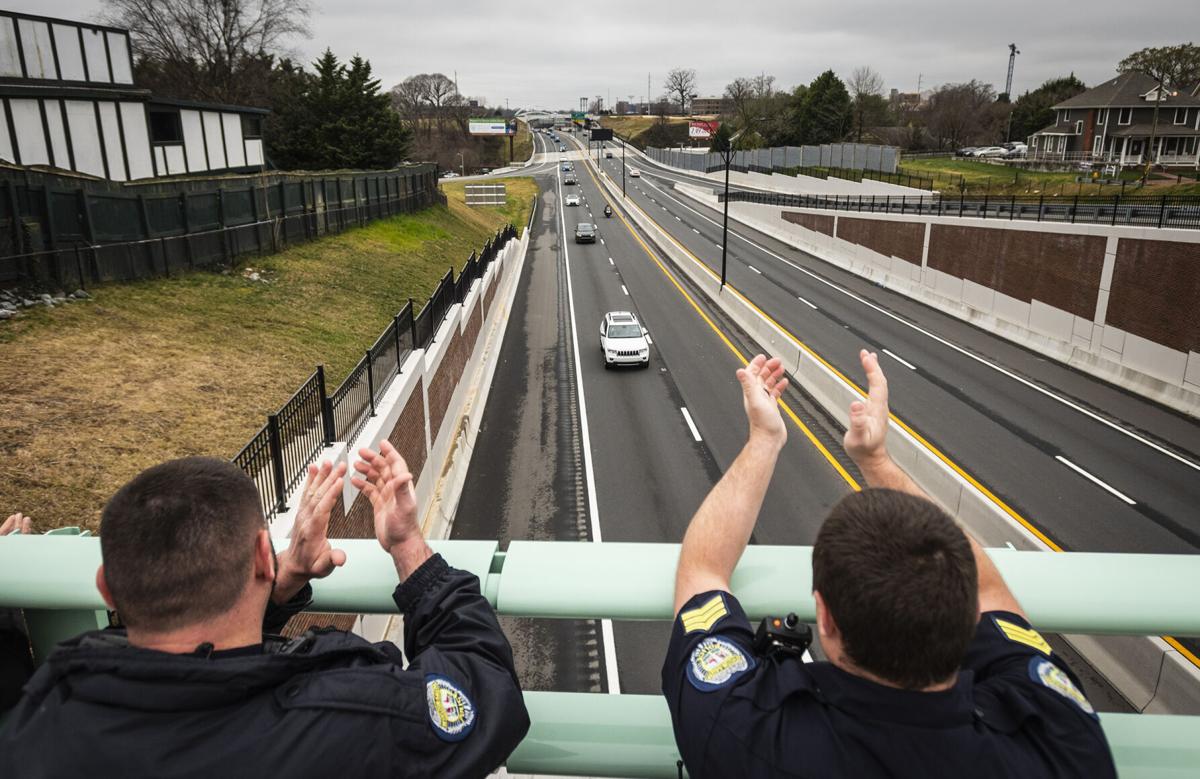 Officers with the Winston-Salem Police Department applaud from the Marshall Street bridge in Winston-Salem as a caravan carrying Kernersville Police Officer Sean Houle home from the hospital passes on Tuesday on Salem Parkway.