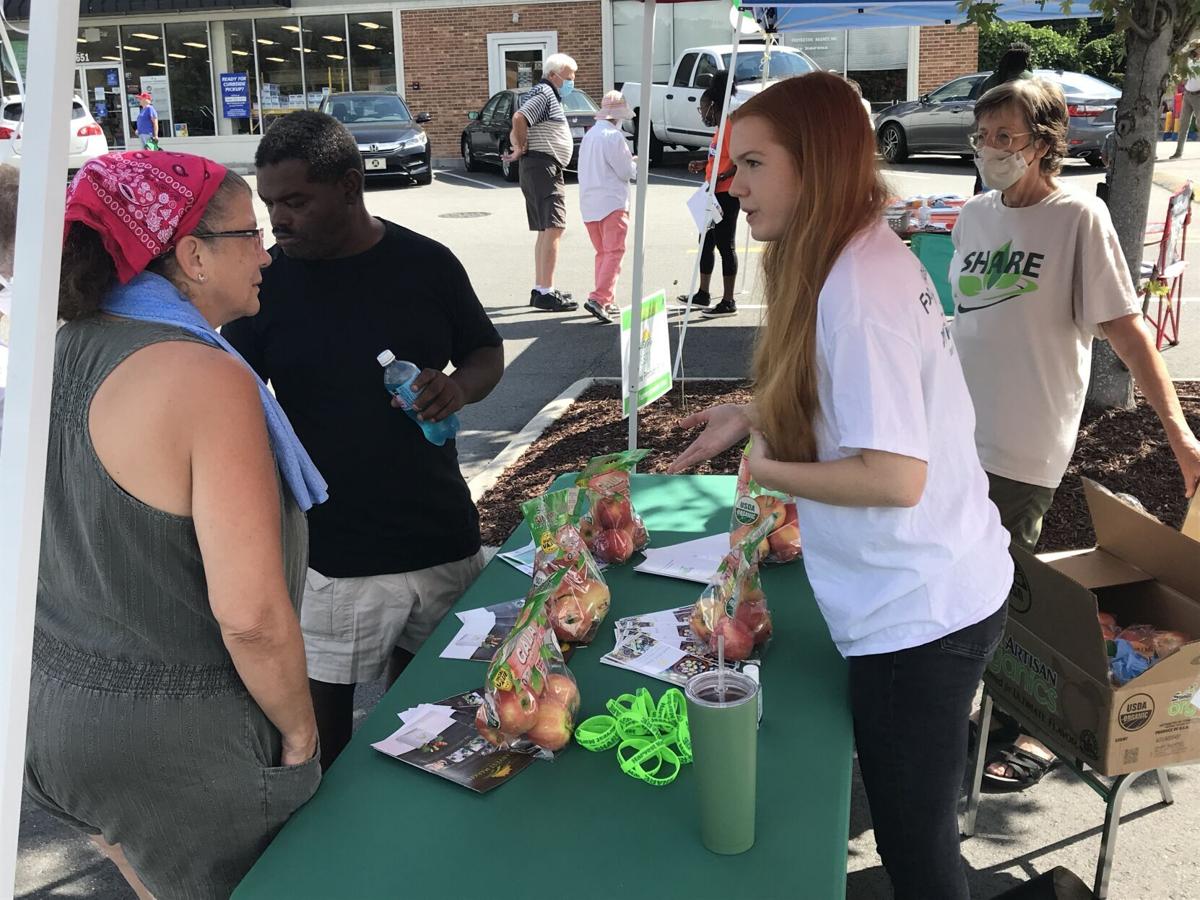 Isabelle Lord (right), a SHARE Cooperative volunteer, talks with Becky Fulp (from left) and Pastor William Crowder, both of Winston-Salem, during Fun Day on Saturday in the West Salem Shopping Center in Winston-Salem. 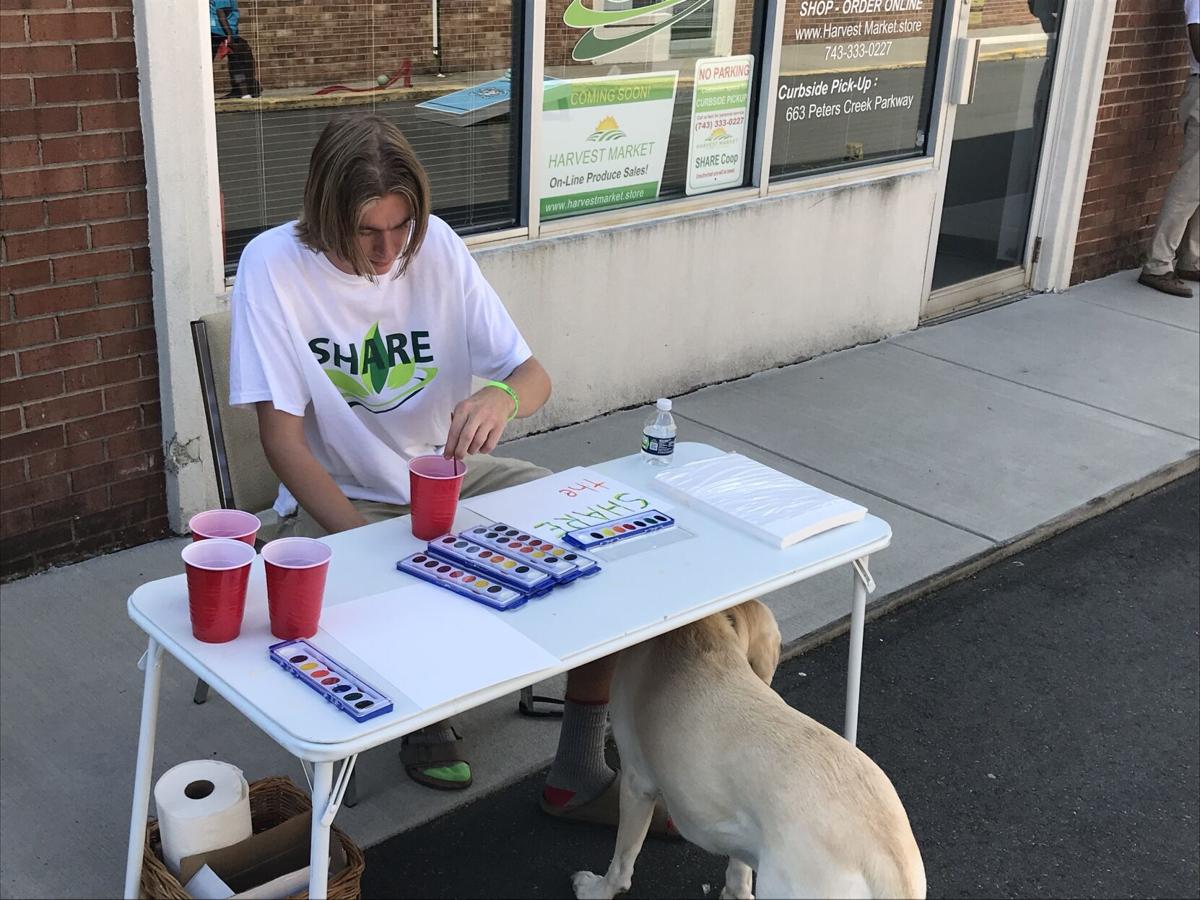 Winston-Salem Journal Allen Pickett of Lewisville was among 21 SHARE volunteers who attended the organization’s Fun Day on Saturday at the West Salem Shopping Center in Winston-Salem.

WINSTON-SALEM — More than 100 people attended a Fun Day event Saturday in the West Salem Shopping Center, which was designed to promote a planned grocery co-op in the location.

“Today, we wanted people to know that we are alive and kicking,” said the Rev. Willard Bass, an event organizer and a co-founder of SHARE.

During the event, customers bought food and picked up the produce they bought from the online Harvest Market store.

Organizers also distributed information about plans for the grocery co-op’s full-service Harvest Market, which is scheduled to open in about six months in the former Food Lion location in the shopping center.

The co-op, which has more than 450 members, anticipates 34 full-time jobs at the planned grocery store, organizers say.

Bill McClain, of Winston-Salem and of Mr. Bill’s Productions played rhythm and blues, soul and urban contemporary gospel music throughout the event.

Watt said she is looking forward to the opening of Harvest Market.

“It will be convenient for me,” Watt said. “I get tired of going to Food Lion and Walmart. My son lift weights, and the store will have nutritious food for him.”

Lamar Lewis of Greensboro said the brick-and-mortar Harvest Market will address food deserts in Winston-Salem. There is a similar grocery co-op in downtown Greensboro, he said.

“I would love to come here to shop,” Lewis said. “We have to do something about food deserts.”

The U.S. Department of Agriculture defines food deserts as urban neighborhoods and areas in rural towns without nearby access to fresh, healthy and affordable food.

Doreen Bahm of High Point helped set up a voter registration tent in the shopping center’s parking lot during the event.

Bahm also said she welcomed the opening of Harvest Market and she hopes that the store will be successful.

“Customers will have locally grown products and more diverse products” than those available in large chain grocery stores, Bahm said.

In September 2020, the Winston-Salem City Council approved a $300,000 grant for the planned store.

The project also has attracted $1.5 million in other grants, loans and contributions from various nonprofit and faith organizations.

Across the five years before the pandemic, the district's enrollment, including pre-K, dropped by 450 students, according to a News & Record analysis of data provided by the district. Within the last two years it dropped by another 3,367.

Ask a Reporter: Trying to get an appointment for license renewal is difficult

Also, how do you remove mildew stains from clothes?

Isabelle Lord (right), a SHARE Cooperative volunteer, talks with Becky Fulp (from left) and Pastor William Crowder, both of Winston-Salem, during Fun Day on Saturday in the West Salem Shopping Center in Winston-Salem.

Winston-Salem Journal Allen Pickett of Lewisville was among 21 SHARE volunteers who attended the organization’s Fun Day on Saturday at the West Salem Shopping Center in Winston-Salem.