RALEIGH — As the sun rose Thursday, voters at some polling stations in the state formed lines hundreds of people deep, waiting hours to cast their ballots on the first day of early voting in North Carolina for the Nov. 3 election.

Combined with mail-in absentee ballots also received so far, more than 826,285 North Carolinians had already voted in the election by Thursday night, about 11% of registered voters, the state elections board reported.

SUMMERFIELD — A woman who died in a Summerfield house fire in early October has been identified.

Kenneth Daymon Swann, 34, was heading east on Burlington Road on a 2015 Harley Davidson motorcycle when he collided with a 2013 Volvo SUV driven by 32-year-old David Quinton Devon Ingram of Greensboro, police said in a news release.

The state reported two new deaths in Guilford County on Tuesday, bringing the death total to 195.

GREENSBORO — Officials are investigating after a woman found unresponsive in a holding cell at the jail early Friday later died, the Guilford …

With 94% of hospitals reporting, 1,144 people were hospitalized Sunday because of the coronavirus, according to the latest state data. That's 13 more than Saturday.

Pandemic parking reprieve is over in Greensboro

The city on Monday, Oct. 19, resumes issuing citations for expired meters and other violations.

In all, 4,032 state residents have died since the start of the pandemic.

According to state health officials, there were four new deaths reported in Guilford County on Thursday, bringing the total to 200 deaths. 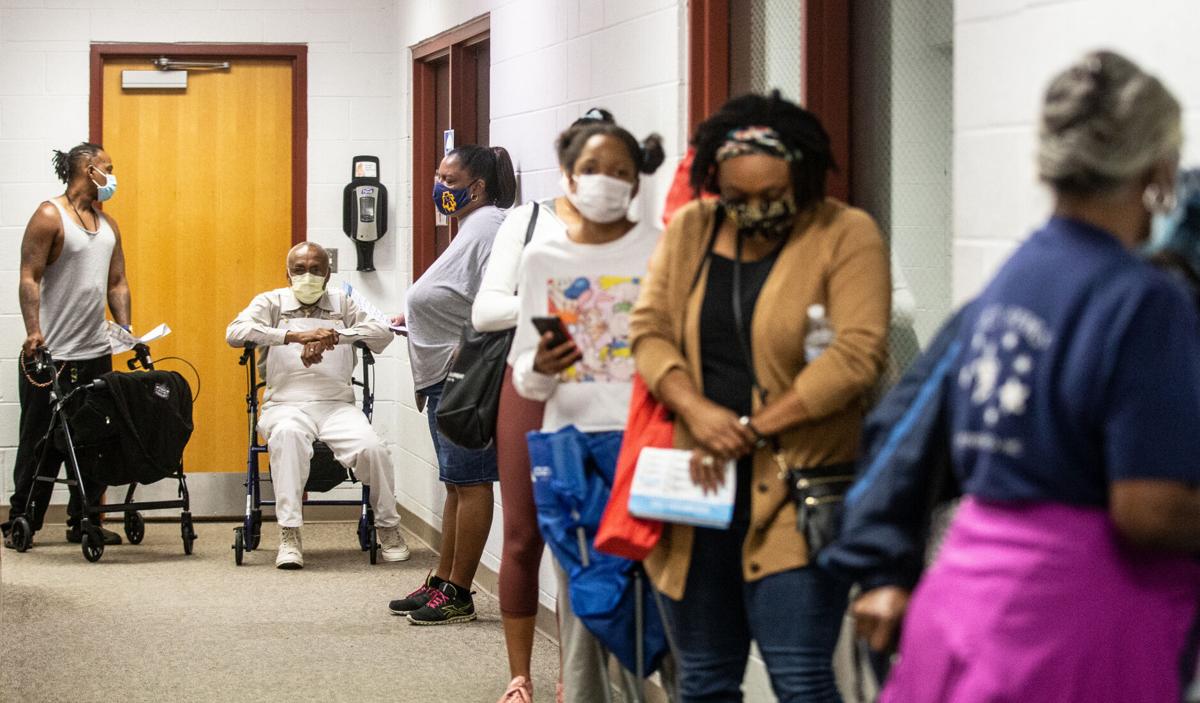 Voters wait in line at the polling site at Barber Park in Greensboro on Thursday. Combined with mail-in absentee ballots also received so far, more than 826,285 North Carolinians had already voted in the election by Thursday night. 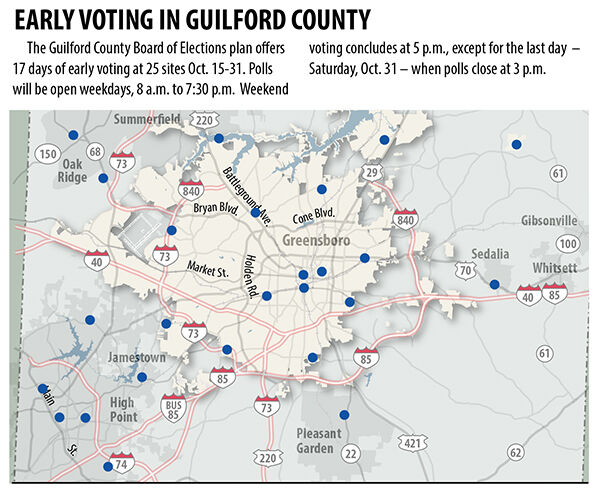