Westchester Harbour at 630 Whittier Ave. has reported 39 cases of the highly contagious disease, according to the N.C. Department of Health and Human Services. The report showed no deaths have occurred.

Of those cases, 30 involved residents and nine involved staff members, according to the report.

A message left with the facility's administrator late Tuesday afternoon was not immediately returned.

The report does not indicate the dates when positive test results were received or when they were reported at the local level.

On its website, NCDHHS notes that data in the reports is preliminary, and these numbers and facilities are subject to change. Cases listed in the reports do not necessarily represent active cases. 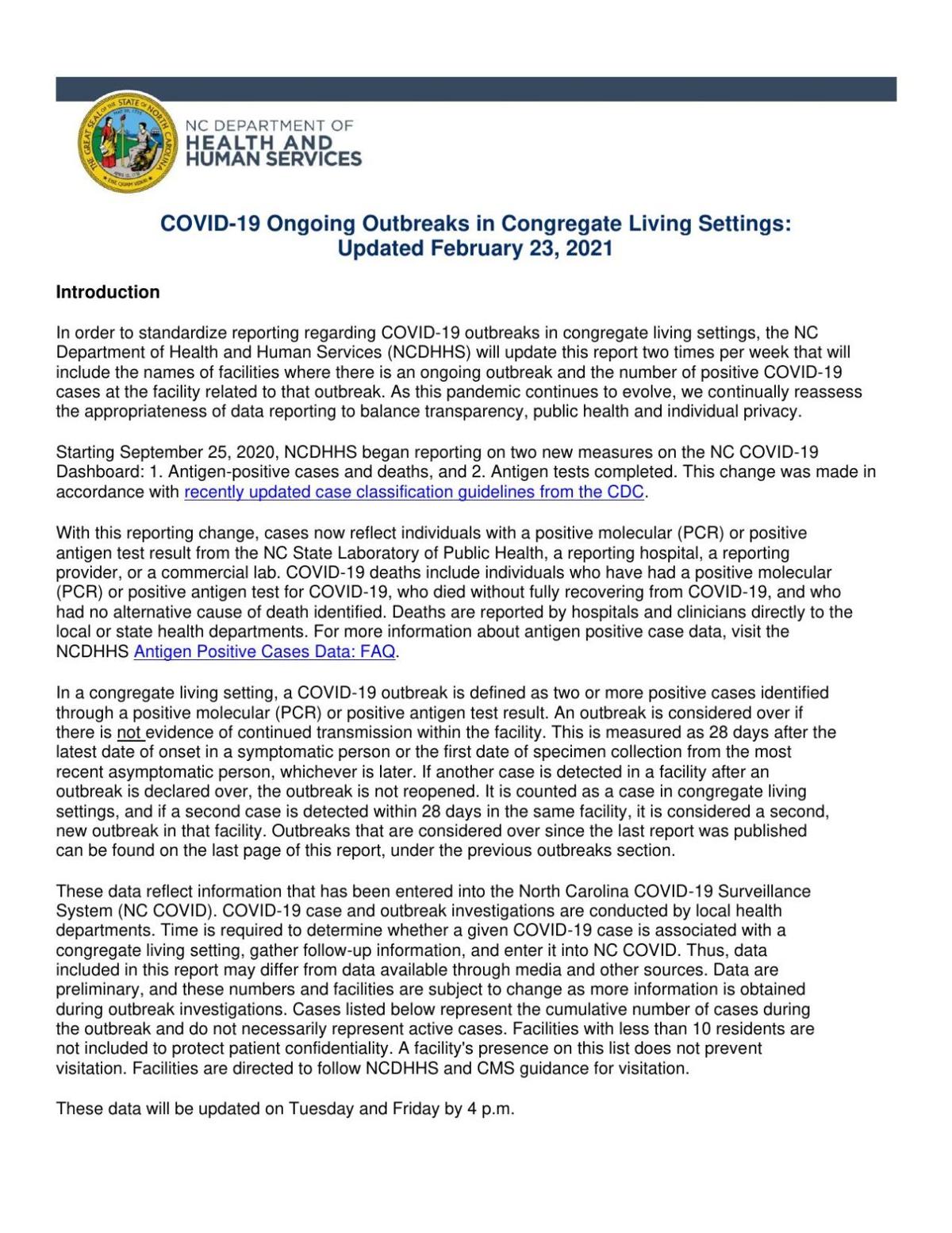 “My only frustration is the anxiety and the fear that it causes residents and employees and residents’ families," said Danielle Hollowell, administrator at Clapp’s Nursing Center in Pleasant Garden. "They don’t deserve that fear and anxiety.”

Deal reached to get Calif. kids back in classrooms