GREENSBORO — With still another month left in 2020, Greensboro has seen a record 56 homicides, surpassing last year's record of 45.

Almost all of the victims are black, and authorities say the assailants in violent crimes are getting younger and more guns are being used to commit them.

Greensboro Police Chief Brian James said it's not just a problem for police.

"This is a community problem and will require a community response," James said Monday afternoon during a press conference, joined by Mayor Nancy Vaughan and three city council members.

Of the 56 homicide victims, James said six are white, three are Hispanic and 47 are Black. Thirty arrests have been made in connection to the 56 homicides.

Despite launching a Violent Crime Strategy in May, violence in the city has only seemed to build. James said he reorganized the department to align resources from multiple divisions to better handle and solve violent crimes, as well as tasking patrol divisions to be more proactive with community policing. But it's not making the dent he hoped it would.

On Nov. 16, three people were shot — one fatally — during a shooting outside of the Greensboro courthouse. A few days later, police announced the arrest of 18-year-old Sterling Jaisean Tyler, a High Point man. Tyler was charged with several crimes related to the shooting, which James said they are still investigating.

James said the courthouse shooting is an example of how "bold and brazen" the criminals they are encountering nowadays are becoming.

"For someone to shoot somebody in broad daylight, at 11:30, right outside the courthouse, around the corner from the police department, across the street from the sheriff's office — it was insane."

The ages of the criminals they are encountering are getting younger and younger, according to James, with most being in their late teens to early twenties.

"If you're 17 or 18 and you're using a gun, just three or four years ago, you were probably in middle school," James said. "How do you get from middle school to carrying a gun and willing to shoot people?"

The violent crimes this year inspired targeted efforts to remove guns and narcotics from the community.

To date, James said the department has confiscated more than 1,000 guns this year.

"However, we've had approximately 1,190 assaults involving firearms, which is a 19 percent increase compared to this time last year."

The department's efforts to tamp down violent crime is clearly not enough, James said. He added that COVID-19 restrictions on face-to-face contact have hindered officers in connecting with the community, as he'd hoped to accomplish when he took on the role of chief.

In July, James begged for the community's help in reducing senseless violence. He's still hoping for the same assistance now.

"Many of those factors are rooted in access to employment, housing, education, health care and mental care."

Mayor Nancy Vaughan said that public safety is at the top of her and the Greensboro City Council's list of concerns.

"I want people to know that we are prepared to assist the Greensboro Police Department with the tools that they need to attack this problem," Vaughan said. She pointed to gang violence and domestic violence as two major areas of concerns.

"When we look at where these shootings occur, they occur primarily in east Greensboro," she said. "We know that we have to deploy more resources to bring every area of the city up to standard."

James said even if you don't live in east Greensboro or areas where there is frequent violent crime, it still needs to be an issue at the forefront of every community member's mind.

People who have knowledge about crimes in Greensboro can anonymously call the Guilford/Greensboro Crimestoppers at 336-373-1000 to leave a tip or visit P3tips.com.

Biden: 'Prepared to negotiate,' on infrastructure

Biden: 'Prepared to negotiate,' on infrastructure

Biden calls for peace and calm after MN shooting

Biden calls for peace and calm after MN shooting

The report does not provide dates of positive cases or whether any of the cases are still active.

The incident "sent people running," according to statement from Greensboro Mayor Nancy Vaughan.

The state’s semiweekly report defines “COVID-19 clusters” in child care or school settings as a minimum of five positive cases within a 14-day period. A cluster is considered over after 28 days if there is no evidence of continued transmission.

Chavez Laquan Vargas, 29, died from his injuries, according to police.

One year later, those we've lost during the coronavirus pandemic in Guilford County

A review of Guilford County death certificates shows that COVID-19 was the main cause or a contributing factor in more than 950 deaths in Guilford County from March 2020 through March 7 this year.

Ask a Reporter: Can drones fly over my house without permission?

Also in this installment of Ask a Reporter: What does flying a flag at half-staff mean?

The billboard, tucked near some trees on the eastbound ramp from N.C. 66 to U.S. 421 toward Greensboro thanks President Biden for promoting relief checks and says "no thanks" to Republican Sens. Burr and Tillis.

NC parents, if you never got that $335, here's where you sign up

The state legislature extended the deadline for parents to apply for a $335 payment to help with expenses during the pandemic.

Gustavo Toledo-Rodriguez, 29, of Kernersville died after losing control of the motorcycle.

Major expansion at Greensboro Science Center brings new animals, a colony of treehouses and lots of technology and science

The expanded area of the facility off Lawndale Drive is expected to open to the public in May. 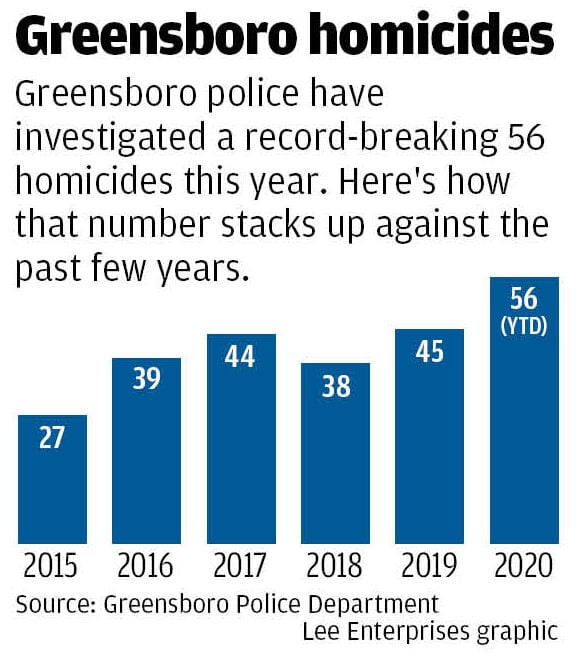 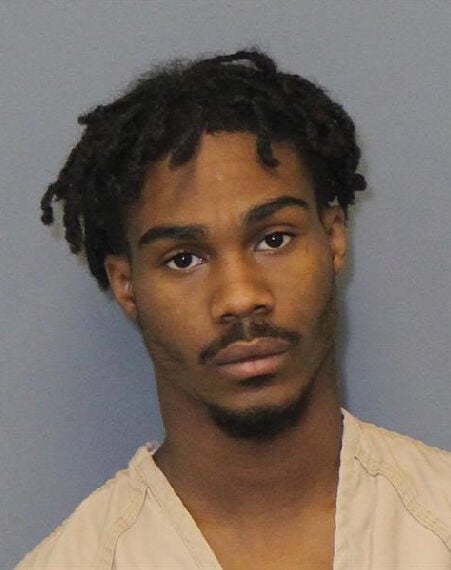