GREENSBORO — Attorney Don Vaughan’s client was the next on the docket when Susie was brought into the courtroom as part of the case being heard that February day in 2010.

The pit-bull mix puppy, who had been horribly beaten, still had burn marks on her back and most of her body and a broken jaw, and was missing her ears on that day in court as the man accused of hurting her was sentenced for animal cruelty.

Susie now had a family and a protector in Donna Smith Lawrence, who had adopted her.

“I heard the case and I thought it was unbelievable that the judge couldn’t give an active sentence for those horrific injuries,” Vaughan said.

The man had never been convicted of another crime and sentencing guidelines didn’t give the judge the option to send him to jail for what he did to Susie.

The following Monday morning, Vaughan, also a state legislator at the time, drafted Susie’s Law, which passed in 2010 and would become a model for other states.

“I talked to Democrats, Republicans and Independents and it passed 47-0,” Vaughan said of the Senate. “It was the first animal abuse bill that had been passed in 100 years.”

When Susie the dog died last week, the cruelty she faced before being left for dead in 2009 moved not just a community but people across the world as the story spread to books, a full-length feature movie and stuffed animals sold with a miniature copy of the bill attached to where her ear should have been.

The law raised punishment to a “Class H” felony, which allowed anyone convicted of animal abuse to serve jail time. They didn’t have to already have a criminal conviction.

Within the first four years, 1,506 charges of animal abuse and 257 charges of intentionally starving an animal to death had been filed against residents statewide, according to data provided by the Administrative Office of the Courts.

“It was upheld in every case,” Vaughan said. “What it created nationally was a sea change from misdemeanor punishment to felony punishment with jail time.”

One of Vaughan’s friends, professional golfer Lee Porter, was sitting in a Salt Lake City bagel shop when he saw a crawling news alert on the shop’s TV saying the first person there had been convicted of animal cruelty and sentenced to 20 years patterned after Susie’s Law. Other states followed.

It was Parrish who had Susie brought into the courtroom that day. And without asking the judge in advance.

“I didn’t tell the judge the dog was coming because I didn’t know how the judge would take it,” Parrish said.

The gallery was full of Susie supporters, who wanted to show their support. The judge found out right before going to the bench and said the dog couldn’t be in the courtroom.

“I said, ‘You go out there and tell them they can’t bring the dog in.’ Not in a disrespectful way — like, I’m not going out there to tell them.”

The judge saw the courtroom was packed.

Susie, with her big brown eyes, laid in the floor right in front of Parrish as the case was heard.

The defendant had claimed he beat the animal because it had licked his newborn’s face. The man’s mother told the News & Record in 2009 that he thought she was going to hurt his child.

“I asked him what he was thinking — and he said ‘I don’t know — the dog just jumped on the couch with the newborn and I lost it.’”

During a break at the trial, Parrish had told Susie’s supporters that while the cruelty was vile, the judge would not be able to give him active jail time because of the way North Carolina laws were written. Because the man did not have a prior conviction, he would likely get probation on that charge.

The man would receive jail time for other charges including burning personal property — the dog — the same sentence he could have received for burning a mattress. He received probation for the animal cruelty conviction.

“I said,’ You have to go to the Legislature to get that done.’ “ Parrish said. “It’s the only time in 20-plus years that anyone’s ever listened to me.”

Parrish did not know that Vaughan was working the same angle. But Susie’s Law supporters inundated the halls of the General Assembly to ensure the legislation passed both the House and Senate.

When Gov. Bev Perdue signed the legislation in December 2010, Susie was there to add her paw print.

Lawmakers from other states and animal activists have called Vaughan for guidance. Vaughan had figured out a way to steer clear of the animal production industry. There are now similar laws in 38 states.

“Our bill pertained to household pets, anyone who intentionally abuses animals,” Vaughan said. “One of the blessings was that Susie already had 26,000 friends on Facebook. They worked the halls of the Legislature and that made the difference.”

Vaughan even took her to the floor of the Senate.

She also went to schools and hospitals.

Her nonprofit and Facebook page help to find homes and the money for medical care for other abused animals. Susie’s Hope also promotes education and awareness of the care and responsibility required for owning a pet.

Vaughan, an adjunct professor of state and local government at Wake Forest University School of Law, took her to his class each year as part of the discussion on getting legislation passed.

“She would shake hands with every student, up and down the rows, and then fall asleep,” Vaughan said.

Parrish knows the depths of animal cruelty and the depths of humanity — regarding pets. He said after prosecuting a case involving a kitten — the kitten started chewing on a man’s petunias and he stomped the cat to death — he got emails from as far away as Australia. He said that’s never happened with homicide cases involving people unless the person was a family member or close to the victim.

He also sees the trial as having helped vindicate Susie. When he first met the dog, which was found in a park at just 8 weeks old, they were at Lawrence’s salon. A child was eating hamburgers in front of Susie, who never lashed out and she never lost her temperament despite her injuries.

On the big screen movie about Susie, “Susie’s Hope,” that came through, he said, but Hollywood took some other liberties. Like having Susie’s “mom,” Donna Lawrence, and one of her friends finding the abused animal, instead of the man who found her at a park. Another actor played Parrish in the court scene. But they gave Parrish a sustained cameo sitting in the courtroom with others cast as spectators.

Vaughan was in the movie’s opening scenes and was played by Jon Provost — aka Timmy from the long-running 1950s show “Lassie” — who had 26 pages of lines.

Susie inspired Vaughan to next go after animals left on chains.

“If I ever get back in the General Assembly I’m going to work on that bill,” Vaughan said. “Another Susie inspiration.”

'An inspiration': Susie, abused puppy that became the face of animal cruelty, has died

High Point's Susie the dog had one miracle, so 'maybe God will give her another'

Susie, the burned dog who helped change NC animal cruelty laws, has a tumor on her spine

Susie gets chance to shine on ‘Today’

A place to heal

'Disappear the women closest to you': Former Greensboro businessman will serve extra time for threat to judge

Former high school basketball coach Stan Kowalewski will spend another year and three months in prison on the charge, according to the U.S. Attorney’s Office for the District of South Carolina. He had previously been convicted on 22 counts related to a fraud scheme and sentenced to more than 17 years in federal prison.

The bridge will remain closed until further notice. DOT didn't say what maintenance workers found. Crews will return next week to conduct further assessments and determine what actions will be taken, DOT said Friday in a news release.

HIGH POINT — A driver of a pickup truck lost control, causing a crash that killed a woman in another car over the weekend.

Why the colors of sunsets are so incredible

Why the colors of sunsets are so incredible 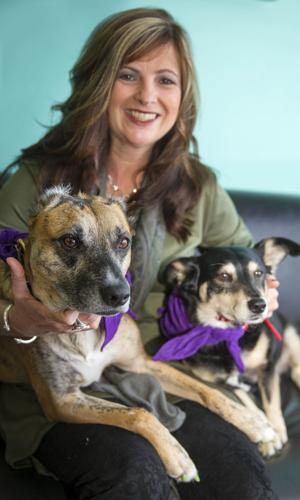 In this 2014 photo, Donna Lawrence is pictured with Susie (left) and Big Girl. 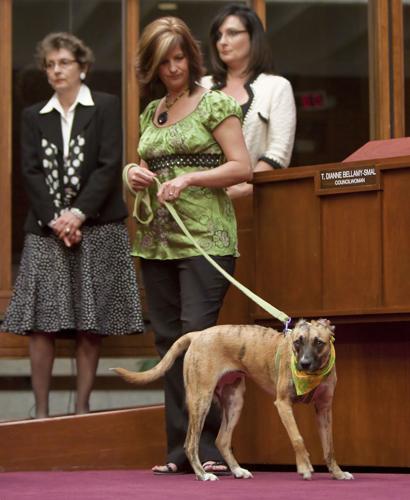 Susie, a pit bull-shepherd mix who survived being severely burned by her former owner, makes an appearance at a City Council meeting in April 2010. Donna Lawrence (front) adopted Susie after she recovered from her injuries. 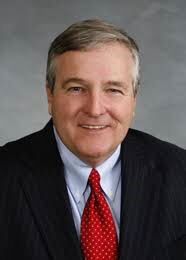