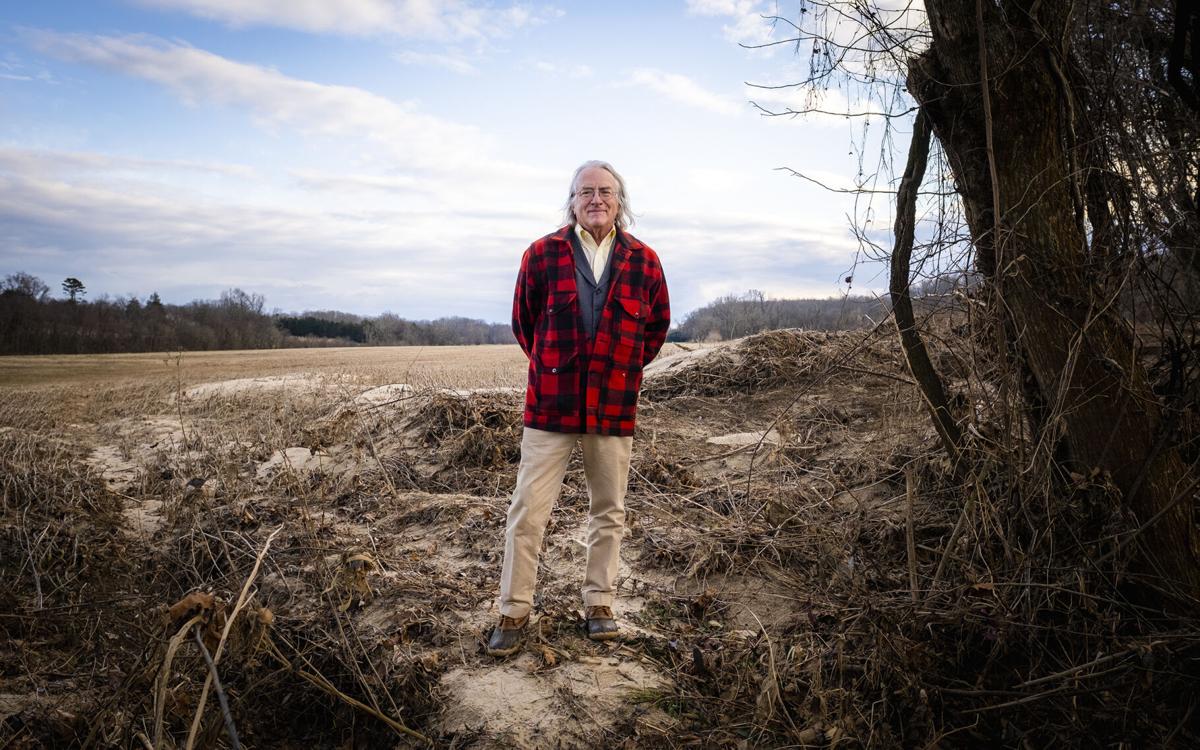 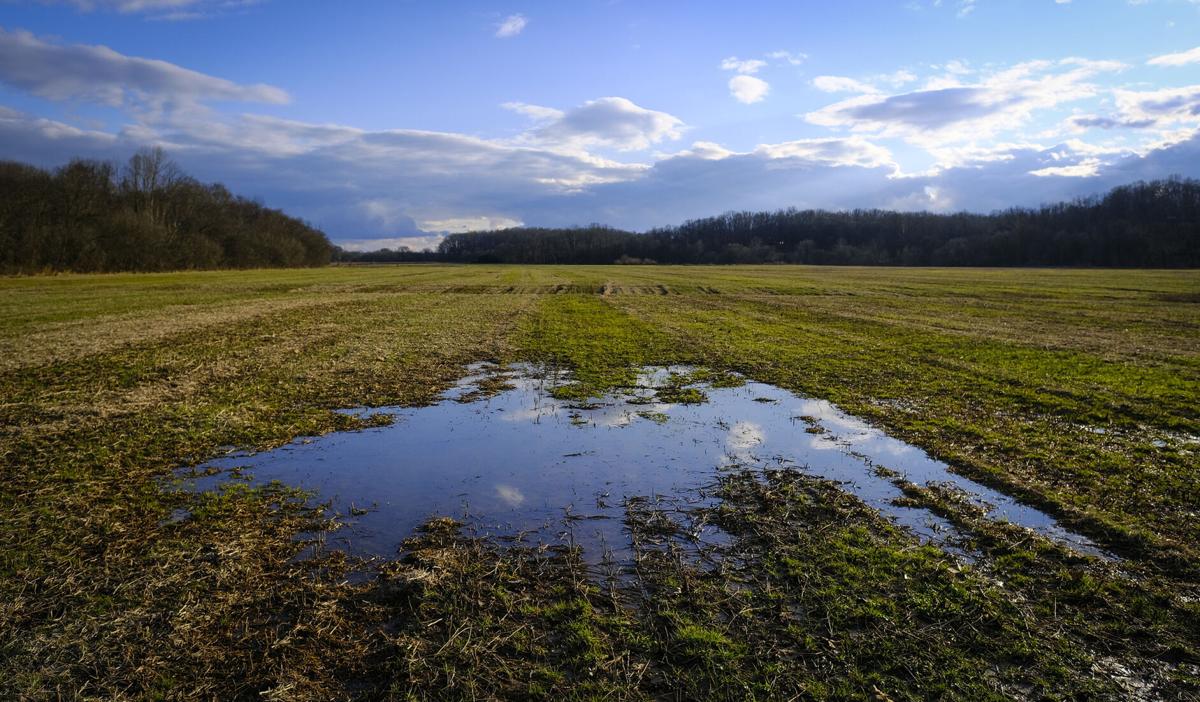 A view of the 245-acre plot of land recently acquired by The Conservation Fund on Tuesday, Jan. 5 in Lewisville. There are plans to convert the land, which has an almost mile long frontage along the Yadkin River, into a park highlighting the natural beauty as well as the historic importance of the area. 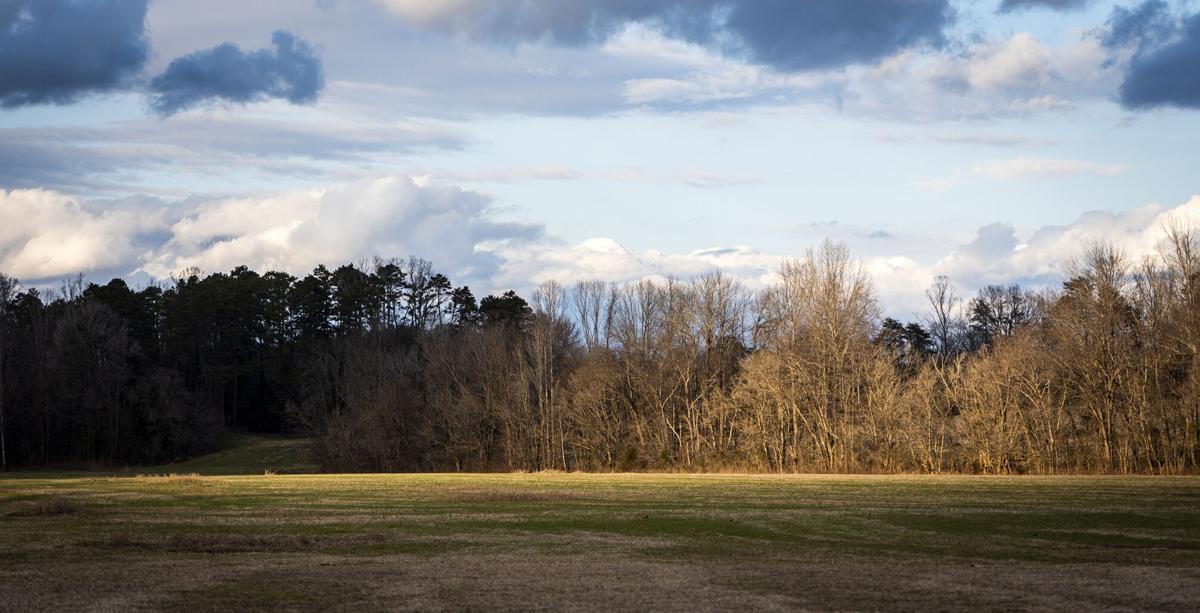 A view of the 245-acre plot of land recently acquired by The Conservation Fund on Tuesday, Jan. 5, in Lewisville.

The Messick Farm property in western Forsyth County has been acquired with plans to convert the 246 acres off the Yadkin River into a historic preservation site with walking trails.

The seven tracts are in the Shallowford and Williams roads areas of the county at the Shallow Ford segment of the river. The only tract with a listed address is at 9600 Shallowford Road.

According to a Forsyth Register of Deeds filing Thursday, The Conservation Fund of Arlington, Va., paid $2.8 million to purchase the land from The Winston-Salem Foundation and Jean M. Messick.

The fund's involvement is providing a bridge loan. The Lewisville Historical Society and Sons of the American Revolution are among the groups raising money to acquire the land as a potential state park.

About $750,000 has been raised from local and state philanthropic donations, said Mike Leonard, who started recently as a local official for the fund. Leonard retired as a partner with Womble Bond Dickinson.

Cici Fulton, the foundation's marketing director, said the sale proceeds "will ultimately establish an endowment to support a number of local and national charitable organizations."

Leonard said Jean Messick and her late husband, Jim, brought the foundation in as a holder of the deed to preserve the property as a farm or historic site, rather than becoming a residential development.

"The Messicks were very interested in the property being used in this manner once they passed," said Jack Thornton, an attorney representing the family.

Leonard said the goal is to have the property available for public use within 12 to 14 months.

According to the N.C. Department of Cultural Resources, Shallow Ford "is a geographical landmark rich in history."

"The ford, a flat-bottomed section of the river used in the 18th century as a wagon crossing route, was the site of skirmishes during the Revolutionary War and Civil War. It was the place where Lord Charles Cornwallis led his British troops across the Yadkin River in February 1781.

"It was an integral part of the Great Wagon Road, which linked backcountry North Carolina with colonies along the eastern seaboard."

There have been re-enactments of some of those historical events on the property.

Leonard said The Conservation Fund is "is buying the land so it can be protected and interpreted in connection with the upcoming 250th anniversary of the Declaration of Independence and the American Revolution."

"Our goal is to have a park out there for passive use — historic signage, access for river canoeing, and trails along the Yadkin River State Trail.

The foundation, established in 1919, is the oldest such charitable funds manager in North Carolina.

"The foundation was very gracious in allowing Mrs. Messick to have some input in what would be the long-term use of the property," Thornton said.

"It made sense at this time to sell the property to The Conservation Fund to keep the ultimate goal in place."

The Messick Farm is the latest local effort by The Conservation Fund in the Triad.

The Piedmont Land Conservancy gained a bridge loan from the Conservation Fund for its initiative at the Crossnore School & Children’s Home property on Reynolda Road.

On Feb. 18, Crossnore and the conservancy inked their deal to permanently preserve the land. Crossnore received about $6.5 million for trading away development rights on almost 93 acres located generally on the northern side of Crossnore’s 200-acre site.

The Conservation Fund was involved because some contributions to the conservancy were in the form of pledges.

The Conservation Fund says on its website — https://www.conservationfund.org/ — that it has "protected 7.8 million acres of land and water in all 50 states."

"Every dollar invested in our Revolving Fund goes directly to protecting land, over and over. By recycling these dollars, we have saved lands valued at more than $6.3 billion."

"Often a landowner's timetable to sell does not align with available funding from private and public sources.

"Our capital supplies the timely bridge financing that is critical to help our partners save important properties."

Another of The Conservation Fund's investments in North Carolina involved helping acquire in October 2013 about 1,600 acres along Rose Creek near Linville and the Eastern Continental Divide. It was about a $9 million investment, according to a McClatchy News report at that time.

The purchase enabled a group of North Carolinians and the state Wildlife Resources Commission to create Rose Creek Trail and two other walking routes, Saddle Mountain and Little Table Rock, along the Blue Ridge Parkway.

According to the Forsyth County Tax Parcel website, only the 35.85-acre tract at 9600 Shallowford Road is listed with an address.

There is a lake or pond on the property.

Greensboro middle-schooler to appear on 'The Kelly Clarkson Show'

The driver was approached by two men at an apartment complex at 223 W. Vandalia Road, Greensboro police said.

The "Rachael Ray" show will feature a segment on Brittany Williams, the founder of Greensboro-based iAlign Dance Company, and her efforts to collect new and gently used laptops to help Guilford County Schools students learn remotely during the pandemic.

The appointments this week in Davidson County are limited to people who are 75 years or older and those who are frontline health care workers.

A view of the 245-acre plot of land recently acquired by The Conservation Fund on Tuesday, Jan. 5 in Lewisville. There are plans to convert the land, which has an almost mile long frontage along the Yadkin River, into a park highlighting the natural beauty as well as the historic importance of the area.

A view of the 245-acre plot of land recently acquired by The Conservation Fund on Tuesday, Jan. 5, in Lewisville.