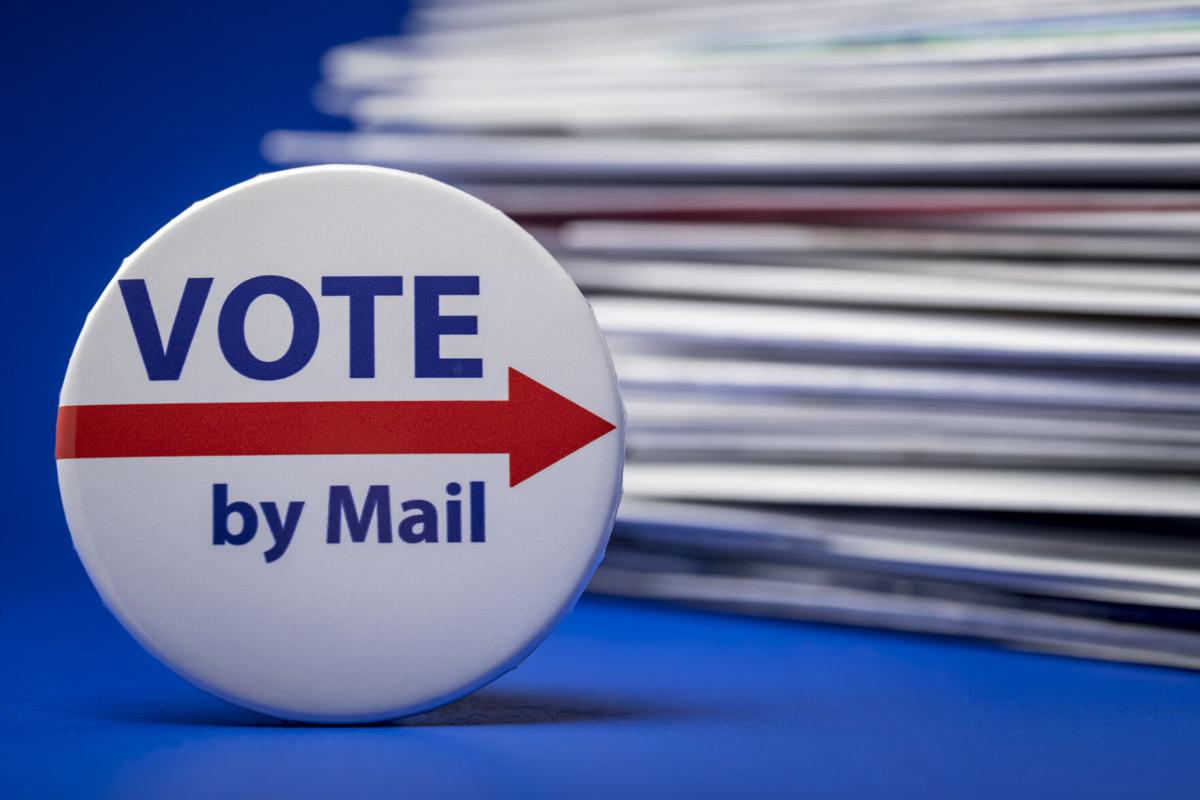 A load of absentee ballots are loaded onto a truck for mailing at the Wake County Board of Elections on Sept. 3 in Raleigh. North Carolina was the first state in the country to send absentee ballots to voters who requested them.

Workers prepare absentee ballots for mailing at the Wake County Board of Elections on Sept. 3 in Raleigh. Nearly 10,000 North Carolinians had their mail-in ballots accepted in the first week of voting, according to data released Friday by the State Board of Elections.

RALEIGH — Nearly 10,000 North Carolinians had their mail-in ballots accepted in the first week of voting, according to data released Friday by the State Board of Elections.

Of the 10,380 absentee ballots returned since counties sent them out last Friday, 9,966 have been accepted.

North Carolina was the first state in the country to send absentee ballots to voters who requested them.

The accepted ballots represent about 1% of the number requested and an even smaller fraction of the state’s 7.1 million registered voters. But the data does offer insight on how people are casting ballots and what challenges may lie ahead.

Of the ballots returned so far, 6,155 are from Democrats, compared to 1,248 from Republicans and nearly 3,000 from unaffiliated voters. The multistep process that leads to ballots being scanned and eventually counted doesn’t start until Sept. 29 when county boards can meet to further review them. Tallies won’t be released until Election Night after polls close.

Tim Adams, a 54-year-old insurance broker, said he dropped off his first-ever absentee ballot in person in Durham to ensure it didn't get lost in the mail under the leadership of U.S. Postmaster General Louis DeJoy. The Greensboro resident has been criticized by Democrats for removing mail-sorting machines and expressing skepticism about voting by mail.

“There's the stuff at the post office, and I'm not sure what's going on with DeJoy and slowing down the mail and all that,” Adams said. “I just didn't want to take any chances to have my vote not count.”

More than 750,000 absentee ballots have been requested so far, with Democrats accounting for more than half, according to the state.

Janice Byers, a 73-year-old Republican living in Charlotte, planned to vote in person until she tested positive about a month ago for the coronavirus. She requested an absentee ballot because she fears getting the virus a second time.

"It showed up at my house, I voted and I put it back in the mail. It was easy as pie,” she said.

She said she voted for President Donald Trump because she believes her 401(k) retirement plan would do better under his administration. Though her ballot was quickly accepted, she hadn't previously been aware of the requirement for absentee voters to have one witness sign off on their ballot. But Byers said the instructions she received in the mail were straightforward, and she had a neighbor witness it.

As of Friday morning, the state said 215 ballots had incomplete witness information, meaning county officials can't accept them and must issue a new ballot to the voter.

Mail-in ballots can be rejected for a number of reasons, including voters submitting a second absentee ballot request due to a change of address or voters accidentally damaging or destroying their ballots. Those procedural issues are easy to fix, sometimes even before any ballot goes out to a voter, according to a spokesman for the State Board of Elections.

Residents can check their ballot status by contacting the local county elections board.

Byers encourages Republicans skeptical of the mail-in process to consider trying it. She criticized the president for recent remarks encouraging people who returned absentee ballots to go to a polling place to check on their vote. It's unlawful to vote twice in an election.

“I'm not gonna do like Mr. Trump said and go down there and try to vote twice,” Byers said.

GREENSBORO — Guilford County taxpayers will pick up the $7.7 million slack to finish a new mental-health crisis center under construction.

A load of absentee ballots are loaded onto a truck for mailing at the Wake County Board of Elections on Sept. 3 in Raleigh. North Carolina was the first state in the country to send absentee ballots to voters who requested them.

Workers prepare absentee ballots for mailing at the Wake County Board of Elections on Sept. 3 in Raleigh. Nearly 10,000 North Carolinians had their mail-in ballots accepted in the first week of voting, according to data released Friday by the State Board of Elections.