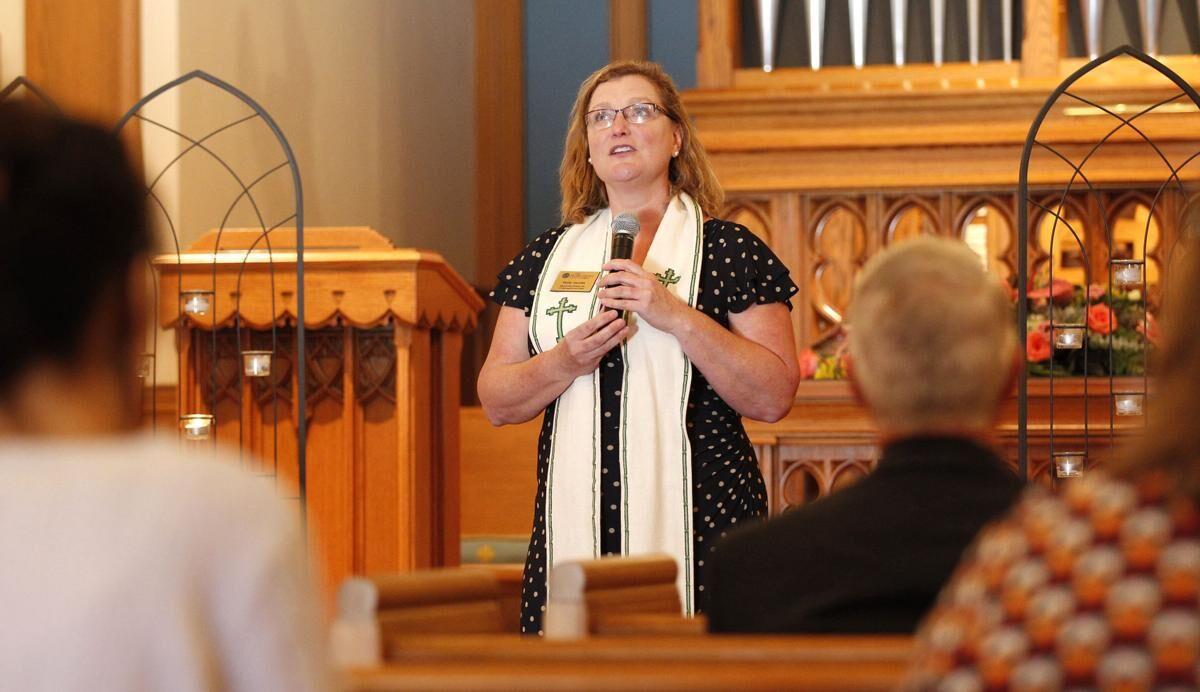 The Rev. Dolly Jacobs, who died Thursday, takes part in an October 2017 vigil in the chapel at First Presbyterian Church where members of the community sought consolation and hope after a weekend of especially horrific tragedies here and across the country, including a crash that resulted in the deaths of five people on Battleground Avenue a shooting massacre in Las Vegas, with at least 55 people dead and more than 500 injured. 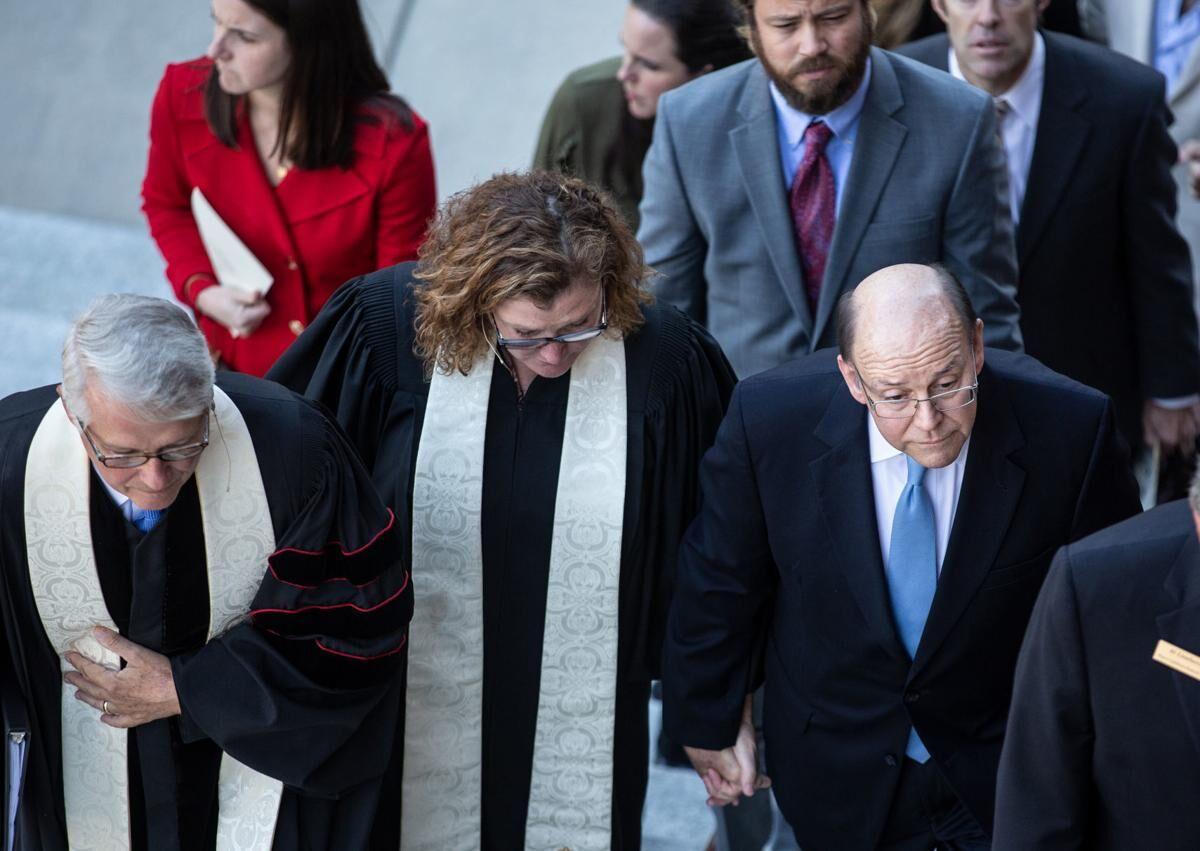 The Rev. Dolly Jacobs, who died Thursday, walked with church member and businessman Chip Hagan in 2019 during services for his wife of 40 years, U.S. Sen. Kay Hagan.

With "High Hopes" by Panic! at the Disco playing in the background, the first scene included Jacobs, newly hired Pastor Jill Duffield and Executive Pastor Neil Dunnavant dancing in their robes and other members in locations ranging from the Greensboro Grasshoppers ballpark to a preschool as a bit of inspiration.

The majority of the congregation knew nothing about the plotting.

But Jacobs, while overseeing the pastoral care ministry, had spent the past year supporting members who have struggled through the pandemic, been isolated and lonely, and lost family members to COVID-19, among other things. She had also spent the past year looking for ways to keep people feeling part of a community. And this would be a bit of joy even to those outside the congregation.

Jacobs, who came to Greensboro from her native New Orleans, died Thursday, according to a letter from Duffield to the congregation. Details are unavailable and funeral arrangements are incomplete.

“I know you will surround Dolly’s family with love and support as you care for them as Dolly has cared for so many of us," Duffield wrote.

Members and others in the community have flooded social media with stories of a beloved faith leader, including one told by a woman who had faced a difficult pregnancy and Jacobs was right there praying with her as the baby later faced unexpected and life threatening medical issues. Others also wrote about her generosity and how she made them feel loved and accepted.

"A heartbreaking loss for the church and the world," one person wrote of Jacobs, who was also a mom.

It was after a weekend of especially horrific tragedies in October 2017, including a crash that resulted in the deaths of five people on Battleground Avenue and a shooting massacre in Las Vegas, with at least 55 people dead and more than 500 injured, that the church had offered the community space the following Monday to gather.

She stood and prayed with those who had gathered.

She did that a lot whether those who stood before her were members or not.

While the church’s physical doors were closed by the pandemic, Jacobs continued writing columns that were posted to the church’s website.

They often encouraged others to think about someone else.

“My message to each of you is to hold on tight — call, text, email one another,” Jacobs wrote earlier this year. “Virtually offer love, hope and light during this strange time where, when God created us to be in community, we cannot be.”

Students commended for their help in gun seizure at Northeast Guilford

Two juveniles face criminal charges after a stolen handgun was found inside a vehicle in the school parking lot.

The Rev. Dolly Jacobs, who died Thursday, takes part in an October 2017 vigil in the chapel at First Presbyterian Church where members of the community sought consolation and hope after a weekend of especially horrific tragedies here and across the country, including a crash that resulted in the deaths of five people on Battleground Avenue a shooting massacre in Las Vegas, with at least 55 people dead and more than 500 injured.

The Rev. Dolly Jacobs, who died Thursday, walked with church member and businessman Chip Hagan in 2019 during services for his wife of 40 years, U.S. Sen. Kay Hagan.