First COVID-19 arrived, its ghostly spikes shredding into all aspects of our lives.

Then came the killing of George Floyd — and the constant replaying of that video — tearing into wounds that have festered for centuries.

And finally the Black Lives Matter protests, a vivid display of anger, despair and hope, in cities across the country.

While all Americans have ridden this emotional tidal wave, few have felt its impact as deeply as African Americans.

And COVID-19, which has taken a heavy toll on the minority community, weighs heavily on him as well.

“My little brother right now is in the hospital with this (coronavirus),” Morgan, 27, said in an interview June 25. “He just called me; his fever is 104.

“It’s a fine line I feel like that I’m walking right now,” Morgan said. “It definitely wears on you.”

“We live with racism every day. But when you watch somebody on camera that looks like your husband, your father, your son, get killed,” Harrison said, it brings up a lot of emotion.

“You’re hurting, and you’re grieving, and you’re outraged, and you’re angry,” she said, “and you have to go to work and just carry on as if everything is normal, and that adds an additional amount of stress.”

Statistics from the Census Bureau bear that out.

Within a week of Floyd’s death, anxiety and depression among African-Americans climbed to higher rates than experienced by any other racial or ethnic group, with 41% screening positive for at least one of those symptoms, data from the Census Bureau shows.

And other groups who have been marginalized, such as people who identify as LGBTQI+ (the “I” stands for intersex), also may be struggling because they can identify with the trauma experienced by African Americans, Harris said.

“Even if they’re not black and haven’t had that experience themselves, it still triggers the marginalization, discrimination and mistreatment experiences that they’ve had,” Harris said. Eleanor Health, which has offices in High Point, also is offering a virtual support group for LGBTQI+ people.

“It’s physically demanding, it’s not comfortable and in some cities they are also facing a lot of opposition,” Gutterman said. “It’s not only physically taxing; it can be very emotionally taxing as well.”

That’s something Morgan has seen during the nonviolent Greensboro protests he’s organized. At the Battleground Avenue protest, where protesters blocked the street, Morgan said there were three incidents “where white people were trying to run us over.”

“What’s been so encouraging, when you look into the crowds of people, you literally can see everybody,” Harris said.

Gutterman said: “At a time when people’s emotional reserves were at a pretty low level, after months of being quarantined and the fears and anxieties around the virus … (the protests have) created … what psychologists call a ‘moral elevation.’

“What we saw in response to that video, beyond some of the initial protests with things that got out of hand with violence, we also saw a remarkable amount of good deeds happening,” he said. Among those good deeds, Gutterman said, were people of all races coming together to clean up after the initial destruction, attending marches together and donating to causes with a common goal.

“It triggers physiologically a sense of warmth and feeling good physically, psychologically about being more optimistic about humanity and hopeful about change,” Gutterman said.

Morgan has experienced that.

“Seeing the community come together, seeing the officers treating us differently, that brings me a little peace of mind,” he said.

And events like the Juneteenth celebration at Douglas Park on June 19 also give him respite from the daily struggle.

“I feel like that made people feel really, really free and lightness in their heart,” he said. He especially loved watching the children enjoying the bounce house, fireworks, water balloons, vendors and music.

“That twinkle (in their eyes),” he said. “I love doing for the kids. Everything I’m doing is for the youth. The Black youth.

“I’m going to do everything in my power to make sure these kids don’t have to go through what we had to,” Morgan said.

Photos: Scenes of protest, unrest, cleanups and prayer in Greensboro

Eleanor Health offers two free virtual support groups, one for Black, Indigenous and people of color, and another for the LGBTQ+ community. To register, go to www.eleanorhealth.com.

Here are some tips to help you take care of your mental health:

• Take care of your body. Eat healthy, well-balanced meals, exercise regularly and get plenty of sleep. Avoid alcohol, tobacco and other drugs.

• Connect with others. Share your concerns and how you are feeling with a friend or family member. Maintain healthy relationships and build a strong support system.

• Take breaks. Make time to unwind and remind yourself that strong feelings will fade. Take in deep breaths and do activities you usually enjoy.

• Stay informed. When you feel that you are missing information, you may become more stressed or nervous. Watch, listen to or read the news for updated information. Be aware that there may be rumors during a crisis, especially on social media. Always check your sources and turn to reliable sources of information.

• Avoid too much exposure to news. Take breaks from watching, reading or listening to news stories. It can be upsetting to hear about the crisis and see images repeatedly. Do enjoyable activities and return to normal life as much as possible and check for updates between breaks.

• Seek help when needed. If distress impacts activities of your daily life for several days or weeks, talk to a clergy member, counselor or doctor, or call the Substance Abuse and Mental Health Services Administration helpline at 800-985-5990.

Protesters gathered Saturday afternoon in downtown, making Greensboro the latest city to see people demonstrating over the death of an unarmed…

What started out as peaceful protests turned into unrest late Saturday as people threw rocks into downtown store fronts in Greensboro. Earlier…

Protesters marched in downtown Greensboro for a second night of protests on Sunday, May 31, 2020.

Photos: Downtown Greensboro cleans up Monday after a second night of protests

Greensboro police officers ordered the protesters, who were violating an 8 p.m. curfew, off the street. They eventually dispersed.

Thanks to more than 15 local artists, Davie Street downtown has become the first to feature a mural under the city's of Greensboro's new Stree… 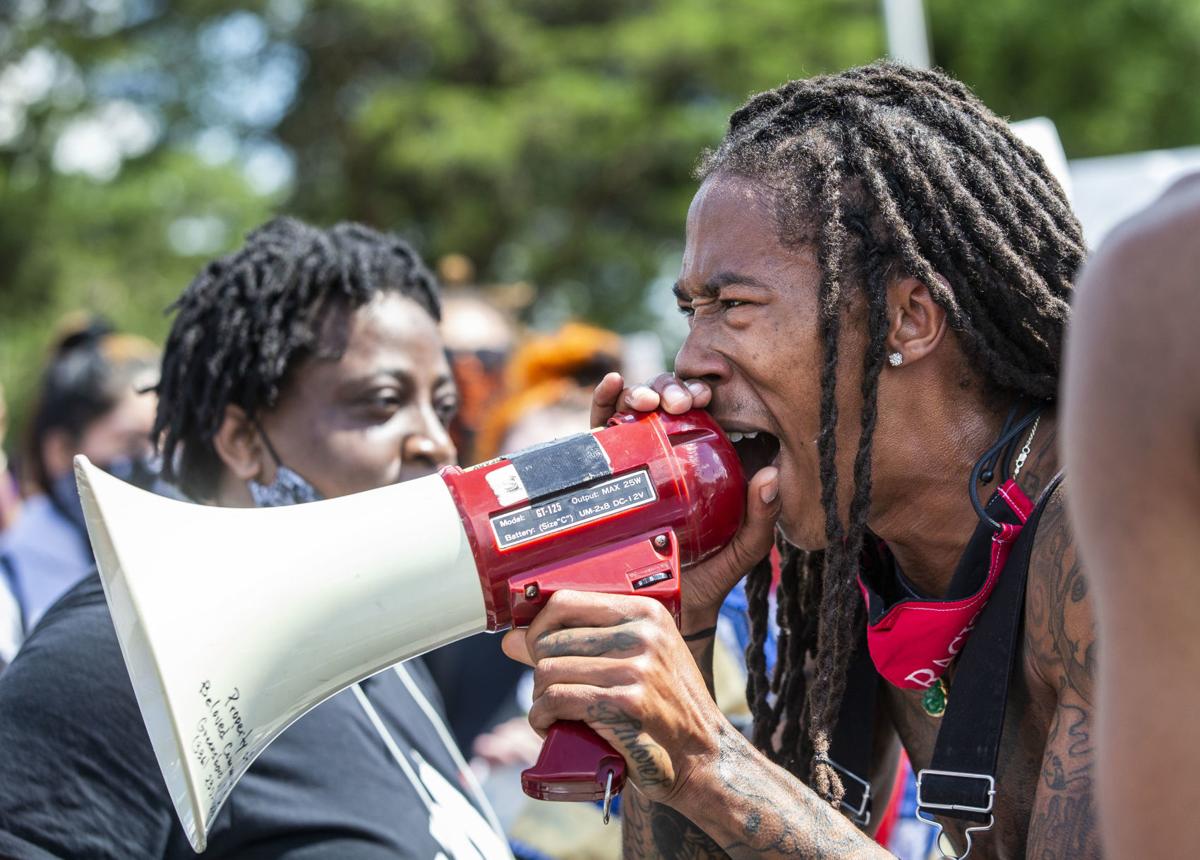 Protest organizer Anthony Morgan II leads a chant of the names of black men killed by police in the intersection of Gate City Boulevard and Eugene Street in Greensboro in May. 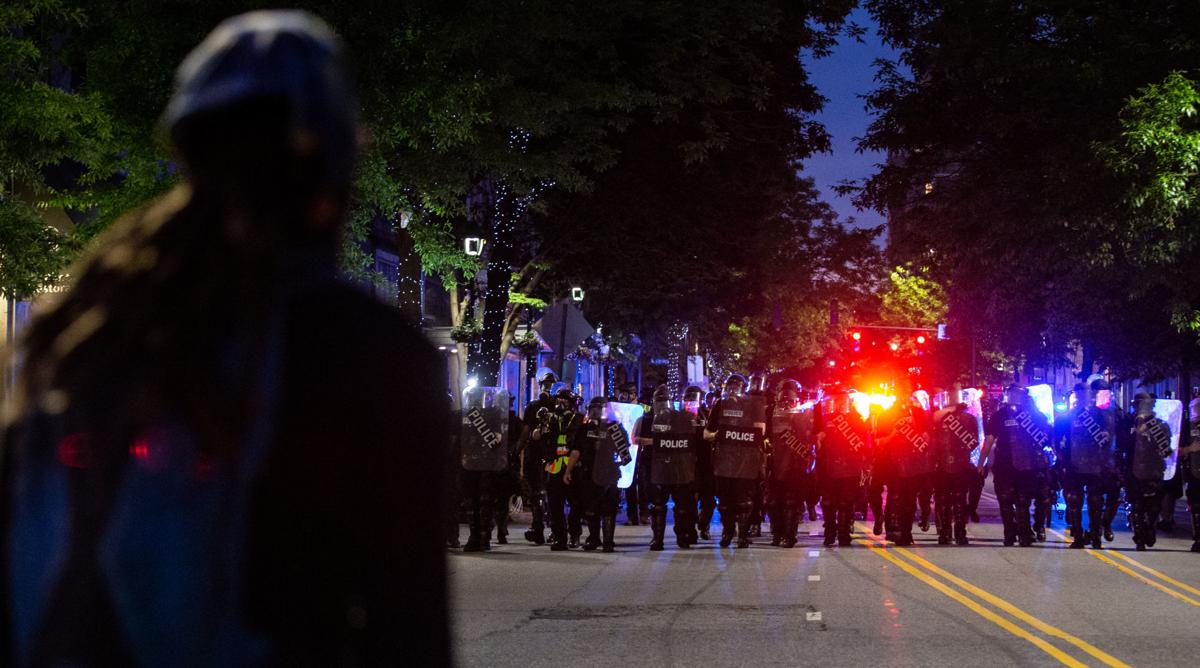 A protester stands in the street in front of riot police in Greensboro, N.C., on Monday, June 1, 2020. 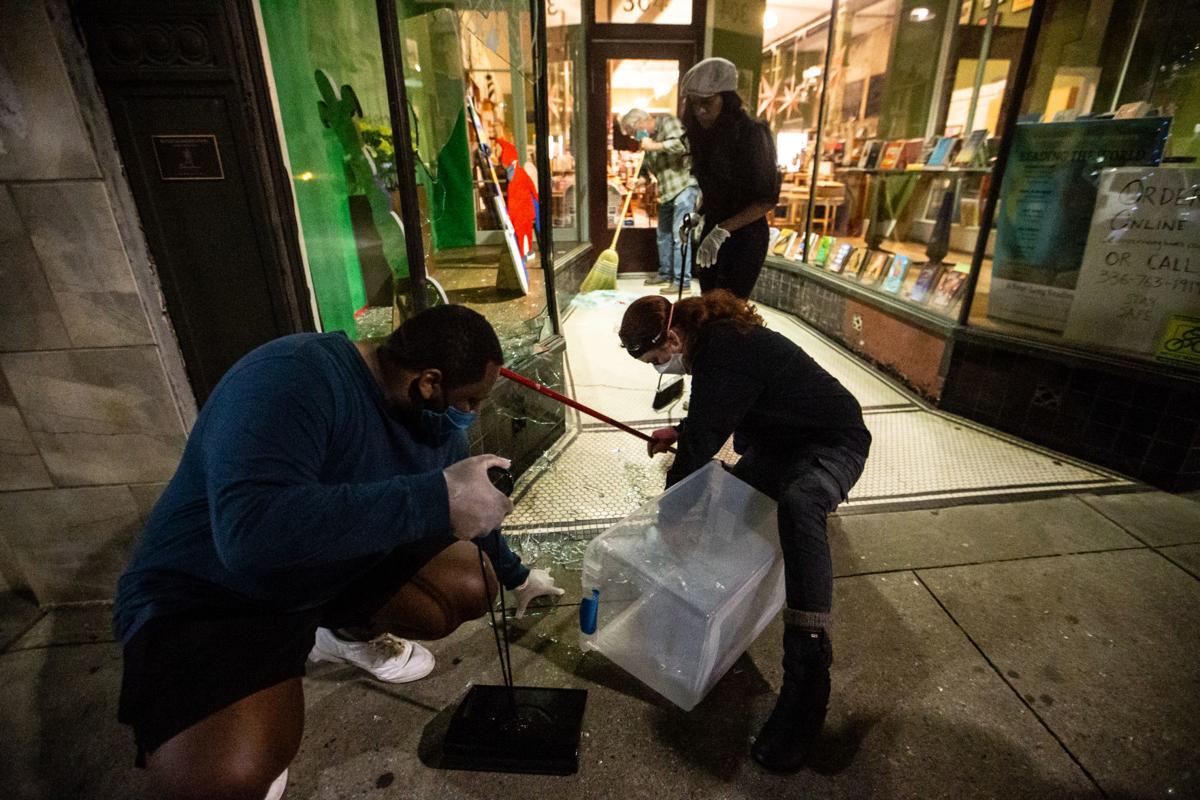 Protesters help a business clean up damage during a second night of protests in Greensboro on May 31. In the wake of unrest, “We also saw a remarkable amount of good deeds happening,” said Dr. David Gutterman, clinical director of LeBauer Behavioral Medicine. 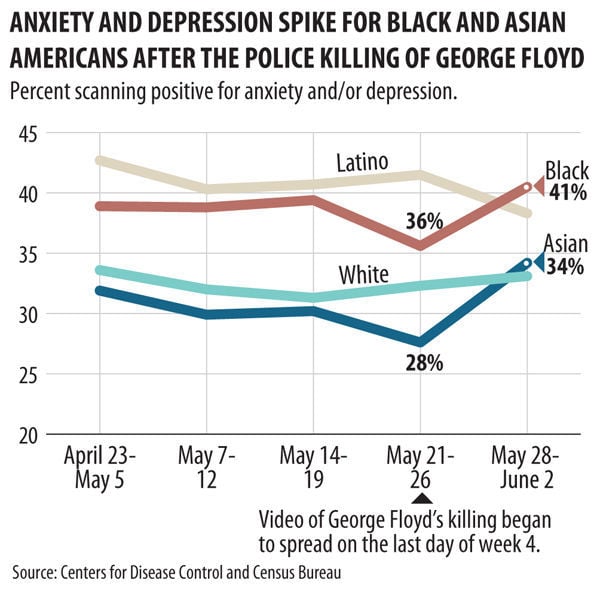 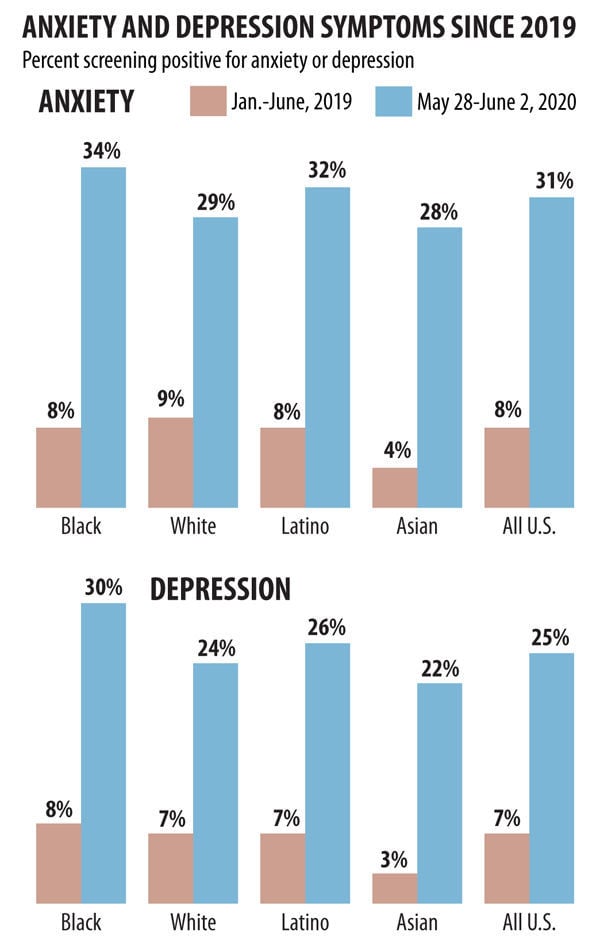 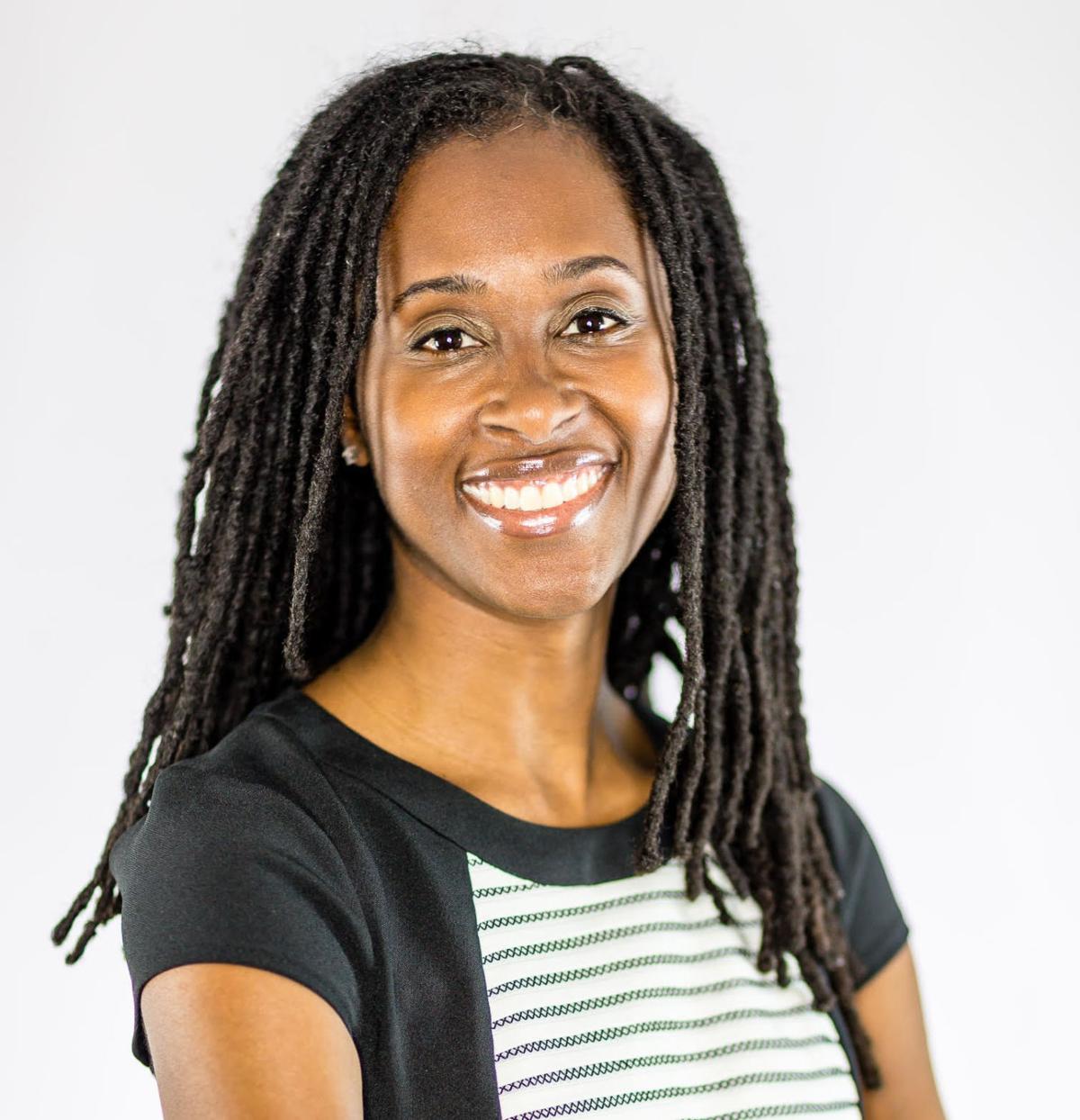 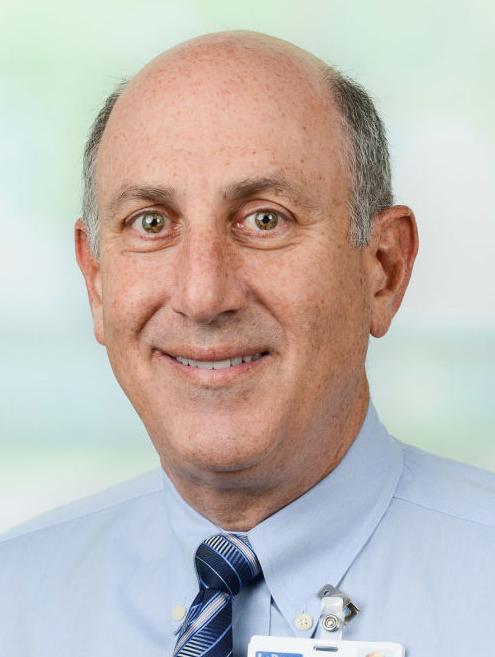