GREENSBORO — A new COVID-19 outbreak has been reported at a High Point nursing facility, according to the N.C. Department of Health and Human Services. 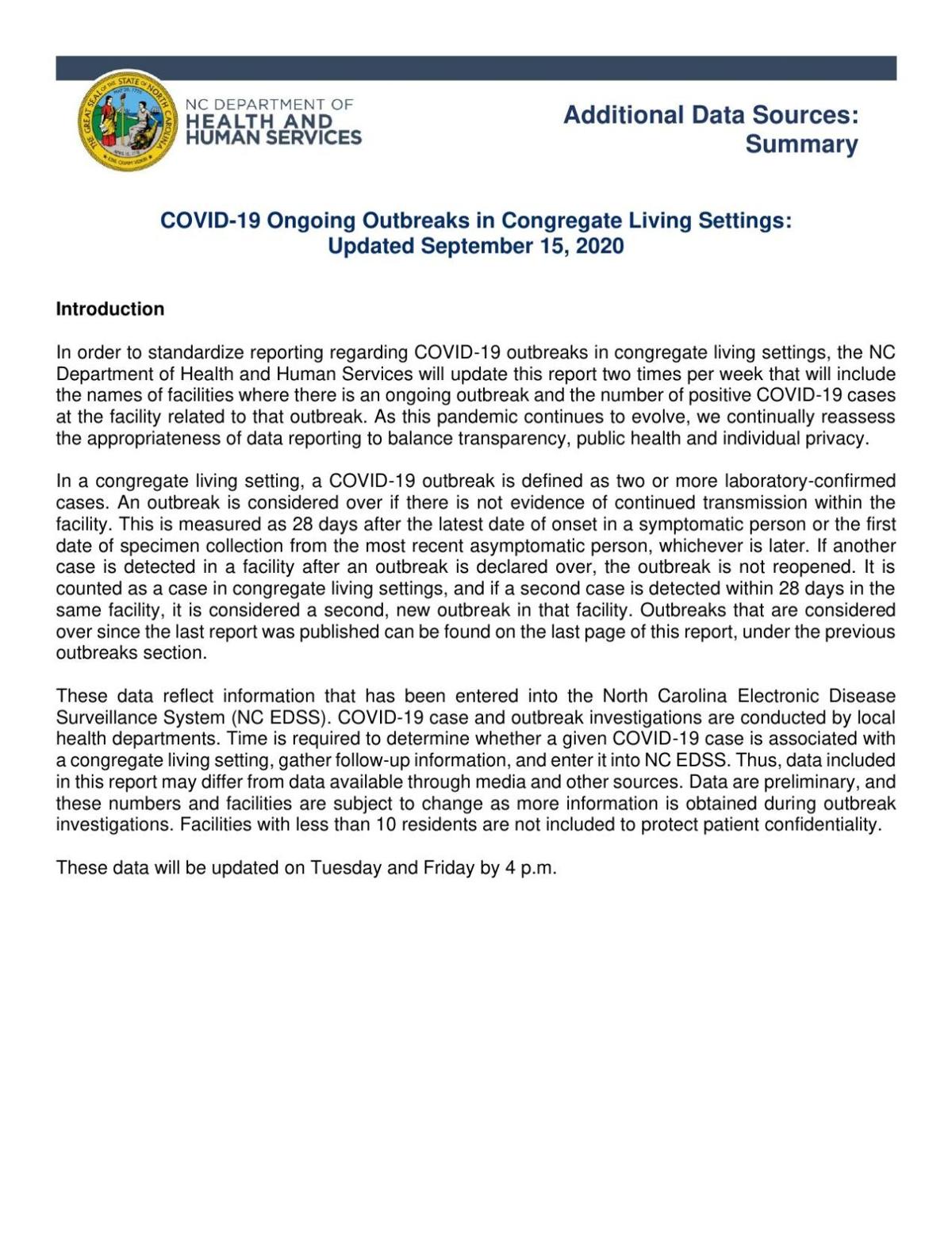 A message left for the center's director was not immediately returned late Tuesday afternoon.

Outbreaks at four other facilities in Guilford County were considered over as of Tuesday's report. Those include Adams Farm Living & Rehabilitation, Friends Homes at Guilford, Abbotswood at Irving Park and Childcare Network #207.

Wade was suggested, along with Dr. Donald Robert van der Vaart of New Hanover County and Wyatt “Tommy Tucker Sr. of Union County, to fill the opening left by Ken Raymond's resignation late Wednesday from the board.