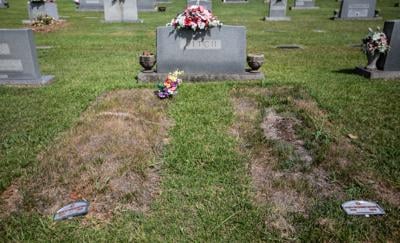 GREENSBORO — Hers is No. 2020908382 on the North Carolina registry of death certificates.

Thirty-three-year-old Tara Rochelle Dodd worked as a cosmetologist and waitress and once sang at the famed Carnegie Hall in New York City.

She was also Deloris’s daughter, Aiyana and Jaelin’s mom, and Tiana’s friend.

The domestic violence survivor, who nursed Jaelin through emergency heart surgery at 11 months and took pride in the young woman Aiyana was becoming, was also passionate about her church, Kingdom of Our Lord Ministries Greensboro. And she loved her heels and oversized stylish eyelashes.

“She was a diva in her own right,” said Elder Dexter Dodd, her big brother.

His sister was also the youngest COVID-19 fatality in Guilford County 100 days after the first case was diagnosed here. Dodd died June 25.

Since March 22, the N.C. Department of Health and Human Services has reported 5,167 cumulative cases of COVID-19 and 147 deaths in Guilford County.

Between March 23 and July 19, 172 Guilford County death certificates listed COVID-19 as a cause of death or contributing factor.

Many listed pre-existing conditions. Some had none known.

Not everyone on the list lived in the county. But all died here, including those who might have gotten sick while on a visit or were brought here from a nearby county for medical help.

The first Guilford County death linked to COVID-19 was Dorothy Pauline Mitchell Morton of Greensboro, a 92-year-old who had worked for Lorillard tobacco company for 34 years. She died on March 23, and like so many others, she had underlying health issues, including dementia and heart problems.

As the contagious respiratory illness continues to make national headlines, the number of deaths continue to grow.

The faces attached to those numbers include a 70-year-old former secretary for a Board of Education, a 48-year-old supervisor at a lumber company and a 66-year-old city of Greensboro maintenance worker, along with more familiar ones, like Frederick Brown Starr, who died early in the pandemic on April 1, at the age of 87. The former president and CEO of Thomasville Furniture Industries had most recently spearheaded an unsuccessful effort to bring a major league baseball team to the Triad.

And Ronald “Gene” Petty, a cousin to NASCAR great Richard Petty, who grew up in Guilford County. Ronald Petty died April 27. Just like his more famous cousin, he was drawn to the sport of racing. He joined Petty Enterprises in the 1950s and later Firestone Racing during most of the 1970s. He had his hands in other business ventures, such as founding A-1 Sandrock, a mining company, before circling back to racing with Gene Petty Motor Sports in the 1990s.

Shoppers in the children’s clothing section at the Belk at Four Seasons Town Centre as recently as the late 1990s might remember Bette Weatherly, who died in late April. The 93-year-old great-grandmother worked there for years and in retirement became one of Guilford County’s first nursing home residents to die of COVID-19.

They — along with the husband and wife who died a week a part, the refugee who came to America for a better life and the World War II veteran who made it back home to start a family and a business — are forever linked to the worst pandemic in recent American history. As are the retired police officer, nurses and teachers.

Social media, the pages of obituaries and interviews uncover an eclectic mix of souls having lived their lives through joy and sorrow, while overcoming tragedies and giving others a reason to smile — like Jamestown High School graduate Judith Ann Kirkman, 78, who died April 13 and loved hats, particularly a winter beret.

The virus took 69-year-old Greensboro-born Pamela Reynolds Kennedy — a longtime “Lone Ranger” TV show fan who loved to dance — on July 7. Retired from Lucent Technologies after 31 years, she was “a tough and headstrong woman who selflessly took care of her family with love and hard work,” according to those who knew her.

James Dalton Amick’s survivors included wife, Helen, but also his beloved cat, Miss Kitty. He died April 11 and was remembered for having “a servant’s heart.”

Ethelyn and Jasper “Harry” Fitch, the couple that died within a week of each other in April, had made headlines in the past. Ethelyn, a former hospital clerk, was named after her mother Eula but went by her middle name. Harry worked at a power plant and was known for lighting up the house and yard with decorations at Christmas.

The two lived for many years off Cornwallis Drive, where late one night in 2015 a suspected drunken driver missed the curve and plowed into their home. According to reports at the time, the vehicle nearly severed a gas line to the right of where it landed, and to its left sat Ethelyn and Jasper’s bedroom — with them in it.

With Ethelyn disabled from polio, the two reportedly sat there waiting for help to arrive — and not knowing whether the whole house would come down around them.

“The good Lord had his arms around us,” Ethelyn later told the Burlington Times-News.

So many stood out in the tapestry of their country and communities.

When her church recorded its first CD, Deirdra Wynn was often called to the microphone. The praise team leader, who sang through health complications and dialysis, later worked as an administrator at the church, Evangel Word (formerly Evangel Fellowship).

Benjamin Ethan Morgan was a honeybee keeper often called upon to remove bee colonies from homes and businesses — footage of him moving a colony of bees without protective gear once made the national news.

The 91-year-old World War II veteran and marksman, who died April 26, lived in the Sumner vicinity of Guilford County almost his entire life — and is survived by Eloise, his wife of 70 years.

A nature lover at heart, Morgan didn’t just have dogs as pets — but squirrels, raccoons, turkeys, a deer and a crow.

Frances McGruder Wade’s love story could have played out on the movie screen. The Jacksonville, Fla., woman found her husband and best friend, Joseph Wade Sr., later in life.

As a young mother, Wade had worked multiple jobs while single-handedly raising her two children. She died April 11 at the age of 76 and had spent 40 years in the computer data entry field.

And she left with the greatest of accolades.

“Mrs. Wade,” Michelle Fletcher, one of Wade’s fellow church members, wrote in remembrance, “to know you is to know what love really is.”

Shortly before her death earlier this week, Gloria Clarke had become a mini-celebrity from a viral video of her son Mitchel Sommers singing outside of her window once her retirement community banned visitors.

In the years before coming down with the coronavirus, the 92-year-old had split her time living on her own between a condo in California and a beach house on Oak Island, continuing to drive until right before she turned 90. Clarke had lived an unconventional life, especially as a devoted young mother and Jewish woman who worked full time and married a Christian man.

In her later years, the two of them traveled the world.

Clarke, then a widow, later ended up in Greensboro, where Sommers lives, and at Abbotswood, a retirement village, after dealing with health problems.

As the coronavirus spread across the country, the retirement village banned visitors. Sommers, the retired executive director of Community Theatre of Greensboro, who also serves as cantorial soloist at Temple Emanuel, often set up a chair outside her window.

They also talked constantly with a nurse helping her with a speaker phone.

In the days before she died she had slipped into a coma and later tested positive for the virus.

And then she was gone.

“This virus is heartbreaking,” Sommers said.

Many of those afflicted never know how they caught it.

The 33-year-old Dodd, who was diabetic, wore a mask and gloves and loaded up on hand sanitizer every time she left the house.

She found out she was positive for the virus right before she was to undergo a procedure to have an intravenous catheter inserted under her skin to start dialysis for a failing kidney. That was on a Monday, and by Thursday morning she had developed a fever. The fever initially went away with over-the-counter medicine, and her family says EMTs who arrived when they called for an ambulance suggested she avoid the emergency room because they would just send her home anyway.

Within 24 hours she was dead.

“The virus did what none of her other battles in life could,” her brother Dexter Dodd said.

The names behind the numbers

Between March 23 and July 19, 172 Guilford County death certificates listed COVID-19 as a cause of death or contributing factor.

These numbers vary from the daily Guilford County Health Department’s report, which are based on where people lived rather than where they died. Sixty of those who died in Guilford County were from other areas, including neighboring counties.

Here are the names behind those numbers.

Willie Moore, 77, truck driver for the N.C. Department of Transportation, May 8

Deirdra B. Morton Wynn, 57, church administrator and psalmist, May 10

Alma T. Thomas Richardson, 91, secretary for the insurance industry, May 26

Martha Nell Martin Wilson, 85, inspector for the textile industry, May 24

Phillip James Anthony of Burlington, 73, no occupation listed, May 29

Chattie B. Graves Brown of Burlington, 91, processor/agent for a national security agency, May 20

David Rex Kern of Asheboro, 74, self employed in recycling industry, May 28

Robert Douglas Bachman of Reidsville, 69, courier for a lab, July 11

The latest on COVID-19 in the Triad, North Carolina and the United States: Note that health officials warn that data is preliminary and can ch…

'We are simmering': N.C. passes 3,000 coronavirus deaths since pandemic began

A White House coronavirus task force report dated Sunday and sent to the nation's governors said North Carolina was in the "red zone" for new cases last week, with more than 100 new cases for every 100,000 people.

Fred Starr, a longtime Triad furniture industry executive and community volunteer leader, has died from complications of the coronavirus.

Great grandmother Bette A. Weatherly "went down so fast," her daughters say, with a disease that struck mercilessly. 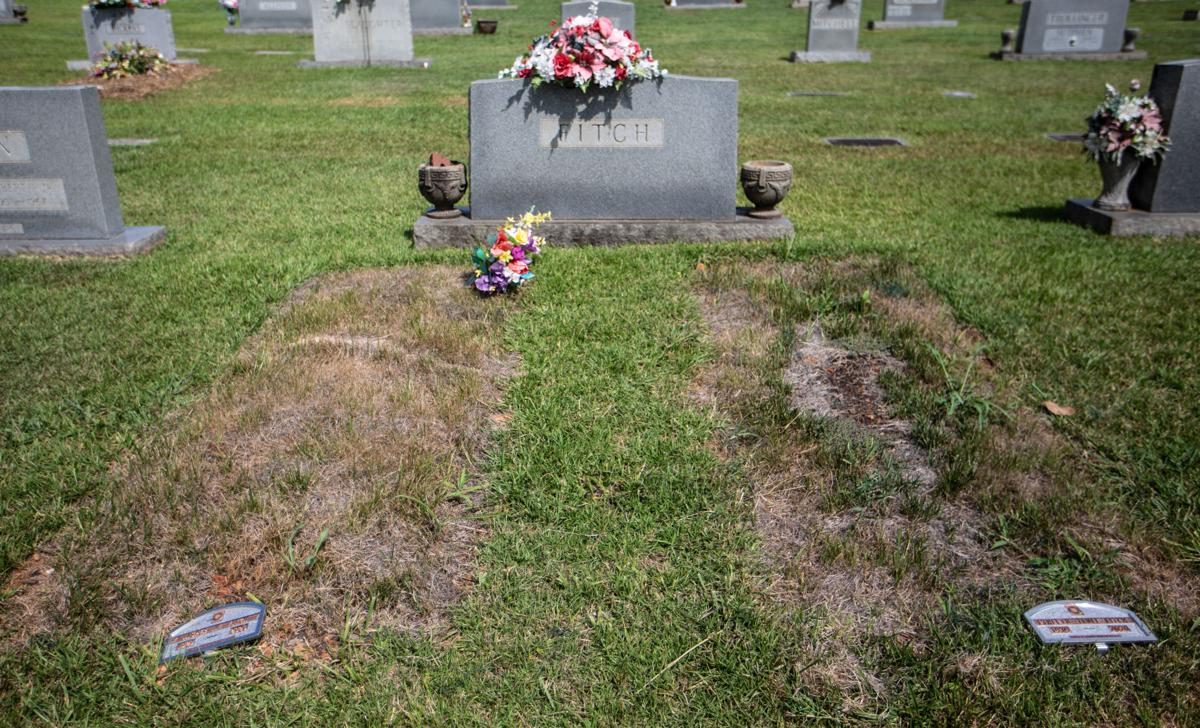 The gravesite of Ethelyn and Jasper “Harry” Fitch in Burlington on Saturday. The two died a week apart in April of COVID-19. 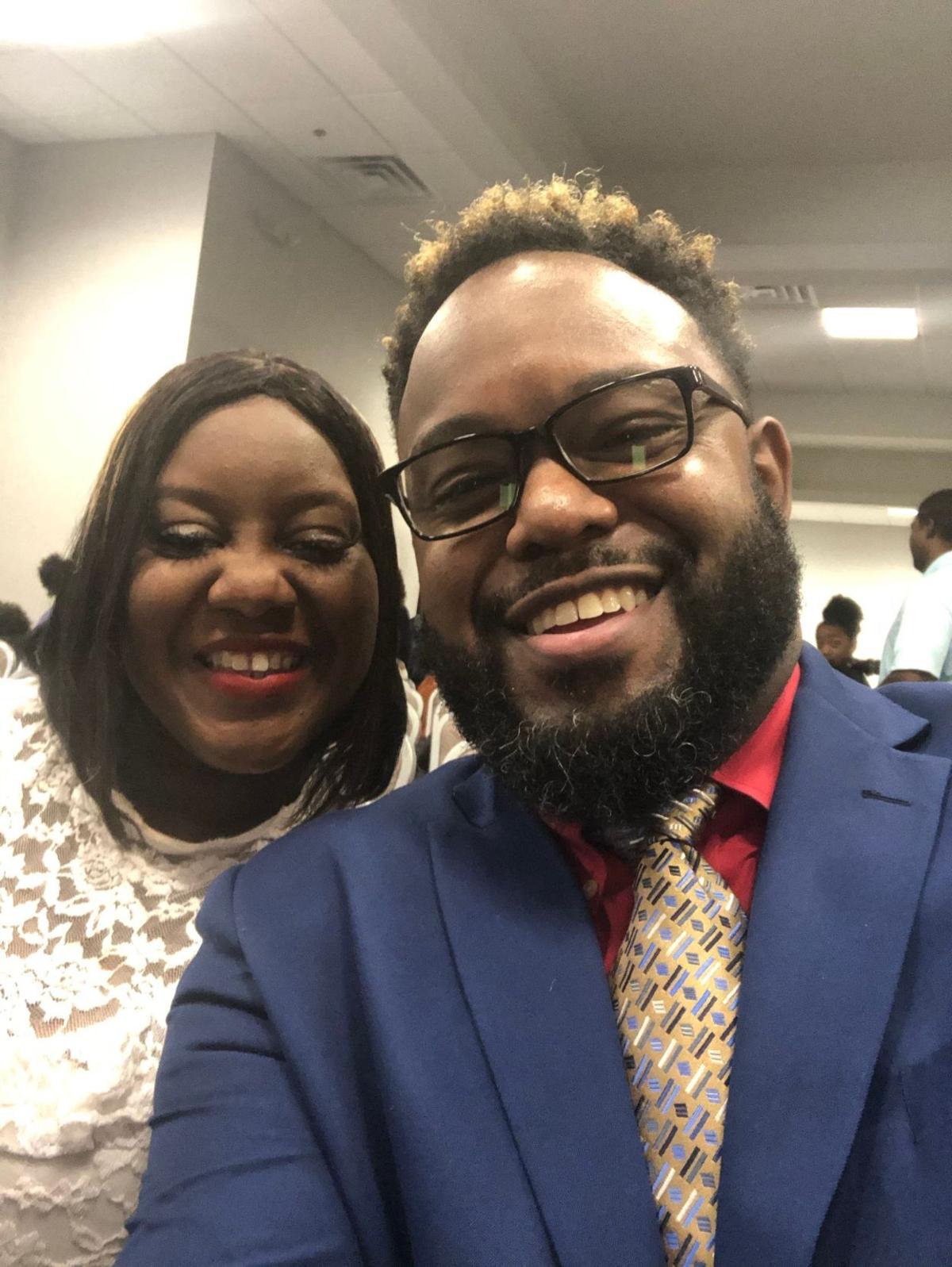 According to death certificates through mid-July, Tara Rochelle Dodd, at 33, is currently believed to be the youngest person to die of COVID-19 in Guilford County. Here she is pictured with her brother Dexter Dodd. 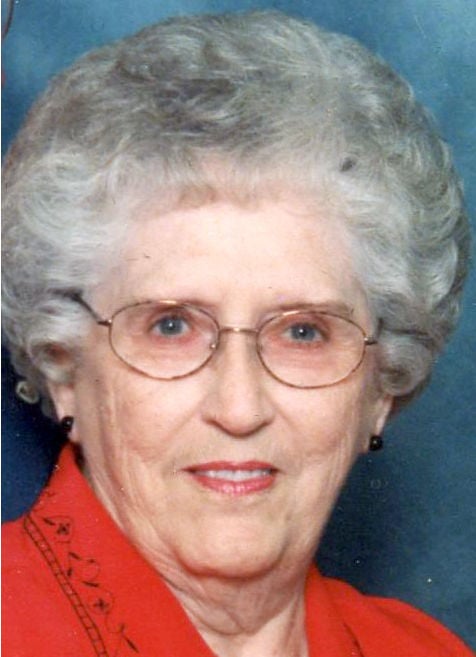 Bette Allred Weatherly was tested for COVID-19 on a Saturday in April. She died four days later. 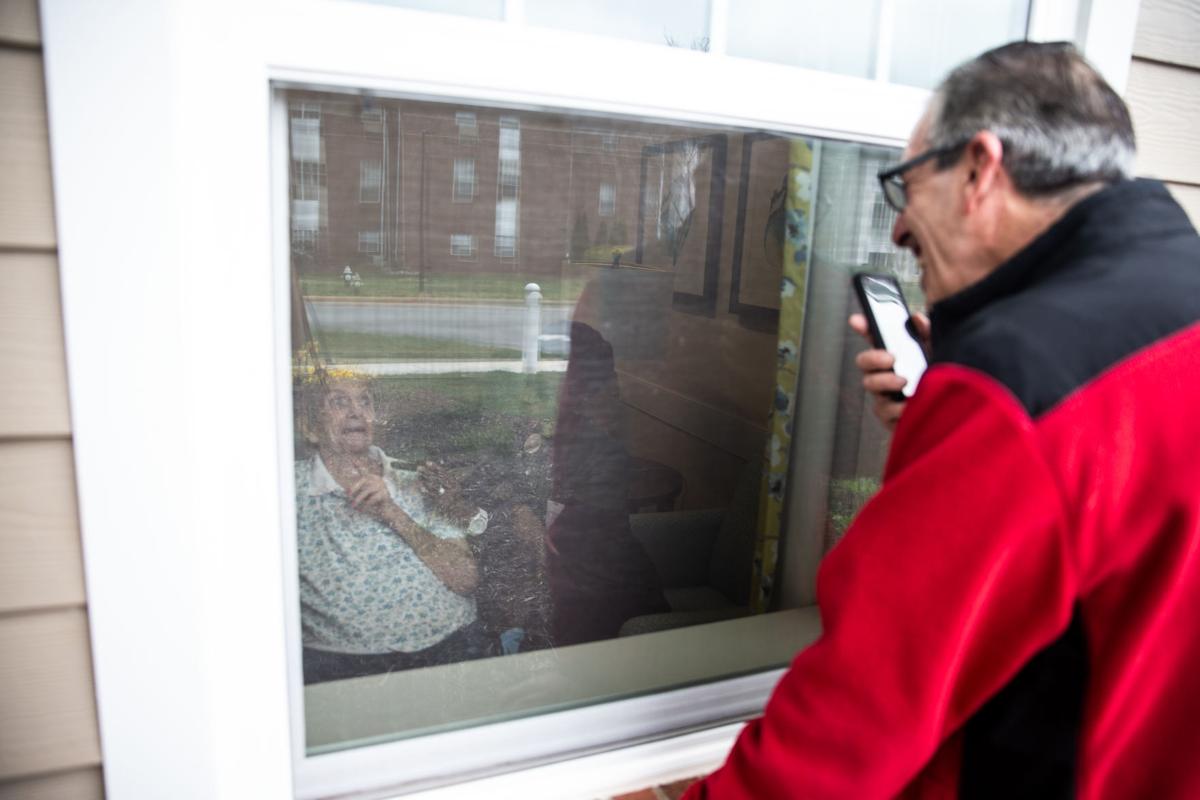 Mitchel Sommers sings Que Sera Sera to his mom, Gloria Clarke, over the phone through a window at Abbotswood at Irving Park retirement community on March 19. 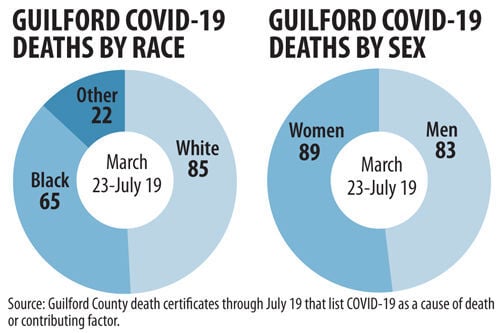