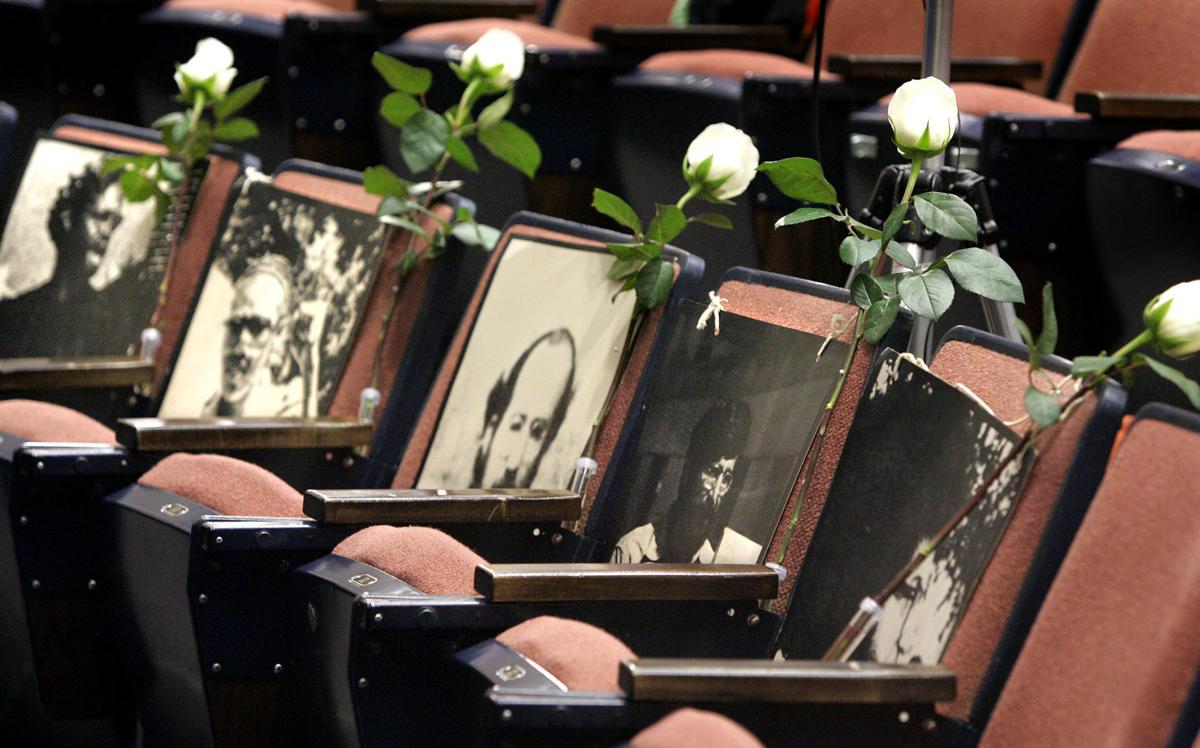 Each of the people who were killed in the Nov. 3, 1979, shootout between Klan and Nazi members and people gathered for a Communist Workers Party rally in Greensboro are represented by their photograph and a white rose during Truth and Reconciliation hearings at N.C. A&T on Aug. 5, 2005. 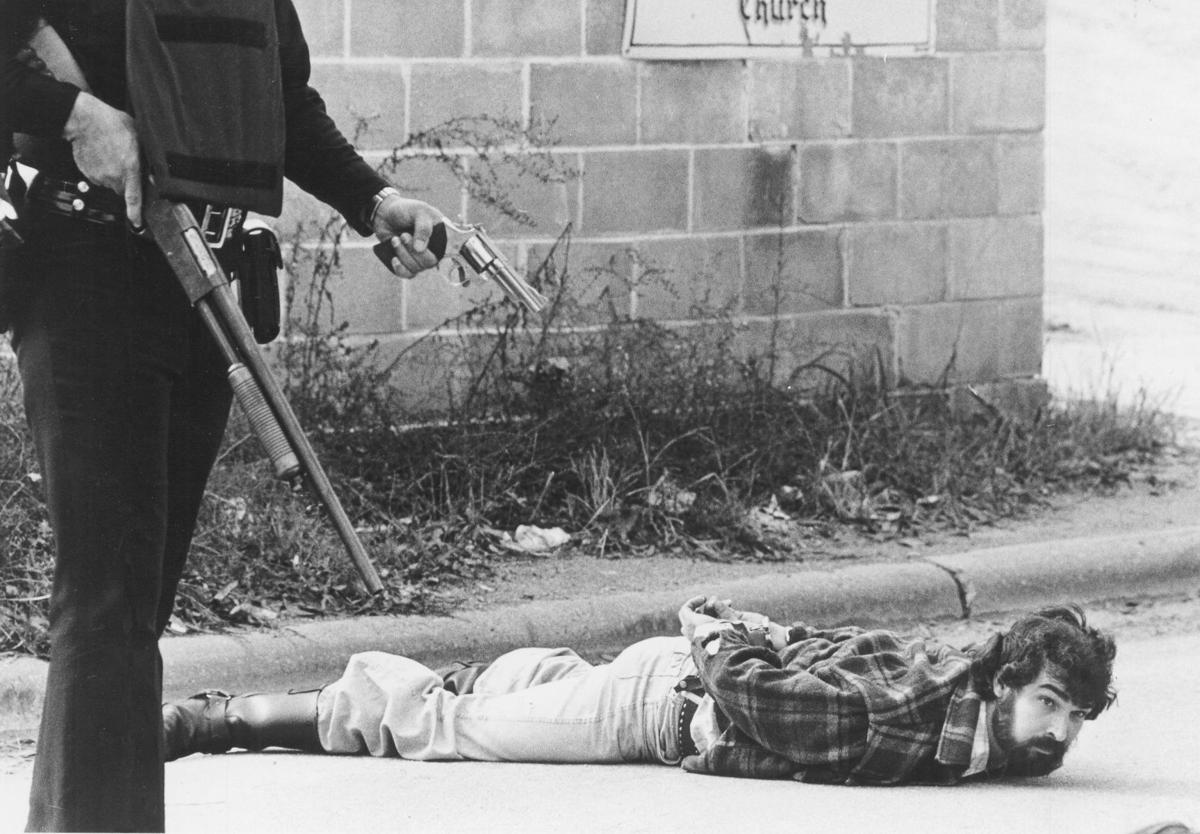 A police officer guards a Klansman in custody after the Nov. 3, 1979,shootings.

GREENSBORO — Song and the strum of a guitar could be heard from the Morningside public housing community where Communist Worker Party demonstrators had gathered for an anti-Klan march that November day in 1979.

In just moments, the sounds of laughter would be replaced by gunshots and later, the sounds of dying — and only later, sirens signaling a unified police response, say people who witnessed one of the deadliest days in the city’s history.

As the 40th anniversary of the Nov. 3, 1979, Greensboro Massacre approaches, a number of community groups will observe the tragedy with a variety of events.

“History & Reconciliation: A Community Symposium”: Community members and academics will share perspectives on investigating difficult history and identifying paths forward as part of this symposium at 10 a.m., Saturday at the Greensboro History Museum, 130 Summit Ave.

The symposium will conclude with a look at future approaches to history and reconciliation as part of building a stronger democracy. Omar Ali, dean of Lloyd International Honors College at UNCG, will moderate a panel on this topic. Participants include Valerie Ann Johnson, Mott Distinguished Professor of Women’s Studies and director of Africana Women’s Studies at Bennett College; William F. Harris II, head of the Initiative for the New Constitution at the International Civil Rights Center & Museum; and Arwin Smallwood, chair of the Department of History and Political Science at N.C. A&T.

This program is co-sponsored with the Beloved Community Center, the UNCG Department of Communication Studies and the NCA Center for Communication, Community Collaboration and Change. It is free and open to the public.

Community reading of “Greensboro: A Requiem”: This reading of Emily Mann’s play about the killings will be at 6 p.m. Nov. 1 at A&T’s auditorium in the Academic Classroom Building at 126 N. Obermeyer St. Mann and her staff from Princeton University will produce the reading of the play, using community members and students to read the parts of 30 characters. Followed by intergenerational panel discussion on the play’s relevance today. Mann is on the panel, moderated by Ash-Lee Henderson, co-director of the Highlander Research and Education Center in Tennessee.

Admission is free, but registration is encouraged. Visit www.greensboromassacrelessonstoday.org.

For the record: Clarence Avant's path to the rock Hall of Fame started in Greensboro

In a life spent shaping and molding artists, and an industry in the process, Avant has collected a number of top-shelf awards despite the odds — and times — against him.

The proposed budget is reflective of a city trying to keep pace as it seeks to add positions in areas that normally don't get much attention — like fighting discrimination and improving racial diversity.

Lollytogs LTD of New York said it is considering several locations for a new warehouse and needs economic incentives before choosing a city.

Each of the people who were killed in the Nov. 3, 1979, shootout between Klan and Nazi members and people gathered for a Communist Workers Party rally in Greensboro are represented by their photograph and a white rose during Truth and Reconciliation hearings at N.C. A&T on Aug. 5, 2005.

A police officer guards a Klansman in custody after the Nov. 3, 1979,shootings. 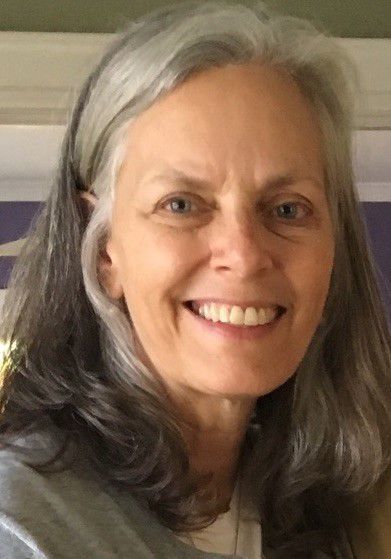