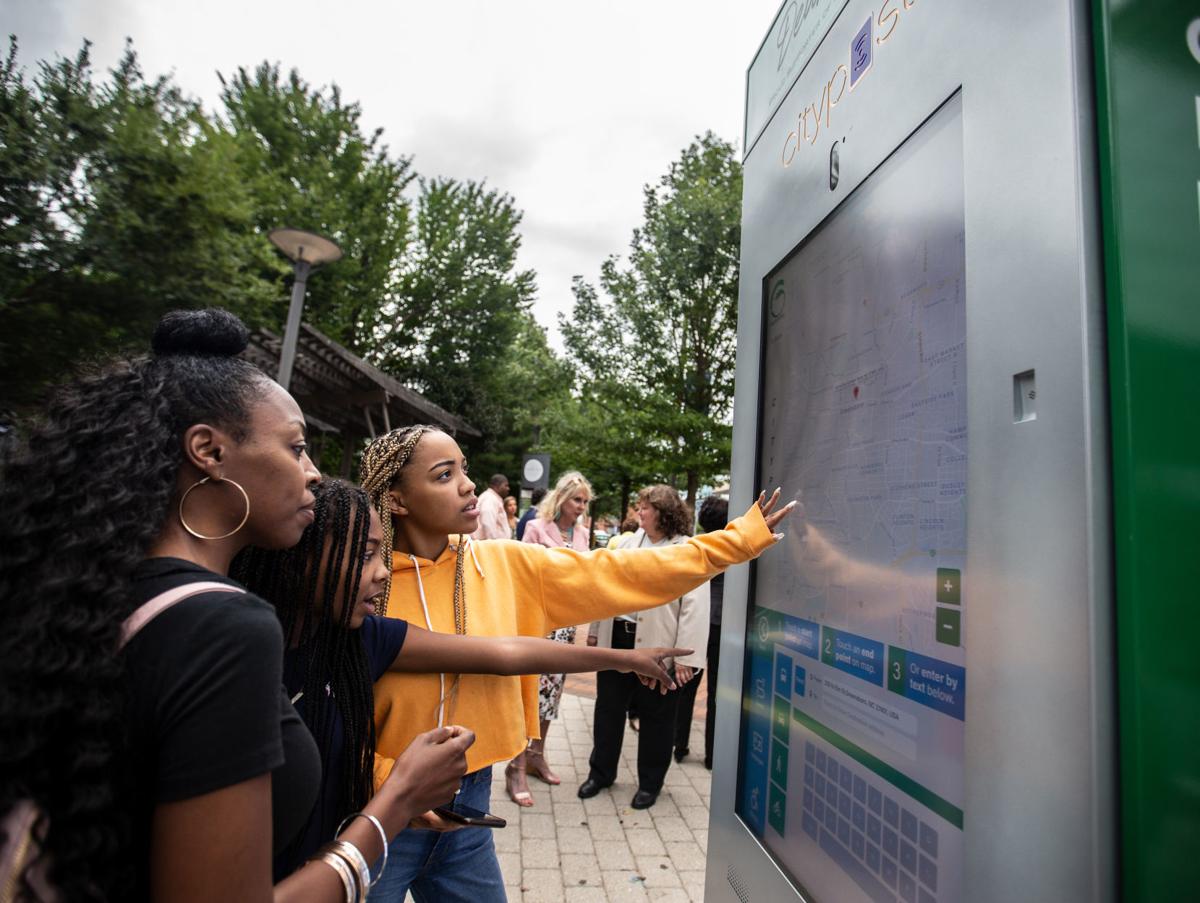 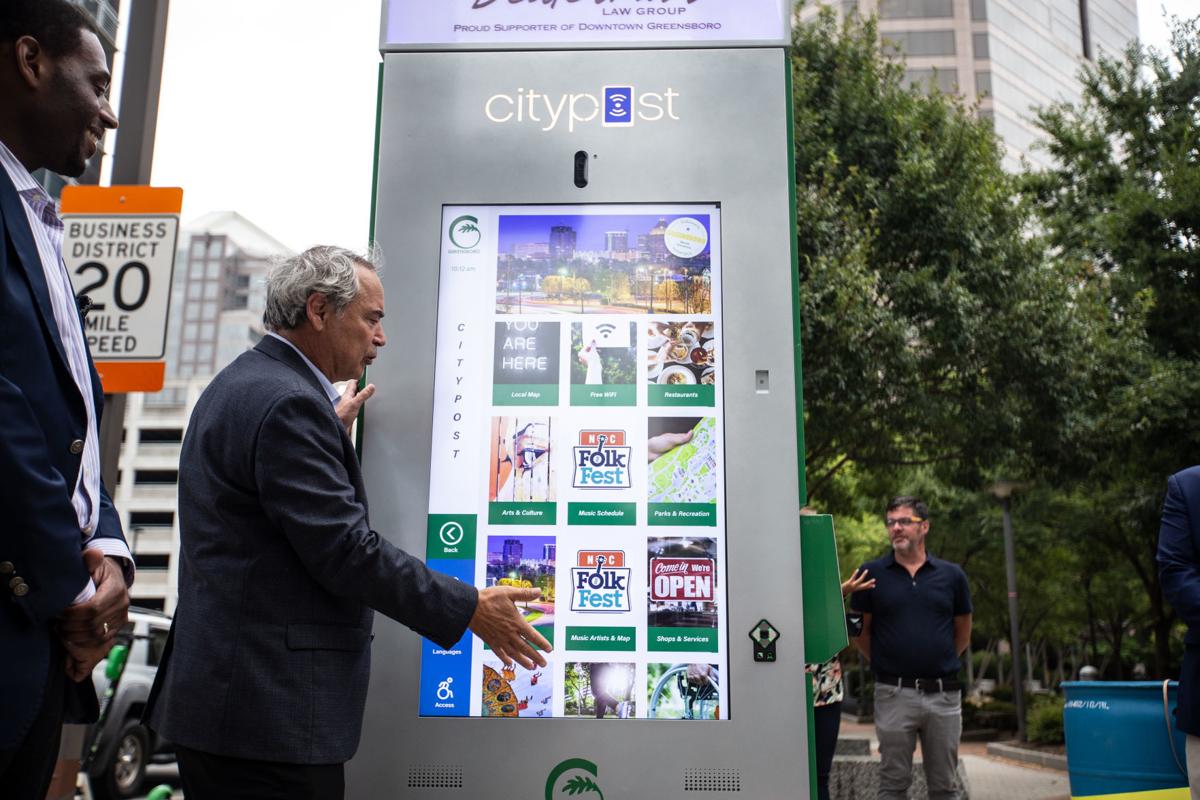 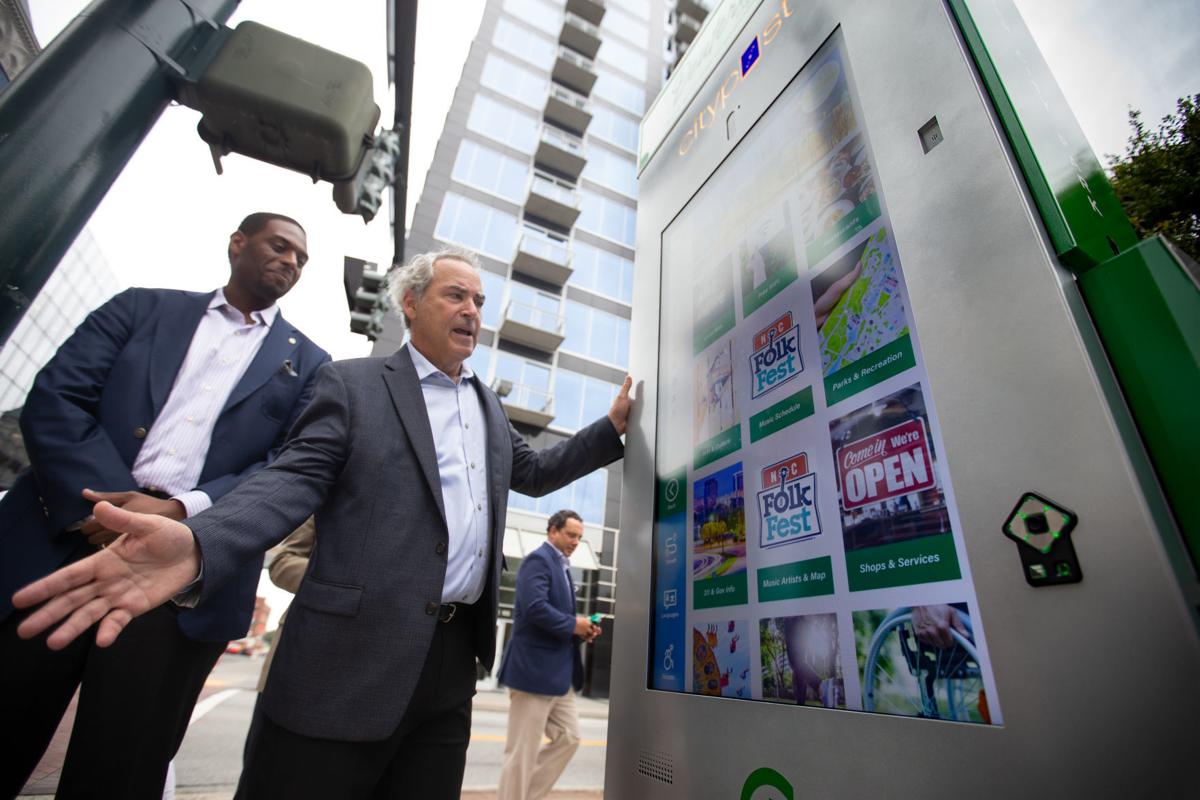 The kiosks, which look like large-scale smart phones, have a free interactive touch screen that features timely information relating to nearby restaurants, retail, events and public transportation.

The kiosks will offer a schedule and map of the festival.

“It’s a great thing for people to come downtown to see what Greensboro has to offer,” Greensboro Mayor Nancy Vaughan said at ribbon cutting at a kiosk at Center City Park on Thursday. “We are the first in North Carolina to have these kiosks.”

New York-based Smart City Media is providing the kiosks — in partnership with the city and support from Duke Energy — and will advertise on them.

The kiosks offer a choice of several foreign languages to assist visitors. They are also a free Wi-Fi hot spot. A sister app that features the same information as the kiosks can be downloaded on mobile devices.

The kiosks even have an interactive selfie photo feature.

Zack Matheny, president of Downtown Greensboro Inc. which helped to bring the kiosks to Greensboro, said the all-weather information spots will benefit the 1.8 million people who come to downtown every year.

“If you’re downtown on a windy day, like today, it’s hard to look a paper map,” Matheny said. “These kiosks will help navigate people to restaurants and shops.”

Additional kiosks are planned for:

They are expected to be in place and on line by the end of September.

Matheny said kiosks will eventually be installed outside of the downtown such as places like the Greensboro Coliseum and the Greensboro Science Center.

Amazon appears to have votes to block union effort

Amazon appears to have votes to block union effort

If the weather forecast holds, clear skies and warm temperatures should greet this weekend's N.C. Folk Festival in downtown Greensboro. 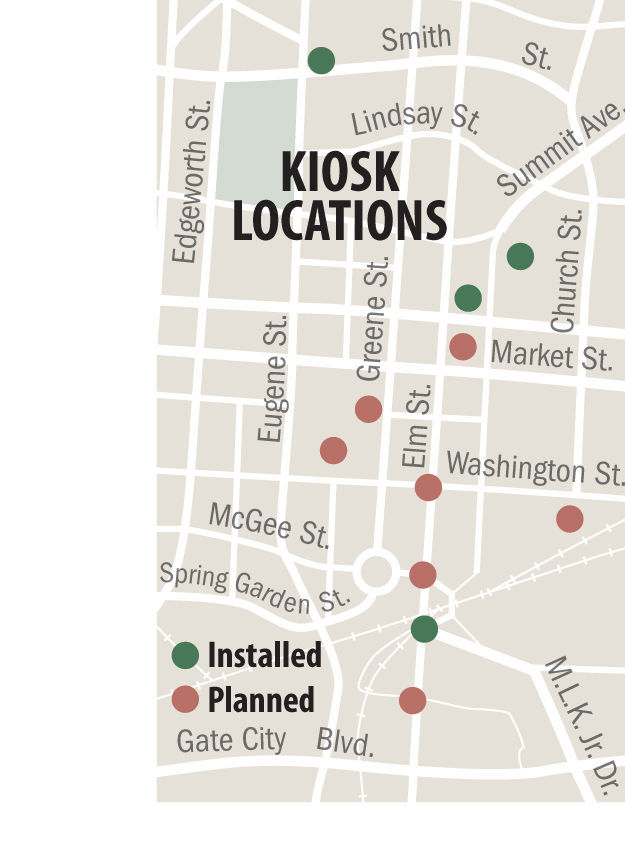