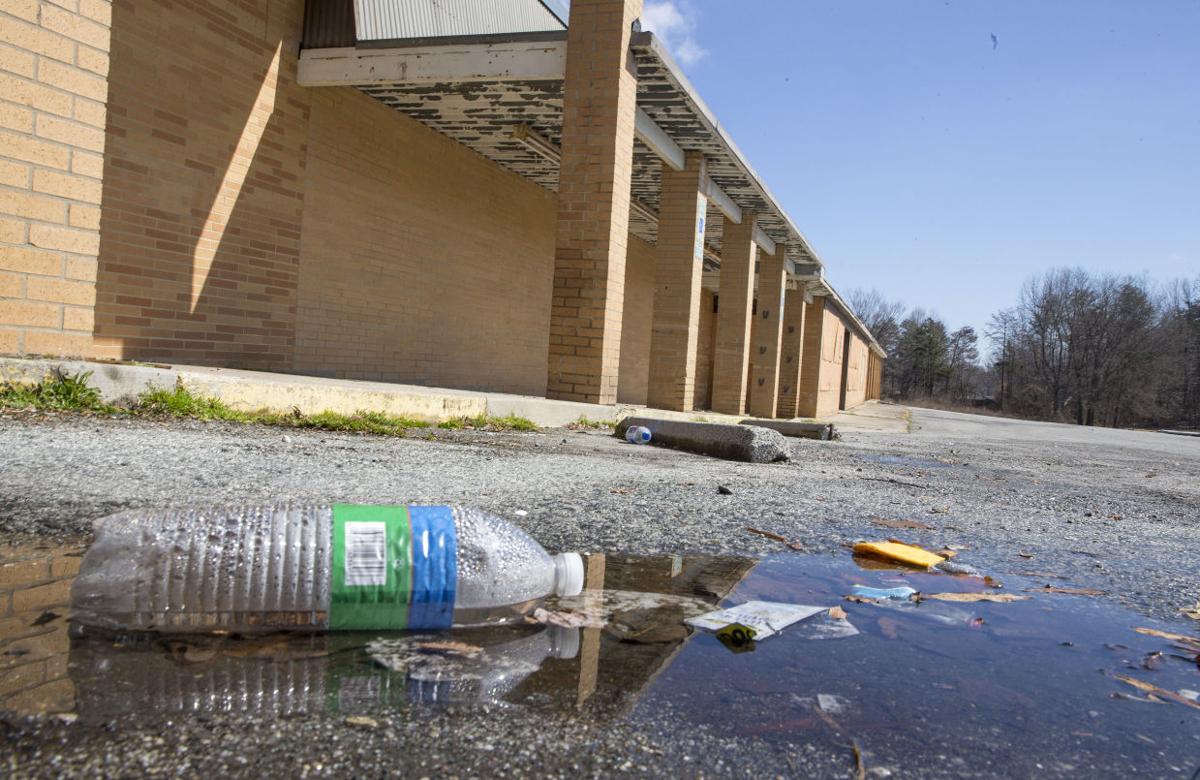 A discarded water bottle lays in the parking lot of Bessemer Center, a long-abandoned shopping center on Phillips Avenue in Greensboro, N.C. on March 6, 2015.

A look at food deserts in Guilford County.

Another poll has ranked the Greensboro-High Point metropolitan area as among the hungriest in the country.

Only this time, the Gallup poll commissioned by the Food Research and Action Center in 2014 ranks the area No. 1 for people who had difficulties securing food, based on a percentage of the total population.

North Carolina placed eighth overall, with Mississippi at the top of the rankings. Louisiana was second, followed by West Virginia.

In 2013, the Greensboro-High Point metro area ranked second in this poll — and has fared poorly over the years in other poverty studies.

Most of the area’s problems can be traced to 2007 when textile companies, furniture manufacturers and call centers began eliminating jobs. It’s a list that’s as daunting as it is distinguished and includes such companies as Cone Denim, American Express and Thomas Built Buses.

“Many people would prefer to think it happens somewhere else,” said Clyde Fitzgerald, the executive director of the Second Harvest Food Bank of Northwest North Carolina, who wasn’t surprised by the poll’s findings.

The poll asked a single question: Have there been times in the past 12 months when you did not have enough money to buy food that you or your family needed?

It was posed to hundreds of thousands of households across the country as part of the Gallup-Healthways Well-Being Index.

The result: Americans in every community and state struggle to put food on the table.

Across the country, 17.2 percent of respondents reported food hardship — an indicator of hunger. It’s the lowest rate since Gallup began collecting this data in early 2008.

“The immediate response I had was, ‘Here’s our opportunity to take our biggest challenge and turn it into our biggest opportunity for innovation,’ ” said Marianne LeGreco, a communication studies professor at UNC-Greensboro who specializes in food policy and public health communication.

According to the Gallup poll, Greensboro-High Point is also the only metro area in the top 10 with more than 25 percent saying they had a food hardship.

And it’s not just what residents say that confirms there is a problem.

The U.S. Department of Agriculture has designated 24 census tracts in Guilford County as “food deserts” — 17 in Greensboro and seven in High Point. Residents living in these areas have limited access to healthy foods, including fresh fruits and vegetables.

“I hear a lot of people say the recession is over, the economy is better ... that’s true for many people, but that’s not true for most of those we are serving because the recovery hasn’t reached them yet,” Fitzgerald said.

In 2009, the food bank’s collection and distribution network handed out almost 7 million pounds of food in 18 Piedmont counties.

Today, that number is closer to 27 million pounds of food.

“And we still can’t meet the needs,” Fitzgerald said.

“It takes that awareness to generate support to do something about it,” Fitzgerald said.

A new Gallup poll reaffirms the

Triad area’s status as No. 1 where people struggled to get food.

GREENSBORO — Moving into her own apartment was a good and bad experience for Melanie Noble.

GREENSBORO — The city hopes to get input from residents and local businesses on a plan to fight “food deserts” at a public meeting this afternoon.

GREENSBORO — A new booklet has been going around town since April.

When it comes to fruits and vegetables, you can’t beat homegrown.

The Renaissance Community Co-op gets $250,000 to help open a new grocery store.

Organizers of the proposed Renaissance Community Co-op are using two different methods to seek funding from Guilford County, either of which would put the store within reach of its overall fundraising goal.

Co-op organizers: ‘We are so close’

Food desert may get oasis

Organizers of the Renaissance Community Co-Op hope envision a 10,000-square-foot store that will create 17 full-time and 14 part-time jobs, all of which will pay more than $10 an hour.

A discarded water bottle lays in the parking lot of Bessemer Center, a long-abandoned shopping center on Phillips Avenue in Greensboro, N.C. on March 6, 2015.

A look at food deserts in Guilford County.