Greensboro businessman and top Republican donor Louis DeJoy has been put in charge of the U.S. Postal Service.

DeJoy is the former chairman and CEO of New Breed Logistics, a High Point company that grew from 10 employees to more than 9,000 during his tenure. New Breed worked with companies such as Verizon, Disney and Boeing. It also provided logistics support to multiple Postal Service mail processing facilities for more than 25 years. The company won four awards that the Postal Service gives annually to its top suppliers.

DeJoy sold New Breed in 2014 to XPO Logistics, a supply chain company based in Connecticut. After retiring in 2015 as CEO of XPO's supply chain business in the Americas, DeJoy served on the company's board until 2018. He's now president of LDJ Global Strategies, a Greensboro real estate investment and consulting company.

"Louis DeJoy understands the critical public service role of the United States Postal Service, and the urgent need to strengthen it for future generations," Mike Duncan, chairman of the postal service's board of governors, said in a news release.

DeJoy and wife Dr. Aldona Wos have deep ties to the Republican Party and to President Donald Trump.

DeJoy, according to the Washington Post, which first reported DeJoy's appointment, has given more than $2 million since 2016 to the Trump campaign and Republican Party efforts. He's currently in charge of fundraising for the Republican National Convention, scheduled for late August in Charlotte. The couple hosted private fundraisers for Trump in 2017 and Vice President Mike Pence in 2019 at their home in Irving Park.

Wos was appointed U.S. ambassador to Estonia by President George W. Bush, a Republican, and served from 2004 to 2006. From 2013 to 2015, she was secretary of the N.C. Department of Health and Human Services during Republican Pat McCrory's lone term as governor. She's currently the vice chairwoman of the President’s Commission on White House Fellowships.

In February, Trump nominated Wos to serve as U.S. ambassador to Canada. That nomination is pending in the U.S. Senate.

The couple's philanthropic organization, the Louis DeJoy and Aldona Z. Wos Family Foundation, supports education, community engagement, health and wellness and public policy, according to its website. DeJoy has served on Elon University’s Board of Trustees since 2007, and the couple created a scholarship fund in 2018 to help low-income students from Guilford County attend the private university.

Earlier this year, DeJoy's LDJ Global Strategies outbid several other parties for the Edgeworth Building, the multistory Guilford County office building at 232 N. Edgeworth St. County commissioners agreed in February to sell the building to DeJoy's firm for $2 million. DeJoy hasn't said publicly what he plans to do with the building, which sits just south of First National Bank Field and near several new commercial developments.

As postmaster general, DeJoy will be CEO of an organization in the president's crosshairs. The Post reported that Trump has railed against the agency for years — he called it "a joke" a month ago — and has said the Postal Service should raise rates dramatically on package delivery.

The Postal Service, meanwhile, according to the Post, says its rates are competitive with those of UPS, FedEx and other carriers.

The Treasury Department and the Postal Service are negotiating a $10 billion line of credit that was included in federal coronavirus legislation in March, the Post reported.

"Postal workers are the heart and soul of this institution, and I will be honored to work alongside them and their unions," DeJoy said in a statement issued by the Postal Service.

The Post reported that DeJoy is the first postmaster general in 20 years who didn't rise through the postal service ranks. He'll replace Megan Brennan, who took the job in 2015 and announced her retirement late last year.

The Board of Commissioners also hired architects to design and plan a new law enforcement building.

The offer of just more than $2 million goes to Guilford commissioners next month. 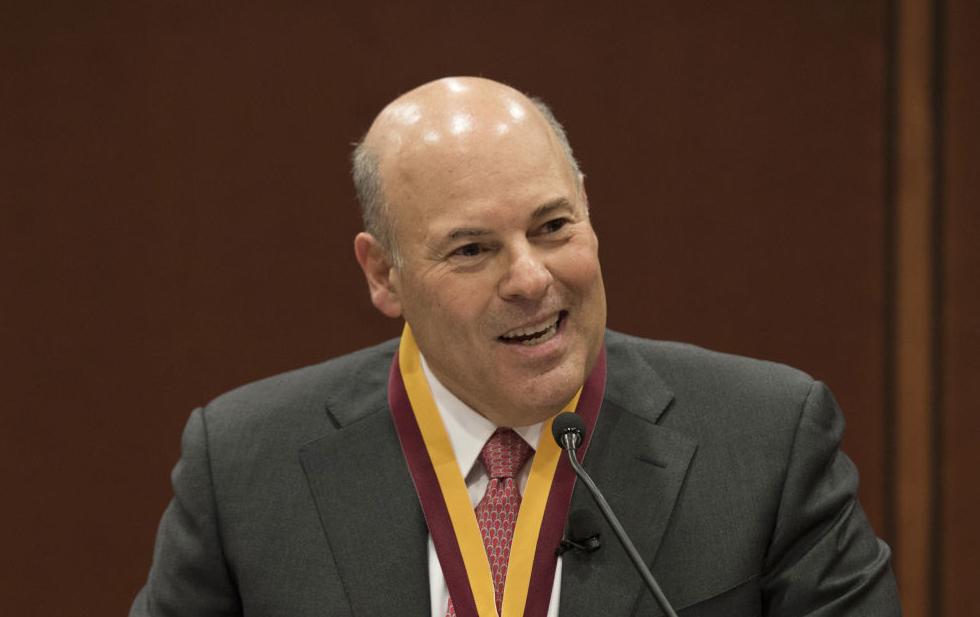 Elon University trustee Louis DeJoy speaks during the 2017 ceremony in which he received Elon's Medal for Entrepreneurial Leadership. 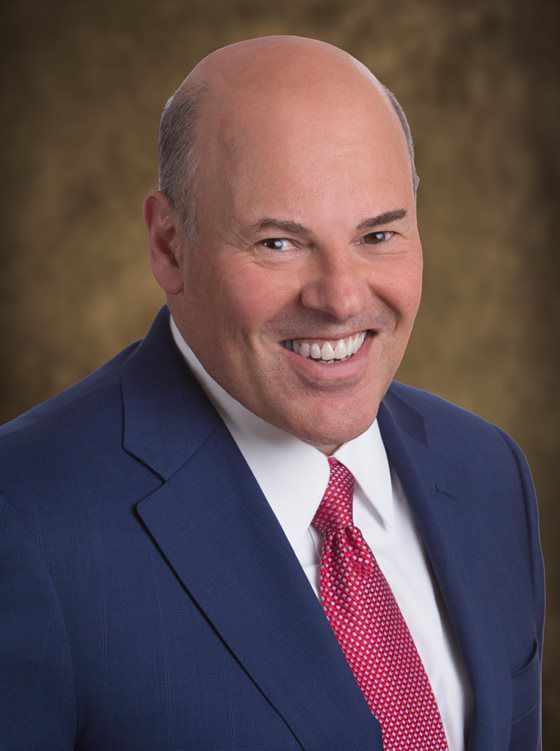