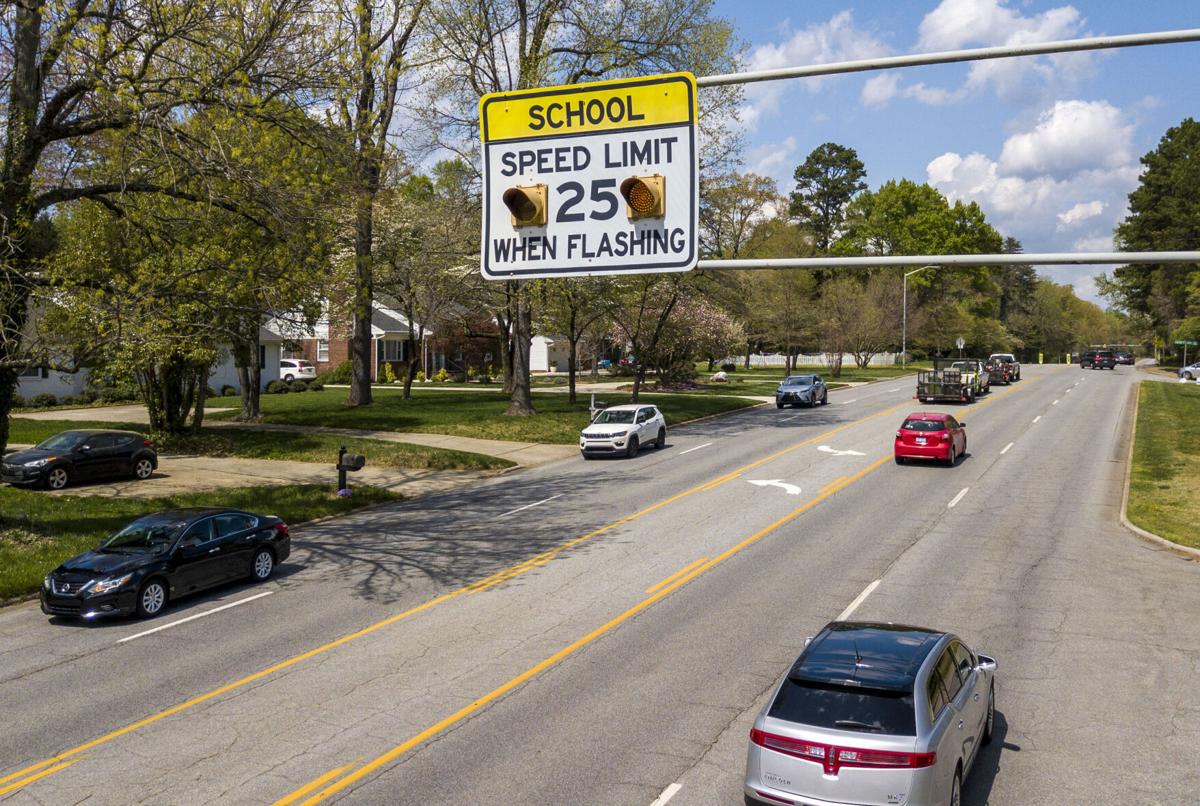 Vehicles move through the Sternberger Elementary School speed zone on Holden Road in Greensboro on Friday. 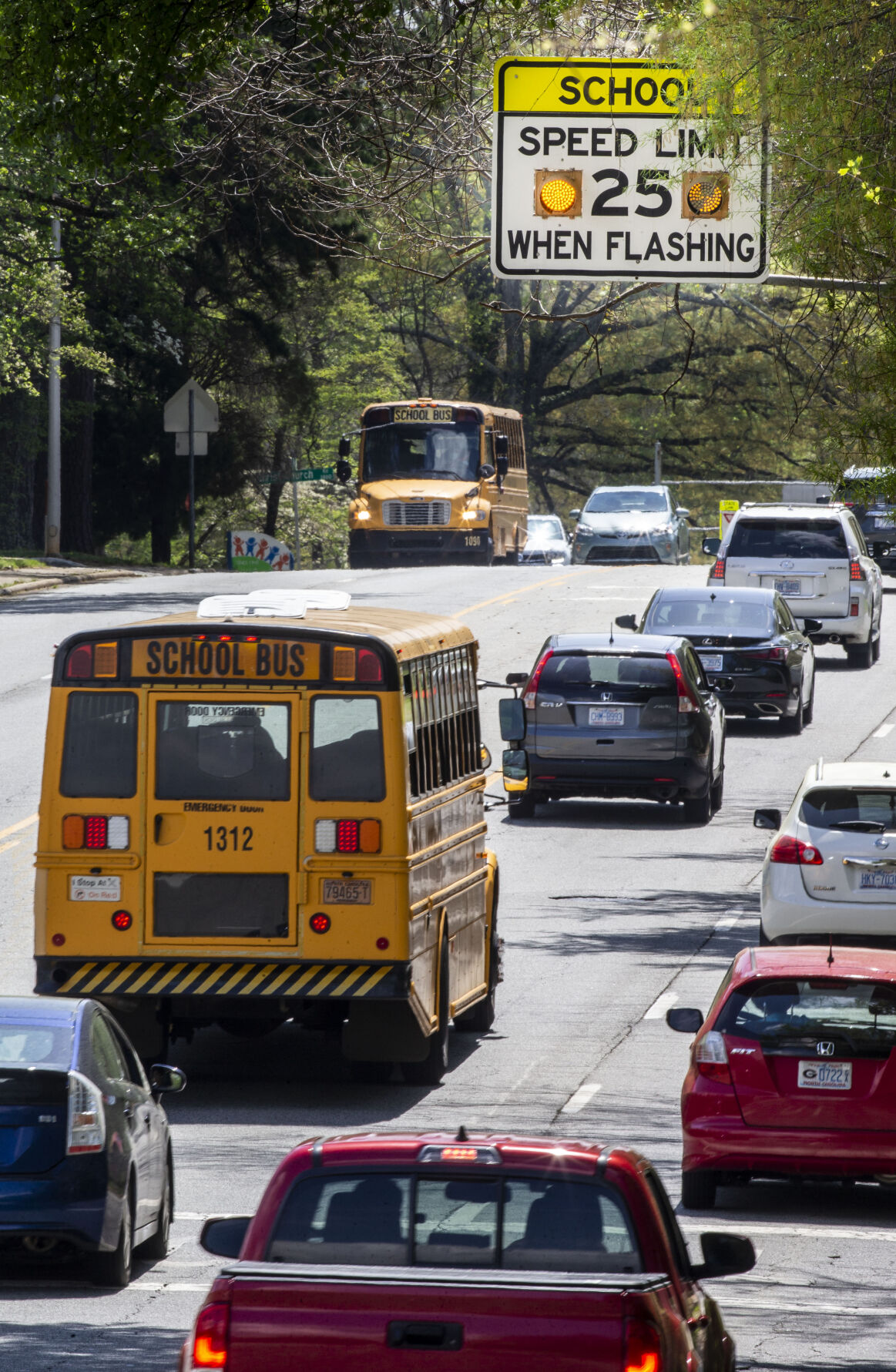 GREENSBORO — Children aren’t the only ones in danger when traffic speeds through a school zone.

As kids at Sternberger Elementary School were being dismissed one afternoon last week, three parents stepped carefully onto busy Holden Road and waited for traffic to slow or stop before rushing across the thoroughfare to pick up their children.

Signs to yield to pedestrians were placed in the crosswalk, but one careless driver could’ve caused a tragedy.

Greensboro has 58 public schools within the city limits, all with speed zones where motorists are required to slow down for safety.

But city officials believe not enough drivers are heeding those signs.

So the city wants to try a preventative measure — placing cameras in school zones that will snap photos of license tags belonging to speeding cars.

The city will follow up with unwelcome mail to the accused: a $250 fine for the infraction.

The city has asked the General Assembly to pass a bill allowing it to start a pilot program to test the system and that measure, introduced by Sens. Michael Garrett and Gladys Robinson, is currently in the Rules and Operations committee of the Senate.

“School-zone speeds are set to protect the most vulnerable roadway users: children,” city Transportation Director Johanna Cockburn said in an email to the News & Record.

Cockburn said officials will decide how many places to install the cameras and study the results before taking the program citywide if a bill is passed.

She said that a 2006 National Highway Traffic Safety Administration study of camera-enforced speed zones near schools show that it’s an effective method to improve safety.

According to Cockburn, studies showed the number of vehicles exceeding the posted speed in a school zone by more than 10 mph was reduced by 60% when monitoring was in place.

Many Greensboro schools are near busy thoroughfares.

Under the program, motorists would be warned when their speed is being clocked.

The accused speeder would get a citation from the city with all the relevant details and a notice to pay $250.

The legislation would require the city to get approval of the Guilford County Schools superintendent for each selected school zone.

The pilot program is for a maximum three-year period, would require a report to the Joint Legislative Transportation Oversight Committee and mandate that the city file new legislative proposals to expand the systems in school zones across Greensboro.

State law is restrictive about electronic speed enforcement, and Cockburn said it’s not certain whether such a program would become a fixture.

“Given the current restrictions on electronic monitoring, it is hard to speculate if this would be a permanent approach to traffic enforcement,” she said.

Vehicles move through the Sternberger Elementary School speed zone on Holden Road in Greensboro on Friday.