Cooper says bars can open indoors in N.C. — with limits 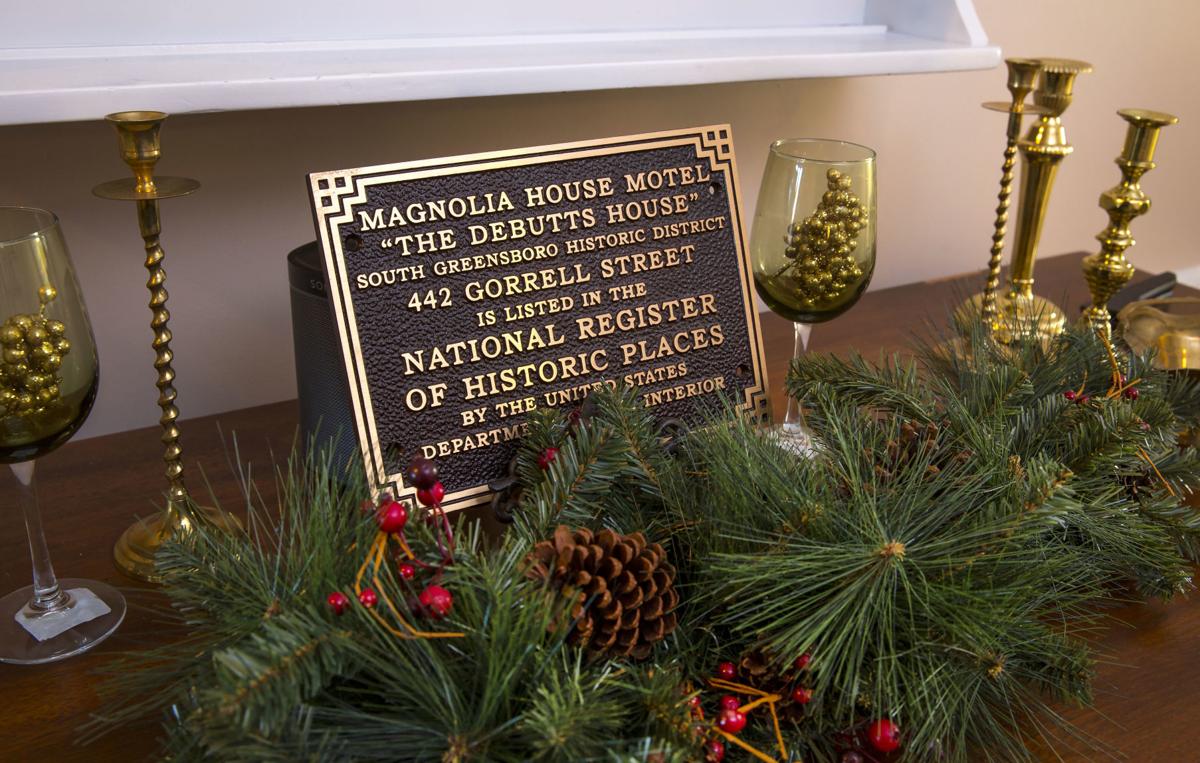 The 1889-era Magnolia House in Greensboro is on the National Register of Historic Places. 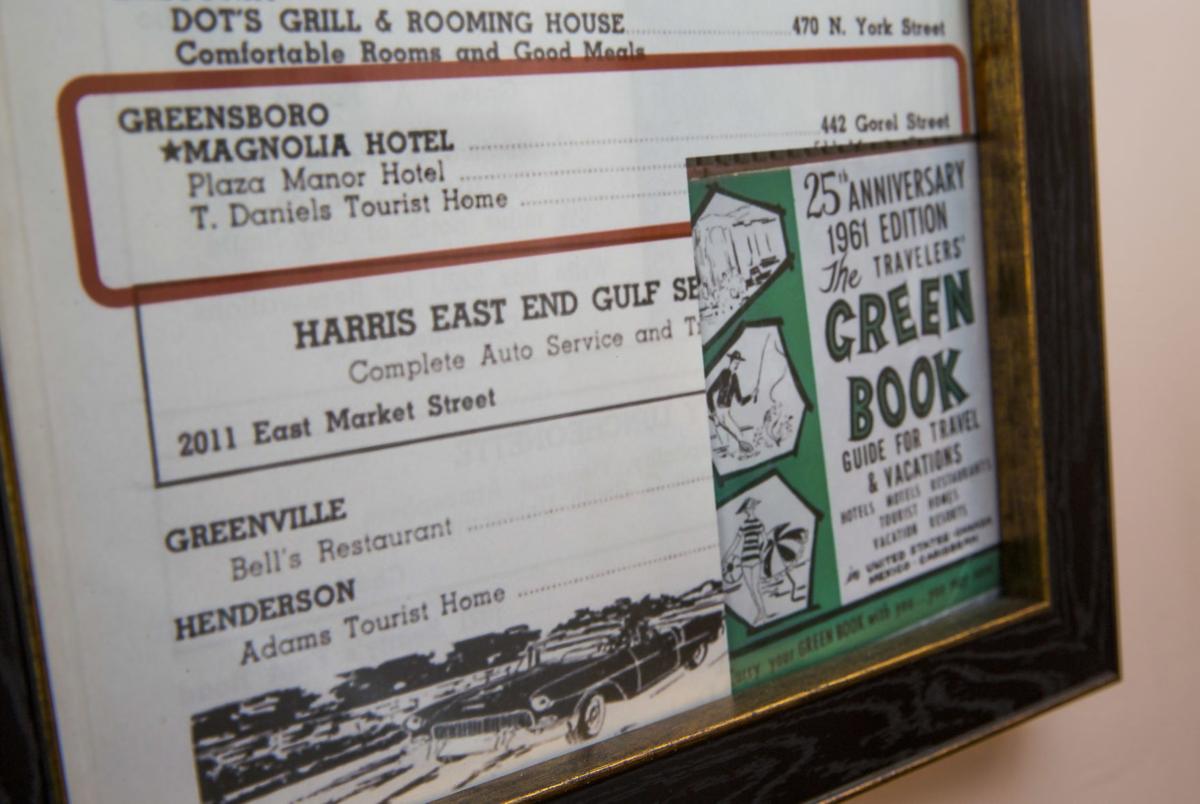 This December 2019 photo shows a framed listing of the historic 1889-era Magnolia House on Gorrell Street in Greensboro in "The Green Book," which listed motels, restaurants and other establishments where Black travelers could safely dine and stay overnight in the era of the segregated South. 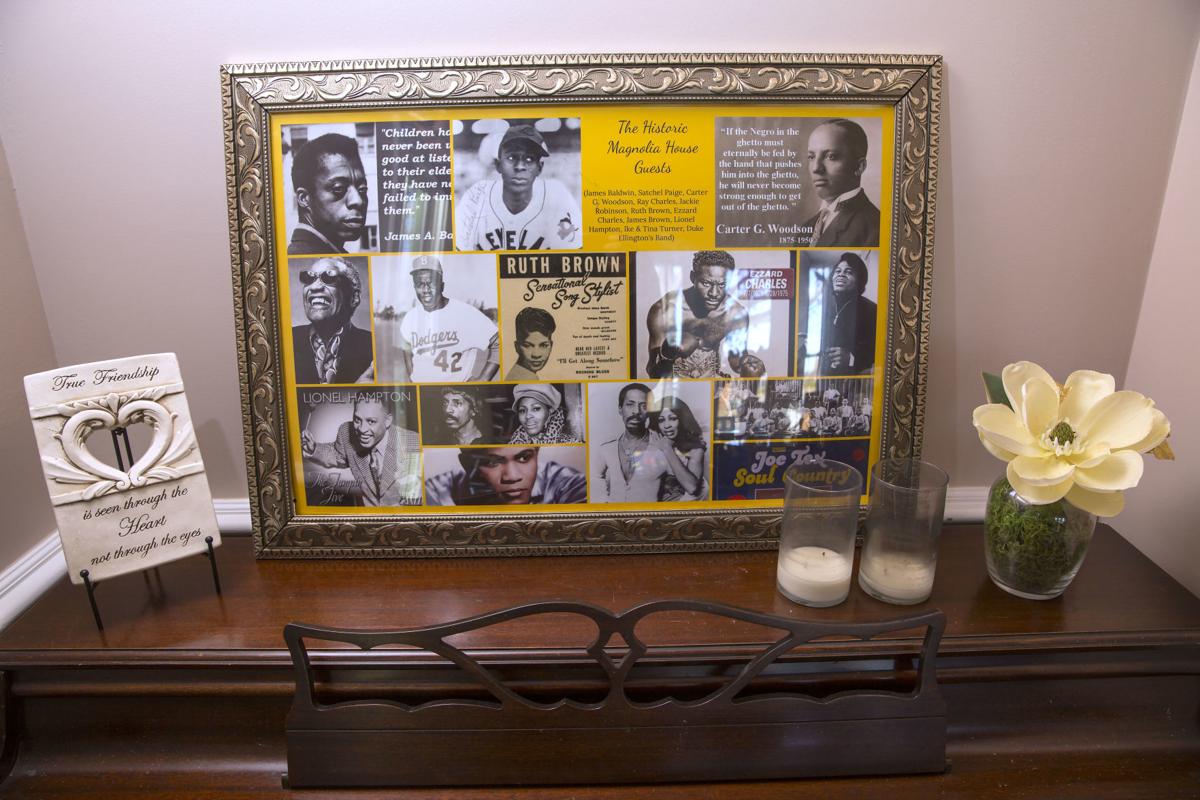 A long list of entertainers, musicians and celebrities stayed at the historic 1889-era Magnolia House in Greensboro.

Maske and Torres Melendez didn't know about the former motel at 442 Gorrell St., where Black travelers could safely dine and stay overnight in the era of the segregated South.

It was among more than 300 hotels, restaurants, nightclubs, gas stations and beauty salons in North Carolina listed in "The Green Book." The state-by-state guide, published between 1936 and 1966, served as a travel guide and a tool of resistance to confront racial discrimination.

The Pass family has restored the Victorian-style house at Gorrell and Plott streets, high above Murrow Boulevard. It's listed on the National Register of Historic Places.

"To learn that we had a site that was involved with not only African American history and culture, but really involved with the civil rights movement and politics in the area was amazing," Maske said.

Maske and Torres Melendez learned that by joining 11 other UNCG museum studies graduate students, led by assistant professor Torren Gatson, in a year-long research project on The Magnolia House.

The exhibit that students created on seven display panels will open there virtually from 1 to 3 p.m. Saturday on Zoom. Join the opening online at tinyurl.com/magnoliaopening.

"They learned that the Magnolia House truly is more than just a home," Gatson said, referring to the exhibit's title.

The exhibit also will be open to the public attending Sunday brunches there, said Melissa Knapp, historic site manager and curator.

Knapp said she is trying to figure out how to open it to the public beyond the brunches.

Gaston focused his students on the house, he said, "because of its multi-layered history that touches so many points, not only of Greensboro history or state history, but also nestled within national conversations, whether civil rights or discussion of Black travel."

As the country talks about equality, diversity and inclusiveness, particularly in the field of history, "stories like this one have been really great in having these conversations," Maske said.

Students will take that experience with them when they receive their master's degrees in 2021 and seek work in their field.

The Magnolia House was built in 1889 as a private residence for the white Plott family, when whites resided on parts of Gorrell Street.

By the end of World War II, African Americans occupied most of Gorrell Street.

Arthur and Louise Gist bought it in 1949, converting it into a bed-and-breakfast. Sons Herman, a future state legislator, and Arthur "Buddy" Gist Jr., a future mentee of trumpeter Miles Davis, grew up there.

It earned the "highly recommended places to stay" distinction in what was officially called "The Negro Motorist Green Book." The book would later gain more widespread attention with the 2018 Oscar-winning film, "Green Book."

The need for the book diminished with passage of the Civil Rights Act of 1964, and The Magnolia later became a rooming house. Arthur Gist died, and the family closed the business in 1980.

The house fell into disrepair until 1996. Sam Pass, who grew up in the neighborhood, bought and gradually restored it.

"The Pass family doesn't just own the Magnolia to have a family business," Torres Melendez said.

"Making it a priority to remember the history and to make sure that the history of the house is known has made all the difference," she said.

Over the years, UNCG museum studies graduate students have gained attention for their well-researched and interesting exhibits.

Gatson commended students for creating the exhibit while coping with the safety restrictions of the COVID-19 pandemic.

Collecting information about the Magnolia House was "kind of tricky," Maske said.

They discovered that the New York Public Library digitized copies of 21 issues of "The Green Book." That was quite helpful, Maske said.

Maske looked through newspapers. They found articles about the Congress of Racial Equality doing its training at the Magnolia House, and about the NAACP holding conferences there and at two other area "Green Book" sites.

"The Magnolia House and other 'Green Book' sites were not just used by travelers," Torres Melendez said. "They were used by locals to be a safe meeting place and a safe place to exchange ideas about how to move forward as a country, how to better life for African Americans."

A group of Black veterans met there regularly. Piedmont Natural Gas hosted holiday parties for Black employees there. The niece of Charlotte Hawkins Brown, founder of the Palmer Memorial Institute in Sedalia, held a debutante party there.

In records at nearby Bennett College, students discovered a letter from a woman traveler asking to stay at the college on her trip to Florida. Bennett's president, Willa Player, suggested the Magnolia House and other sites.

In December, before the pandemic hit, students held community days when people shared photographs and memories.

"We got some great photographs of some of the different families in the area," Maske said.

To student Matthew McCarthy, "This whole process has been such an amazing learning experience."

Knapp, a May graduate of UNCG's museum studies program, is impressed with the students' work and the results.

Pass-Miller calls it an "amazing job" for bringing to light the history within Magnolia House walls.

"... Generally speaking, a lot of people who visit the house think of it first and foremost as a hotel," Knapp said.

"And of course we are known, in part, because of the many influential people who stayed within these walls," Knapp said. "But beyond that ... the Magnolia House was a key piece of community in Greensboro, and I think the exhibit does a really great job of highlighting that."

What: “More than Just a Home: Greensboro’s Historic Magnolia House"

From 11 a.m. to 3 p.m. Thursdays through Sundays, Magnolia House staff will invite visitors to view several exhibits. Larger groups should email info@magnoliahousegso.org or call 336-617-3382 to reserve a time. Otherwise, walk-ins are welcome.

The 1889-era Magnolia House in Greensboro is on the National Register of Historic Places.

This December 2019 photo shows a framed listing of the historic 1889-era Magnolia House on Gorrell Street in Greensboro in "The Green Book," which listed motels, restaurants and other establishments where Black travelers could safely dine and stay overnight in the era of the segregated South.

A long list of entertainers, musicians and celebrities stayed at the historic 1889-era Magnolia House in Greensboro.