Subscribe
Read Today's E-Edition
Share This
'It's an opportunity to give back.' Greensboro's Gillespie Grill serves over 400 first responders lunch to go.
0 Comments
Share this
1 of 7 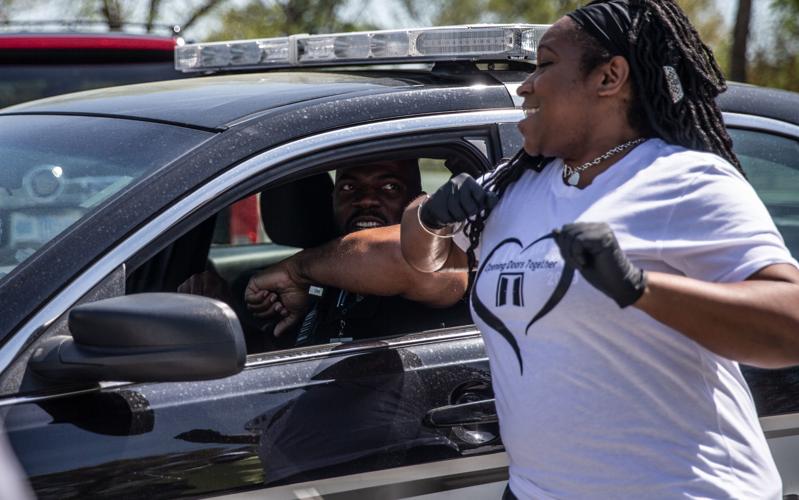 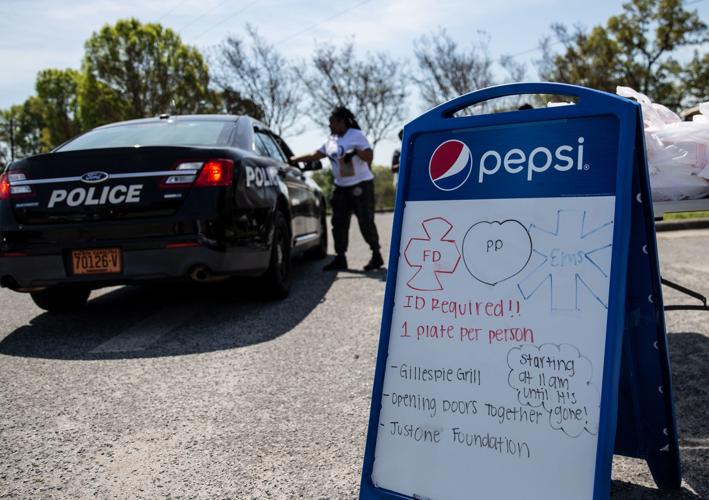 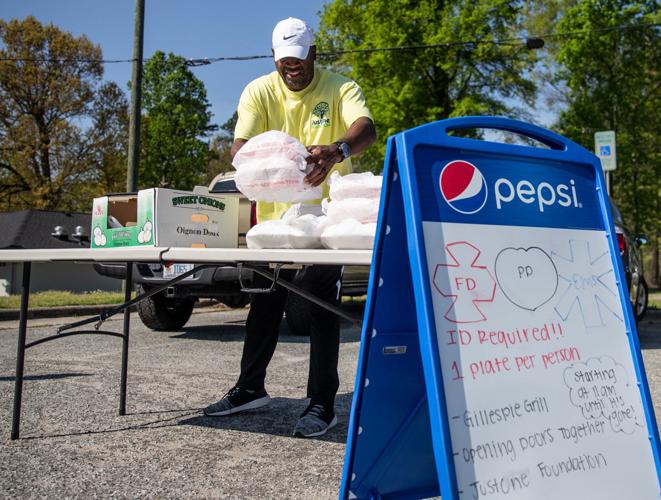 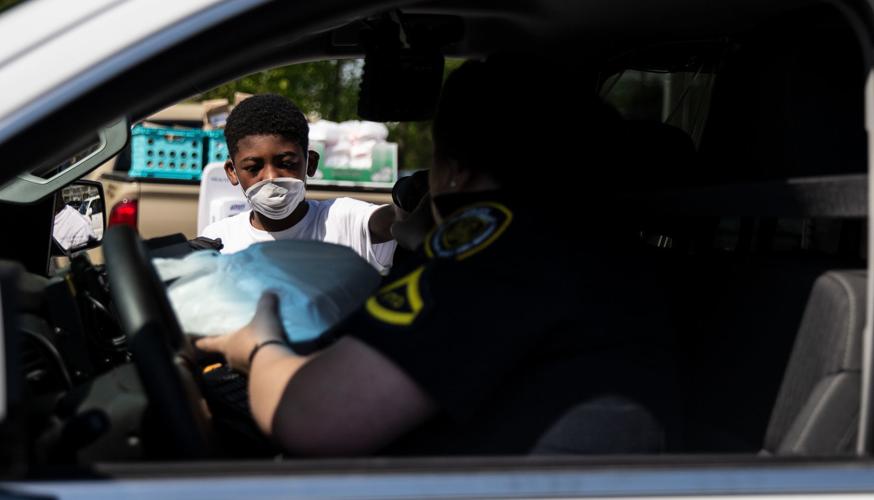 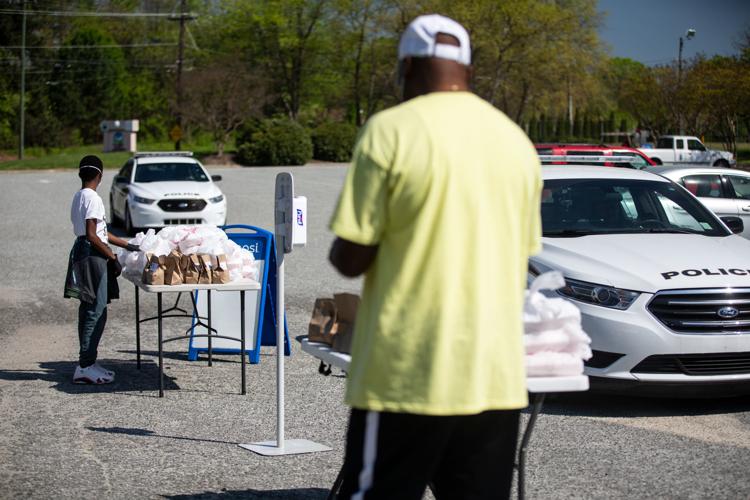 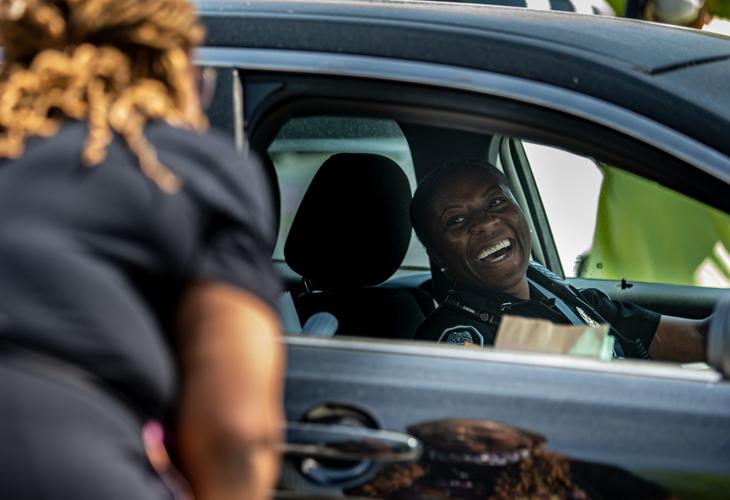 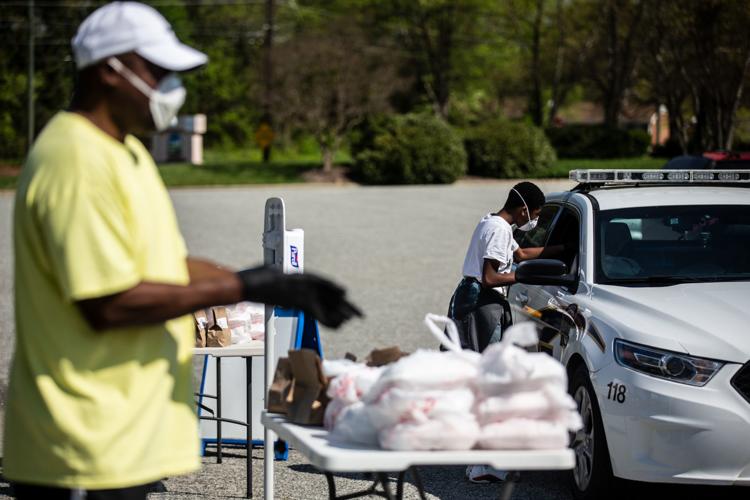 GREENSBORO — Lt. F.R. Banks with the Greensboro Police Department got lunch on the house Monday courtesy of Gillespie Grill at Gillespie Golf Course.

“Just being able to stop through and not having to worry about lines. It makes me very grateful,” Banks said.

Banks was among more than 400 police officers, firemen and health care workers who pulled through the parking lot at the golf course to pick up at least one — and sometimes more — bagged lunch to go.

“We’ve got baked ziti, a roll and a fruit cup,” said Stacy Simms as she handed a bag through the window of a squad car.

Simms had help distributing the meals from Justin Washington of Just One Foundation, an organization that provides activities in the community such as camps, and volunteers from Opening Doors Together, a non-profit that helps youth who have aged out of foster care.

“We thought it’d be a good idea to give back because they do help with my organization when we have different activities,” said Nicci Barkley, executive director of Opening Doors Together.

Simms’ husband, Willie, known as Chef Big Willie, was in the grill’s kitchen preparing and bagging the 500 boxed lunches that were given away.

“It’s an opportunity to give back,” he said.

Simms has been a chef since 2008. He went to culinary school after the recession left him without a job at a company that designed steel frame buildings. He always liked to cook and said God pushed him to go to school to be a chef.

“In the beginning, I was just trying to keep busy,” Simms said of his culinary degree. “It just turned into a career.”

He was a cook at United Healthcare before taking over the longtime grill at the golf course two years ago.

This is not the first time Simms has helped out the community in hard times. Last year, he served free food to government employees furloughed after the federal shutdown. Last week, he served free meals to seniors struggling to keep food on the table.

As the noon hour approached on Monday, patrol cars from the Greensboro Police Department and the Guilford County Sheriff’s Department filed in.

“We can’t get anything to eat running between call to call, so we really appreciate it,” one Greensboro officer said.

It wasn’t just first responders. Some health care workers, like Joseph Arnett and Tonnie Wright of Guilford Health Care Center, were among those who showed up for lunch.

“We gratefully thank y’all. It’s a blessing,” Arnett said as he took his bag.

Greensboro Police officer M.T. Edwards said he was on his way home to grab a bite to eat when he got a text from a fellow officer about the free lunch.

“Once you tell a couple of police officers, they know how to get the word out,” Edwards said.

And within minutes, more squad cars pulled into the lot.

There were plenty of smiles as Stacy Simms handed officers their food.

“We just like to give back, to let people know we appreciate everything they’ve done,” she said.

Guilford County has 119 reported cases of the coronavirus — an increase of 15 cases since Monday.

Eight people in Guilford County have died of COVID-19

Guilford County has 119 reported cases of the coronavirus — an increase of 15 cases since Monday.

Study: Be kind, it's actually good for you!

Study: Be kind, it's actually good for you!

'I send money to a lot of people': Herschel Walker responds to check woman claims was for abortion

'I send money to a lot of people': Herschel Walker responds to check woman claims was for abortion

Look to the sky, it's space month! What you can see in the sky during October

Look to the sky, it's space month! What you can see in the sky during October