Bryan Boulevard shut down at Holden Road because of accident, Greensboro police say 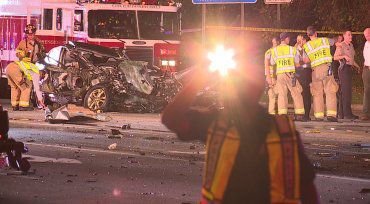 Five people died in Greensboro on Sept. 30 when a suspected stolen car being chased by a Guilford County sheriff’s deputy ran a red light and rammed another car. 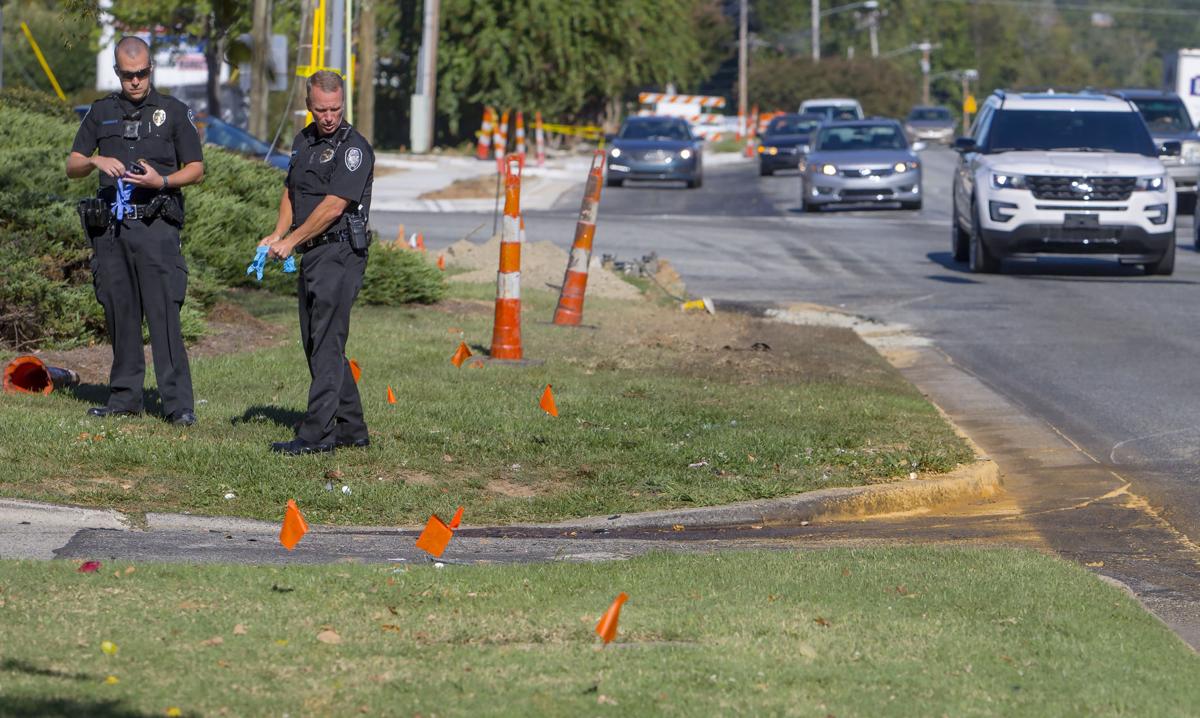 Greensboro police Lt. D.W. Knott (right) puts on gloves as he picks up items from the crash scene on Oct. 1 at the intersection of Battleground Avenue and New Garden Road.

Five people died in Greensboro on Sept. 30 when a suspected stolen car being chased by a Guilford County sheriff’s deputy ran a red light and rammed another car.

Greensboro police Lt. D.W. Knott (right) puts on gloves as he picks up items from the crash scene on Oct. 1 at the intersection of Battleground Avenue and New Garden Road.

GREENSBORO — Police have charged a woman with filing a false police report that indirectly led to the deadly crash on Battleground Avenue that killed five people on Sept. 30.

Erica Leann Robinson has a court date Jan. 19 to face charges brought by Greensboro Police Detective R. Goad, the lead investigator in the Battleground crash, one of the worst in the city’s history.

Police say Robinson reported the 2003 silver Acura had been stolen from an apartment complex on East Meadowview Road on Sept. 13. That report led a Guilford County Sheriff’s deputy’s attempt to stop the vehicle, which instead fled down Battleground and through a red light.

The Acura was fleeing at an estimated 130 miles an hour when it crashed into a 2012 Kia Optima carrying Alyssa “Allie” Mackenzie Bolick, 29, and Stephanie Louise Warshauer, 32, at the intersection of New Garden Road.

The women, along with three people inside the Acura — Deshon Lee Manuel, 42; Theresa Monique Kingcade, 34; and Bruce Wayne Hunt, 40 — died on impact.

Bolick’s dog, which was in the Kia, survived.

Police have yet to determine who was driving the Acura, because all three people inside were thrown from the vehicle.

Robinson is not being charged in the deaths, said Assistant District Attorney Howard Neumann, Guilford County’s lead prosecutor. The resulting tragedy sparked outrage both over the chase and the loss of innocent lives.

“I know everybody wants to pin something on somebody here, but we’ve got to stay within the confines of the law,” Neumann said. “The charge is that she reported it stolen when it was not stolen.”

Filing a false police report is a misdemeanor punishable by up to 60 days in jail. Robinson’s mother, Merry Robinson of Pelham, is the car’s registered owner.

“We still don’t know the transaction that happened between the car and the people that had it,” said Goad, who was assigned to investigate the crash.#

Deputy C. Linebeck was patrolling on Battleground Avenue north of Horse Pen Creek Road that Saturday night when he noticed what he characterized as suspicious activity inside the Acura. He ran its license-plate number through the National Crime Information Center database, which listed the vehicle as stolen.

“He’s operating on the premise that it was,” Guilford County Sheriff BJ Barnes said.

Linebeck then activated his blue lights, but the vehicle sped away, traveling south.

Two of the three people in the Acura — Manuel and Kingcade — had active warrants that night, and if the vehicle had been stopped, they would have gone to jail.

One decision brought together five lives on Battleground Avenue. One minute ended them.

It was a horrific car crash that shocked a community in September. The last minute and 10 seconds of their lives would play out on the dash ca…

Mother of crash victim struggles with loss through the holidays

Susan Lunsford is speaking publicly about her daughter's death in a crash on Battleground Avenue for the first time as many people, too, are s…

Guilford sheriff on weekend crash victims: 'I doubt they ever knew what hit them' (Video)

The woman told the officer that she had lent her car to someone named "Dino" and he had not brought it back when he promised he would, a review of body camera footage showed, according to prosecutors.