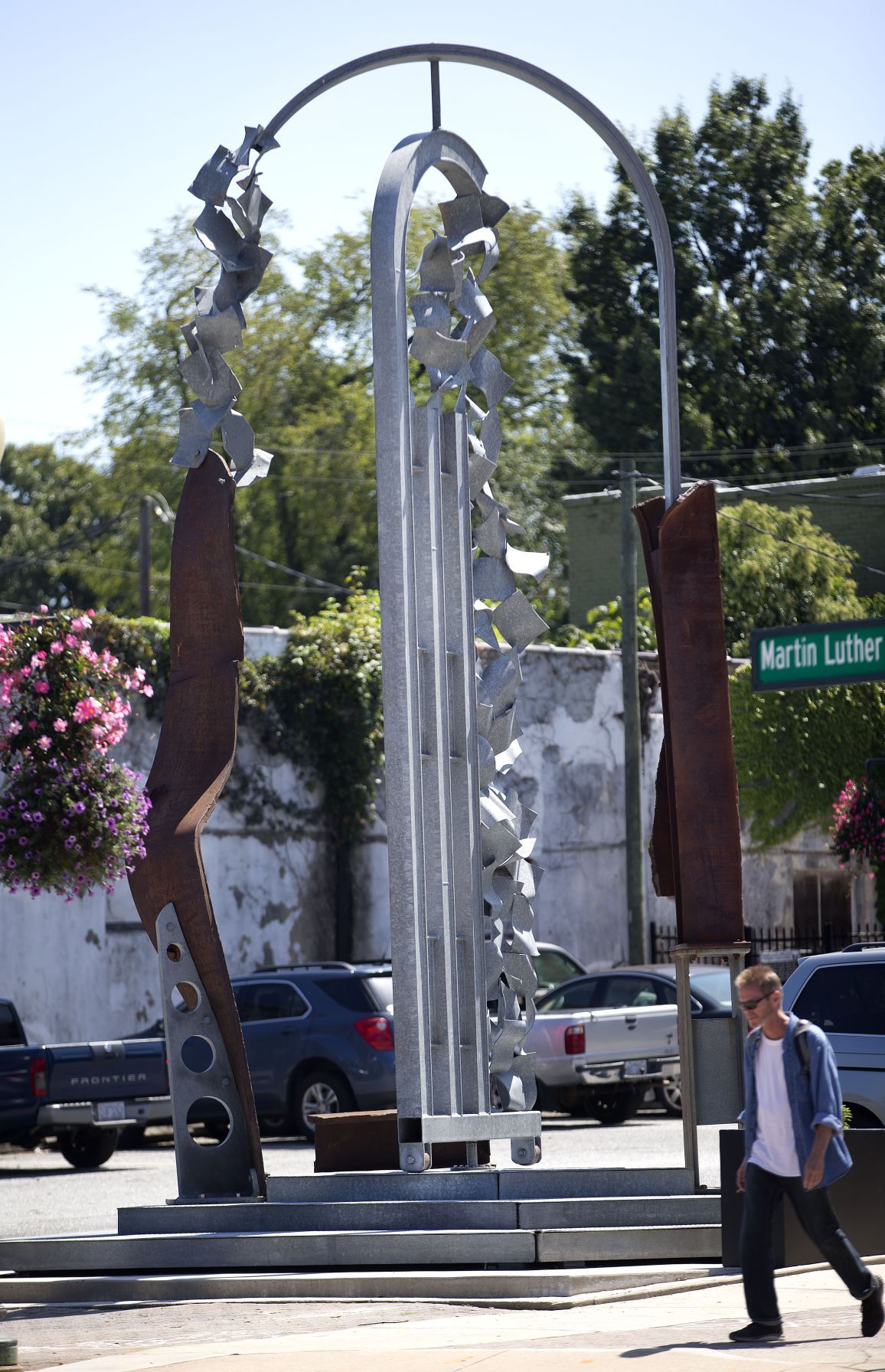 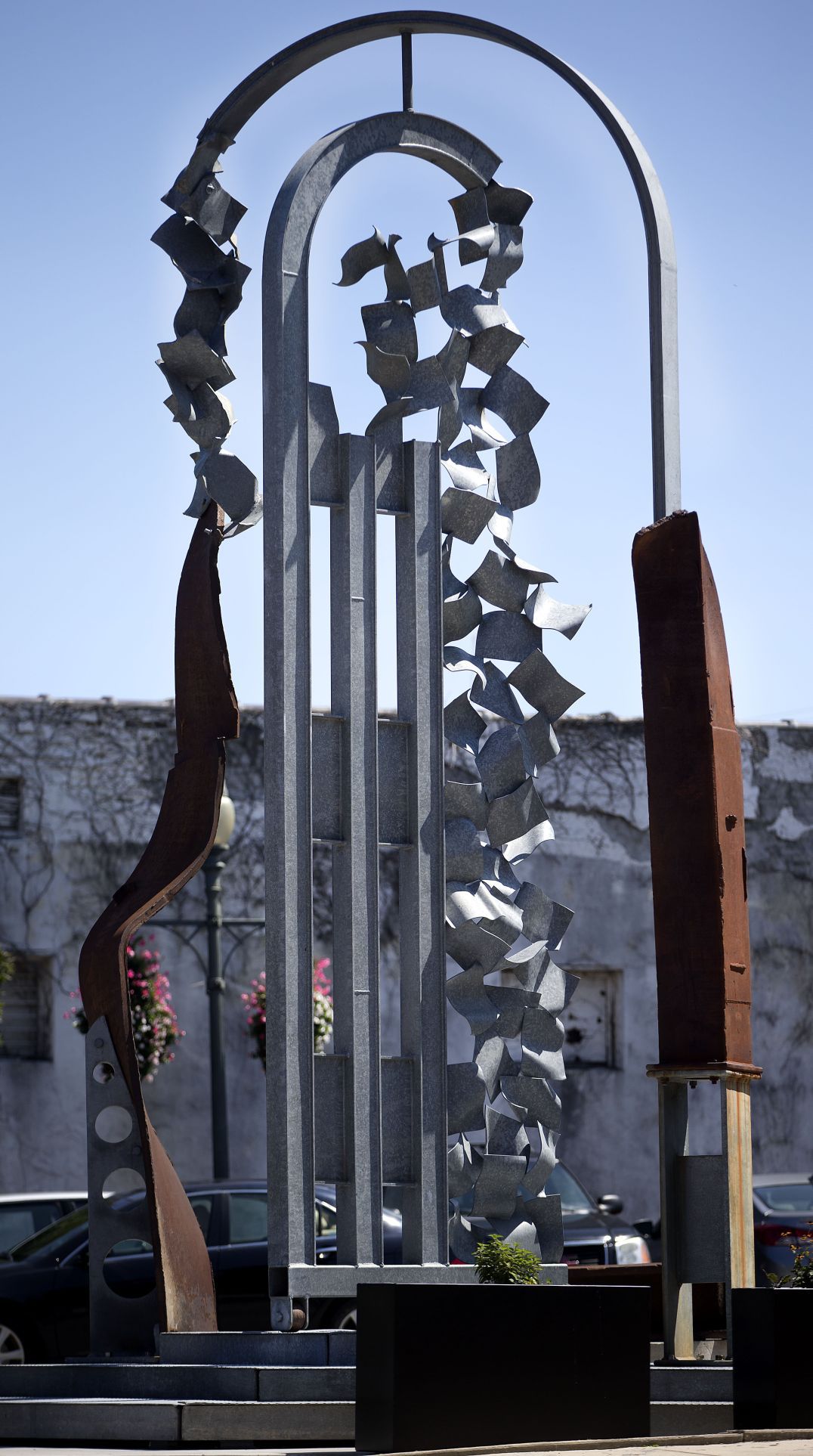 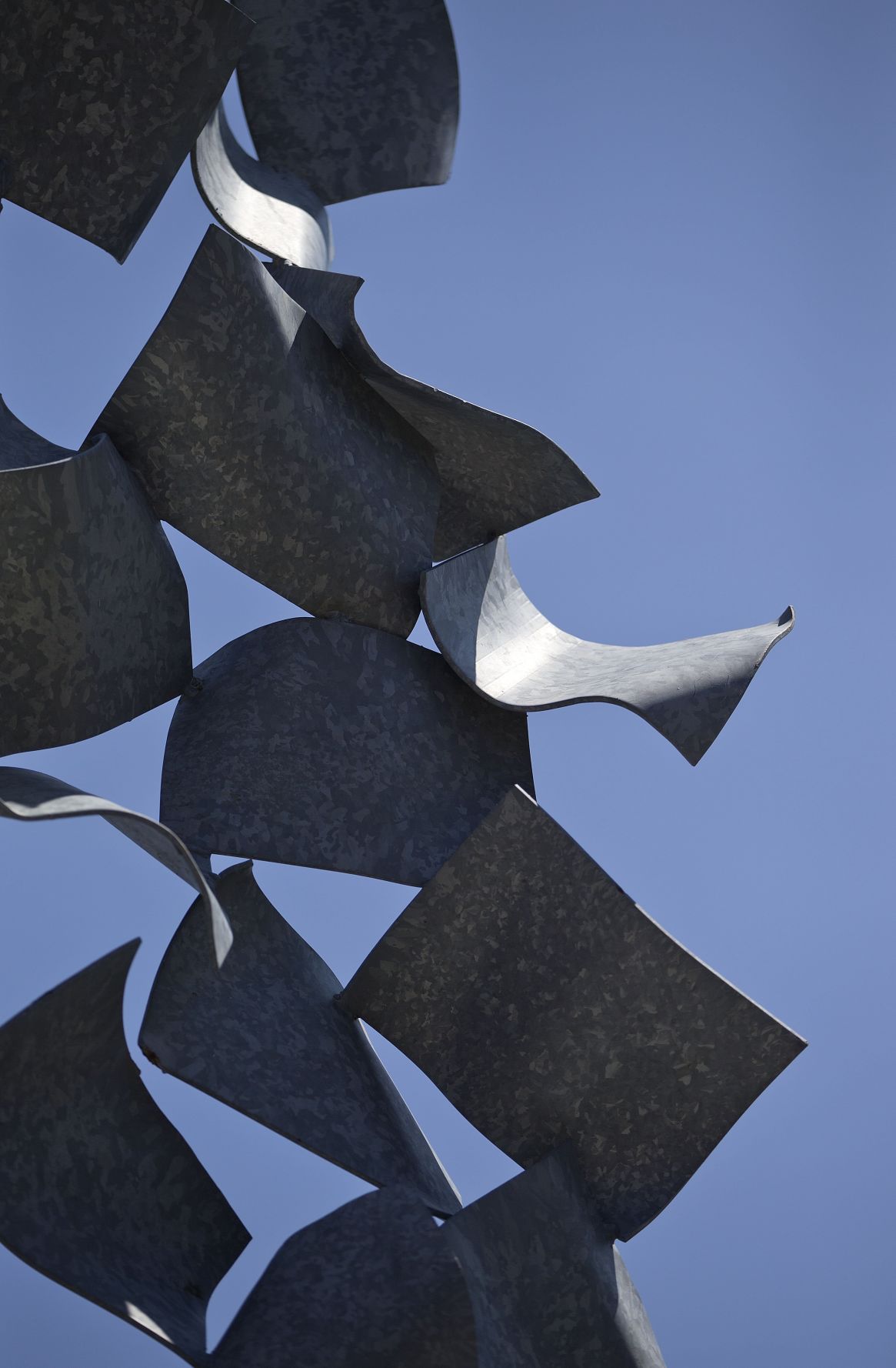 Fluttering papers are a key component to Jim Gallucci's 9/11 sculpture. 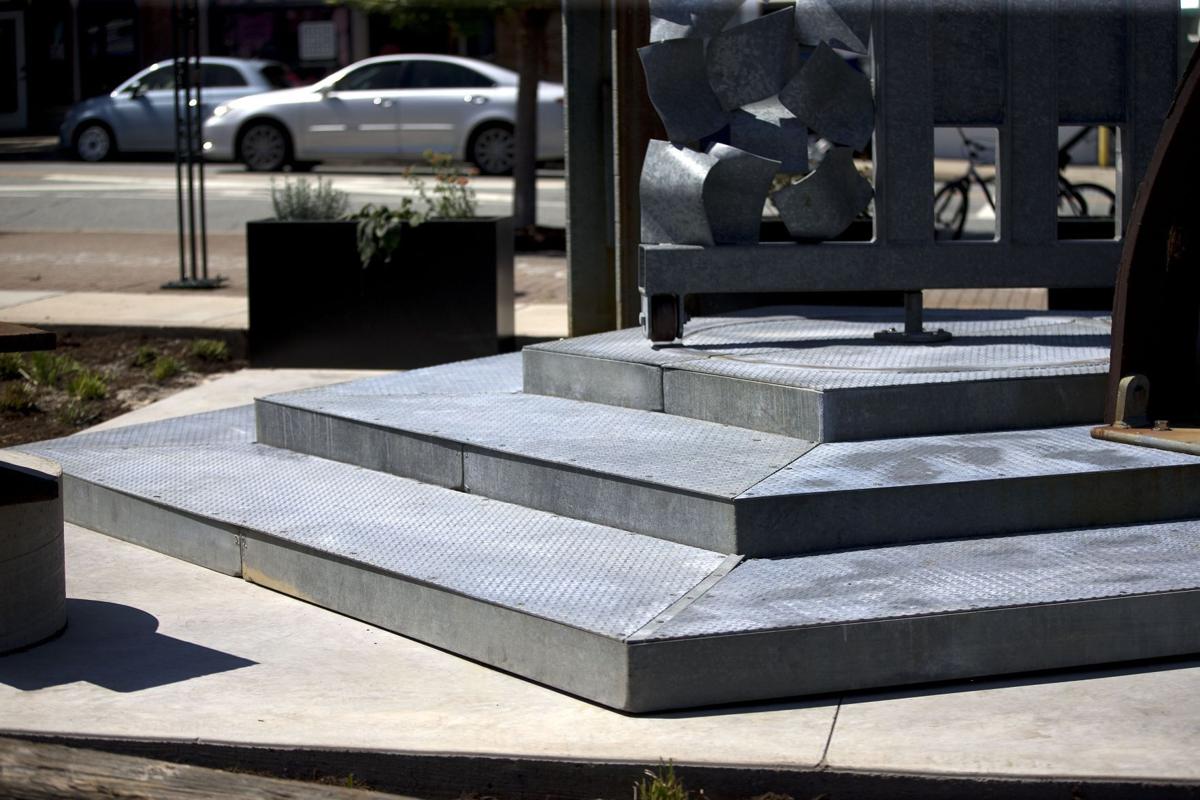 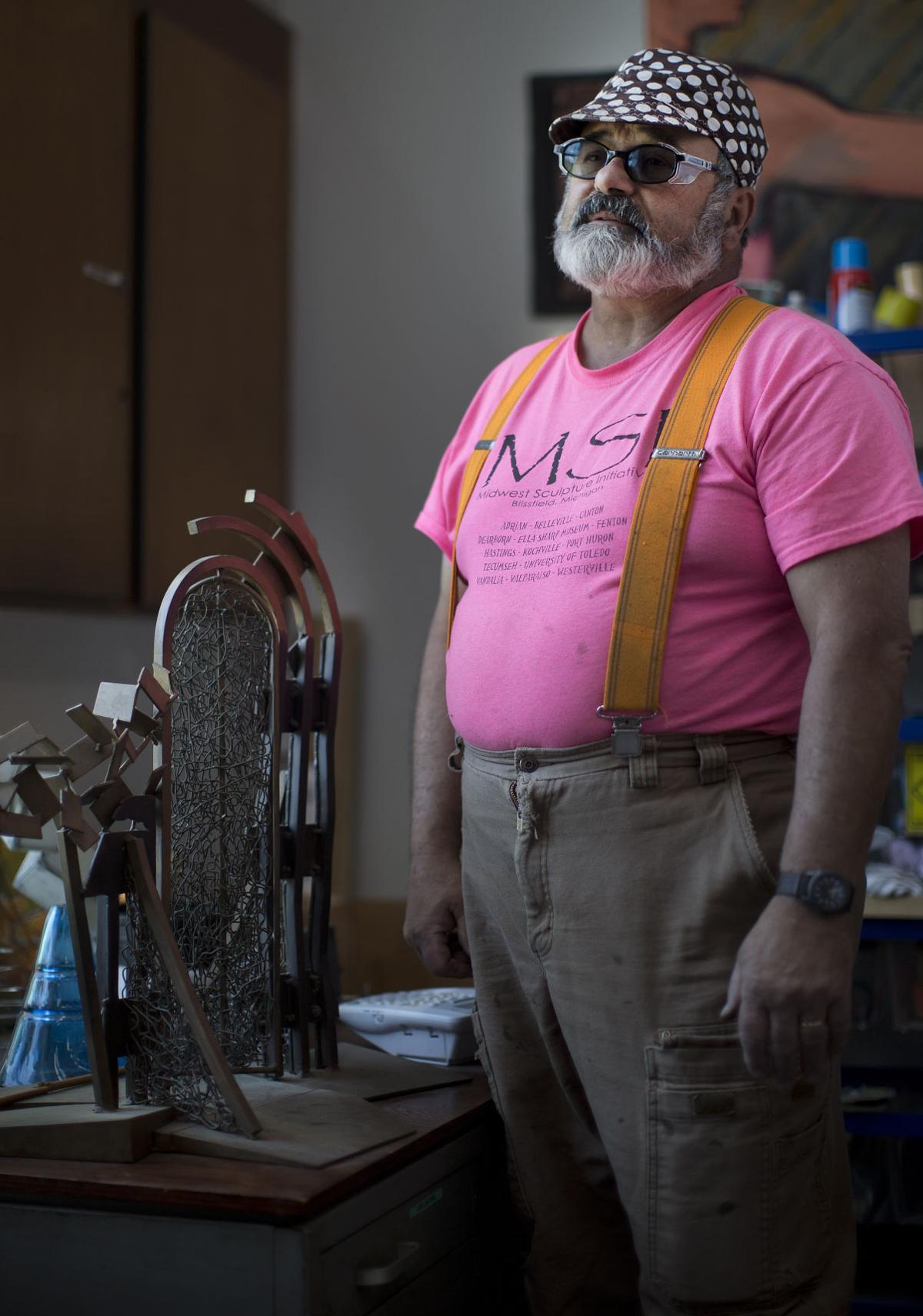 Jim Gallucci dicsusses a model of his 9/11 statue. “It has come back home in a great way,” he says of the real sculpture. 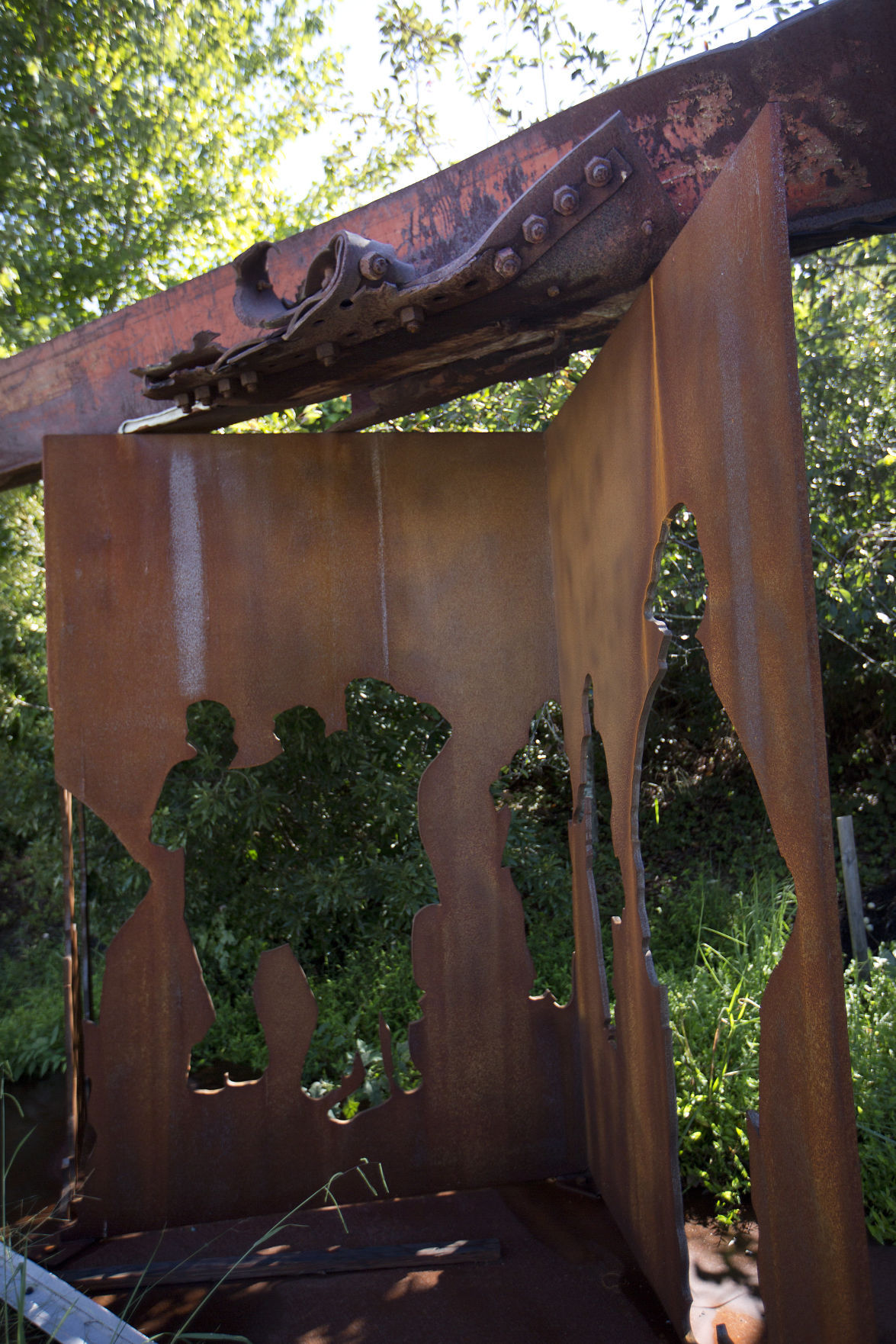 Another project at Jim Gallucci's studio made of steel from the World Trade Center featuring the cutouts of firefighters and survivors Thursday, Sept. 7, 2017, in Greensboro, N.C. 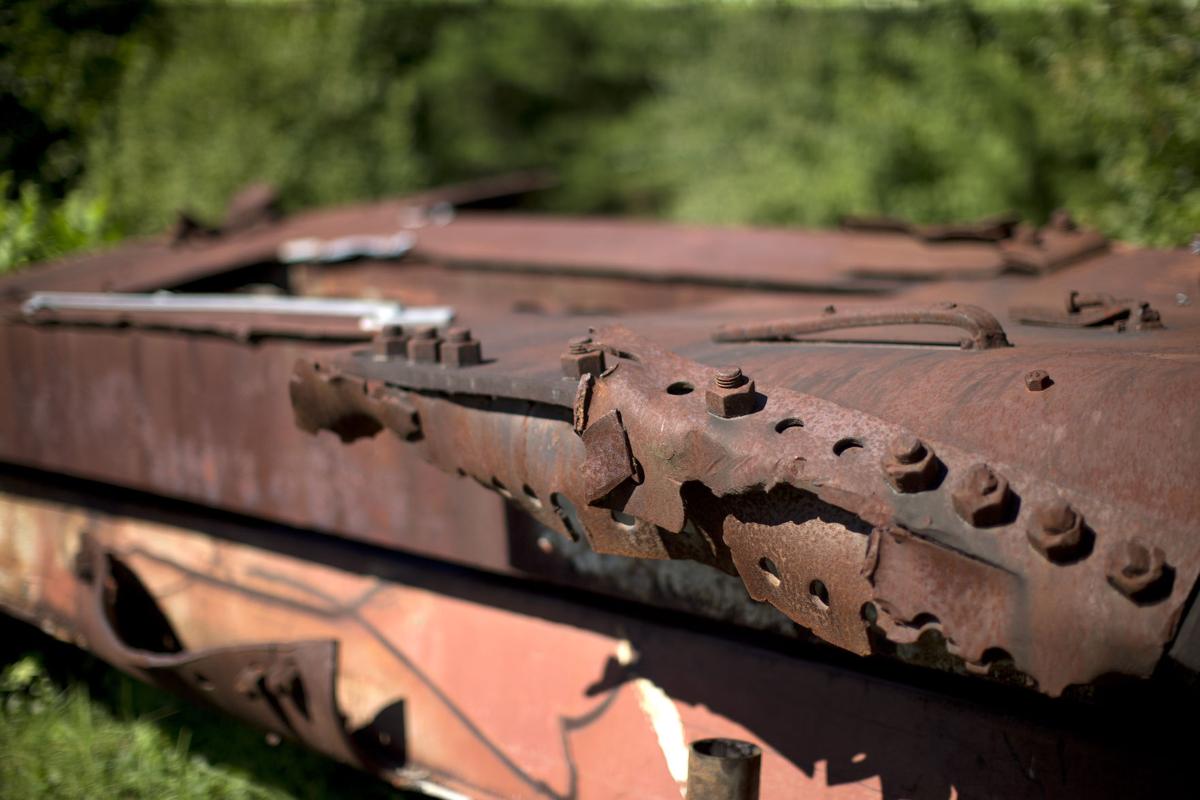 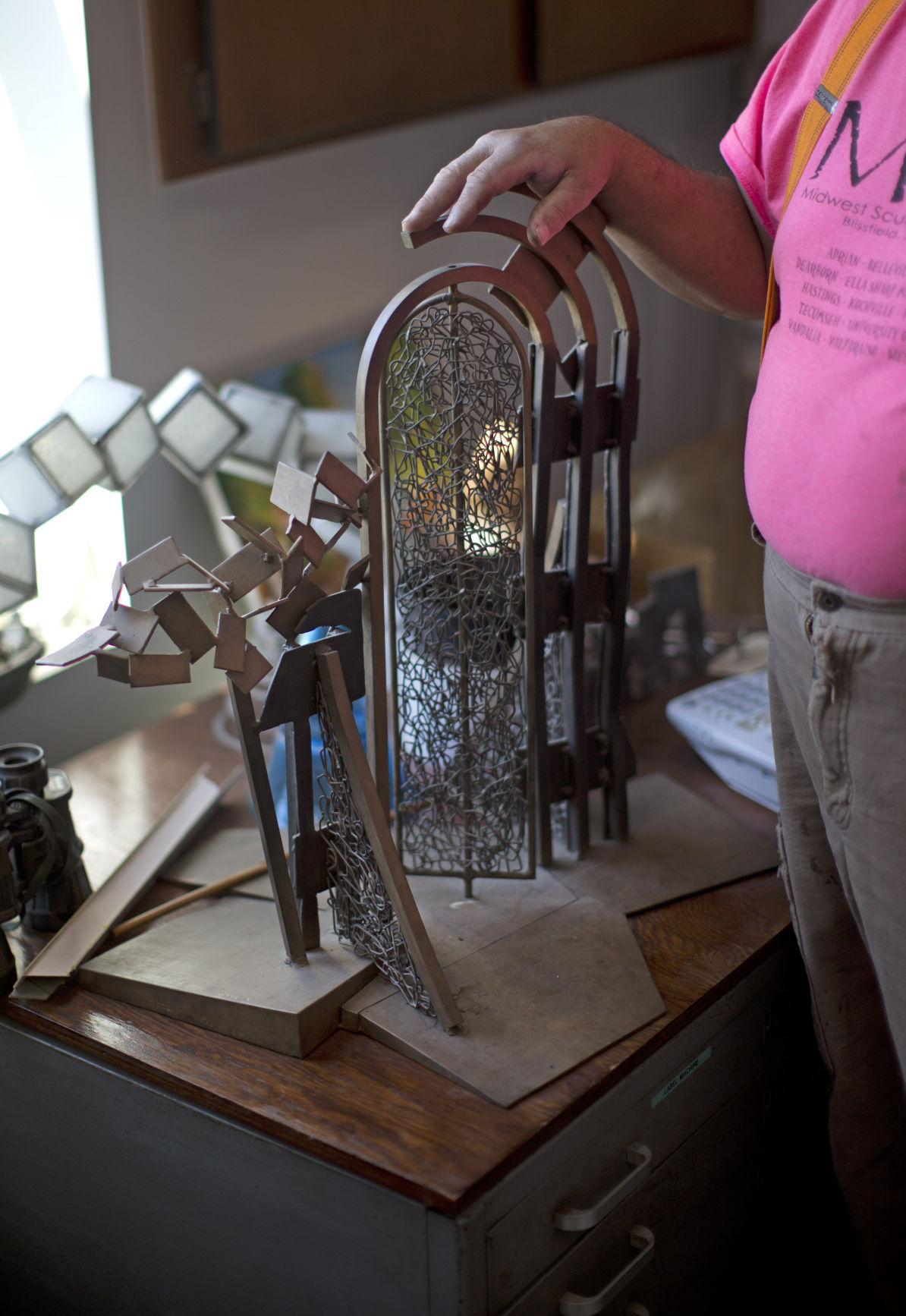 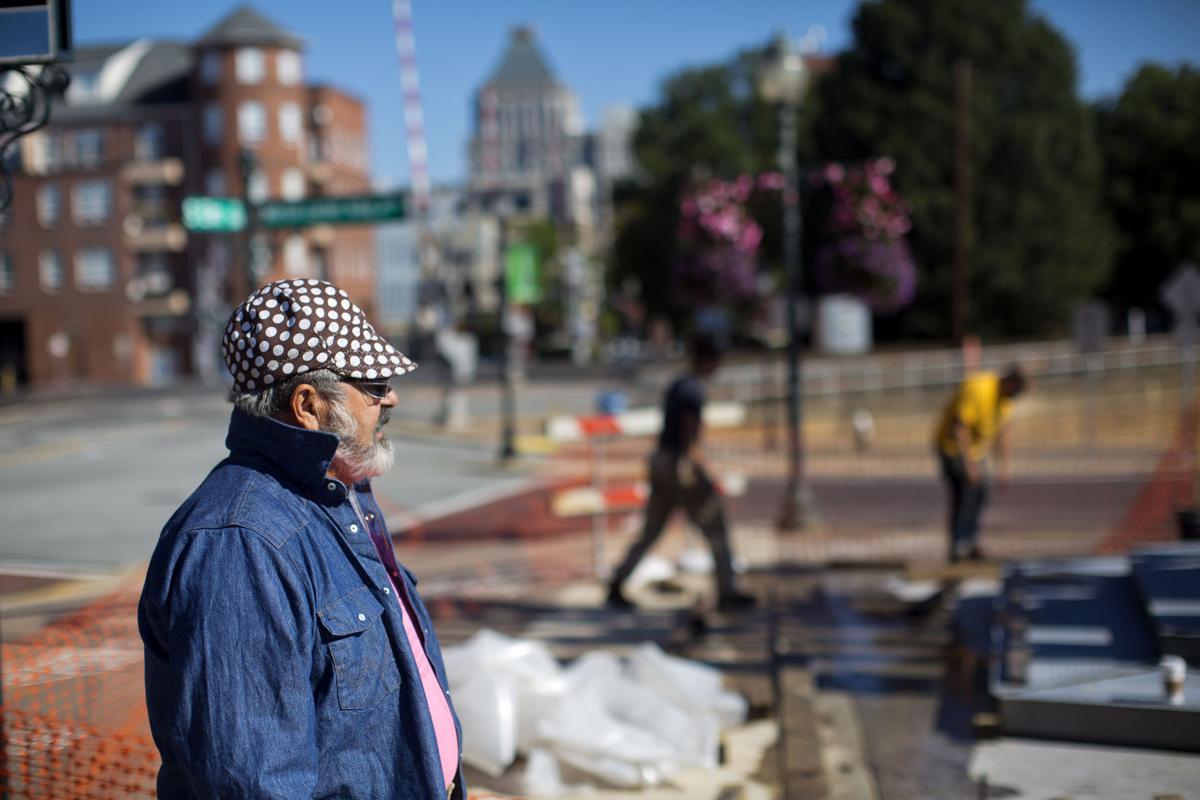 GREENSBORO — Sixteen years have passed, but sculptor Jim Gallucci said he still can smell the burning fuel from the planes that struck the World Trade Center on Sept. 11, 2001.

That smell followed him from a scrapyard in New Jersey back to Greensboro, where he brought 16 tons of steel collected from the rubble of the Twin Towers.

Last week, he installed in downtown Greensboro two of those pieces — steel beams — in a sculpture that serves as a reminder of the terrorists’ attacks on New York and Washington.

“It still had the smell of diesel fuel and burnt things,” Gallucci said. “It was really scary.”

Nearly 3,000 people died when 19 al-Qaeda hijackers crashed two commerical airliners into the World Trade Center, one into the Pentagon in Arlington, Va., and a fourth into an empty field in western Pennsylvania, short of its intended target.

Like the rest of the nation, Gallucci said he couldn’t take his eyes off what was unfolding on television. He said he wanted to do something in response, so he created a 22-foot-tall sculpture that symbolizes the images of that day.

Gallucci’s sculpture replaces the former statue of Martin Luther King Jr., which is being recast in bronze and moved to its original location a few blocks away, on Martin Luther King Jr. Drive near the Greenway. Gallucci said King’s monument will be featured more prominently in its new location.

But the 2-story height of Gallucci’s Sep. 11 sculpture has a more noticeable presence at the intersection.

The base of the statue is shaped like the Pentagon, with the two steel beams from the World Trade Center rising above and holding together a gate that pivots to different angles.

“The gate, we found, is very symbolic,” Gallucci said. “It (Sept. 11) was a gateway moment in our country. It was a gateway moment of things that have happened with us and us as people and us in society. There were two weeks where we were one country, and nobody cared who you were. This was an offense against my neighbor, whoever my neighbor was.”

Gallucci’s sculpture also includes a haunting visual from Sept. 11. From the top of that gate, 50 paper-shaped pieces of steel seemingly flutter to the ground.

“When the buildings went down, there were thousands of pages that flew all over the place,” Gallucci said.

Before the buildings collapsed in 2001, papers fluttered from the impacted office spaces to the ground below.

Gallucci said the sculpture will have another visual reminder of that day, but once lights are installed he said he wants people to write letters, poems and songs that will be transferred to bronze plates to be hung on the sculpture. Those notes are symbolic of what happened in the aftermath of the terrorists’ attacks.

“People were posting notes with family members’ faces on it (in New York), just trying to find where they were,” Gallucci said.

Gallucci said he received the last permit issued that allowed people to visit the scrap yards where materials from the World Trade Center were taken. He said he had to submit resumes, references and prove he planned to use the materials for the right purposes.

One of the pieces Gallucci found had “WTC” carved into steel. He said the carving came from a volunteer who was helping with clean up.

That carving is now incorporated into Gallucci’s sculpture.

Gallucci first unveiled this piece in 2002, on the first anniversary of the Sept. 11 attacks, at his studio in Greensboro. Since then it has traveled to two sites in New York, Elon University, Fayetteville and Dallas.

“It has come back home in a great way,” Gallucci said.

GREENSBORO — The downtown Martin Luther King Jr. bust is getting a facelift and a new location.

The final stretch of the greenway will run between Spring Garden and Smith streets.

Fluttering papers are a key component to Jim Gallucci's 9/11 sculpture.

Jim Gallucci dicsusses a model of his 9/11 statue. “It has come back home in a great way,” he says of the real sculpture.

Another project at Jim Gallucci's studio made of steel from the World Trade Center featuring the cutouts of firefighters and survivors Thursday, Sept. 7, 2017, in Greensboro, N.C.