GREENSBORO — Three Guilford County nursing facilities were newly listed this week in a state report that shows ongoing COVID-19 outbreaks, along with new cases at other facilities. 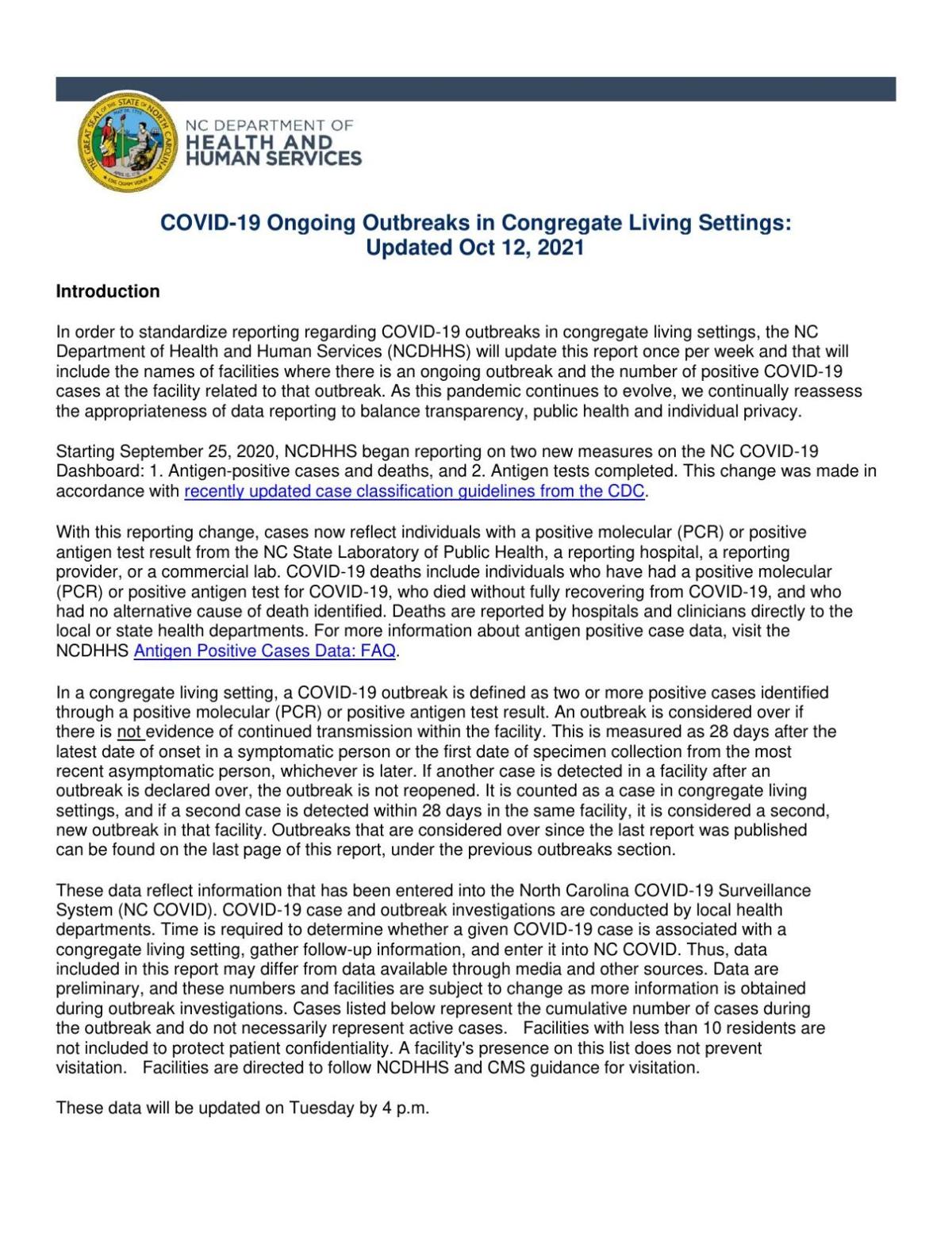 Emails seeking comment from those facilities were not answered by Wednesday evening.

Guilford House had one case among staff and three involving residents, according to the report.

A spokesperson from Guilford House said in an email that during the facility’s weekly COVID-19 testing, it identified three residents and a staff member who tested positive for the virus. All were vaccinated and did not experience any major symptoms related to the virus, the spokesperson said.

A positive case involving a resident at Accordius Health at Greensboro was added to that facility’s outbreak, according to the state. The outbreak has affected a total of eight residents and three staff members. Two deaths of residents also were reported.

At Maple Grove Health and Rehabilitation Center, state officials reduced the number of cases among staff to two — one less than last week’s report — and added three cases connected to residents. The facility previously did not have any cases among residents in this outbreak.

Officials from Accordius and Maple Grove did not respond to emails and messages seeking comment on the latest report.

Under state guidelines, a COVID-19 outbreak in a congregate-living setting is defined as two or more laboratory-confirmed cases. An outbreak is considered over if there is no evidence of continued transmission within the previous 28 days.

Data in the state reports is considered preliminary and may change as more information is available, according to state health officials. The cases reflected in the reports are not necessarily still active.

Watch as sheep take over the streets of Madrid

Watch as sheep take over the streets of Madrid

A man and a woman from Clemmons were killed Saturday evening when the car they were riding in traveled left of center on Frye Bridge Road in northern Davidson County and collided with another vehicle, the N.C. Highway Patrol reported.