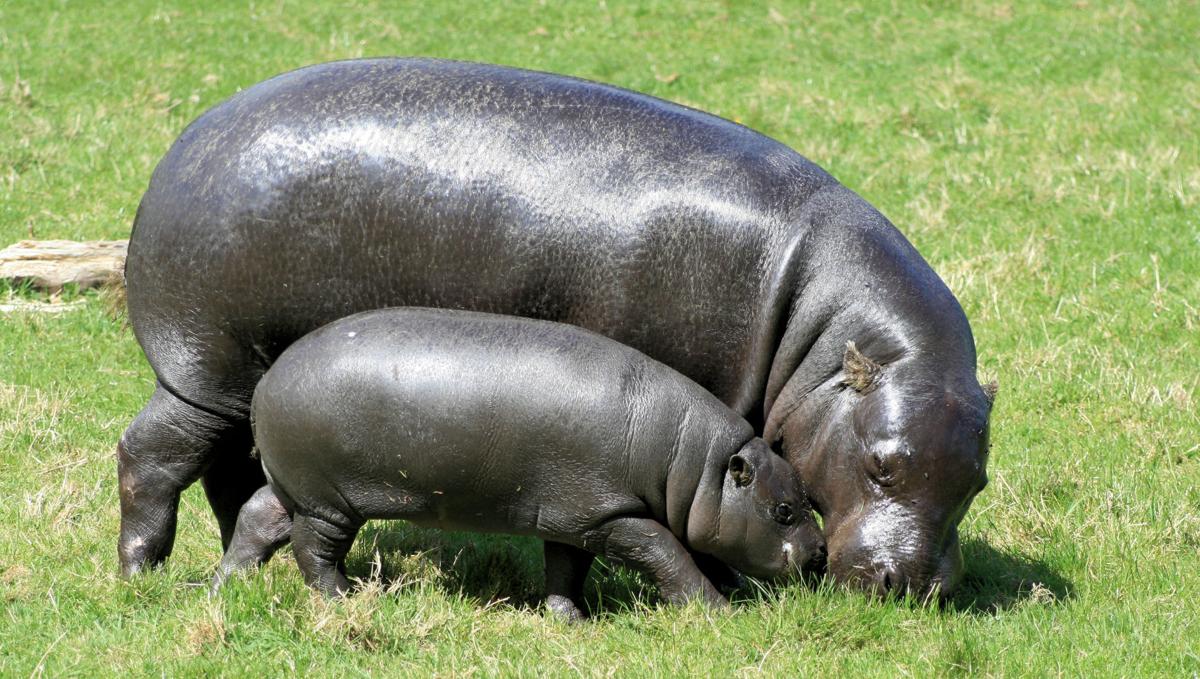 The pygmy hippo will be among animals on display when the Greensboro Science Center expands. 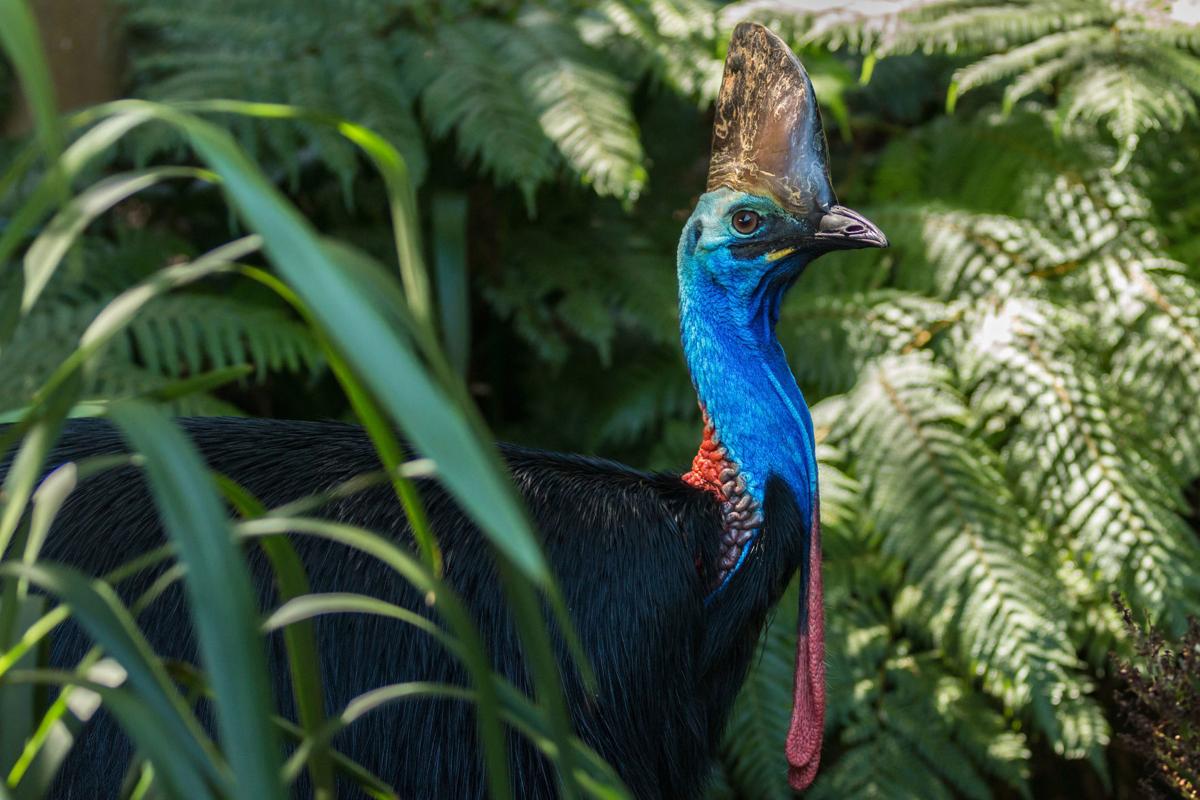 The cassowary is sometimes referred to as the most dangerous bird in the world.

This rendering shows a proposed new entrance to the Greensboro Science Center. 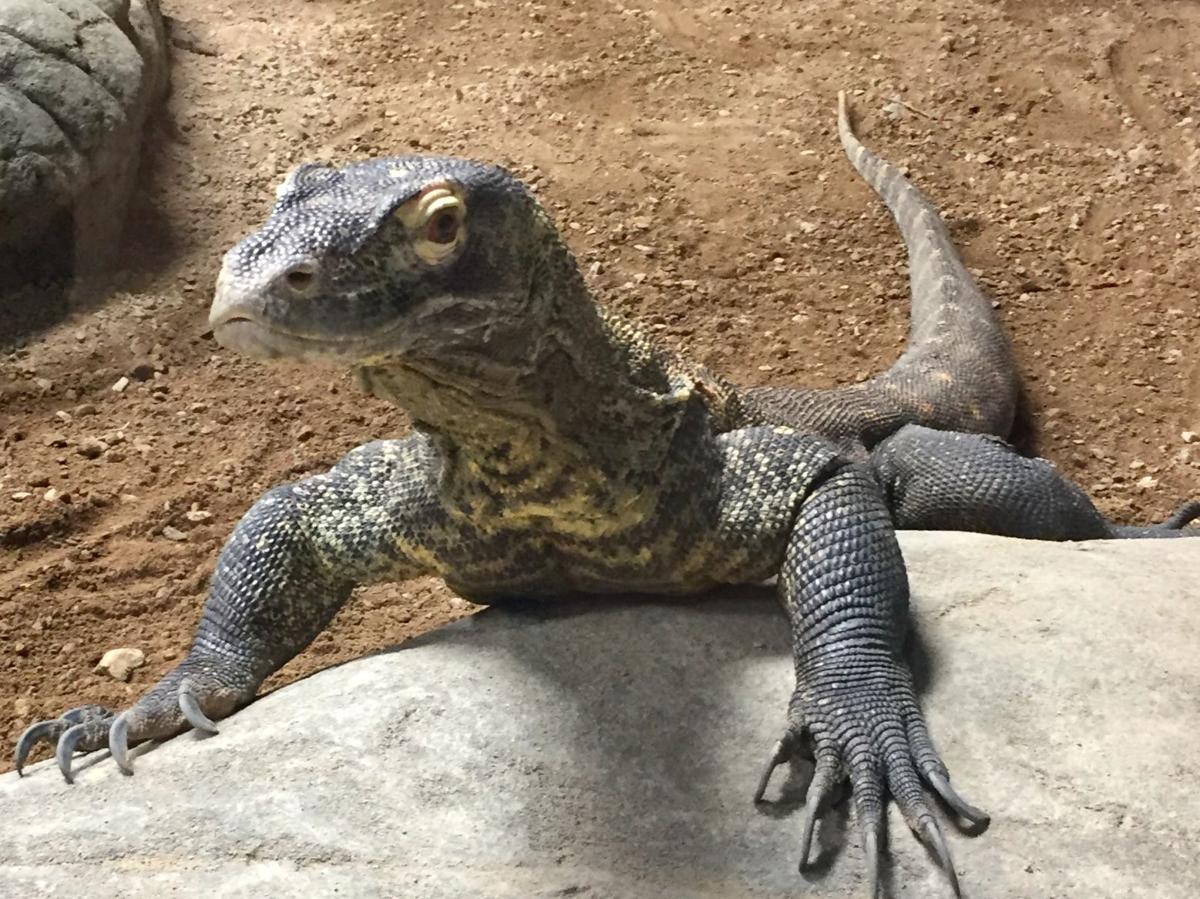 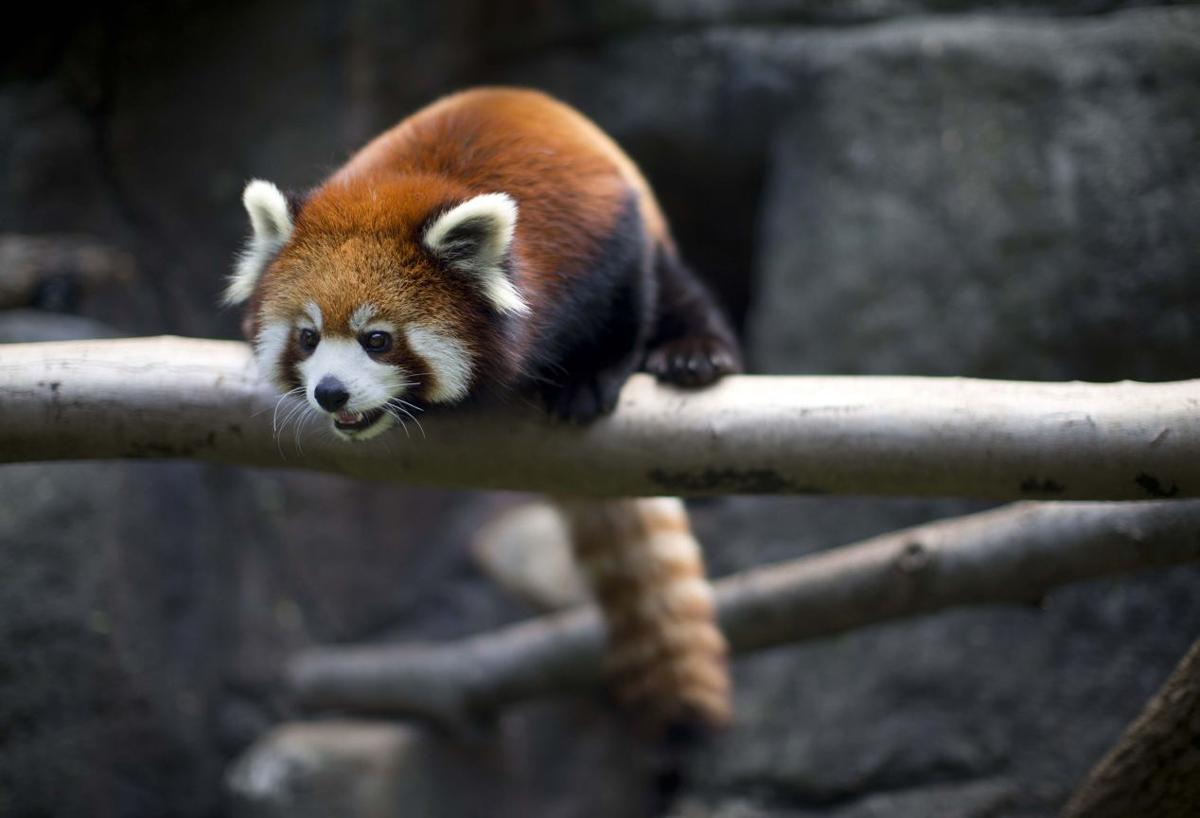 The Greensboro Science Center is expanding its red panda exhibit.

GREENSBORO — From the fragile to the ferocious, several new exhibits are on track to open at the Greensboro Science Center by fall of 2020, and the first one should come roaring in by this winter.

Construction has begun, or soon will, on exhibits featuring monarch butterflies, Malayan tigers, pygmy hippopotamuses, Okapis (also known as forest giraffes) and several species of birds, according to the center’s CEO Glenn Dobrogosz.

The first exhibit to open will be the new breeding facility for the endangered Malayan Tiger, part of an international breeding program called the Species Survival Plan.

“That facility will be ready by December … so that we can get our first male Malayan Tiger from the Jacksonville (Fla.) Zoo,” Dobrogosz said.

Malayan tigers, considered critically endangered, are found only in the wild on the Malay Peninsula and in the southern tip of Thailand, according to the World Wildlife Fund. The Greensboro Science Center plans to acquire a female later on.

And in the spring, the chrysalis of a daintier species — the monarch butterfly — will arrive in the new butterfly house planned near the front entrance.

Milkweed is vital for monarch butterflies. “It’s what they eat; it’s what they lay their eggs on,” Dobrogosz said.

The species produces four generations in a season, and the fourth generation migrates to a forest in Mexico, Dobrogosz said. “It’s just a unique animal that has a great storyline to teach people — imagine this little fluffy thing can migrate thousands of miles and make it,” he added.

“We’re partnering with a university in the Midwest that creates little tags that are actually designed for butterfly wings … and they can see the migration patterns of these animals.

“So at the end of the season, our netting over our butterfly house will be pulled back, and he fourth generation butterflies are free to fly away and hopefully migrate,” Dobrogosz said.

The butterfly house will also include four to eight other native species, such as painted ladies.

Also coming next year is the pygmy hippopotamus complex.

With a cost of about $1.5 million, Dobrogosz said this is probably the most expensive and most complicated exhibit. It includes a large indoor space with an underwater viewing area and a rocky beach area where the 350- to 600-pound animal they can get into the water. It also includes a large outdoor complex with cascading waterfalls, pools and mud wallows, Dobrogosz said.

And one of the more strange looking animals coming next year is the Okapi. “It looks like a stunted giraffe,” Dobrogosz said. “They look like they’re half giraffe and half zebra — they’re beautiful animals. Again, another endangered species.

“We’re going to be starting off with a young male and eventually, if we’re approved, (get other Okapis),” he said.

On the avian side, the zoo expects next year to open exhibits for featuring Kookaburras, known for their distinctive call; cassowaries, deemed the world’s most dangerous bird by some, and Chilean flamingos.

The call of the Kookaburra, a type of kingfisher from Australia, is distinctive and kind of sounds like echoing human laughter.

“It’s going to add a whole nother layer of ambient sound when they make that sound you can hear it for a long ways around,” Dobrogosz said.

The flightless cassowary bird also is found in Australia, as well as New Guinea, and is often struck by motorists while crossing the highway.

“Their No. 1 cause of death in the wild, is being hit (on) highways,” Dobrogosz said. “Here in America, we have deer (crossing) signs, and Australia, they have cassowary signs.”

An aggressive bird, cassowaries stand about 5-1/2 feet tall and have giant claws. “They look like modern day velociraptors, they’re just so cool and colorful,” Dobrogosz said. “It’s one of my favorite animals on the planet; they’re just awesome.”

The zoo also plans to expand the Komodo dragon and red panda exhibits.

A new $3.1 million veterinary center and conservation complex also is opening next year, where visitors can watch through glass what’s going on at the hospital and in research laboratories involving native species.

And the front entrance will be overhauled to so “it looks architecturally contiguous,” Dobrogosz said. And sculpture also will be added, adding to the center’s goal of bringing more art to the grounds.

Later this year, the much-anticipated custom-made carousel is expected to open.

The Rotary Club raised nearly $3 million to finance the carousel, the building and a surrounding plaza that features a 20-foot clock tower sponsored by Schiffman’s Jewelers.

It’s opening date remains uncertain, said Bernie Mann, president and publisher of Our State magazine and the president of the Rotary carousel project.

“They carve very meticulously,” Mann said about the artisans involved in the project. “They’re doing a great job. It’s just slower than we wanted to be.”

All combined, the improvements cost about a $13 million.

Nearly all of that has been paid for through donations, city-issued bonds and proceeds from the center.

The Kiwanisaurus Tree House Adventure will include specialized treehouses and interactive adventure bridges, according to a news release from the center at 4301 Lawndale Drive.

Center CEO Glenn Dobrogosz said he’s anticipating asking for $25 million to $30 million this time, with hopes that a new bond will be approved in 2020 or 2021.

Carousel at Greensboro Science Center will turn this summer

Thanks to the Rotary Club of Greensboro, a custom-made carousel will turn this summer on the grounds of the Greensboro Science Center.

The pygmy hippo will be among animals on display when the Greensboro Science Center expands.

The cassowary is sometimes referred to as the most dangerous bird in the world.

This rendering shows a proposed new entrance to the Greensboro Science Center.

The Greensboro Science Center is expanding its red panda exhibit.