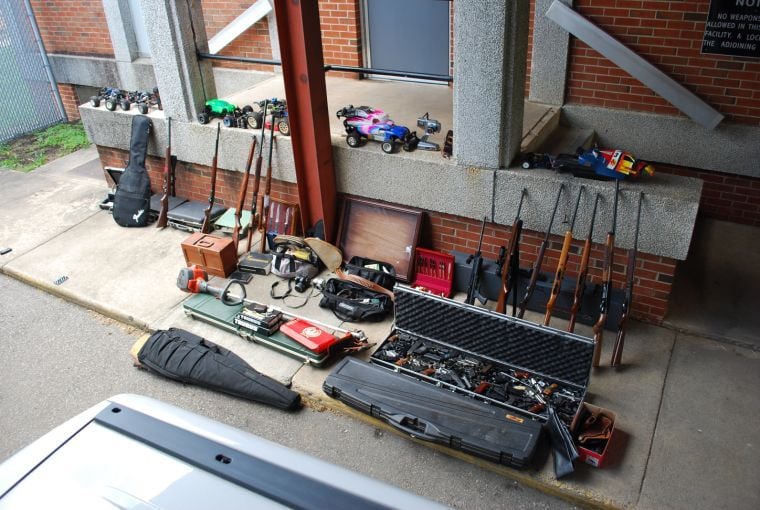 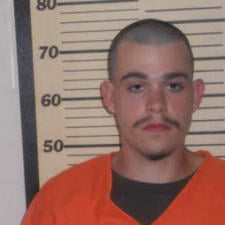 YANCEYVILLE — A man was arrested on Thursday after the Caswell County Sheriff's Office connected him to the theft of more than two dozen guns and jewelry.

Tyler McDaniel, 19, of 213 Crestwood Drive in Danville, Va., was charged with one count of felony larceny. The Caswell County Sheriff's Office charged him after a breaking and entering on Wednesday.

Caswell County Sheriff's deputies and Danville police officers served a search warrant at a home in Danville on Thursday, according to the sheriff's office.

At the home law enforcement found 32 guns, jewelry, coins, cash, ammunition, camera equipment, electronic equipment and outdoor equipment, worth $100,000. It had been stolen from a home in Caswell County, according to the sheriff's office.

McDaniel was extradited back to North Carolina on Friday and was jailed under a $100,000 secured bond.

The sheriff's office said additional charges are pending against McDaniel.

Christopher Spencer was taken into custody without incident in Kernersville and made his initial appearance in U.S. District Court in Greensboro.

"We must do more than just say there is a problem," said the Rev. Lei Washington, principal of Gillespie Park Elementary in Greensboro.

John Shelton, longtime emergency services director for Surry County, was remembered Monday for his professionalism and his dedication to his work.

Greensboro Coliseum Complex income down by $7.5 million because of pandemic

Since the COVID-19 pandemic hit the state in March 2020, hundreds of events at venues everywhere have been canceled, postponed or rescheduled.

Some Winston-Salem residents see a double standard in how law enforcement officers treated rioters inside the Capitol on Jan. 6 and Black Lives Matter protesters last summer.