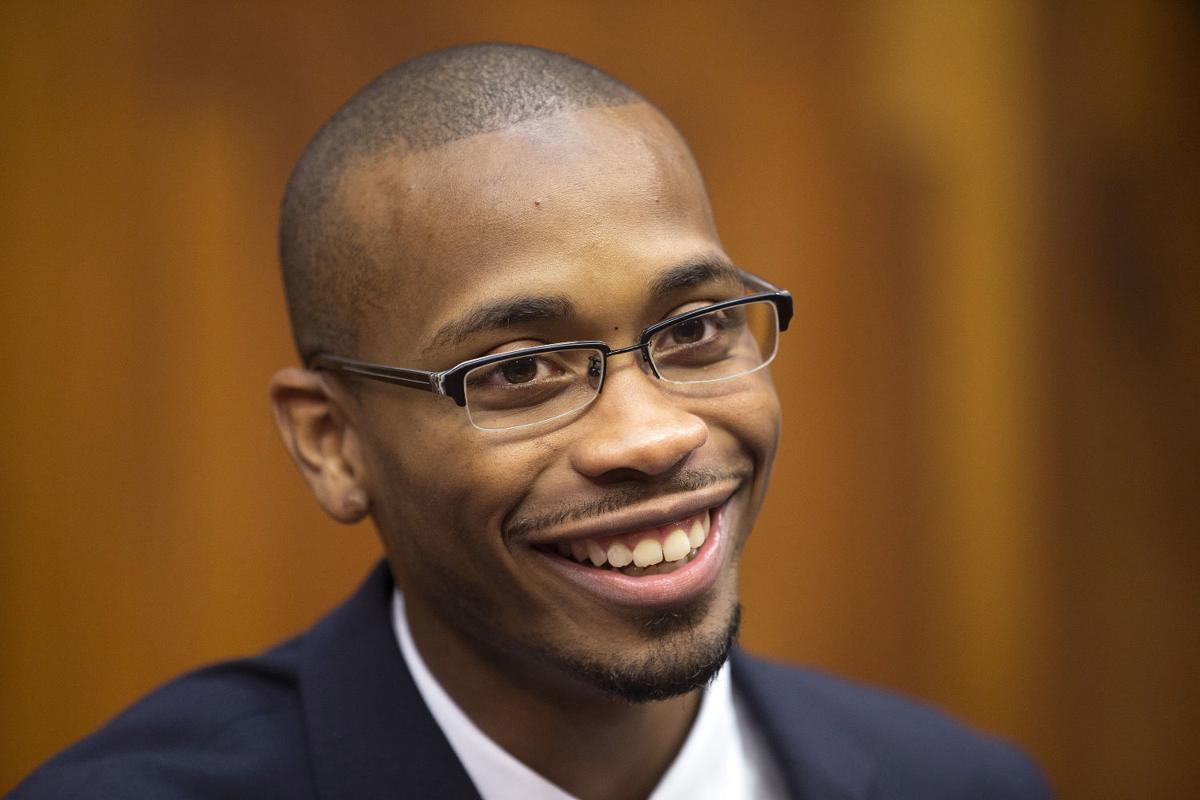 Jamal Fox at his Greensboro City Council swearing-in in 2013. 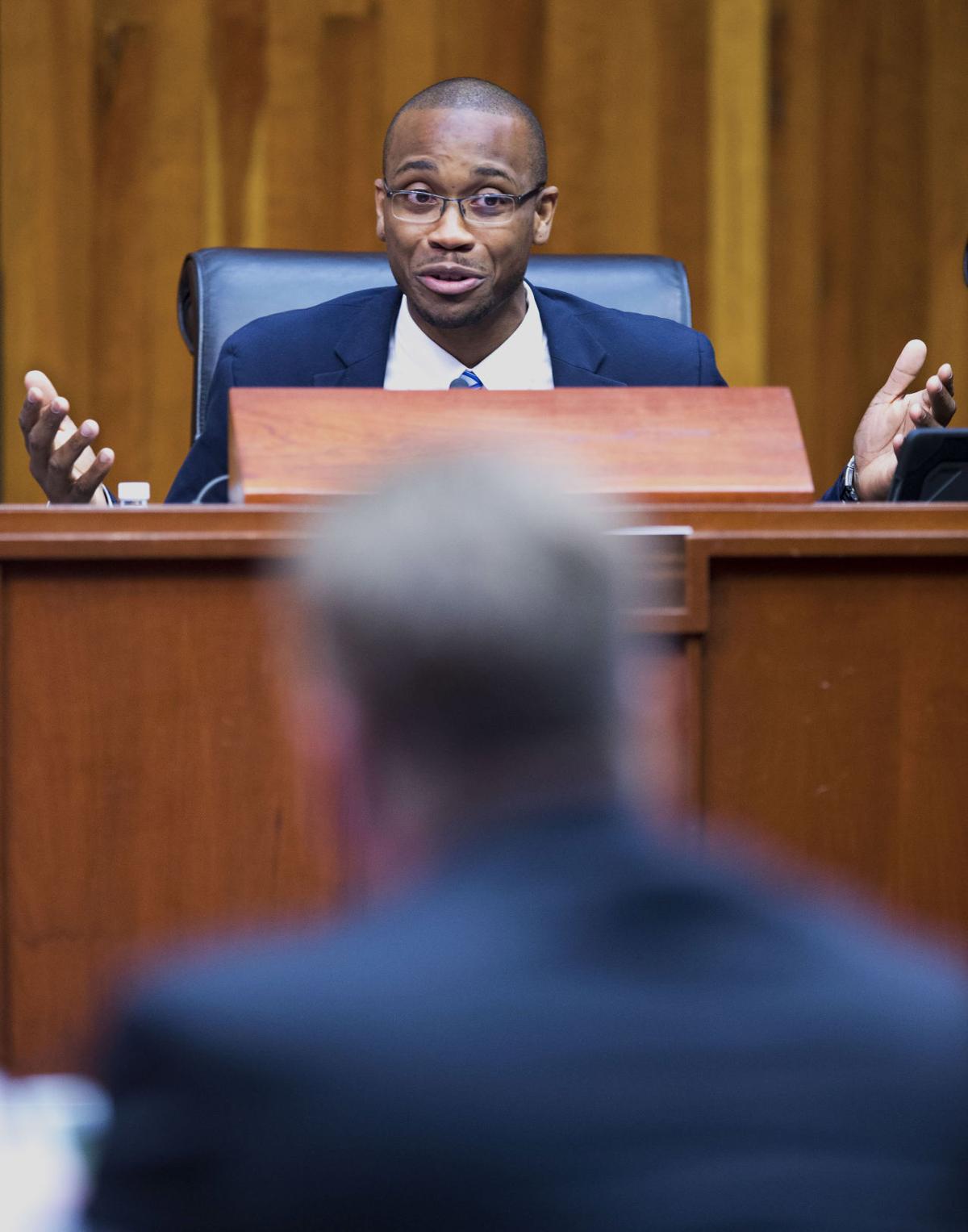 Then-Greensboro City Council member Jamal Fox discusses the status of a city loan to the International Civil Rights Center & Museum during a special meeting on August 1, 2016.

Jamal Fox at his Greensboro City Council swearing-in in 2013.

Then-Greensboro City Council member Jamal Fox discusses the status of a city loan to the International Civil Rights Center & Museum during a special meeting on August 1, 2016.

Jamal Fox was the youngest Greensboro City Council member by 15 years when he was elected in 2013.

Now the former N.C. A&T adjunct professor — who's been one of Portland Mayor Ted Wheeler’s two deputy chiefs of staff for the past year — is leaving that post to run the day-to-day operations for the city of Camas, Wash.

"His background and skillset will be valuable in helping the city engage with the community to shape a (vision) for my three core priorities — land, people and honesty — while at the same time inspiring the next generation of Camas leaders and strengthening our community so everyone feels heard, empowered and welcome," Camas Mayor Barry McDonnell said.

Fox, 32, was raised by a single mother, Deirdre, an Army veteran who was always after her sons to read. She held the Bible when he was sworn into office in 2013.

He lived in the Warnersville neighborhood and Ole Asheboro in Greensboro.

He played football in high school and was a wide receiver for Western Guilford High School. He wanted to play in the NFL but was sidelined by torn ligaments. Still, he lit up when he talked about the sport during a 2013 interview.

“It really gave me discipline, structure,” he said.

Fox studied political science at N.C. A&T but didn’t have much of a political resume when he unseated a two-term incumbent councilman.

He was 25 when first elected to Greensboro City Council.

It wasn't the first time Fox got a job typically held by someone much older.

Like when he worked for the Greensboro city manager before being elected to the City Council. And when he was at Walgreens.

The teenaged Fox started as a cashier and worked his way up to assistant manager, traveling to different stores in the area.

He hired and trained friends’ parents, aunts and uncles.

He was called a “young whippersnapper.”

“People were looking at my age and judging me by my age, instead of the body of work,” Fox said in 2013.

But he worked side by side with his older colleagues, slowing gaining their trust.

Late in his first campaign, A&T told Fox he'd have to choose between the race and his part-time teaching position because he hadn't followed proper procedures in alerting them. He was suspended from the post after he wouldn’t step down.

At the time, some said the controversy probably helped put him over the top in the close race.

He won his second term in a landslide.

Fox said the work he had done during his first term had resonated with constituents. Big projects he said that he had a hand in moving forward include the transfer of ownership of War Memorial Stadium to A&T and efforts to build a co-op grocery store on Phillips Avenue in northeast Greensboro.

During his second term, he was part of 7-2 majority in 2015 that approved a “Greensboro Massacre” historical marker.

The marker commemorates the 1979 violent clash between weapon-carrying white supremacists and a protest group that left five anti-Ku Klux Klan marchers dead and 10 others wounded. Police were nowhere in sight.

The two dissenting councilmen found the word "massacre" too strong.

“In my 27 years on Earth, I’ve always known it as the Greensboro Massacre,” Fox said at the time.

“In Greensboro we need to acknowledge our history, but we also have to keep our eye on the prize and rise above personality conflicts and race,” Fox said. “This is a part of that.”

Fox stunned people in 2017, first saying he wouldn't seek re-election in the fall and then resigning from the council in late June.

"I am getting married soon," Fox said at the time. "My soon-to-be wife just took on another great opportunity. As a family man, I am going to support her endeavors.”

That July, Fox accepted a position with the city of Portland as property and business development manager. He was promoted to deputy chief in May 2019.

“He has been integral in building an equitable economy, achieving shared prosperity, and implementing ongoing police reform,” Wheeler said in a statement. “We wish him all the best in his new role. He will be missed.”

Fox is the second high-level staff member to announce their departure from Wheeler’s office this month. Eileen Park, Wheeler’s communications director, announced July 6 that she would be leaving the city at the end of the month to pursuing new opportunities in Canada.

Fox’s last day as a Portland city employee will be Aug. 28. The city of Camas said he is tentative scheduled to start as city administrator three days later.

If the city council approves Fox's appointment, he is expected to begin Aug. 31.

Fox lives with his wife and their 1-year-old son. He lauded the city's history, parks, residents, infrastructure, schools and public safety.

"Camas is poised for great things," Fox said. "We wanted a place where we can lay our roots and grow our family, and Camas was that community."

The marker, which likely will go up in April, commemorates the Nov. 3, 1979, Klan-Nazi shootings at the former Morningside Homes.

The city manager will have discretion about how body-worn camera footage might be released.