Will he help or hurt? Some question if Greensboro's Louis DeJoy should be postmaster general.
2 comments
Share this
{{featured_button_text}}
1 of 3 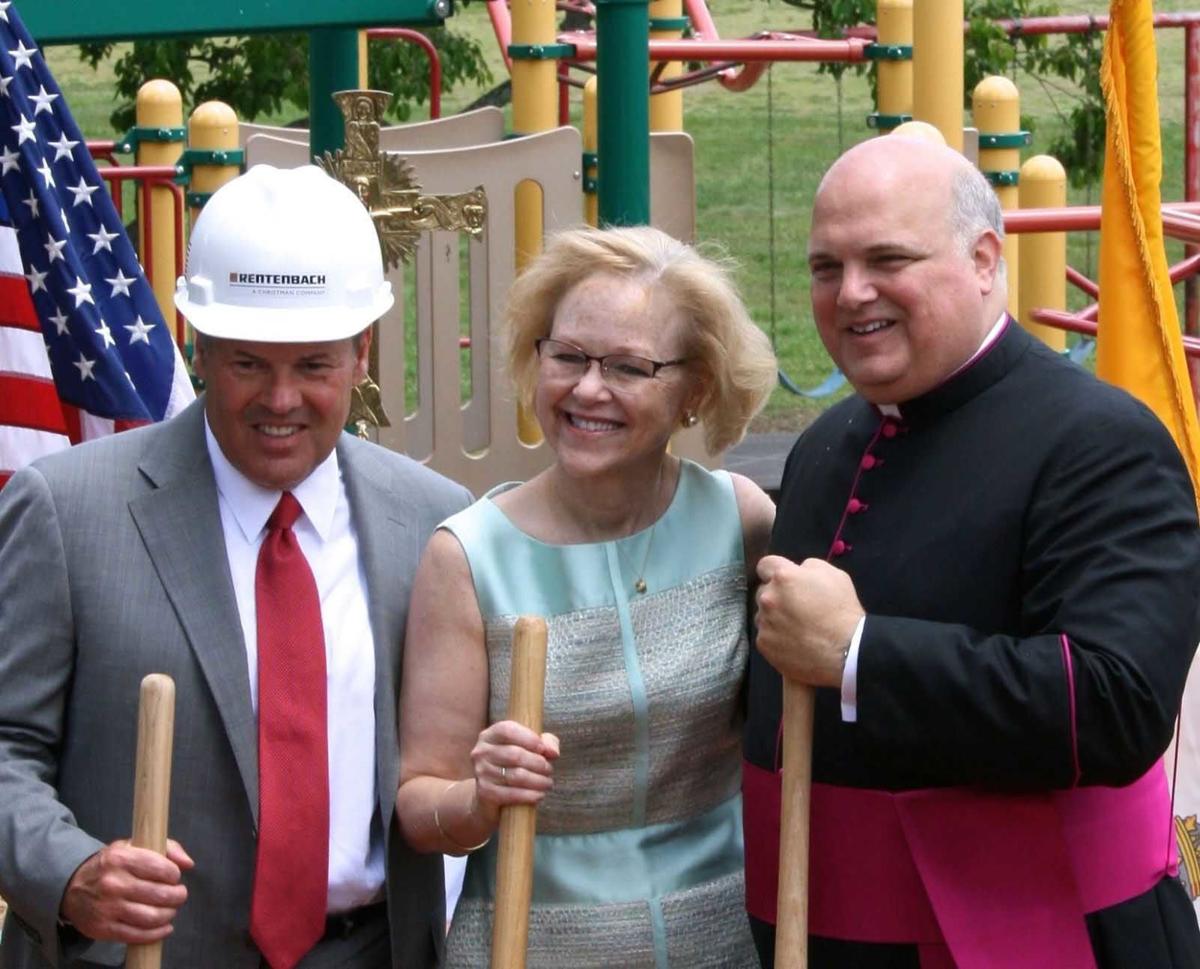 Louis DeJoy, his wife Dr. Aldona Wos and Monsignor Anthony Marcaccio at the May 29, 2015, groundbreaking for the DeJoy Primary Education Center, which will house two new pre-K classrooms. 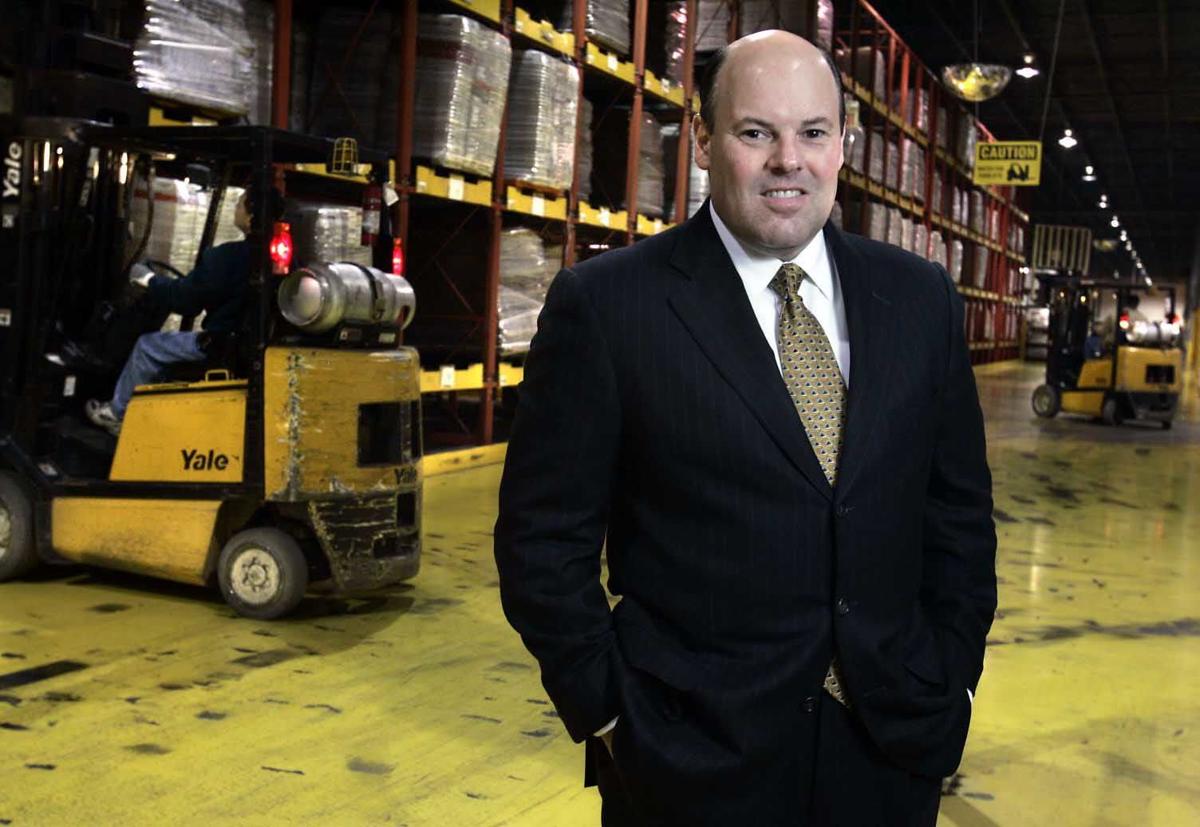 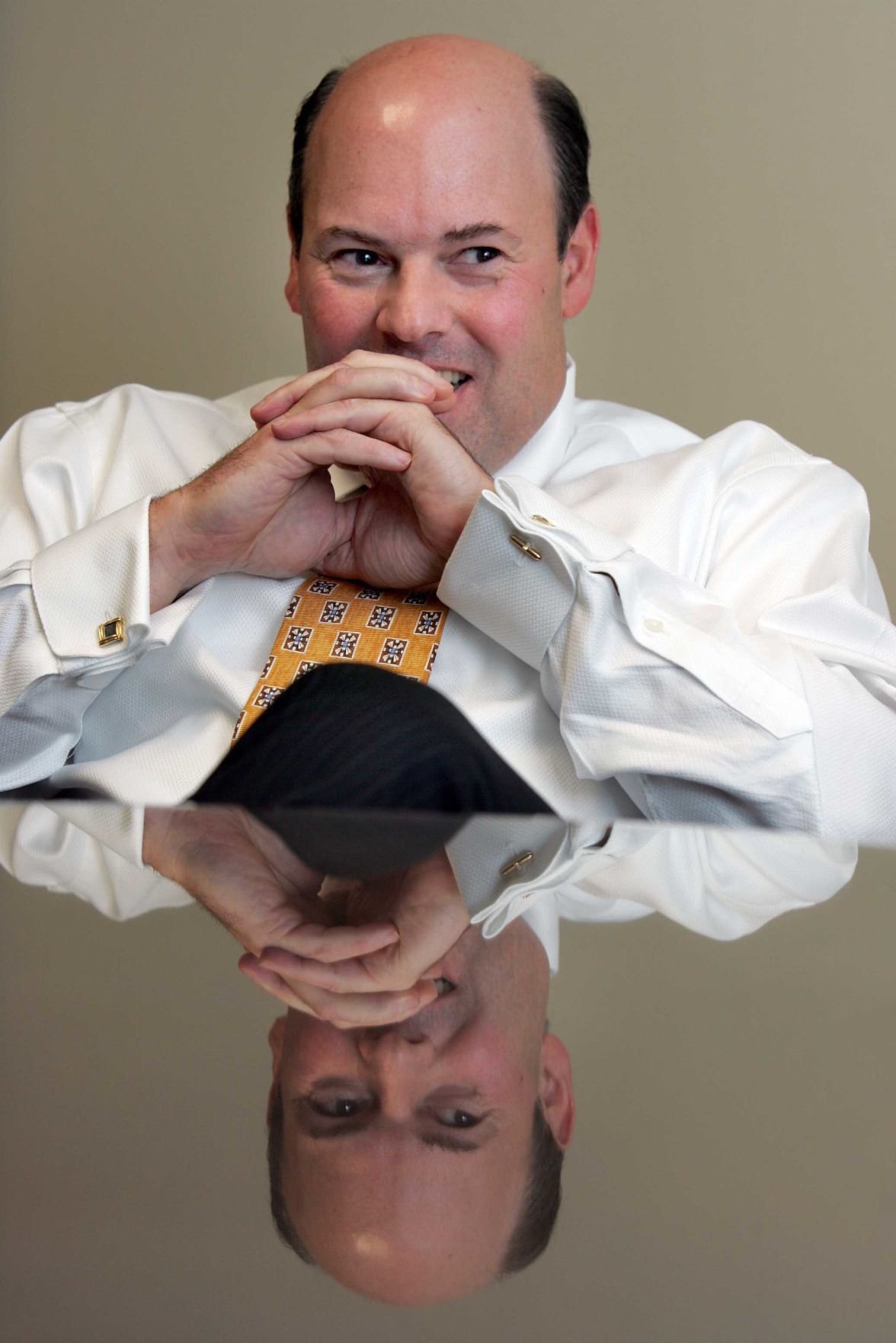 Louis DeJoy, president of New Breed, talks about his company's philanthropic efforts during an interview at the company's office in Greensboro, NC on November 15, 2005. (H. Scott Hoffmann 11/15/2005)

But he’s never drawn the attention he has since becoming the nation’s postmaster general in June.

Critics say the Greensboro businessman already has launched policies that have slowed mail service. They worry that as a major donor to President Donald Trump, he’ll delay delivery of what’s expected to be a flood of absentee ballots that could decide the presidential election.

“DeJoy has engineered an unconstitutional assault on our Postal Service from within the organization itself,” said U.S. Rep. Alma Adams, a Democrat who represents the Charlotte area.

Senate Minority Leader Chuck Schumer said he and House Speaker Nancy Pelosi had a “heated discussion” with DeJoy a few days ago over their concerns about mail delivery, according to The Washington Post.

On Friday, the 63-year-old DeJoy dispelled the notion that he was beholden to Trump. During a gathering a top U.S. Postal Service officials, he used the occasion to refute many of the concerns held by critics.

“While I certainly have a good relationship with the president of the United States, the notion that I would ever make decisions concerning the Postal Service at the direction of the president or anyone else in the administration is wholly off-base,” he said.

DeJoy added that he sees his role as breathing new life into an agency suffering from “a broken business model.”

Those who know him think he can do it.

DeJoy can be imposing.

Though he’s lived in Greensboro for two decades, he still has the accent of his native Brooklyn. A hard-charger, he took over his father’s small trucking company and turned it into a nationwide logistics business that he sold for $615 million in 2014. Admirers say he’s smart, hard-working, tenacious and self-deprecating.

While he made his fortune in business, DeJoy made his mark in fundraising.

DeJoy and his wife, Aldona Wos, have hosted events for GOP presidents and presidential candidates since 2006.

Since 2016, DeJoy has donated $1.2 million to Trump and nearly $1.3 million to the Republican Party.

In 2017, Trump made his first trip to North Carolina as president for a fundraiser at their home.

The couple is at the rarefied level of donors who are often rewarded with ambassadorships. Wos served as ambassador to Estonia under President George W. Bush. This year, Trump nominated her as ambassador to Canada, an appointment still pending.

Just across from the second fairway at the Greensboro Country Club is a house some call “The Castle.”

Built for the family that founded Cone Mills, the 15,000-square-foot home includes a pool house and a swimming pool with rock formations created by a designer from the North Carolina Zoo.

DeJoy bought the house in 2005 for $5.9 million. It’s where he cooks gourmet Italian dinners for friends and hosts events for presidents.

DeJoy and Wos first moved to the Triad in 1998, five years after he brought his company, New Breed Logistics, to High Point.

It was Wos who first became a name in politics.

When Elizabeth Dole decided to run for the U.S. Senate in 2002, she asked her friend Bonnie McElveen-Hunter for help.

“Elizabeth asked me who could help her and I said, ‘I’ve got the perfect person,’ ” recalls McElveen-Hunter, a former ambassador to Finland.

Wos, a native of Poland whose parents survived slave labor camps and the Holocaust, had been a civic leader in Greensboro. A former physician, she led Dole’s outreach to women. In 2004, she co-chaired Bush’s North Carolina fundraising.

By then, DeJoy had also become a top donor. In 2008, he co-chaired Rudy Giuliani’s state fundraising along with Jim Culbertson, a Winston-Salem executive and veteran GOP fundraiser.

“We raised more than (John) McCain and (Mitt) Romney put together,” Culbertson recalled. “(DeJoy) is very, very smart. He’s very outspoken. He works extremely hard. You knew where you stood with Louis. No doubt about it.”

Wos would serve as North Carolina’s secretary of health under McCrory. DeJoy went on to become the Republican Party’s deputy national fundraising chair and fundraising chair for the GOP convention’s Charlotte host committee — jobs he quit to become postmaster general.

“(DeJoy) understands the fundraising game as well as anybody I’ve worked with,” said Jonathan Brooks, a veteran N.C. fundraiser.

‘Master of the universe’

After beginning his career as an accountant in Florida, DeJoy returned north in 1983, when he was about 26, to take over the small Long Island trucking company started by his father. With just five trucks and 10 employees, it was close to bankruptcy.

DeJoy turned it around, and took it in a new direction.

New Breed Logistics specialized in moving goods from one place to another. DeJoy has said his first big break came in 1992 when he signed on the U.S. Postal Service as a customer. Others clients included companies like Boeing and Verizon.

“If you have a Verizon cellphone, I shipped it to you,” DeJoy once told an interviewer.

DeJoy moved New Breed from New York to High Point in 1993. By the time he sold it to Connecticut-based XPO Logistics in 2014, the company had nearly 7,000 employees. DeJoy stayed on as CEO of XPO’s supply-chain business for a year. Then he served on the company’s board until 2018.

McElveen-Hunter calls him “the master of the universe in regards to logistics.”

Like New Breed, XPO has been a major postal contractor. In 2017, XPO did business worth more than $57 million with the agency.

“He’s a very, very driven person and detailed beyond anybody that I’ve ever met,” said Ed Broyhill, a Winston-Salem businessman and Republican fundraiser.

Mark Dimondstein worked as a clerk at a Greensboro post office for 33 years. Now, he’s president of the 200,000-member American Postal Workers Union.

“We’re getting reports from all over the country of backed-up mail,” Dimondstein said. “(DeJoy’s) words say, ‘I’m here to help the post office.’ The deeds say something different that is undermining the institution.”

Since taking over, DeJoy has made significant changes. New rules have canceled overtime and barred carriers from waiting for delayed shipments. The changes came amid a manpower shortage caused by a coronavirus pandemic which has left 40,000 workers quarantined at various times.

This concerns critics because it comes as Trump has escalated his attacks on mail-in voting.

“The last thing we need is for mailed ballots to be slowed down,” Dimondstein said.

But supporters say DeJoy could save the postal service.

“I don’t know anybody in this country who could do the job Louis is in right now better than Louis,” said Culbertson, the GOP fundraiser.

With hospitalizations spiking at Cone, doctors wonder about 'pandemic fatigue'

Like much of North Carolina, the number of residents being hospitalized for COVID-19 in the city has been escalating to record numbers, a sobering reminder that the pandemic is far from over.

Deputy LaKiya Rouse died after working a full day shift as a bailiff at the Guilford County Courthouse in Greensboro on Monday, according to a news release from the sheriff's office.

Donald Trump Jr. fires up Kernersville crowd, urges them to make phone calls, encourage others to vote for the president

Supporters filled more than 300 chairs for the event, part of President Trump’s campaign to keep North Carolina penciled in as a red state this November. Another 100 people stood in the back.

A project to nominate the South Benbow Road area as a candidate for the National Register of Historic Places is underway and recently got a boost from state officials.

No cases among residents were reported in the outbreak at Accordius Health at Greensboro, 1201 Carolina St.

The latest on COVID-19 in the Triad, North Carolina and the United States: Note that health officials warn that data is preliminary and can ch…

Some patrons still cautious about returning to museums, play places reopened in Phase 2.5

Six weeks into Phase 2.5 of reopening, we check in with arts and entertainment venues that were able to welcome back patrons.

Complaints about voter intimidation, observers not wearing masks and late changes to polling locations dominated the Guilford County Board of Elections meeting on Tuesday.

Louis DeJoy, his wife Dr. Aldona Wos and Monsignor Anthony Marcaccio at the May 29, 2015, groundbreaking for the DeJoy Primary Education Center, which will house two new pre-K classrooms.

Louis DeJoy, president of New Breed, talks about his company's philanthropic efforts during an interview at the company's office in Greensboro, NC on November 15, 2005. (H. Scott Hoffmann 11/15/2005) 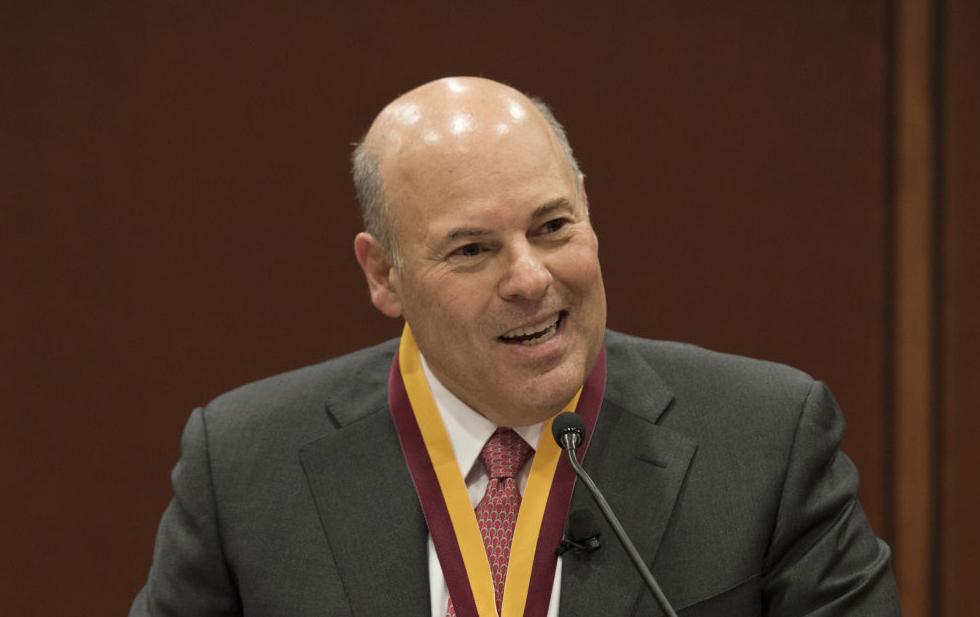