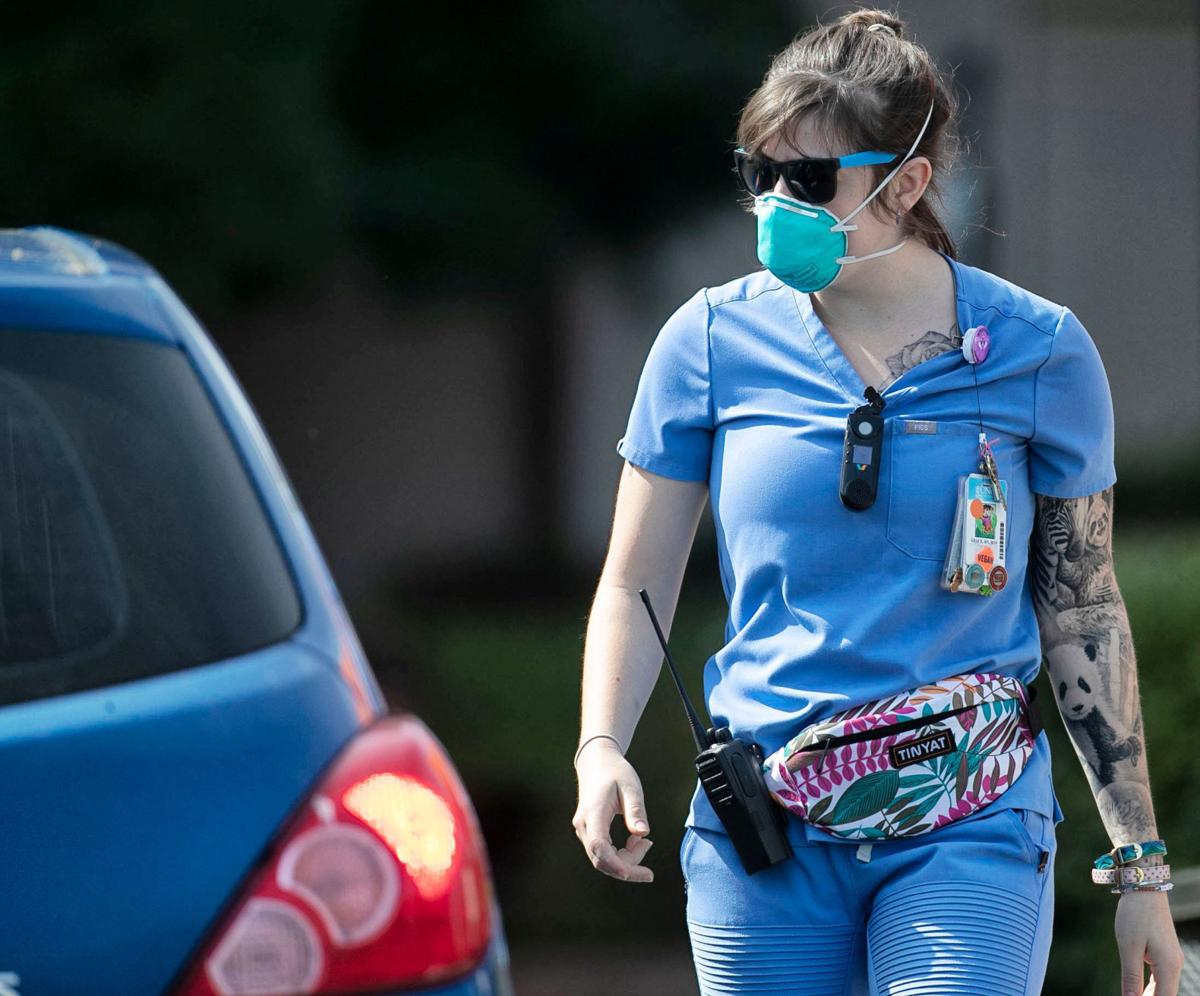 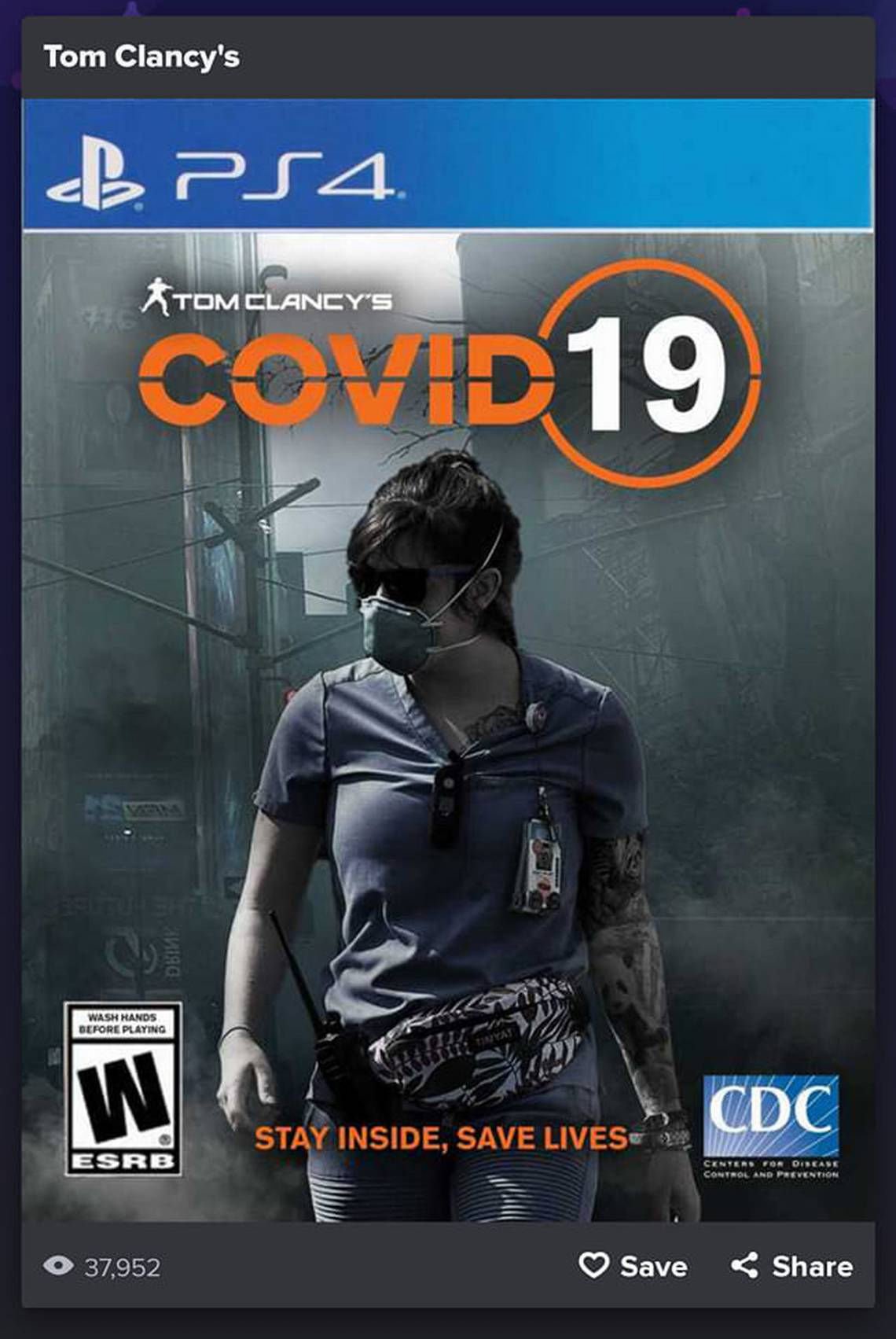 One of the memes created from a photo of emergency room nurse Grace Cindric.

One of the memes created from a photo of emergency room nurse Grace Cindric.

In blue scrubs and a floral fanny pack, UNC nurse Grace Cindric has become the hero we need right now.

In the photo, snapped last Monday by News & Observer photographer Robert Willett, the 2016 UNCG School of Nursing graduate is screening visitors heading into the UNC Medical Center Emergency Department, separating those complaining of coronavirus-related symptoms and everyone else.

There’s a swagger in Cindric’s stride, a steely resolve in her sunglasses and respirator mask. In a sleeve of tattoos, there’s a friendly-looking panda staring out from her arm.

“I woke up the next morning, and it was everywhere,” Cindric said. “I first heard from my friend who posted it on Reddit; they said, ‘Fair warning, this got bigger than I expected. ... You’re a meme now.’”

Since it was published, the photo has made the rounds on Reddit and Twitter, inspiring dozens of Photoshopped images depicting Cindric in heroic poses. In one, a red cape billows behind her. In another, she appears on the cover of a fictional video game called COVID-19.

“It was strange at first. I was like, ‘This is too much attention,’” Cindric said. “But I’ve accepted it, and I’m just rolling with it.”

A symbol for our times

She is the Badass Nurse. A meme, yes, but also a symbol, a face of the nurses and doctors fighting on the frontlines of the coronavirus outbreak. As coronavirus cases mount in North Carolina and across the nation, as citizens panic-buy groceries and avoid their neighbors, Cindric wears scrubs like body armor, with a walkie-talkie on her belt. To many commenting on the photo online, Cindric represents the heroism of medical professionals putting themselves between the public and the pandemic.

“It represents something bigger,” Cindric said. “It’s good that people are starting to see doctors and nurses out here in the middle of everything, doing this work. We’re all putting ourselves in harm’s way to stop this.”

Battling a pandemic is not what Cindric imagined nursing would be like. The UNCG grad has been a nurse for four years, the last two spent in UNC’s emergency room. She said she got into nursing to help the community and jumped in the emergency room for its variety.

“As an emergency room nurse, you’ve signed up to do anything,” Cindric said. “The task changes all the time. It’s a little bit of everything, and you have to kind of be a jack of all trades.”

Juliette Bianco will start Sept. 1. She'll replace Nancy Doll, who is leaving after 22 years as the Weatherspoon's director.