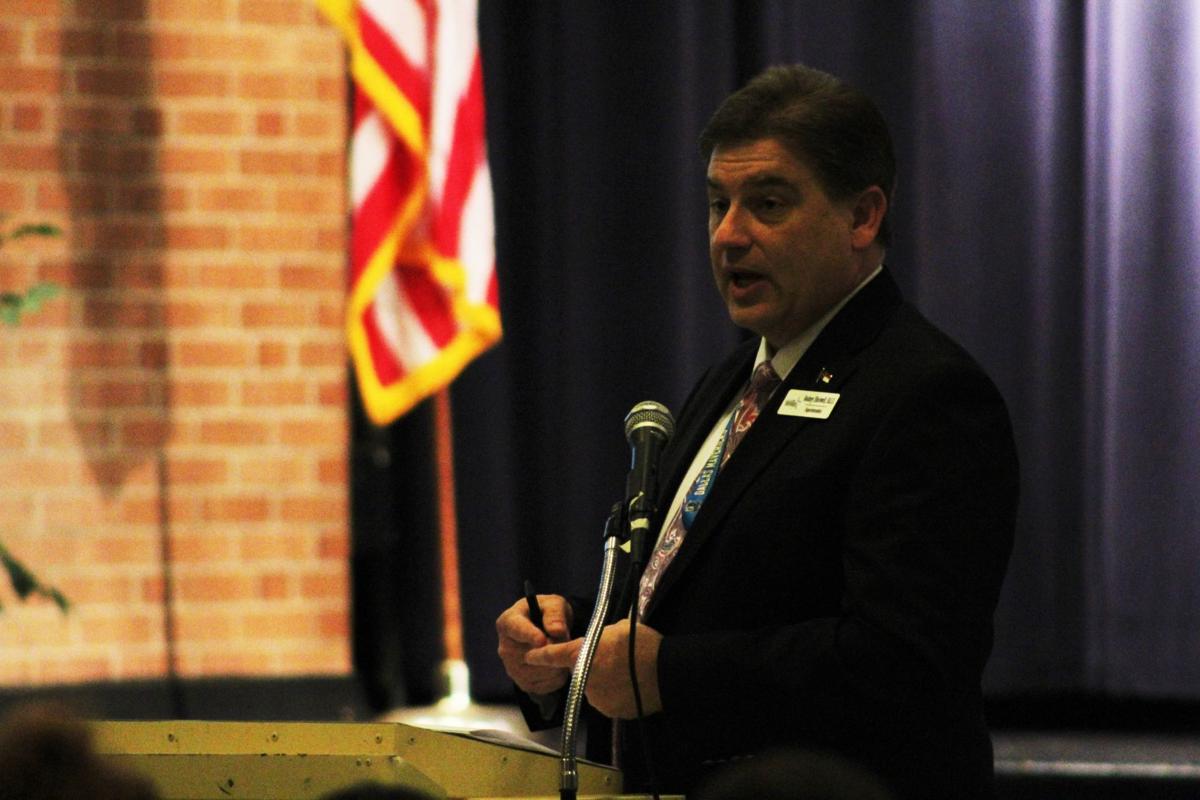 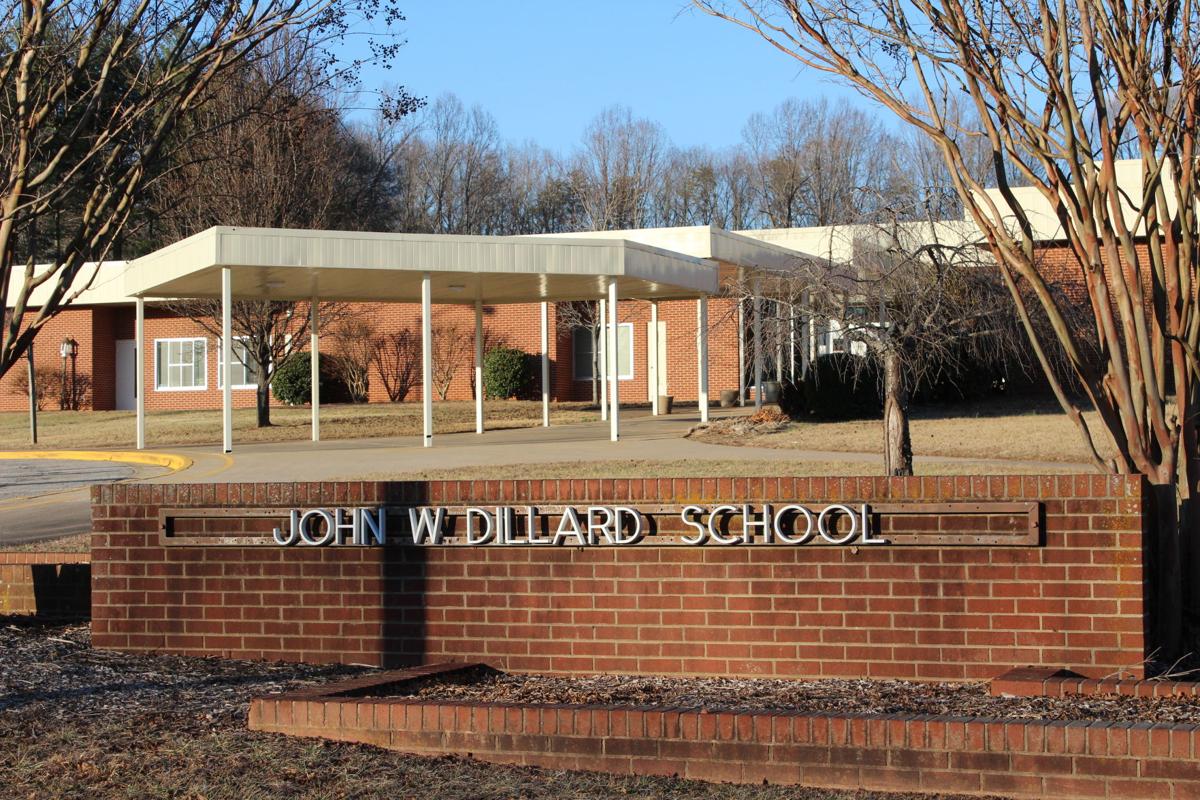 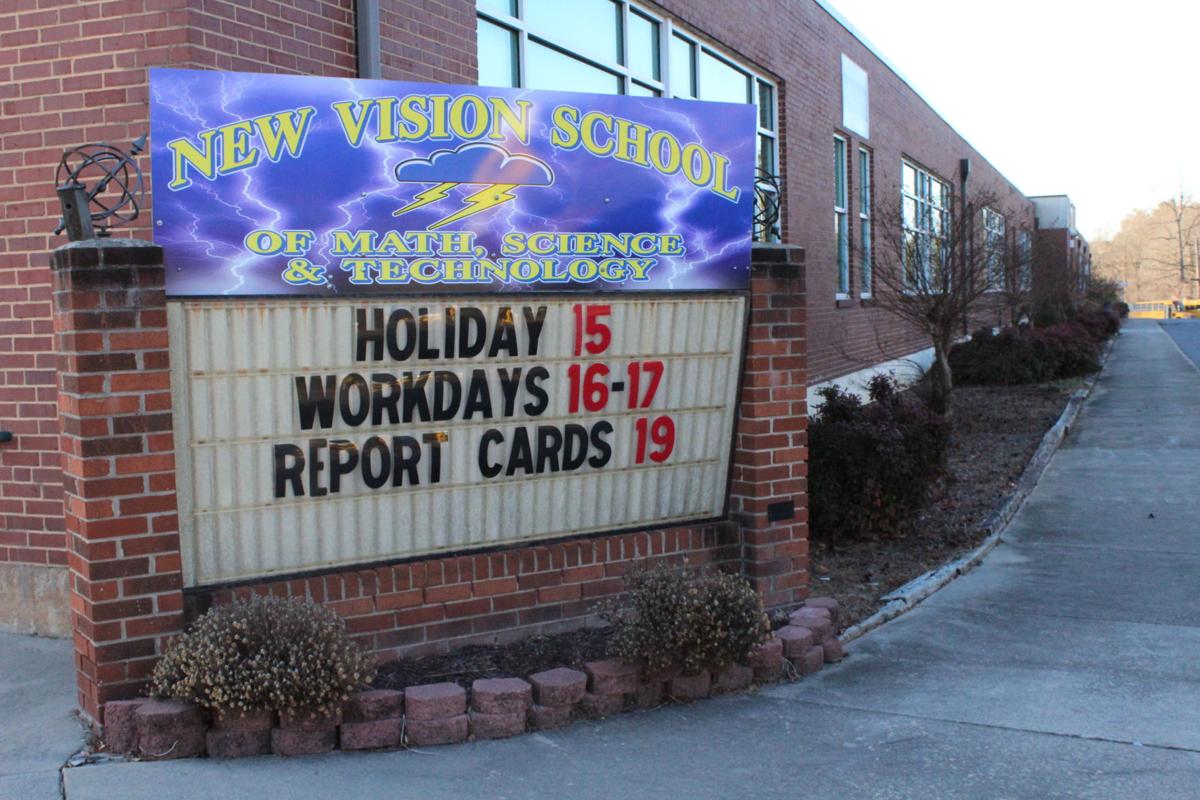 After the Rockingham County Board of Education's  Dec. 11 redistricting vote, the future of Dillard and New Vision became unclear.

The board decided that Dillard students would remain at their Madison campus in a traditional calendar program and the New Vision year-round school would join them under the same roof, contrary to the superintendent’s recommendation.

This decision was met with backlash from the community and concerns about the plan’s cost-effectiveness.

On Feb. 19, however, Dillard and New Vision teachers discussed a vision for the merged school at a parent meeting.

Dillard Elementary teacher Teri Schlosser pitched her proposal for the merger — a hybrid calendar — to about 150 members of the community.

“Putting the schools on one calendar will allow us to better use our resources such as our music, P.E., media and art teachers in order to meet the varying levels of all of our students,” Schlosser said.

Superintendent Rodney Shotwell will present the hybrid calendar proposal to the school board during its Feb. 26 work session, including the feedback from a community stakeholder survey.

The hybrid calendar proposal aims to provide the benefits of both the traditional and year-round schedule. Students would enjoy a two-month-long summer vacation as well as a two-week winter break, three-week fall break and two-week spring break.

Students would attend school for 165 days, the same total number of days as schools across the county.

To accommodate the change, school would begin in late July rather than August.

With more frequent breaks than in the traditional calendar, the hybrid calendar would provide the same relief that the yearlong calendar provides.

“Much like our kids need the activity breaks in the classroom, these regular breaks in the yearlong schedule provide students with a time to recharge and also to reduce that summer slide which is the regression of knowledge and skills in all subject areas,” Schlosser said.

By implementing a hybrid calendar rather than a two-calendar system, cost-savings would be greater, according to Shotwell.

“If you had a traditional and year-round going simultaneously under the same roof, there would only be about six weeks during the entire school year that there would not be somebody in the building,” he said. “By having everybody on this hybrid schedule that we presented here tonight, then … there are 16 weeks within the school that there won't be children there.”

The presenters also announced that, despite concerns that the merged school would not receive Title I funds as New Vision does not currently qualify, the combined school would in fact receive those funds.

Those funds could be used for additional staff and to offer intervention and enrichment programs for students during intercessions.

Intervention would aid students in need of remediation or tutoring in difficulty areas, while enrichment would benefit students seeking more challenging educational opportunities.

“With the new calendar and the options that are provided, I do believe that this is a win-win situation for students, parents and families,” Schlosser said.

While early analyses suggested the school may be overcrowded, putting all students on one calendar would also reduce the number of needed teachers and classrooms.

The school’s capacity is 562. According to Shotwell, the district expects an enrollment of about 546 students for the 2018-2019 year.

Based on these numbers, the merged school would not need to convert any enhancement spaces to classrooms and there would still be room for growth at the school.

Regardless of the board’s final decision, New Vision and Dillard have set the wheels in motion for the merger.

“Both of our staffs have already begun to come together to collaborate, to meet each other and to share some ideas about our plan,” said Dillard teacher Susan Knight.  “We shared with each other that we are all on board and we're actually very excited to move forward with this.”

Officials plan to use a STEAM programming model which focuses on science, technology, engineering, arts and mathematics.

At the close of the meeting, Shotwell expressed hope for the school’s future.

“I know there's been a lot of hurt feeling in the community here and I would hope that as we proceed that there's a way for us to be able to try to heal and make it work because together we are much stronger than we are apart,” Shotwell said

Leading up to the merger, the district will prepare with a possible school beautification community project and a possible contest for a new school mascot.

Officials still plan to rename the school and will consider community feedback in the decision. Shotwell previously stated that the school will make an effort to retain the Dillard name.

EDEN — As Dillard Elementary School and New Vision School of Math, Science and Technology prep for a merger, the school board smoothed over on…

EDEN — The merged, semi-year-round school in Madison officially has a new name.

EDEN — After public outcry over the planned merger of Dillard Elementary School and New Vision School of Science, Math and Technology, the Roc…

The Rockingham County Board of Education on Monday voted unanimously on the superintendent’s recommended Draper reassignment plan, but the Western Rockingham County two-schools-in-one solution came with controversy.

EDEN — Superintendent Rodney Shotwell has addressed some of the lingering questions following the school board’s Nov. 20 decision to close two…

EDEN — The current buildings of Draper Elementary School in Eden and New Vision School of Science, Math and Technology in Madison will both cl…

WENTWORTH — Parents, teachers, student and concerned citizens poured into Rockingham County High School on Nov. 9 to tell the school board the…

EDEN — South End Elementary School is off the table, but both Dillard and Draper are still under consideration for closure, officials said at …

Rockingham County board to vote on school closures in November

EDEN — The Rockingham County Board of Education is just under two months away from deciding whether to close Draper, Dillard and/or South End …

EDEN — A recent poll of the community by Rockingham County Schools found that 53 percent of those surveyed support closing one, two or three s…

REIDSVILLE — Rockingham County Schools completed the last of the district’s four community focus group meetings on May 16, continuing talks of…

EDEN — As finances tighten around Rockingham County Schools, the district is working to strategically cut more than $3 million out of the 2017…

Rockingham superintendent: To save money, one school may need to close

EDEN — Faced with a money crunch, the Rockingham County Board of Education on Monday discussed a drastic step to cut down on expenses: close a…