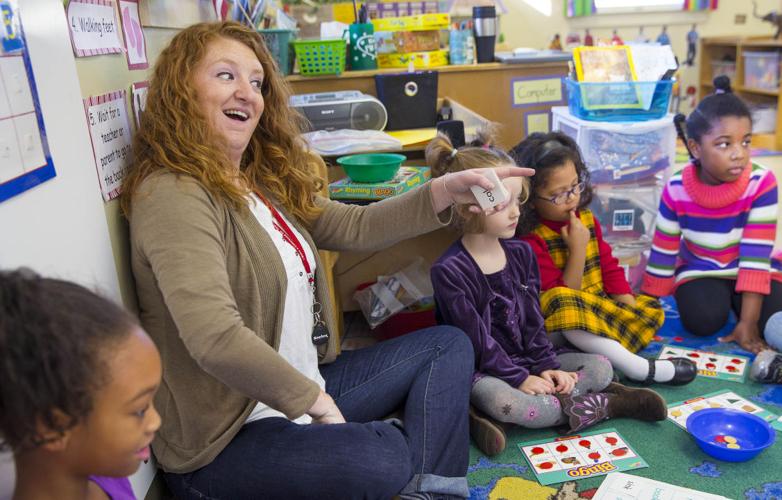 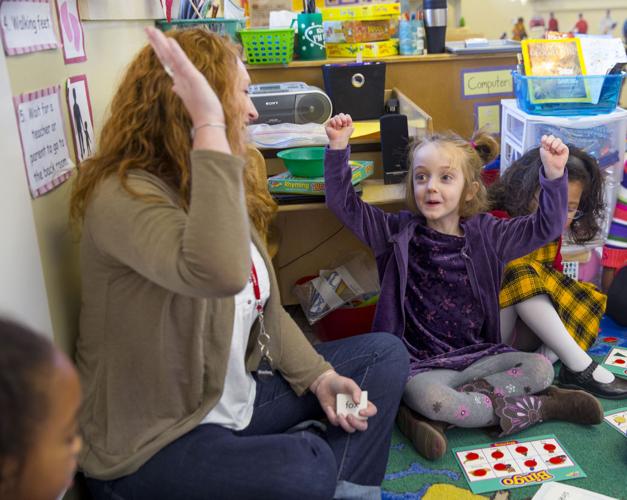 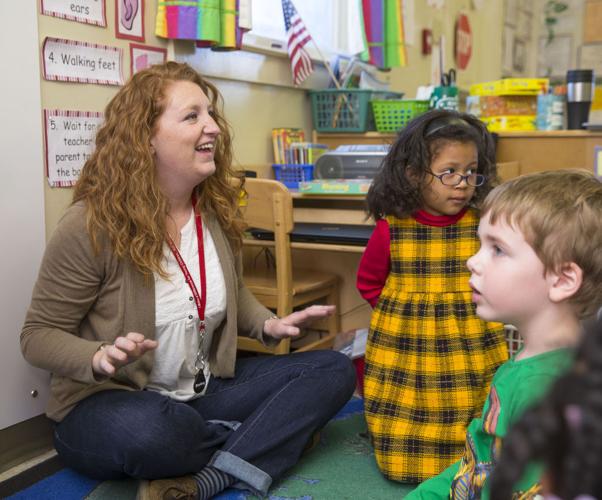 GREENSBORO — Education experts say working in child care is more than being a baby sitter. It plays a crucial role in a child’s development.

Even while playing, infants and toddlers are learning lifelong academic and social skills.

Yet that important work doesn’t guarantee a living wage.

And the pay for child care workers hasn’t changed much in the past 25 years, according to a report released this week by the Center for the Study of Child Care Employment at the University of California, Berkeley.

Child care workers are about as likely as fast-food employees to need public support programs, such as food stamps or Medicaid. The financial struggles are the worst for workers with children, particularly single parents, according to the report.

The mean salary for child care workers is $10.33 an hour, according to the U.S. Bureau of Labor Statistics.

None of that news surprised Teri Smith of Greensboro.

Smith has about 30 years of experience in early childhood education. She once quit a job in child care when she needed more money to support herself and her two daughters.

“I was a single parent at that point, going through a divorce,” she said. “I had to leave child care because it wouldn’t pay the rent and buy food for my children.”

As a director of the Early Childhood Center in Greensboro, a nonprofit arm of West Market Street United Methodist Church, Smith has filed paperwork for her teachers to get public assistance.

“I have filled out paperwork because teachers are going bankrupt.”

Parents are paying twice as much for child care than they did in 1997, according to the report. The costs of running a child care business have increased as well. Child care workers are increasingly having to earn college degrees.

But those increases don’t add up to better pay.

Providing that assistance to child care workers costs North Carolina about $45.5 million a year, according to the report.

When adjusted for inflation, the pay for North Carolina early education teachers — child care workers, preschool and kindergarten teachers — has remained stagnant for 17 years, according to the report.

Advocates say there should be greater public investment in child care instead of relying on parents to pay the bulk of the costs. They also say there needs to be a better, broader understanding of the skills child care requires.

Teachers say they stay because they love the work.

The work, experts say, is more than baby-sitting. Teachers need to understand child development and the role of play in children’s learning.

Teachers say that under their care, children learn important social and life skills. They begin developing problem-solving skills and other foundational academic skills.

“The word ‘baby sitter’ always comes up, and that’s kind of a slap in

the face to those of us

who have gone to school and gotten a bachelor’s degree and a license to do this,” said Meredith Sawyer, who teaches a transitional kindergarten class at the Early Childhood Center.

“They’re going to be eons ahead of kids in kindergarten who haven’t been in child care,” she added.

“Taking care of children means taking care of their teachers,” Marcy Whitebrook, a co-author of the report, said Tuesday during a forum hosted by the New America Foundation. Early childhood teachers and others in the field gathered at UNCG that day to watch a live online stream of the forum.

The Early Childhood Center in Greensboro has a five-star license — a top rating under the state of North Carolina’s system. Unlike at most child care centers, teachers there receive health care benefits and a 401(k).

Angie Celestine, who works with infants, expects to get an associate’s degree in early childhood education by the end of next month. She said she decided to continue her education when she committed to the field of child care.

“You need to know your stuff,” Celestine said.

But she also said she works paycheck to paycheck. Missing a day of work would mean struggling to pay her bills.

Sawyer said she took a big pay cut when she left her job waiting tables at a local restaurant to work in child care full time. Even now, the 29-year-old still waits tables part time and sometimes makes more money than she does teaching a transitional kindergarten class.

“That’s what we’ve been told in this country,” Sawyer said. “If you go to school and get a degree, then you won’t rely on public assistance.

“Not in this field.”

The average pay estimate this year for North Carolina teachers is about $47,800, compared to the national average of about $57,400.