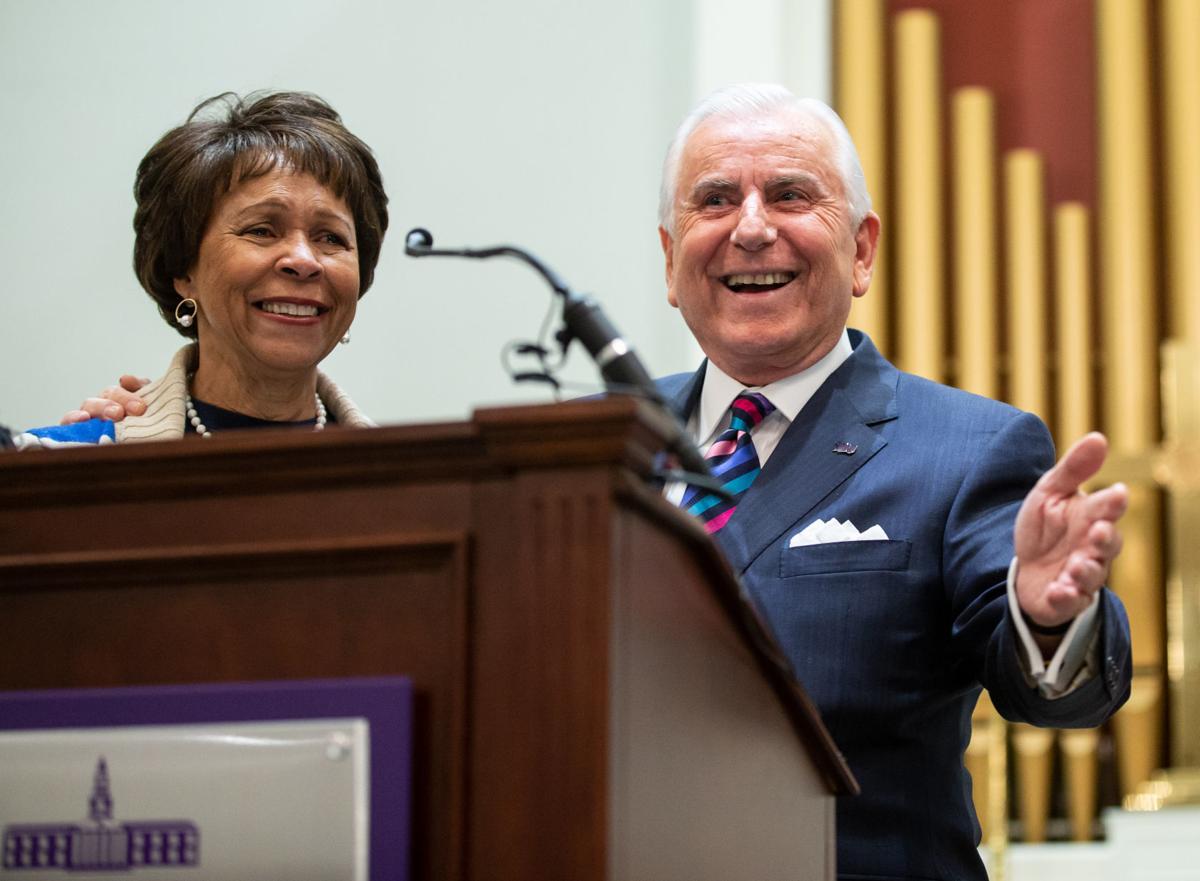 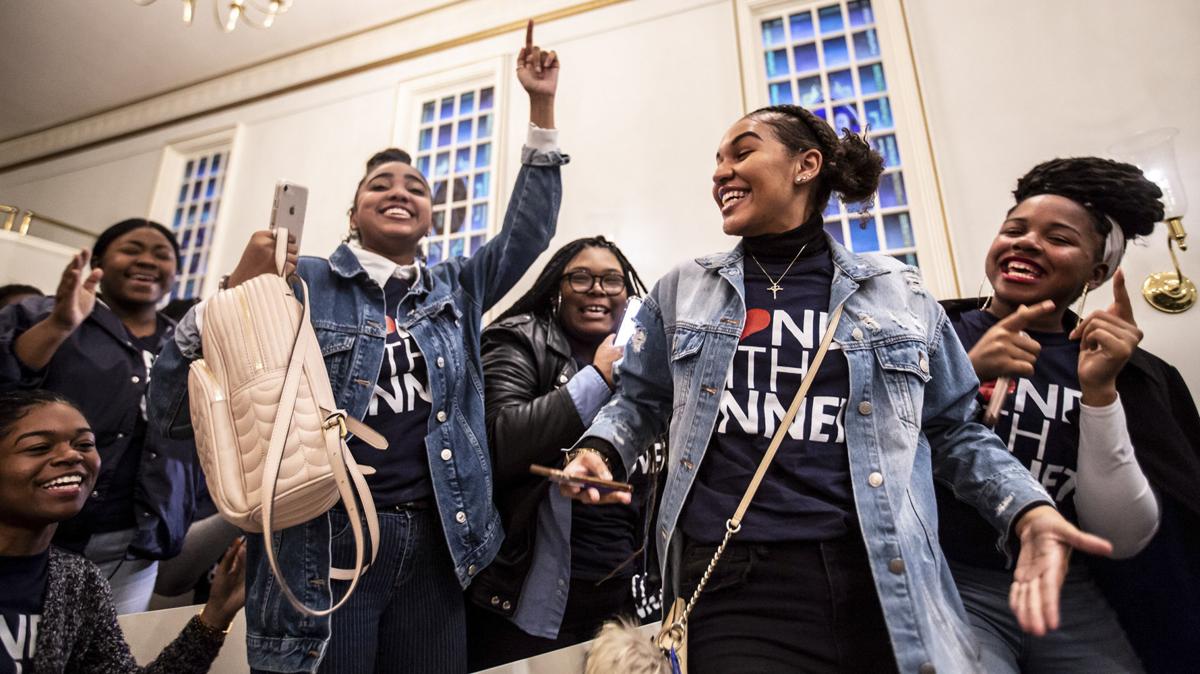 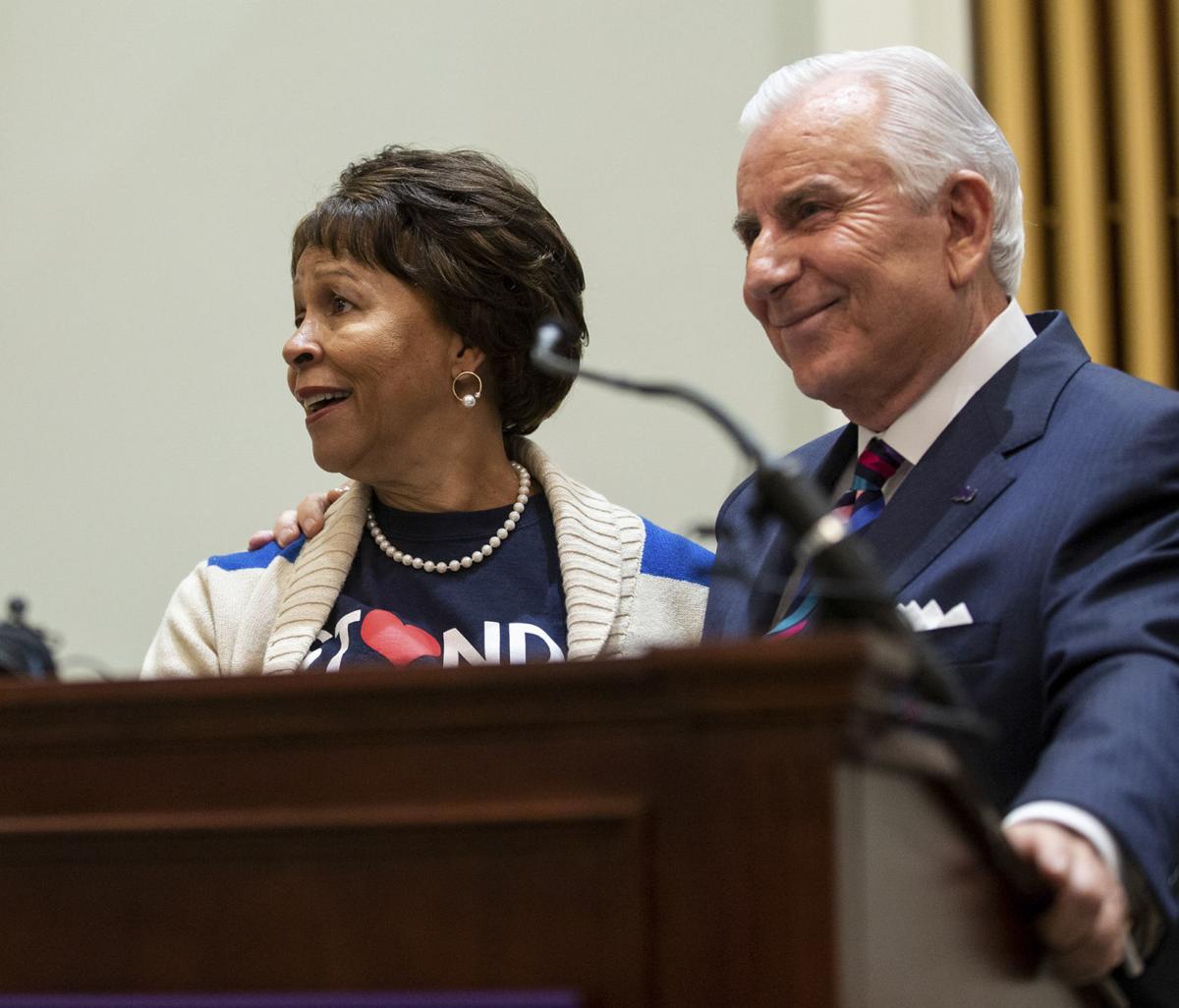 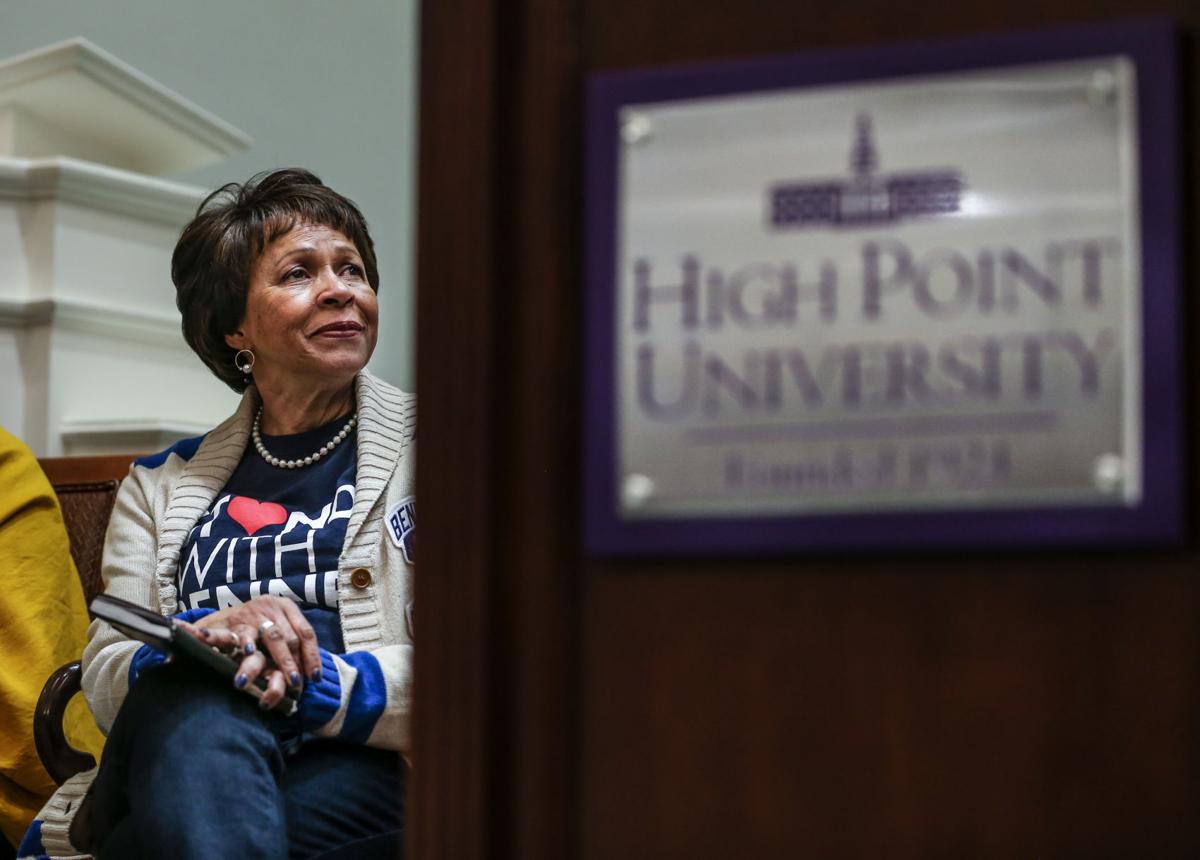 HIGH POINT — It looks like Bennett College will reach its $5 million goal.

High Point University announced Friday it is standing with Bennett with a gift of $1 million. This is the biggest donation Bennett has received since it began its aggressive fundraising effort two months ago in an effort to hold onto its accreditation.

The HPU gift raises Bennett’s fundraising total to $4.8 million. Bennett officials said this amount doesn’t include a flood of contributions received late this week as well as other significant gifts that the college hasn’t yet made public.

Bennett President Phyllis Worthy Dawkins said after Friday’s announcement that she’s sure the college will hit its fundraising target.

Bennett leaders had said previously that Friday was its fundraising deadline. But the college said it will extend the deadline through the weekend as it counts and audits its contributions. The college said it plans to announce its total at noon Monday.

HPU President Nido Qubein announced this million-dollar donation late Friday at a ceremony that was part news conference, part church service and part pep rally. Qubein said that the university’s faculty and Board of Trustees approved the gift in large part because the schools have much in common: They’re both private, they’re both in Guilford County and they’re both affiliated with the United Methodist Church.

“Bennett will cross this chasm successfully,” Qubein said. “We as a neighbor school cannot stand by and let Bennett just somehow go down a valley that’s less than extraordinary.”

When Qubein announced the amount — Bennett students had gotten word earlier that afternoon that a major gift was imminent — the crowd inside the Hayworth Memorial Chapel erupted in cheers.

Dawkins raised her fist in the air. The Bennett students on one half of the chapel stood and screamed, waved their hands and stomped their feet. The rest of the room — Bennett employees, trustees and alumnae, HPU faculty and staff, elected officials and other supporters of the two colleges — stood and applauded for nearly a full minute.

“All I can say is wow, wow, …” said Dawkins, who had on the same blue “Stand With Bennett” T-shirt that her students and many other supporters have worn since mid-December. “I am overwhelmed by the support.”

Dawkins said she met Qubein shortly after she became Bennett’s interim president in 2016. The two have kept in touch, and Qubein, she said, was one of the first college leaders to call her Dec. 11 after the Southern Association of Colleges and Schools Commission on Colleges decided to revoke Bennett’s accreditation. Commission officials said Bennett fell short of its standards for having sufficient financial resources.

Colleges must be accredited to accept federal Pell Grants and student loans as payment for tuition, fees and other expenses. Non-accredited colleges often close. Bennett has appealed the commission’s ruling and remains accredited for now.

Bennett had been on probation for the two prior years — the most allowed under the commission’s rules — after sharp declines in enrollment led to budget deficits. In 2017-18, Dawkins’ first full year as permanent president, enrollment rose and the college posted its first annual surplus in six years. Bennett expects to have another budget surplus this year.

The college has about 410 students enrolled in the spring semester — down about 60 students from the fall. (Colleges typically lose students from one semester to the next.) But Bennett officials have said it has received about 4,000 applications for a spot in next fall’s freshwoman class. That’s almost double what the college got a year ago.

A couple of weeks ago, Dawkins asked Qubein and N.C. A&T Chancellor Harold Martin to pull together a meeting of area college presidents to talk about Bennett’s plight. Qubein said he came away from that lunch meeting at Bennett with admiration for the grit and determination of the college’s president, the professional achievements of its graduates and the college’s history and unusual spot in the higher education landscape. Bennett — founded in 1873 to train former enslaved persons to become teachers — is now just one of two historically black women’s colleges in the nation.

Qubein said he and other college leaders also were impressed by the fundraising campaign. The campaign started with Bennett students posting the hashtag #StandWithBennett on Twitter and Instagram and the college selling “Stand with Bennett” T-shirts and asking for help. This grass-roots effort attracted media attention, a few celebrity endorsements — and then thousands of donations from alumnae, friends, churches, sororities and numerous other groups from across North Carolina and the nation.

“We were moved by the situation Bennett was in,” Qubein said. “As one of our faculty members said today, there but by the grace of God could go any one of us.”

Donations have flooded in since then. The college collected more than $1 million in the eight days before the HPU announcement. Danny Gatling, Bennett’s vice president of institutional advancement, said contributions came in so quickly Friday that they temporarily overwhelmed a pair of online donation sites.

After Monday’s announcement, Bennett will send its formal appeal to the commission, which has scheduled a hearing for Feb. 18 in Atlanta.

Bennett leaders all along have said they’re confident that the college will meet their fundraising goal and convince the commission to reverse its decision.

On Friday, Qubein said he, too, is convinced. He said he’ll challenge others — including HPU families on campus through Sunday for Winter Family Weekend — to help Bennett.

“Here’s the deal: We are in the house of God today. We already know what the result is going to be on Feb. 25,” Qubein said to applause from the crowd.

“How do we know that?” he added. “Because God ain’t going to let Bennett be out in the desert by itself.”

To donate online to Bennett College, visit www.bennett.edu/standwithbennett, or text the word Belles to 444999 and follow instructions.

The Syllabus: The road ahead for Bennett College (cont.)

Bennett College has a date Monday with an accreditation appeals committee. Even if that appeal succeeds, the private Greensboro woman's college still has a lot of work ahead of it.

The private women’s college expects to get a ruling on its accreditation appeal by next Monday.

Stores in the East Lexington Avenue mall will remain open for now. The university didn’t say what its long-term plans for the property might be.

Commencement will be held May 9 on campus.

Despite an extraordinary fundraising push from mid-December 2018 to early February that raised $9.5 million, the Southern Association of Colle…

After 'Empire' actor's alleged assault, his upset fans are coming to the aid of Bennett College

Jussie Smollett said this week he was attacked in Chicago by two masked men who uttered racial and homophobic slurs.

Alpha Kappa Alpha Sorority and Wells Fargo say they're supporting Bennett College as it fights to keep its accreditation.

The Syllabus: The road ahead for Bennett College

Here are some of the possible paths for the private Greensboro college: It might find another accreditor. Or it could merge with another college. It could stay open with out accreditation. Or it could close.

A million-dollar gift from a Los Angeles couple and nearly $358,000 more from friends and supporters of High Point University pushed Bennett past its $5 million goal. Next up for Bennett is a Feb. 18 appeals hearing in Atlanta.