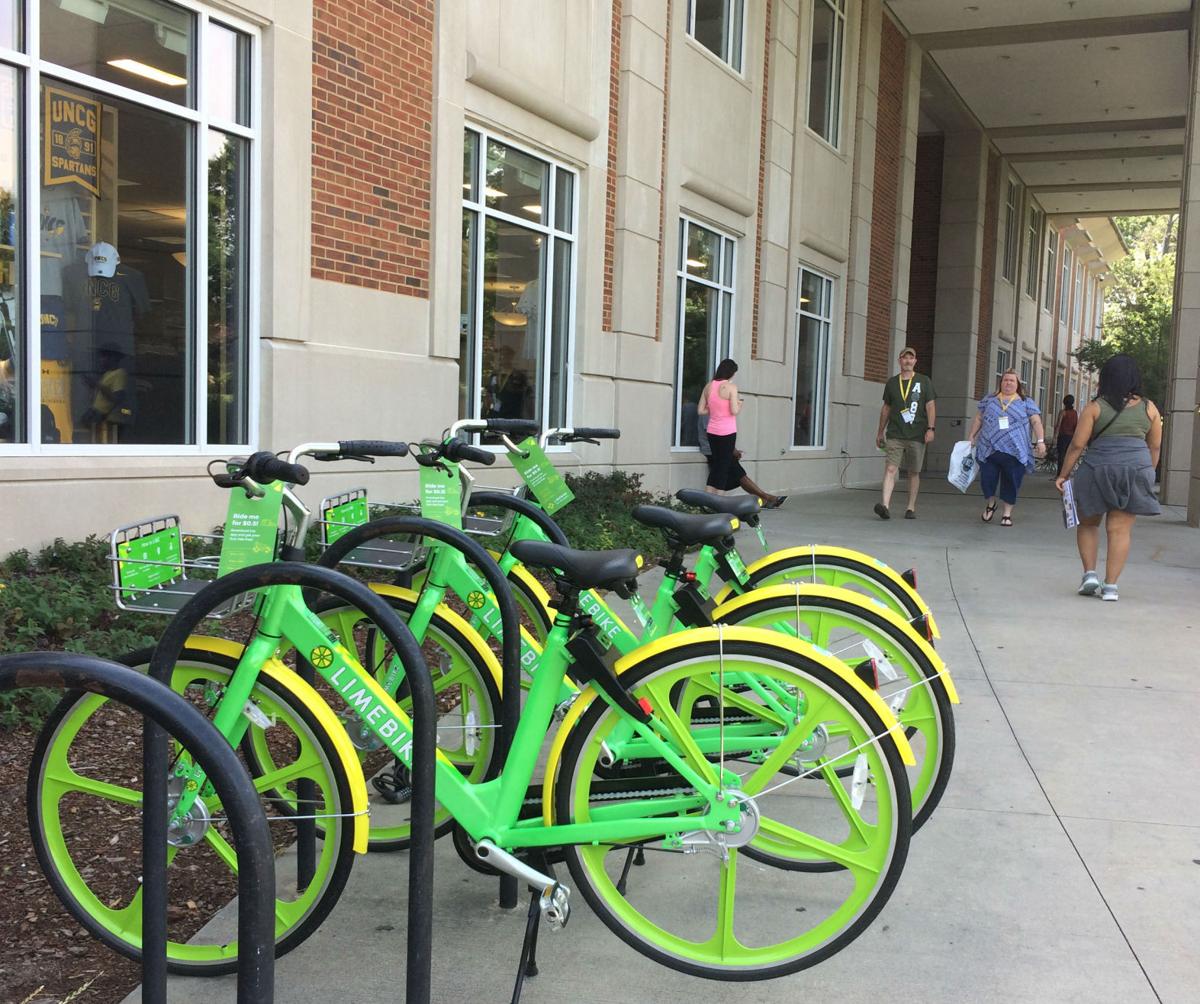 Bikes for UNCG’s new bike-share program are parked outside the university’s student center. 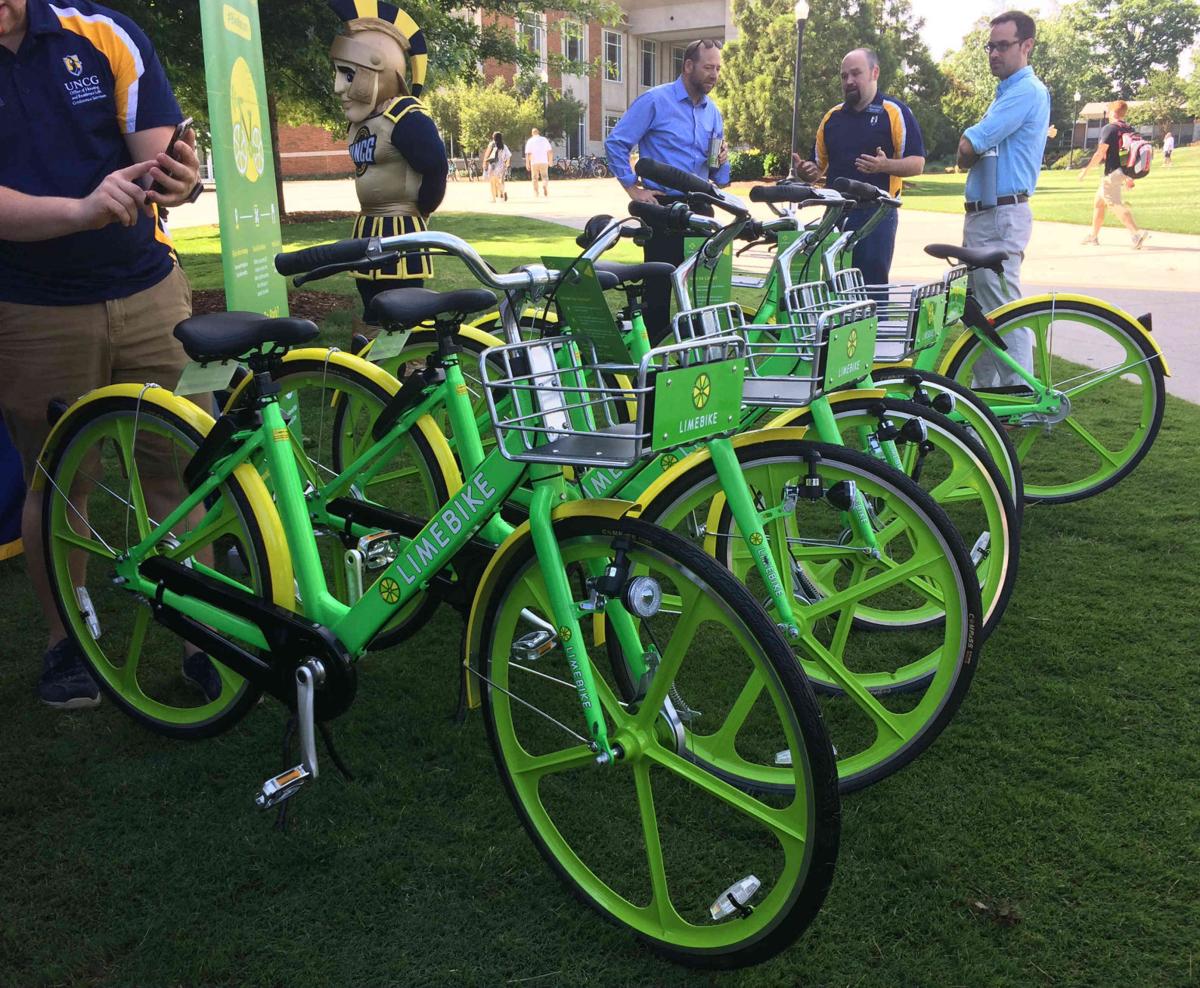 LimeBikes on display at UNCG.

GREENSBORO — Those bright green bikes on UNC-Greensboro’s campus are sure hard to miss.

They belong to a new California startup called LimeBike, which picked Greensboro to be its first U.S. market for its bike share program.

The company’s 125 bikes are parked around campus. For a small fee, anyone can use them.

“Our vision is to use this … new model to provide a more affordable, accessible and available way of transportation to help more people get around in an urban environment,” Toby Sun, the company’s CEO, said at the program’s launch Thursday.

The new model Sun’s referring to? Most bike share programs require customers to pick up and drop off bikes at designated bike racks, where they are locked between rides.

LimeBike bikes have their own locks and can be picked up and dropped off anywhere. (The company would prefer that riders park them at a bike rack, thank you very much.) UNCG has designated six areas around campus as hubs where bikes will be. The company will hire people to retrieve the GPS-equipped bikes from far-flung places and return them to the hubs.

The bikes are bright green, single-speed and sturdy. They weigh about 40 pounds each and have tubeless tires that rarely go flat.

At the front of the bike is a basket with a cupholder. Pedaling the bike powers front and rear lights. A double kickstand keeps a bike standing when it’s parked.

To use a bike, riders must download a mobile app on their cell phones. The app finds the closest bike, unlocks the bike, keeps track of time and collects payment. UNCG students and employees pay 50 cents for every 30 minutes. It’s $1 per half hour for everyone else.

Sun said LimeBike picked Greensboro because of the good weather and UNCG’s national reputation as a healthy, bike-friendly campus. The company plans to bring more bikes to campus before the fall semester. Newer models will be a little lighter and have three speeds to make hill climbing easier.

The program continues UNCG’s commitment “to the health and wellness of our community and environmental sustainability,” said Charles Maimone, UNCG’s vice chancellor for business affairs.

The university's nursing school is the first owner of a new wireless mannequin that simulates childbirth.

The celebration starts Friday and will continue throughout the academic year.

The Board of Governors has made its picks for the two boards. The governor still hasn’t made his.

The SpaceX rocket scheduled to take off Thursday for the International Space Station contains an experiment that looks at the effects of light and gravity on plants.

The university wants to set up special districts on its campus for health and the arts.

Bikes for UNCG’s new bike-share program are parked outside the university’s student center.

LimeBikes on display at UNCG.