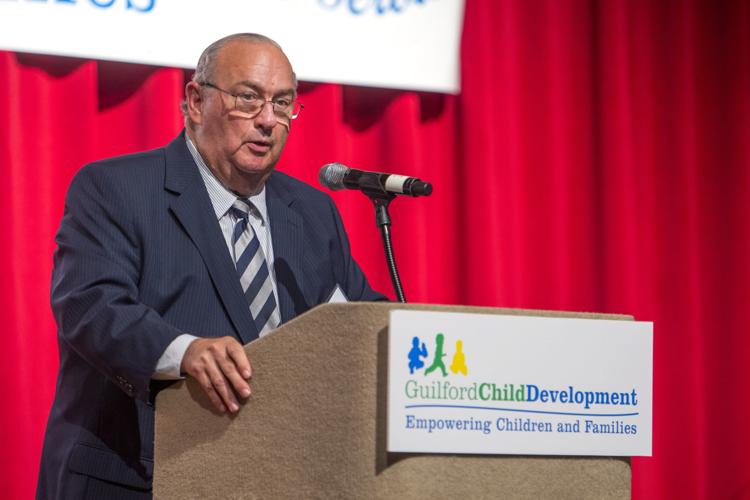 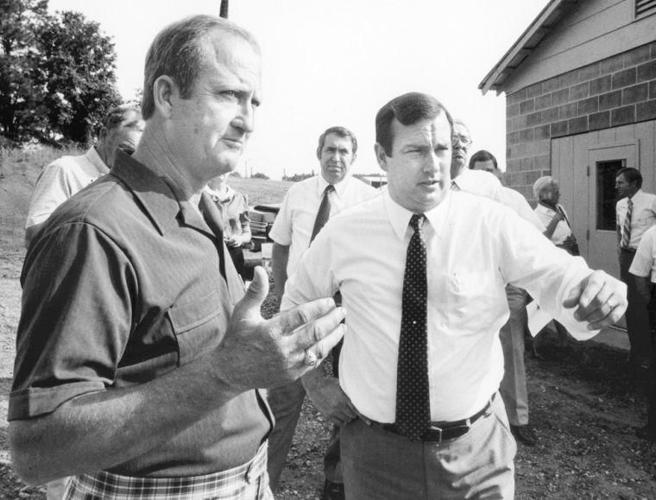 U.S. Rep. Robin Britt (center) tours a farm in Guilford County in 1983. Britt was a first-time candidate when he won in 1982, recapturing the 6th Congressional District for Democrats. 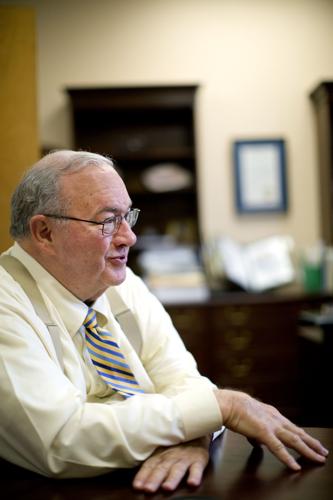 Robin Britt, executive director of Guilford Child Development, plans to retire in a year. The agency is making plans for his exit, including a national search for a replacement.

GREENSBORO — Robin Britt, a former U.S. congressman, is set to retire as head of Guilford Child Development after 20 years with one of the county’s largest nonprofits.

He wants to use his retirement to pursue his faith journey and spend time with his family — but not to get back into political office.

“The only thing I’ll ever run again for is the hills,” he said.

He’s planning to stay on one more year, slating his retirement for next October. Britt also expects to help the nonprofit with some special projects even after that.

In the wake of Britt’s decision, Guilford Child Development said it has promoted Maria Stevens, current leader of its Head Start/Early Head Start program, to a new role as chief operating officer. The organization wants her to help manage Britt’s transition to retirement while it holds a national search for a leader to succeed him.

Britt said Thursday they are moving to a model of having a chief executive officer and COO rather than just one executive director.

In another major change, the nonprofit is set to launch its new Guilford Child Development Foundation in November. The foundation will raise money to help support needs of families and children the nonprofit serves. Brad Huffstetler, the director of development for the nonprofit, will be the president of the new foundation.

They are working on pulling together a board for the foundation, which could accumulate money over years as well as accept planned gifts. The vision, Huffstetler said, is the foundation would give direct grants or childcare scholarships to low-income Guilford Child Development families dealing with immediate needs and crises.

Those crises could be something like being hit by a hurricane or tornado, or getting an eviction notice.

Guilford Child Development is the lead agency for the United Way’s Family Success Center pilot program where adults can work on obtaining their GEDs while their children get preschool care.

In one example, Huffstetler said, a mother and daughter who’d been coming to the success center faced homelessness due to expenses related to a death in the family. That left Guilford Child Development scrambling to try to contact other nonprofits to help the family stay afloat and defend the progress they’d made.

“They said, ‘We are going to be on the streets if we don’t do something by the end of the week,’ ” he said. “You don’t want anything to shake them or make them drop out of the program, or worse.”

Britt’s leadership of Guilford Child Devolpment caps off a career that includes joining the Navy, working as an attorney, serving in the U.S. House of Representatives from 1983 to 1985, leading the nonprofit corporation Project Uplift, and starting the state’s Smart Start program while serving as the secretary of what’s now the N.C. Department of Health and Human Services.

He jumped at the opportunity to head Guilford Child Development when a job opened up two decades ago because it meant he could stay at home in Greensboro without a commute and because he wanted to work directly for young children.

The nonprofit grew dramatically under Britt’s watch, with its Head Start/Early Head Start program going from more than 600 children served per year to more than 1,400. They also added a series of other programs, with the Family Success Center and Nurse-Family Partnership as two examples. He oversaw an expansion of the annual budget from $9 million in 1998 to more than $23 million today

Britt said Thursday he thinks the most important contribution he made was raising consciousness of the impact of early intervention in children’s lives.

“There’s a growing understanding of the toxic effects of poverty upon our children,” he said.

In the face of all of those challenges, he’s taken joy in what people in this area have been able to accomplish together.

“I love Greensboro because it is a welcoming and collaborative and, I think, visionary community,” he said. “It really goes beyond the bounds of Greensboro — I love Guilford County ... This is just a special place for families. I think our children here are well served.”

Four of the five races on the ballot are contested, including the at-large seat.

'A light of opportunity': Unique United Way program offers an escape from poverty

The 18-month pilot program targeted Greensboro's poorest areas and not only was successful but showed that people in poverty want out — but don’t always know the way.

Hardship and hope collide in one of Greensboro's poorest ZIP codes

The 27406 ZIP code is one of Greensboro's poorest places to live. Now, a unique program offers a way out.

The governor did not include in his budget funding to cover a mandate that schools reduce class size in K-3 classrooms, but said he's "ready to talk about it."

France plans to ration power in case of shortages

The world's most expensive cities to live in 2022

The world's most expensive cities to live in 2022

U.S. Rep. Robin Britt (center) tours a farm in Guilford County in 1983. Britt was a first-time candidate when he won in 1982, recapturing the 6th Congressional District for Democrats.

Robin Britt, executive director of Guilford Child Development, plans to retire in a year. The agency is making plans for his exit, including a national search for a replacement. 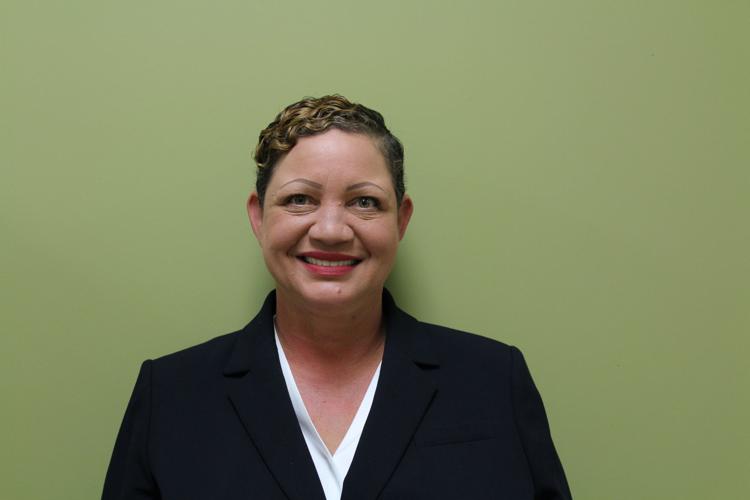 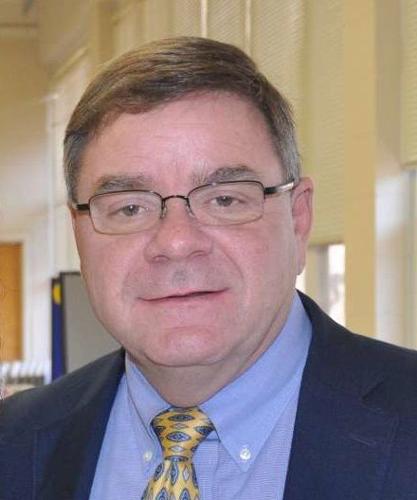