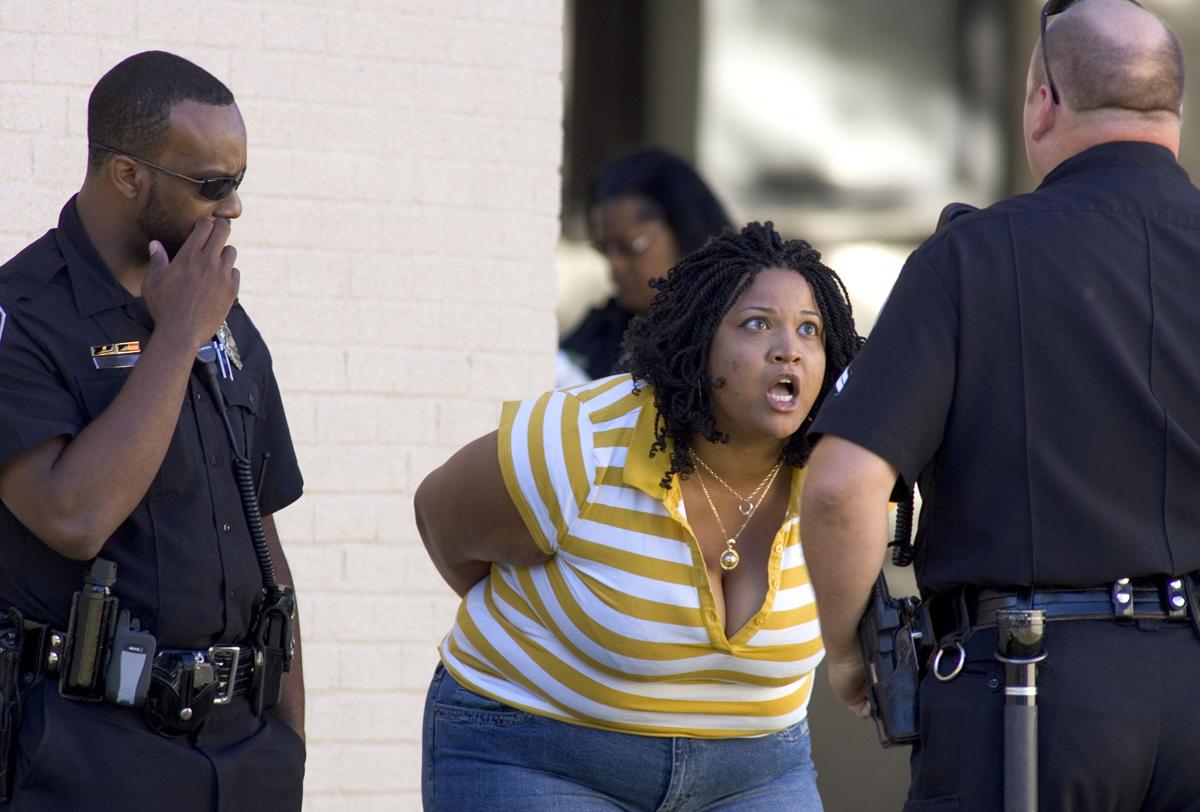 Nelson Kepley/News & Record Lizborne R. Tillett, 24, was charged with resisting a public officer and harboring a fugitive after she left the apartment during the standoff. 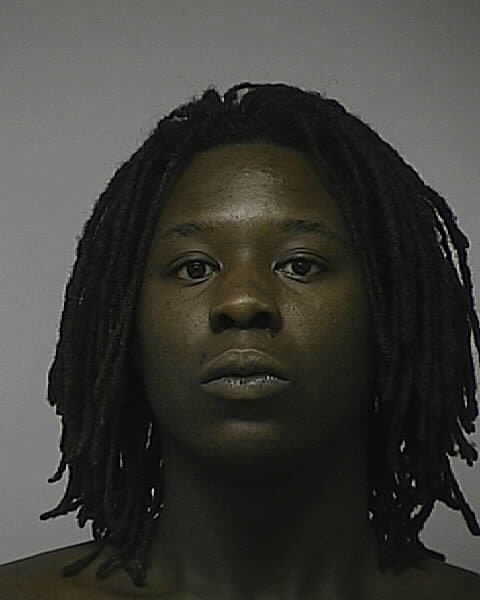 Nelson Kepley/News & Record Police arrested Ben Rashaun Washington, 21, after trying to serve him warrants on numerous charges related to a series of crimes in August.

GREENSBORO — A Greensboro man barricaded himself inside a residence in the Smith Homes community Wednesday afternoon after police attempted to serve warrants for his arrest.

Police were attempting to serve warrants for kidnapping, burglary, assault and injury to personal property from a series of incidents reported to police in late August.

Several officers guarded the entrances to the apartment for about two hours while awaiting clearance to enter from a judge. About 50 residents gathered across the street, some yelling obscenities at police.

About 4 p.m., Lizborne Ruffina Tillett, 24, tried to leave the apartment with a bag of garbage.

When officers confronted her, she said she was trying to take out her trash and didn’t know anything about a wanted person.

Screaming at officers who were questioning her, she tried to walk away and was arrested, according to warrants filed at the Guilford County Magistrate’s Office.

With guns drawn, officers entered the apartment with a K-9 unit about 4:30 p.m.

When officers broke open the door, Washington tried to flee and was shocked on his back with a Taser and arrested, police said.

According to warrants, Washington is accused of first-degree burglary at an apartment on Ardmore Drive on Aug. 23.

Warrants say that while he was there, Washington strangled and kidnapped Shana McKinney, a resident of the home.

Washington is also accused of causing $200 in damage to a 1999 Buick Park Avenue owned by Jessica Stephens on Aug. 24.

Washington was charged Wednesday with assault by strangulation, first-degree burglary, first-degree kidnapping and injury to personal property related to the August incidents.

Charges of resisting a public officer and second-degree trespassing were added as a result of the standoff on Wednesday.

He is held at the Guilford County jail in Greensboro on a $50,000 secured bond.

Tillett was charged with resisting a public officer and harboring a fugitive.

She was released on a written promise to appear in court.

Ask a Reporter: Why can't I laminate my Social Security card?

Also, when did people start brushing their teeth?

Marijuana in Virginia: Medical flowers (AKA buds) and pre-rolls (or joints) now available for the first time

This unvaccinated N.C. man died from COVID-19, but his story is changing minds

Jason Lail was healthy before he got COVID-19. At 42, he left behind a wife, two daughters, a stepson and countless family members. “He was healthy,” said Jessica, his wife of less than one year.

Law enforcement officials are getting vaccinated at the lowest rates, including a number of prison officials.

'Not what we wanted': Qubein blasts High Point officials over Montlieu project

The HPU president is upset about the city's decision to postpone a road improvement project linked to the university.

To safely work on bridges that will one day carry Interstate 840 traffic, the contractor plans to close North Elm Street at the highway crossing from 10 p.m. Monday-Thursday nights until 5 a.m. the next mornings, N.C. Department of Transportation said in a news release.

Triad Math and Science Academy, High Point Christian Academy and Greensboro Day School appeared on the list of schools issued Sept. 14. But they were dropped a week later.

Kermit Wilson Jr., the leader of New Life Ministries in Greensboro, was placed in intensive care for 41 days. He died on Sept. 17 at age 43.

Nelson Kepley/News & Record Lizborne R. Tillett, 24, was charged with resisting a public officer and harboring a fugitive after she left the apartment during the standoff.

Nelson Kepley/News & Record Police arrested Ben Rashaun Washington, 21, after trying to serve him warrants on numerous charges related to a series of crimes in August.