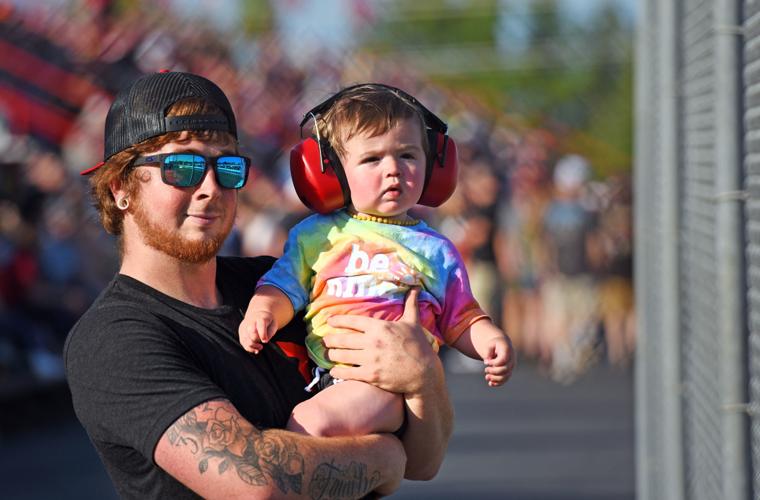 Zack Craven holds his son, Colton, 10 months, as they watch qualifying on opening night at Ace Speedway, Saturday, May 23, 2020. 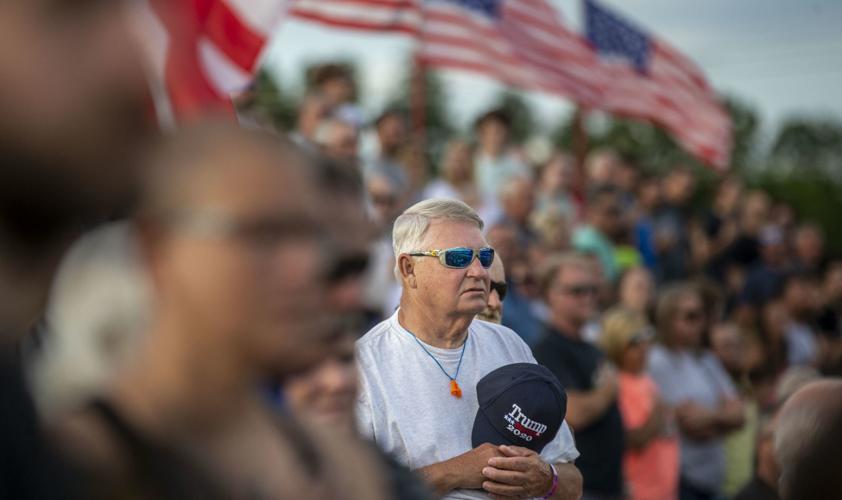 Fans stand for the national anthem at Ace Speedway in Alamance County before a race in May.

RALEIGH — The N.C. Court of Appeals ruled Tuesday that Gov. Roy Cooper’s secretary of health and human services should not be immune from a lawsuit over the administration’s restrictions on large gatherings in the early months of the coronavirus pandemic.

The Department of Health and Human Services temporarily shut down Ace Speedway, a small stock car racetrack in Alamance County, in June 2020 after it repeatedly defied Cooper’s executive order limiting outdoor crowds to mitigate the spread of COVID-19.

The racetrack filed counterclaims in August, alleging the department unlawfully singled out the business for its acts of protest and violated its employees’ constitutional right to earn a living.

“This case makes us consider the use of overwhelming power by the state against the individual liberties of its citizens and how that use of power may be challenged,” the judges wrote.

DHHS Secretary Kody Kinsley, whose predecessor filed the 2020 order to close the speedway, argued before the appeals court that executive officials should be immune from civil lawsuits. But the court ruled Ace Speedway’s claims were “sufficient to survive the secretary’s motion to dismiss” the lawsuit.

Three days after Cooper issued an executive order placing a 25-person cap on all outdoor gatherings, Ace Speedway hosted approximately 2,550 spectators for its first race of the season on May 23, 2020. A sign posted on site at a subsequent race that June labeled the 2,000-person gathering a “peaceful protest of injustice and inequality everywhere,” the lawsuit states.

When the speedway continued to draw crowds of 1,000 or more, the governor’s office ordered Alamance County Sheriff Terry Johnson to intervene. After Johnson refused to issue a misdemeanor citation, the Cooper administration declared Ace Speedway an “imminent hazard” for the spread of COVID-19 and called for its closure until the emergency order expired.

A court has yet to rule on the merits of Ace Speedway’s claims. But the panel of three Republican judges drew attention Tuesday to a clause in the state Constitution guaranteeing North Carolinians a right to the “fruits of their labor.” Recent court precedents say the clause is synonymous with the right to earn a living.

The ruling noted that the order to close the racetrack “restricted or otherwise interfered with the lawful operation of a business serving the public.”

Why are so many pregnant women in North Carolina heading to the emergency department?

UNC researchers are leveraging statewide emergency department data to understand the high use of the facilities by pregnant women.

A 23-year-old Raleigh man died Friday after he jumped or fell out of a plane that went on to make an emergency landing at Raleigh-Durham International Airport.

When will a third COVID booster shot be available — and who can get it?

As COVID-19 stubbornly hangs around, vaccinations continue to be an important tool in fighting the contagious BA.5 variant — and a new round o…

The husband of former South Carolina Gov. Nikki Haley and brother of U.S. Rep. Jim Clyburn were given shares of a company that leased slot mac…

The state’s vaccine rollout which centered on equity garners national attention, even from the White House.

Actor William Shatner told David Cox to “get lost” Sunday — and the Raleigh City Councilman and lifelong “Star Trek” fan loved every minute of the encounter. Cox came to Shatner’s panel at GalaxyCon in Raleigh on Sunday to thank the “Star Trek” actor, known for playing Captain James Kirk. What ensued was a scene reminiscent of Shatner’s famous 1986 “Saturday Night Live” skit where he tells ...

Vulgar political message flashes on Winston-Salem road sign, but no word yet on how it happened

A DOT engineer says people across the state have sabotaged digital road signs to display obscene messages. It's not clear how this one in Winston-Salem ended up flashing the F-word.

What is the biggest political group in North Carolina? The answer may surprise you.

Zack Craven holds his son, Colton, 10 months, as they watch qualifying on opening night at Ace Speedway, Saturday, May 23, 2020.

Fans stand for the national anthem at Ace Speedway in Alamance County before a race in May. 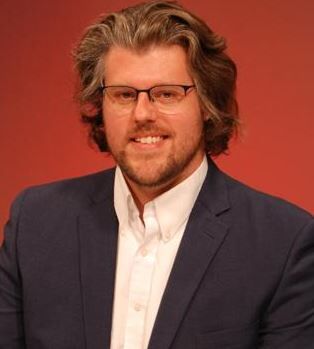