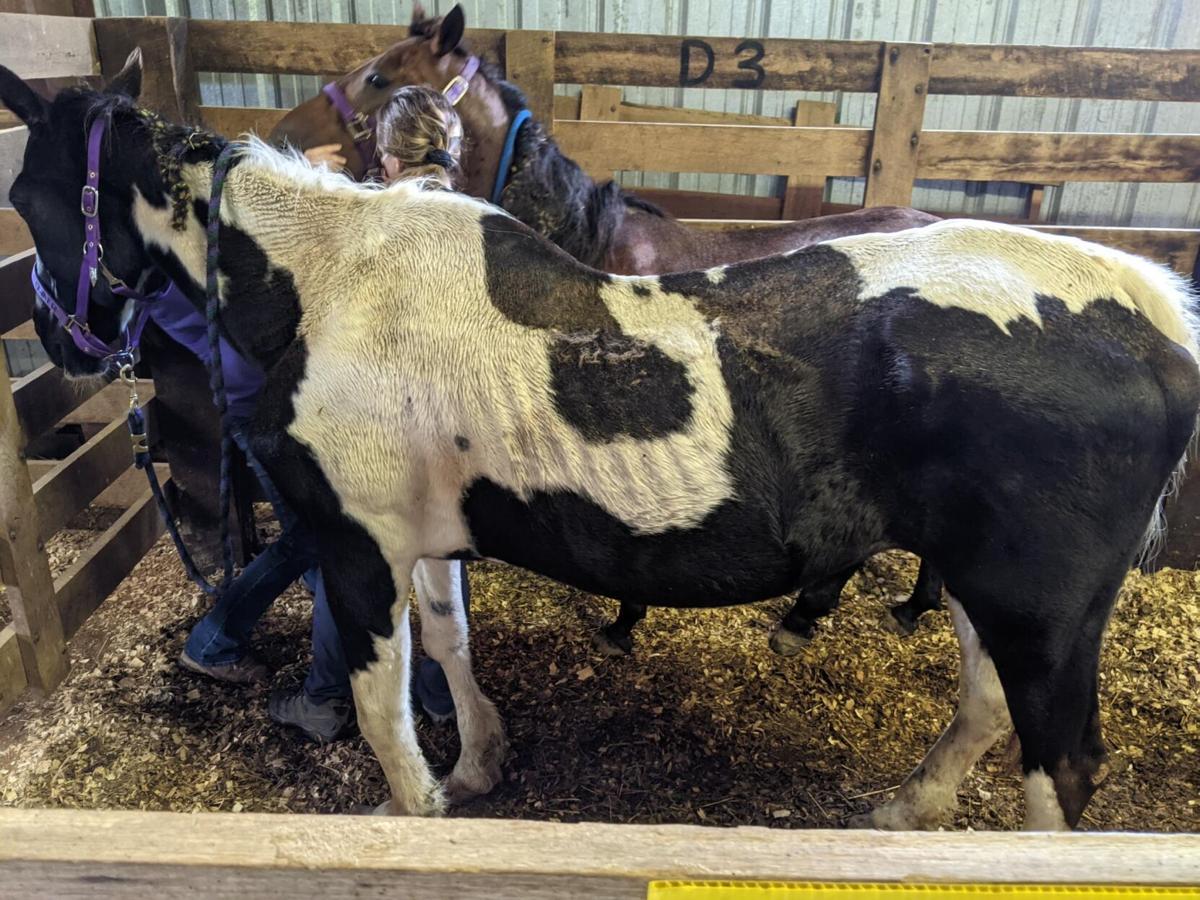 Burke County Animal Services, armed with a new ordinance, seized two emaciated and injured horses on Friday night from a farm in Valdese. 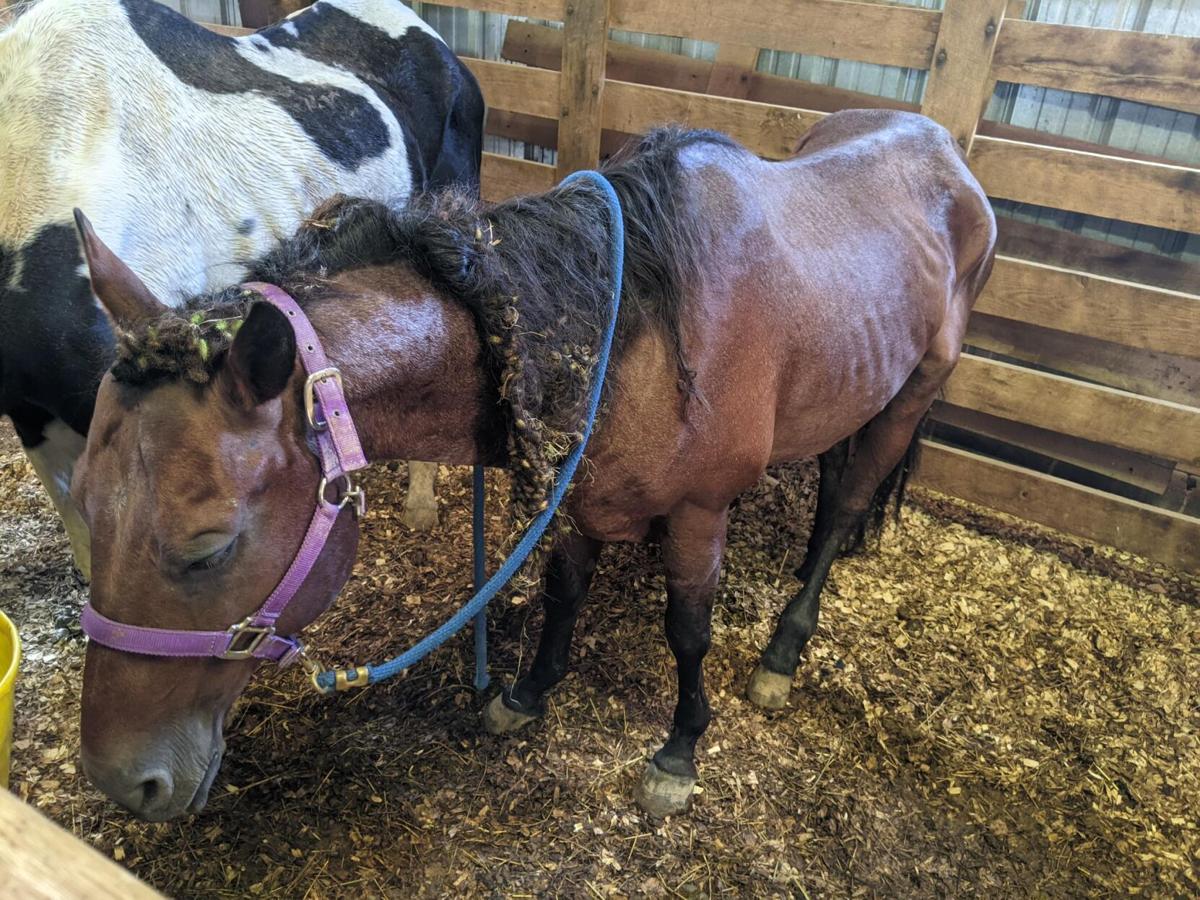 These two emaciated horses were seized by Burke County Animal Services Friday night from a farm in Valdese. 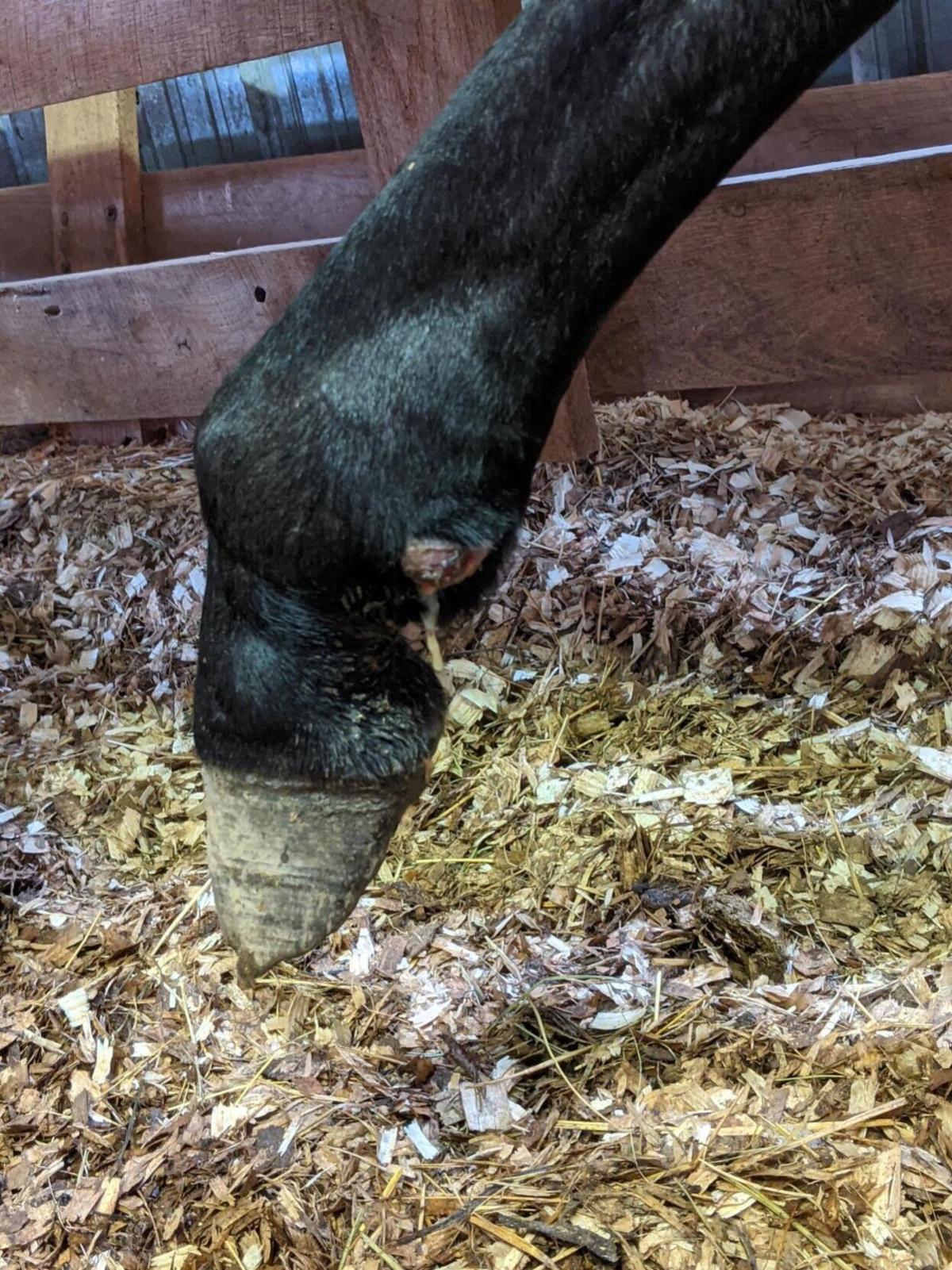 This photo shows an injury on a horse seized by Burke County Animal Services on Friday night from a farm in Valdese.

John Herbert Shuffler, 51, of Valdese, was charged with one misdemeanor count of animal abuse/cruelty. He was served with the summons Monday, according to the Burke County Sheriff’s Office.

The summons, which was issued by Burke County Animal Enforcement, says Shuffler “willfully did deprive of necessary sustenance and medical care a horse in an inhumane manner which jeopardized the safety of the animal.”

A court date for Shuffler was set for Nov. 8, according to the summons.

Burke County Animal Services seized two emaciated and injured horses on Friday night after an investigation that lasted about a month.

On Monday, Kaitlin Settlemyre, director of Burke County Animal Services, said the female horse (black and white) is in poor shape and she is always going to be in pain so the decision has been made that humane euthanization is the kindest option for her.

Settlemyre said the female horse is currently on pain medication and she’s getting “a lot of good loving” until her euthanization can be scheduled.

The other horse, a brown male, has a broken leg with a wound but he is improving, Settlemyre said. Animal Services has made the decision to give him about a month with conservative treatment and if he is not able to bear weight after that, they may have to euthanize him as well, she said.

However, Settlemyre said the veterinarian told her she’s had a lot of success with conservative treatment in the past, so she’s hopeful for the male horse’s future.

On Saturday, Settlemyre said the two horses that were seized were in imminent danger and needed immediate veterinarian care. She called their condition extremely poor.

Animal Services first viewed the horses in a field on Sept. 1 and talked to the owner several days later. An incident report from Sept. 1 says they discovered six horses in a field at the property that had a round bale of hay, but there was one horse that was thin and another that was extremely thin. The report says the pasture appeared poor, with minimal grass.

When Animal Services went back out to the property on Sept. 8, there was no sign of the emaciated horse that was out there on Sept. 1. When Animal Services staff asked about that horse, the owner said the horse had fallen into a ditch and could not get back up and passed away, according to the incident report.

When asked why the horse was so thin, the owner told Animal Services staff that the horse was pretty wild and he was unable to pen her or deworm her to properly care for her, the report said. A white mare also was in a back pasture by herself and was emaciated. She had a swollen knee, and due to her arthritis she could not be penned. The owner told Animal Services that he is supplementing her with sweet feed and dewormed her last week. He told them he purchased the mare at an auction about a a month prior and said she had gained weight, the incident report said.

The report said there were two horses penned in the barn on the property that were in manure about 3 feet deep and their heads were approaching the roof rafters.

Animal Services told the owner that the horses couldn’t stay in the stalls and they needed to be moved to clean stalls. The owner told staff that he was physically unable to clean the stalls, the incident report said.

Animal Services told the owner he needed to figure out a way to get the stalls cleaned either by taking it on little by little or hiring help and they would be back to check on the horses and conditions, according to the report.

On Tuesday, the Burke County Board of Commissioners voted 4-1, with Maynard Taylor opposing, to amend the county animal ordinance that would allow animal enforcement officers to obtain warrants to investigate animal cruelty cases. The amended ordinance section allows animal enforcement, who are not sworn officers, to “obtain administrative search and inspection warrants and conduct other lawful searches and inspections” as permitted by state law, if the owner doesn’t give consent to search the premises.

What is N.C. law enforcement doing with your genetic testing results?

When people get a DNA test through companies like 23andMe, for example, they can choose to share results with public DNA databases. And that can open the way for those samples to be compared to DNA found at crime scenes.

Donna Hagy and Dwayne Alan Smith are accused of concealing the death of Morganton man Howell Buchanan Jr., who disappeared in August, according to the Burke County Sheriff’s Office. Both were jailed on Wednesday.

N.C. police officer investigating an accident dies after another vehicle crashes into the scene

A Knightdale police training officer and two others also were injured in the crash, the Highway Patrol said in a release.

How does genetic genealogy and phenotyping work? DNA agencies weigh in on N.C. crimes

The Chapel Hill Police Department turned to Parabon NanoLabs in 2016 after working for four years attempting to figure out who killed 19-year-old Faith Hedgepeth in a bedroom at her shared apartment near the UNC-Chapel Hill campus.

Nearly two dozen professional models — including Tara Leigh Patrick, aka Carmen Electra — sued the clubs in the Eastern District of North Carolina on Wednesday and Thursday, saying they violated federal trademark laws by using the models’ name and likeness without consent.

Raleigh Police Chief Estella Patterson discussed the number of crimes between July 1 and Sept. 30 at a brief on Wednesday, as part of a new initiative to share and analyze crime statistics every quarter. Patterson was named the new police chief this summer and was sworn in Aug. 12. Wednesday was her first quarterly crime briefing.

A ‘love scam’ with Charlotte ties scammed the elderly out of $1.5 million

A ring of love fraudsters trolled Facebook, dating websites and other platforms to court older victims from around the country.

The “slap a teacher” challenge has prompted stark warnings from school district officials and law enforcement following the “devious lick” trend on TikTok in which students filmed themselves vandalizing school bathrooms.

Siler City man charged after crashing SUV into restaurant, killing one person in the parking lot

He was charged with misdemeanor death by vehicle, failure to reduce speed to avoid an accident, and driving left of center.

Burke County Animal Services, armed with a new ordinance, seized two emaciated and injured horses on Friday night from a farm in Valdese.

These two emaciated horses were seized by Burke County Animal Services Friday night from a farm in Valdese.

This photo shows an injury on a horse seized by Burke County Animal Services on Friday night from a farm in Valdese.