N.C.'s 'Polio City' was a nationally known medical marvel in the 1940s; a Greensboro boy stayed nearly a year there
1 comment
Share this
{{featured_button_text}}
1 of 2 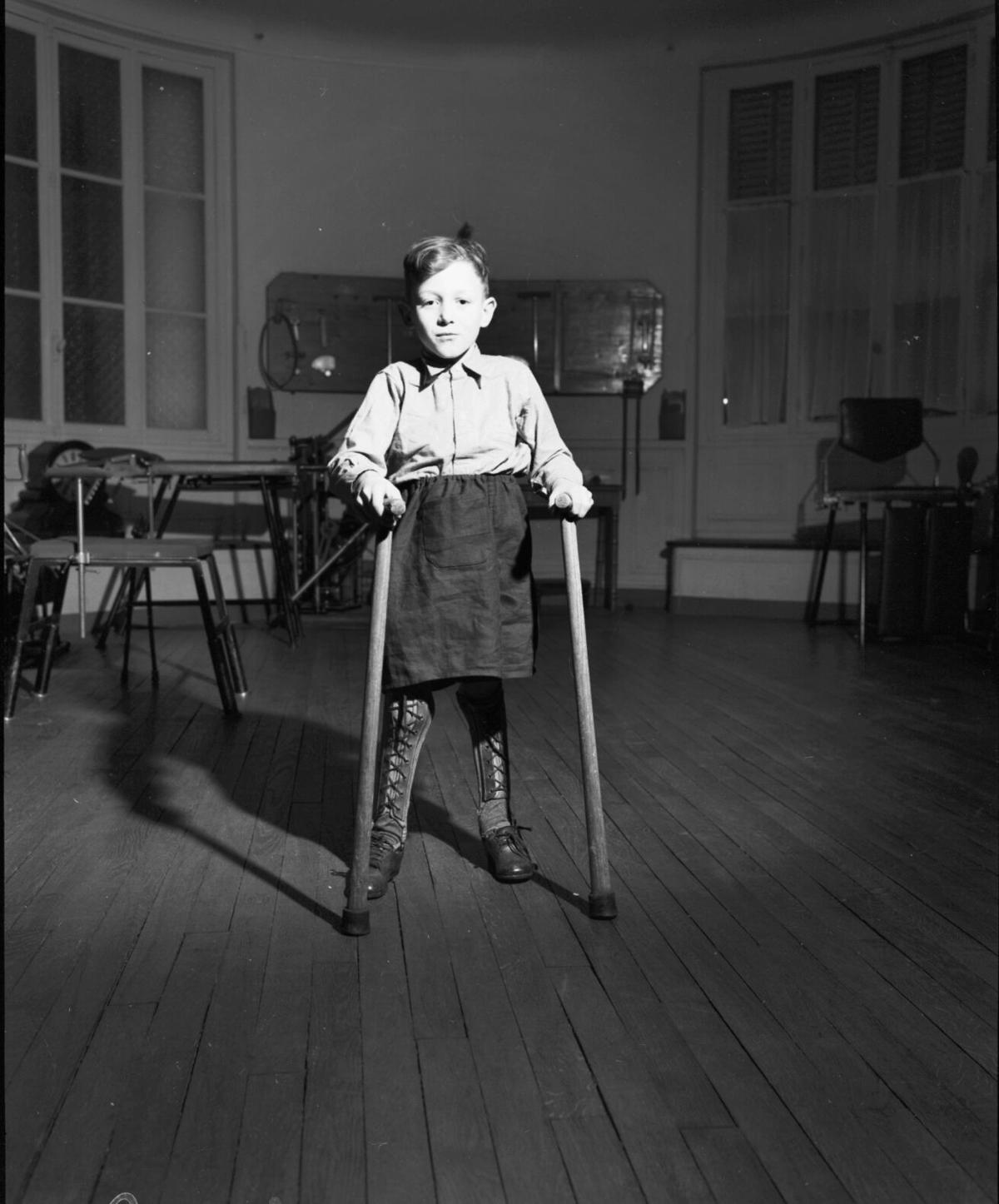 A young child with polio uses crutches to stand in this undated photo. For polio survivors, the ongoing COVID-19 pandemic is not the first infectious disease to upend their lives. Now, decades after polio ripped through North Carolina and the world, medical experts and researchers at UNC are looking to this past outbreak to give context to a modern one. 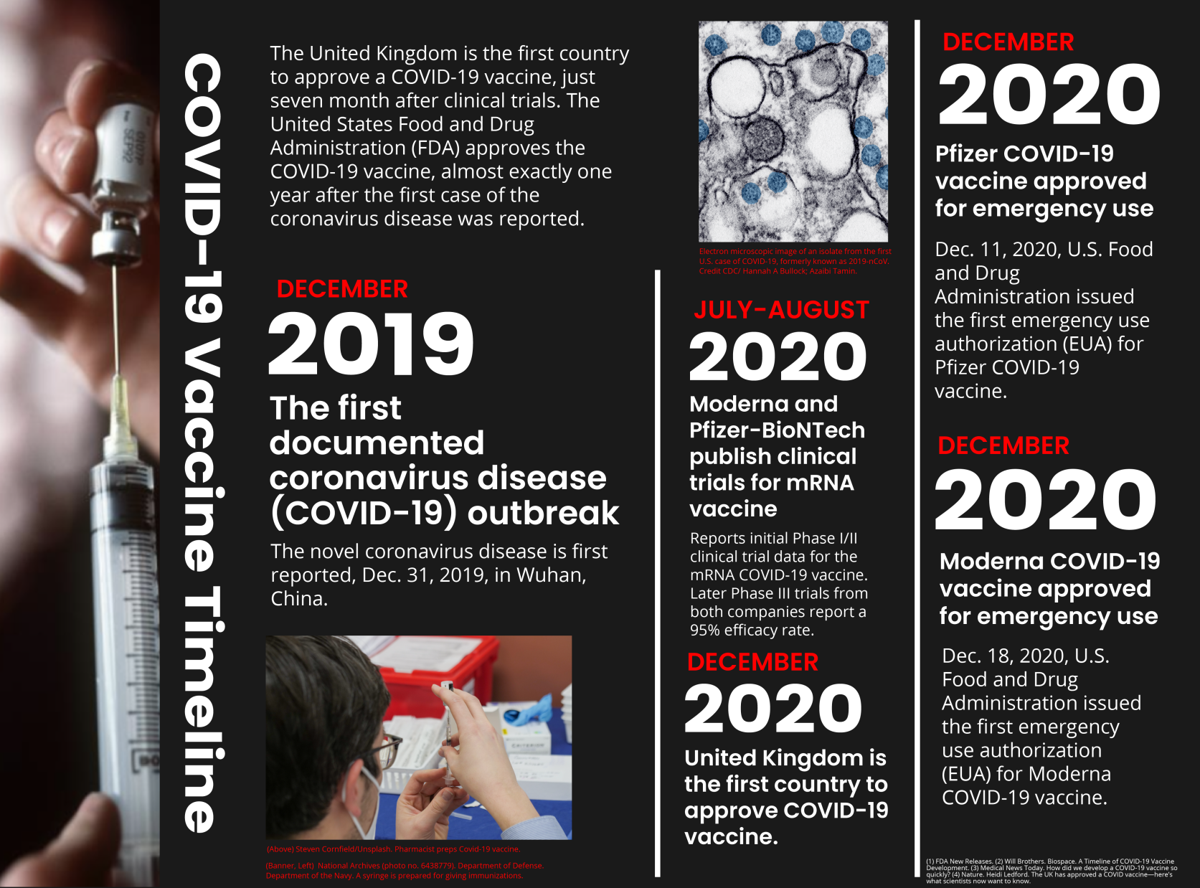 “Roll up the windows — there’s a case of polio at that house.”

This warning from 9-year-old Dan Moury’s sister wasn’t an uncommon one in the summer of 1944, as polio was sweeping through North Carolina in one of its worst outbreaks yet. Moury’s family was taking a trip to Carolina Beach from Greensboro, where about 20 of them would stay in a “big old house,” as they did every summer.

When they got to the beach for the week, Moury wasn’t feeling well. He played outside with his cousins, but he was also spending more and more time in bed. When he got home and his mom took him to the pediatrician, a spinal tap diagnosed the disease so many families dreaded:

Suddenly, there was a quarantine sign on the family’s front door and a piece of plywood under Moury’s mattress. His mom was going to try to nurse him back to health, but it was too much — polio required intense physical therapy and medical intervention, and there was a lot that doctors didn’t know about the disease. She’d heard about a new hospital that opened up in North Carolina for children like Moury: the Hickory Emergency Infantile Paralysis Hospital, which would aptly be nicknamed the “Miracle of Hickory.”

It was where Moury would spend almost a year of his life.

For polio survivors, the ongoing COVID-19 pandemic is not the first infectious disease to upend their lives. Now, decades after polio ripped through North Carolina and the world, medical experts and researchers at UNC-Chapel Hill are looking to this past disease outbreak to give context to a modern one.

The first U.S. polio epidemic was recorded 50 years before Moury’s diagnosis. But the 1940s and ‘50s brought more cases than the country had ever seen. Parents kept their children inside for the summer to avoid contracting the paralyzing disease. Public areas like swimming pools were shuttered. Newspapers showed iron lungs lined up in hospitals with only children’s heads poking out. A nationwide panic took hold.

June 1944 brought a quickly escalating polio outbreak to Catawba County in North Carolina. Three doctors conceived of a plan to form an emergency hospital in Hickory.

Because most hospitals preferred not to take polio cases, this one would cater specifically to them. Setting it up meant emptying out a summer camp that was built as part of President Franklin D. Roosevelt’s Works Progress Administration.

As legend has it, Dr. H.C. Whims, a health official involved in setting up the hospital, called the woman who was running the camp and asked her to clear it out. She said the campers were picking blackberries and she’d promised them a cobbler — but once they got their cobbler, she’d send them home.

And when she did, the patients started pouring in.

What stands out about the hospital is how quickly it developed — the first patients were admitted to Hickory less than three days after the doctors decided to open a hospital. By 1945, it had treated hundreds of patients and Hickory proudly wore the title of “Polio City.”

Life magazine featured the town’s response, and writers would continue to chronicle the “Miracle of Hickory,” given its name in a March of Dimes pamphlet, for decades to come.

Moury was one of the first patients of the nationally-known medical marvel. When he got to Hickory in 1944, there was an army tent pitched out front that said “admissions,” rather than an office. The buildings sat up on a hill, away from the road, and in the grass a patient sat on an ambulance stretcher. The hasty planning and architecture set Hickory apart from other hospitals, like Charlotte Memorial, that also housed polio patients.

At the hospital, treatments included “hot packs,” where boiled wool was placed on the skin, and extensive physical therapy. This contrasted with earlier treatments, which put serious patients in full body casts. When they got out, they often spent the rest of their lives unable to walk.

Thanks to his treatment at Hickory and a later series of operations, Moury has walked with a fairly normal gait his whole life.

Looking back, Dan remembers sleeping in a ward with about 15 or 20 boys around his age. They built model airplanes, played board games and, of course, went through physical therapy to get better.

“It was really a great year for me because I hated school — I was always in trouble,” he said. “And there wasn’t any school going on.”

Researchers at UNC’s Southern Oral History Program are beginning a project to observe polio outbreaks, in light of the ongoing COVID-19 pandemic. Seth Kotch, the director of the program, said looking at polio is meant to provide “a different way of learning about what it’s like to live with a pandemic.”

The Hickory phenomenon is something researchers are interested in knowing more about, Kotch said. It involved a community rallying around medical professionals to fight a disease and treat children, most of whom weren’t even from Hickory. Kotch said echoes of that exist now, too, as health care workers come together to fight this pandemic.

But Kotch also sees echoes of the opposite: people mobilizing to spread misinformation about COVID-19 and the vaccine.

Dr. Myron Cohen, the director of UNC’s Institute for Global Health and Infectious Diseases, said people were far less hesitant to get the polio vaccine when it was developed and introduced in 1955.

“There were always people who were concerned about anything new,” Cohen said. “But there was certainly a lot more faith in science and scientists in the communications that existed in the ‘50s.”

Social media, the 24-hour news cycle, people seeking attention — these are all things Cohen suspects contribute to widespread hysteria about vaccines. Medical technology is remarkable, Cohen said, but the anthropological and sociological angles of society are suffering.

In other words, even the best vaccine is not effective if people refuse to get it.

When Moury took his son to get his polio vaccine at a school in Winston-Salem in the 1960s, he cried because he was so relieved his son would never have to go through what he did.

He likely wasn’t the only one. Parents everywhere lined up to get their children the long-awaited inoculation. Over 60 years since the first polio vaccine was developed, Cohen said the medical community still discusses polio vaccination programs as an example of global cooperation to wipe out a devastating disease.

To eradicate a disease, Cohen said, is “both amazing and romantic.”

“And to try and do it nowadays, with the way the world’s organized, would shockingly maybe be more difficult, not less difficult,” he said.

The local post-polio group now-85-year-old Moury belongs to used to have about 50 members. Just before COVID-19, it was down to four polio survivors who met for lunch once a month. Some died, while others moved away to be close to their children.

As polio becomes medical history rather than a present threat, Moury has also noticed that fewer and fewer doctors know about Post-Polio Syndrome, a disorder that can show up in individuals who were once infected with polio.

And about 30 years ago, Moury went to an orthopedic surgeon for an elbow problem. Knowing that Moury had polio and had surgery as a child, the surgeon traced every incision on his foot and named the operation.

“We studied these, but I’ve never seen them before,” he told him.

Moments like these are reminders that polio is a thing of the past in the U.S. — and can remain that way if widespread vaccination continues. Researchers hope looking back at the moments in history when polio was widespread can help them shine a light on the pandemic the world faces right now.

“We want to learn about what it’s like for our country to live through, to endure, to suffer with a disease this serious,” Kotch said. “And what are the long-term effects of that experience?”

As for the hospital where Moury was treated so many decades ago, a historical marker stands in downtown Hickory to remind passersby of the miracle there one was. Moury, of course, was there the day they unveiled it.

At UNC Media Hub, students are hand-picked from various concentrations in the UNC Hussman School of Journalism and Media to work together to find, produce and market stories with state, regional and at times, national appeal.

Search for missing crew to be suspended

Search for missing crew to be suspended

According to authorities, a section of the bridge over the Oregon Inlet collapsed shortly before 5 p.m. while state workers were dismantling it.

MANTEO — One person was killed after a portion of an old bridge on the North Carolina Outer Banks collapsed and fell into the water, authoriti…

Trinity man, Texas girlfriend posed inside the Capitol on Jan. 6. Next stop: A courtroom

Bradley Stuart Bennett was a QAnon devotee from Trinity — just over the Guilford County line in Randolph County, according to court records.

NC man shoots grandson, who was trying to break into his house, police say

LONG VIEW — A Long View man shot his grandson when he tried to break into his house early Thursday morning.

Families of N.C. trees are dead because of climate change. Now, they're 'ghost forests.'

The trees are being swallowed by swarms of salty ocean water initiated by extreme weather events that cause abrupt environmental changes.

Authorities said that the town’s police department had “neglected to send any narcotics for chemical analysis to the State Crime Lab for a substantial period of time.”

Man falls to his death in western NC's Linville Gorge

A man hiking with his son in the Linville Gorge on Saturday fell 40-60 feet to his death, emergency responders said.

William & Mary accidentally sent an email to 350 applicants who had been denied or waitlisted congratulating them on their acceptance.

The company did not specify how many people were affected or at which store in Monroe the mix up occurred.

A young child with polio uses crutches to stand in this undated photo. For polio survivors, the ongoing COVID-19 pandemic is not the first infectious disease to upend their lives. Now, decades after polio ripped through North Carolina and the world, medical experts and researchers at UNC are looking to this past outbreak to give context to a modern one. 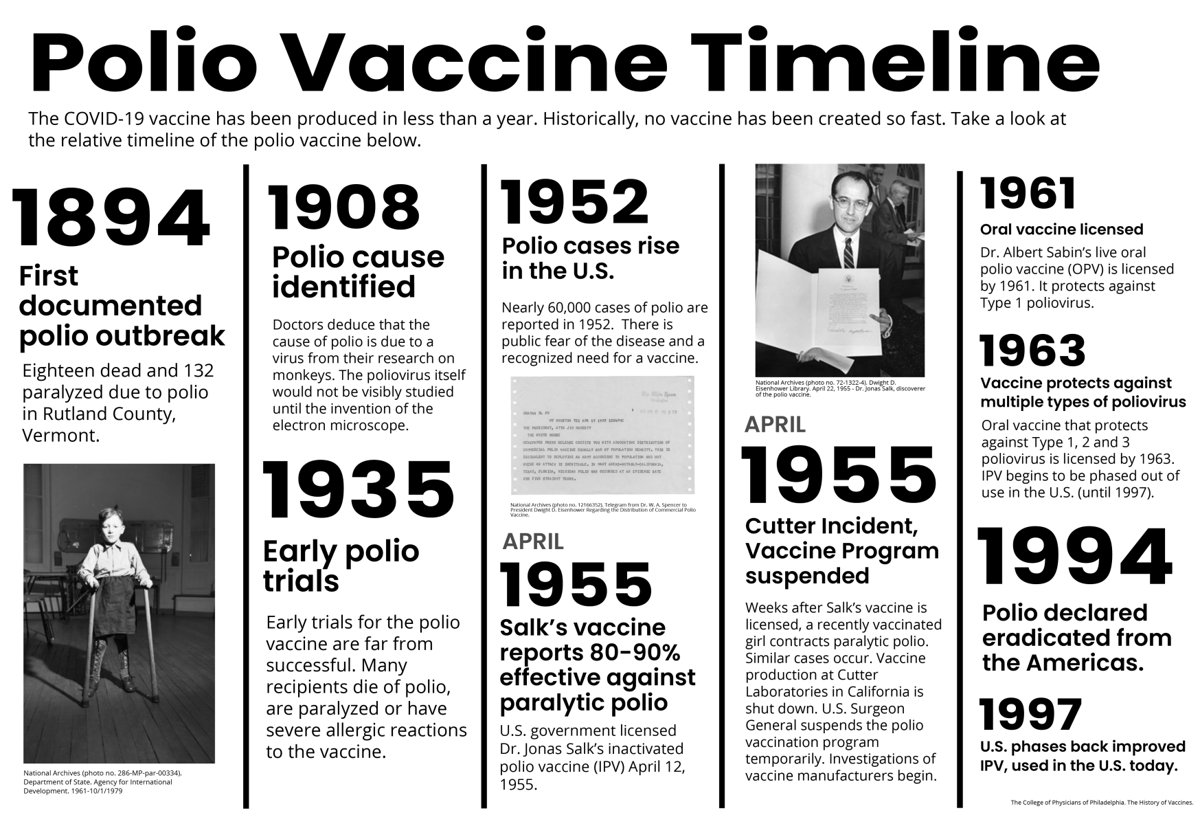