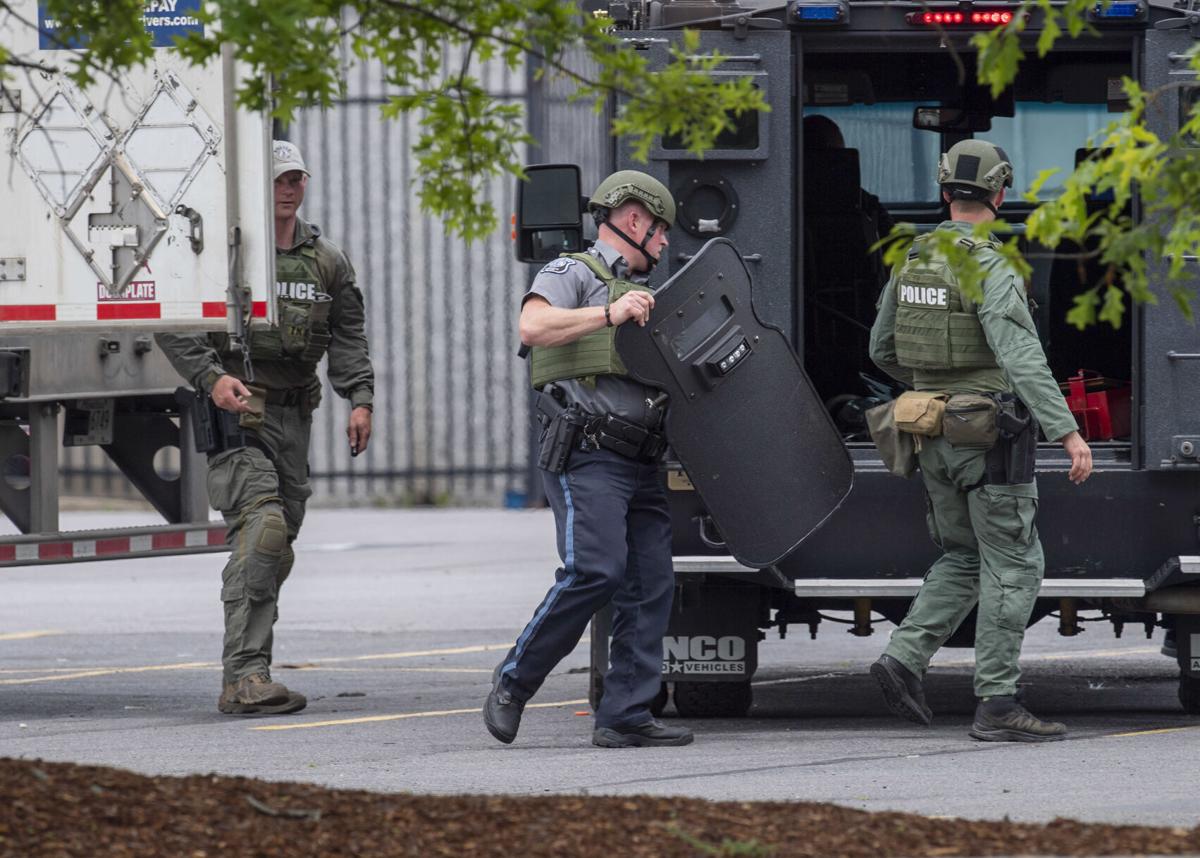 Tactical units stand down after searching a tractor and trailer in a Walmart parking lot in Bristol, Va. on Wednesday 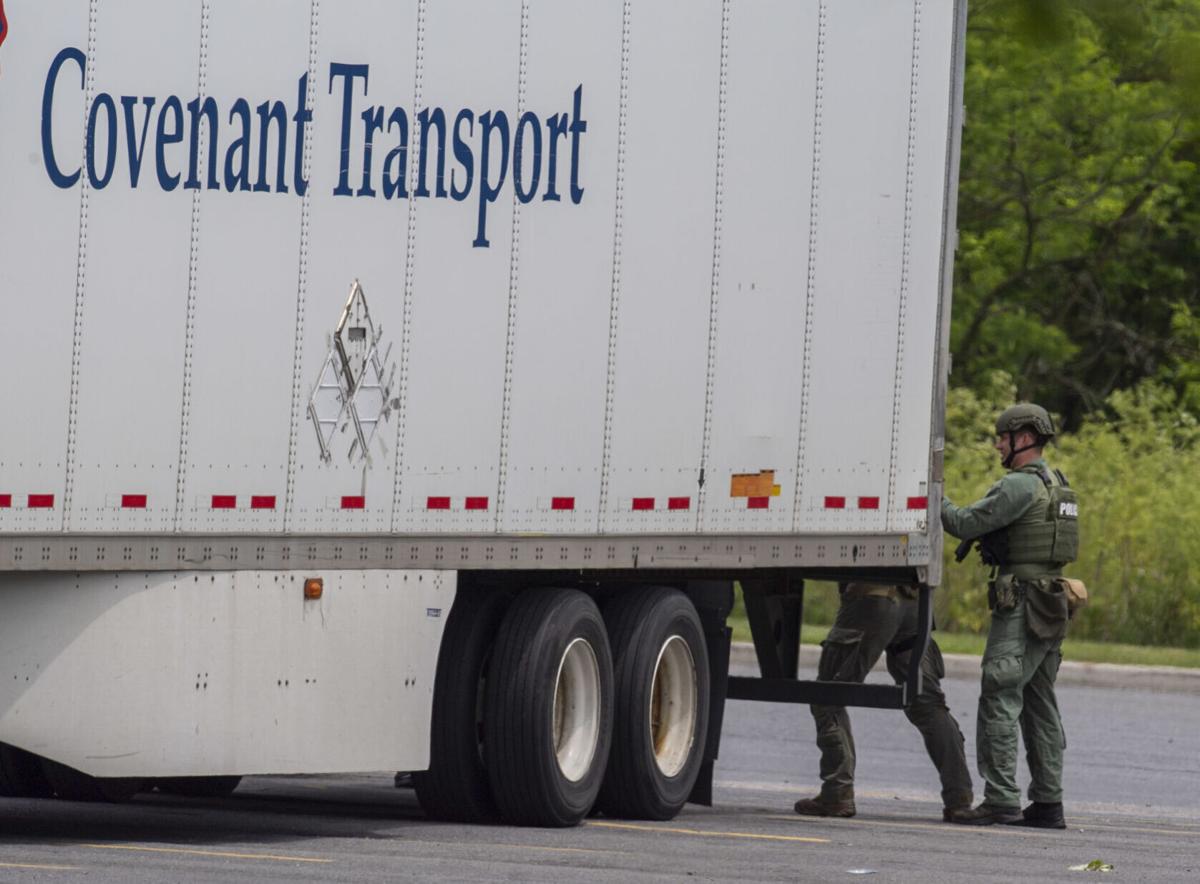 Tactical units search a parked tractor-trailer in a Walmart parking lot in Bristol, Va. on Wednesday. 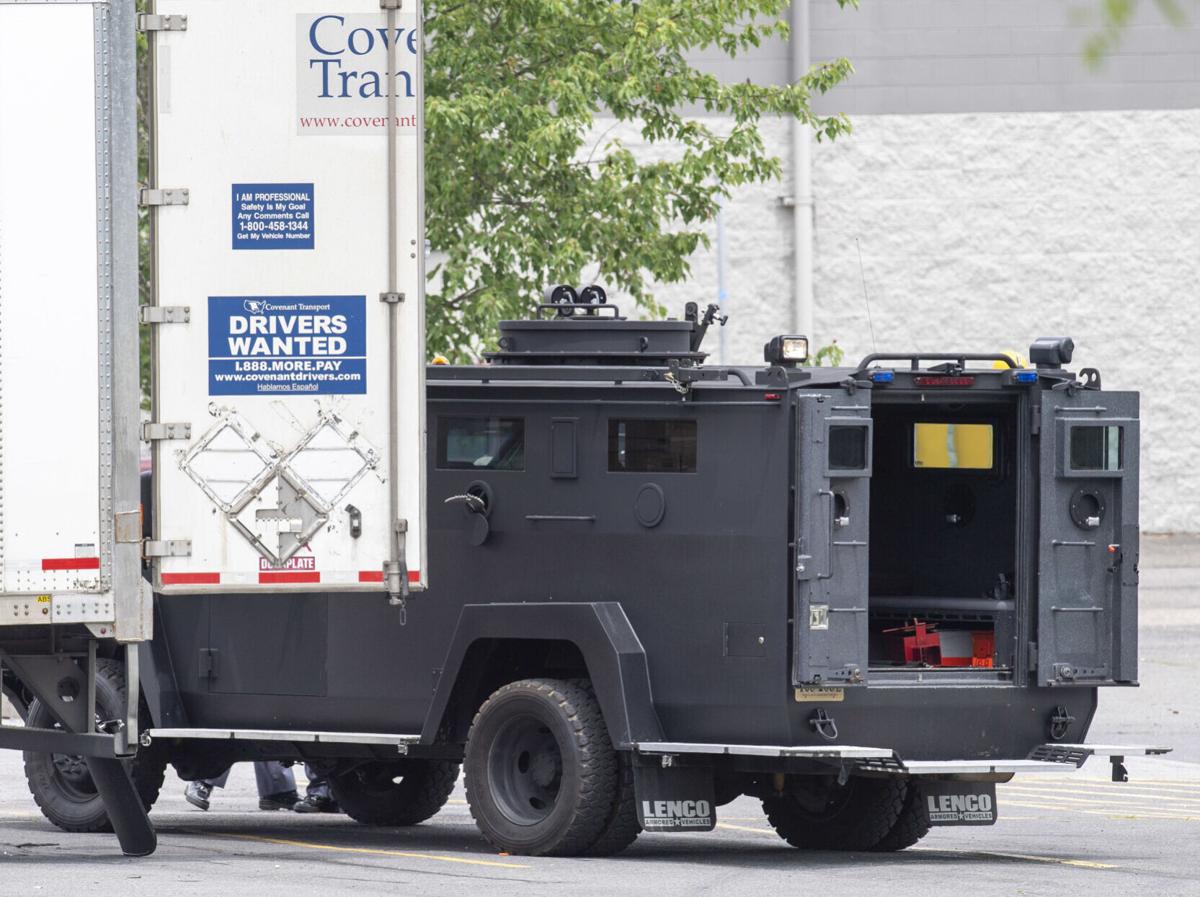 Tactical units search a parked tractor and trailer in the Walmart parking lot in Bristol, Va. on Wednesday. 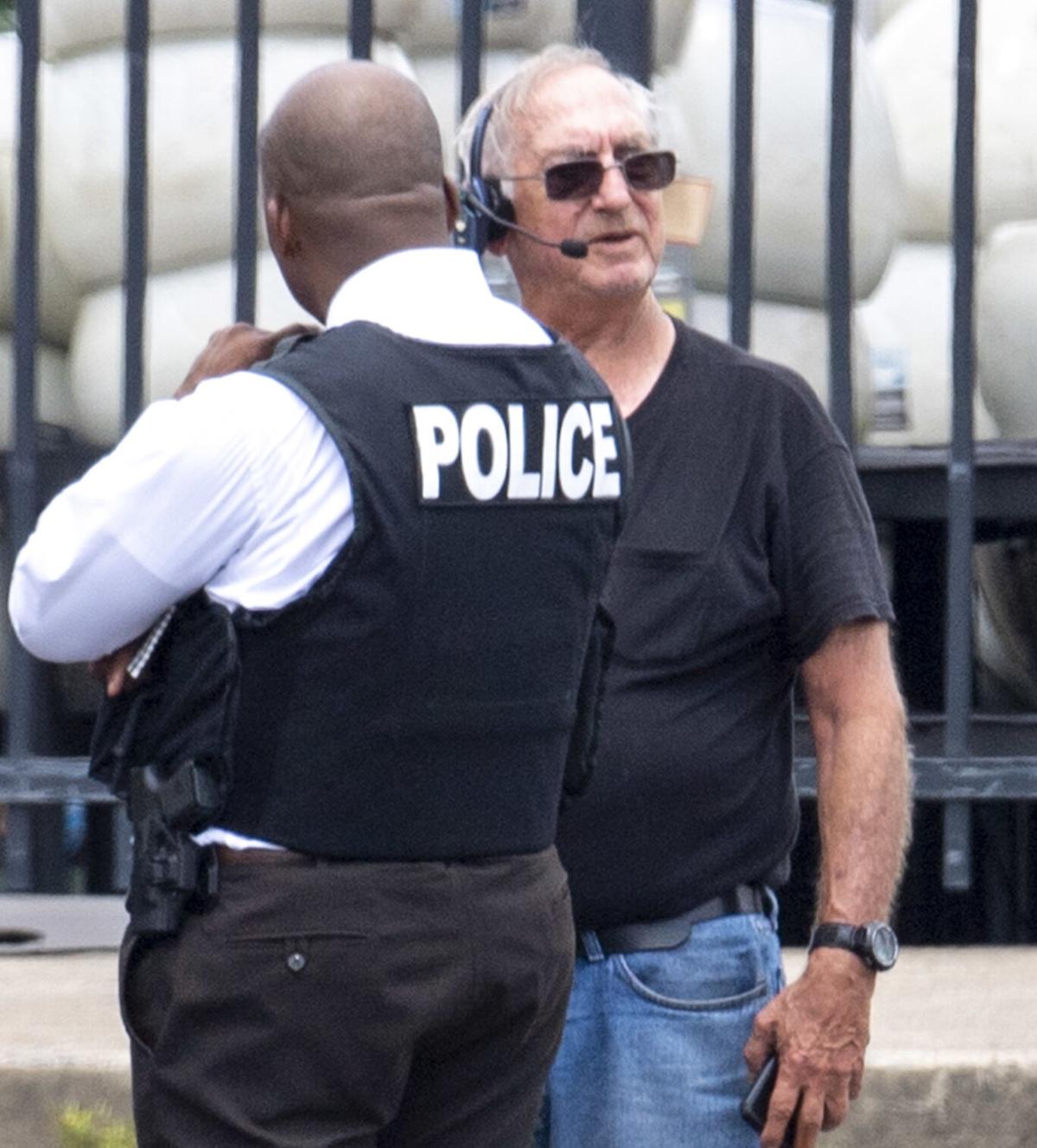 BRISTOL, Va. — A hostage scam aimed at two truck drivers from Florida prompted a heavy police response Wednesday in Bristol, Va. after an officer became suspicious about the men being targeted by scammers.

Officers from the city Police Department, the Virginia State Police, an armored vehicle, a SWAT team and a K-9 responded.

“I feel like sitting down [and] crying,” said Don Lord, driver of the Covenant Transport tractor-trailer, after the situation was resolved.

Lord and his son, Jason Lord, were traveling to York, Pennsylvania, on Tuesday when they received a phone call from Mexico from a person who claimed to be holding Don Lord’s grandson as a hostage.

“They didn’t want any questions,” he said. “They wanted us to do exactly what they said.”

The men, who said they had been in constant communication with the scammers, were directed to drive to a Walmart, seemingly to transfer ransom money to the scammers, Don Lord said.

“We weren’t to have any communication with anybody,” said Don Lord, who has been a trucker for 25 years and was traveling through the area. “You don’t know what kind of technology [the supposed kidnappers] are using or who it is.”

Trooper Wayne Stumbo said he responded to the parking lot twice Wednesday concerning the truck but decided to call for back up the second time when Covenant Transport said they suspected someone might have been held for ransom. Stumbo said Don Lord was acting scared and nervous.

“I just didn’t have a good feeling about it,” Stumbo said when asked why he felt additional officers were needed.

An entrance to the Walmart, near Interstate 81, was also blocked by a Bristol officer and cruiser.

When backup arrived, Ratcliff said, they believed there possibly was a hostage situation occurring at the scene, explaining why police were being careful about how they approached the truck.

The Lords, he said, were on the phone with the suspected hostage-takers for some time after police arrived.

“We had a hard time investigating because we couldn’t get them to tell us anything,” Ratcliff said. “They were too busy talking on the phone.”

“Apparently, they were afraid if they got off the phone, or if the people on the other end were tipped off, that something might happen to their family,” he continued.

Eventually, on-site hostage negotiators spoke to the callers, who admitted they had no hostage and were trying to scam the men, Ratcliff said.

The truck was thoroughly searched by officers and by a K-9 unit, he continued.

After the scene was cleared, Don Lord said he hadn’t talked to his grandson but knew he was safe.

“It was hard on him,” Don Lord said, speaking of his son, Jason. “It was real hard on him.”

“It’s a very isolated incident,” Ratcliff said, adding there was no danger to the public. “They don’t happen often, but they do happen.”

“You can always say you should do this, should do that,” Don Lord said. “That’s good after the fact, but you never know until, you know, what you need to do.”

Although the FBI was notified, Ratcliff said, it will not investigate. The investigation is closed, he added.

Arctic ice is receding 'more quickly than ever'

Arctic ice is receding 'more quickly than ever'

Organizers of the NASCAR series at Winston-Salem’s Bowman Gray Stadium apologized this week after a car with a Confederate flag decal made it onto the track, breaching NASCAR’s ban on the symbol.

From poison ivy to elderberry: A guide to some of N.C.'s most dangerous plants

Some of the plants are native, and some are invasive, having infiltrated the landscape from cultivated specimens. And many of those plants can be quite dangerous — even fatal — to humans and animals (both pets and livestock).

A man was selling catalytic converters in an NC parking lot — across the highway from where they were stolen, authorities said

A 34-year-old Cordova man was shot and killed Wednesday in the presence of his pregnant wife, her 8-year-old son and her 7-year-old daughter.

CHRISTIANSBURG — A now suspended Virginia Tech football player told police he punched a sexual partner five times in the face and stomped on him after discovering the person he thought was a woman was actually a man, according to arguments presented Wednesday in a Montgomery County courtroom.

Black, Latino workers in N.C. had to play 'Russian roulette' during COVID-19. The toll was steep.

"We have an opportunity now, with these data, to really think about these issues," said Giselle Corbie-Smith, director of the UNC Center for Health Equity Research and medical professor at the school. "This pandemic has revealed how important our work environments are."

N.C. plantation: No apology, slams mayor and other critics of Juneteenth event promo

In a lengthy post on the website of the living history museum near Charlotte, site manager Ian Campbell, who noted that he is Black, called out Charlotte Mayor Vi Lyles and other critics of the event. The program was abruptly canceled Friday after the backlash to the event and its promotion.

Nonprofits helped pay to run elections in N.C. in 2020. Should that continue?

A bill in the state Senate would prohibit election officials from accepting private funds, after nonprofit groups helped some counties buy extra pens, face masks and other coronavirus-related equipment, or helped pay poll workers, during the 2020 elections.

An 84-year-old Clemmons woman and another woman from Winston-Salem were found dead Monday as police investigated a violent shooting spree in Winston-Salem.

Tactical units stand down after searching a tractor and trailer in a Walmart parking lot in Bristol, Va. on Wednesday

Tactical units search a parked tractor-trailer in a Walmart parking lot in Bristol, Va. on Wednesday.

Tactical units search a parked tractor and trailer in the Walmart parking lot in Bristol, Va. on Wednesday.