N.C. breweries are joining the Black is Beautiful beer collaboration, but only two in the state are Black-owned
0 comments
Share this
1 of 2 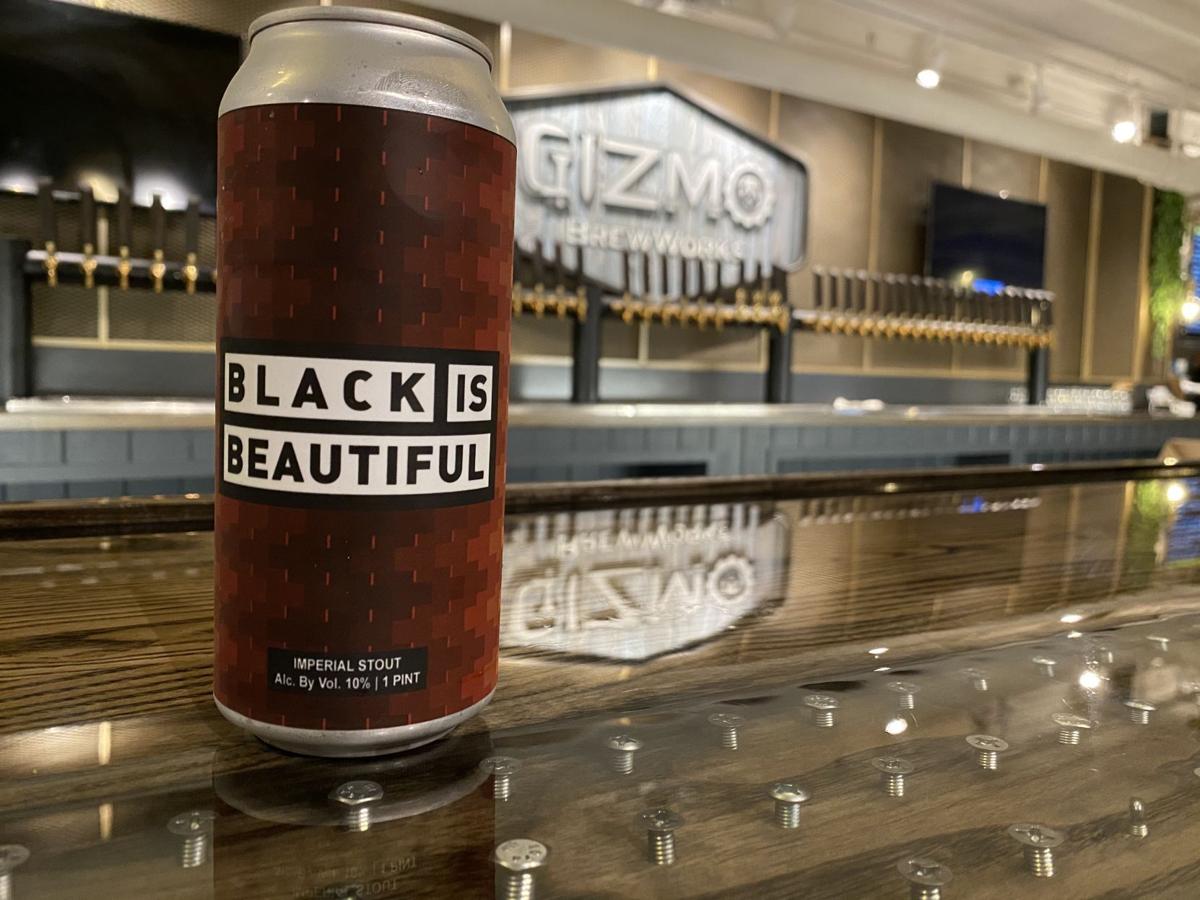 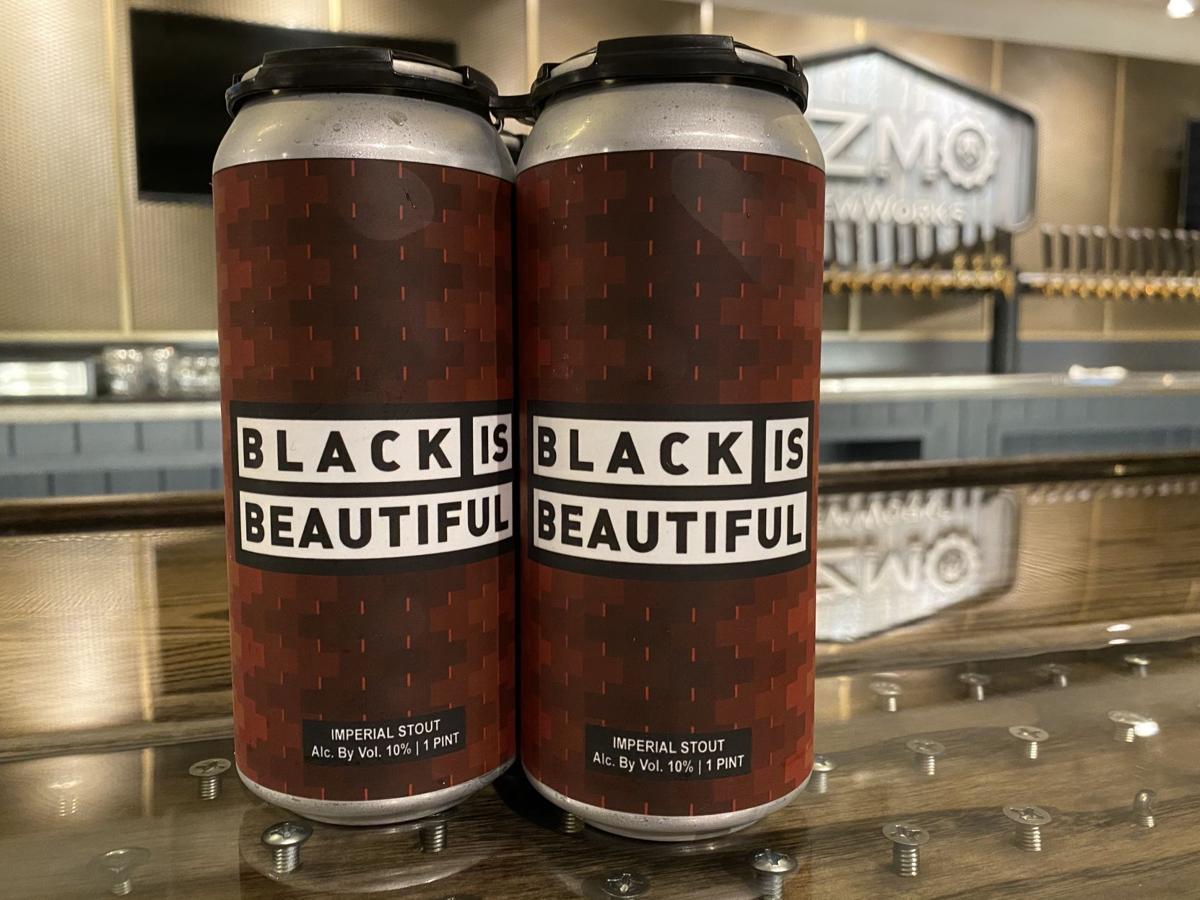 Thirty-nine breweries in North Carolina have joined the Black is Beautiful beer collaboration, which uses a specially branded imperial stout to raise awareness of racial injustice and raise money for organizations that promote equality and inclusion.

But the craft brewing industry itself suffers from a lack of diversity, both statewide and nationally.

Out of the 333 breweries in North Carolina, only two are Black-owned. And craft brewing reports estimate that there are fewer than 50 minority or female-owned breweries around the country.

Weathered Souls Brewing Company in San Antonio, Texas, started the Black is Beautiful collaboration at the beginning of June. It now includes over 1,000 breweries, located in all 50 states and 20 countries.

In addition to donating 100% of the proceeds to a local organization of their choosing, the movement also asks participants to commit to the long-term work of equality in their industry.

“We felt that it was our obligation to speak up for this cause and do something good,” said Joe Walton, head brewer at Gizmo Brew Works. The brewery, which has locations in Raleigh and Chapel Hill, recently joined the Black is Beautiful movement in collaboration with 10 other Triangle breweries.

“We believe that, you know, the force of many together is stronger than just one individual voice,” Walton said. “It just seemed like a no-brainer, especially at a time when division seems so high in this country.”

But the barriers to entry for the craft brewing scene make it difficult for anyone to break into the business, especially underserved populations.

Dirtbag Ales co-owner Vernardo “Tito” Simmons-Valenzuela estimated that the startup costs for a new operation — including equipment, permits and facilities — can run as high as $1 million.

“That in itself is preventing folks from being able to get into the beer industry,” he said.

Simmons-Valenzuela doesn’t actively market Dirtbag Ales as being minority-owned, he said, because he and his co-owners want the quality of their beer to speak for itself. But they do work to create events that help amplify the diversity of Hope Mills, where their brewery is located, and make the space more inclusive for patrons.

“There’s no shortage of diversity in your community,” he said. “I’ve been to plenty of other breweries across the state and I can, for a fact, say that you will not see more brown folks at any other brewery than here.”

East of Raleigh, two Black female brewers are working to bring craft beer to their community and help revitalize its downtown.

In 2018, brewers Celeste Beatty and Briana Brake partnered to create Rocky Mount Brewing, run out of an incubator space near downtown Rocky Mount. Brake owns and brews for her company, Spaceway Brewing. Beatty, who is reportedly the first Black woman to own a brewery in the United States, runs Harlem Brewing Company out of New York.

At their North Carolina operation, Brake currently brews for both Spaceway and Harlem Brewing South under the Rocky Mount Brewing name.

The incubator space allows for brewers to enter communities at a lower startup cost, Beatty said, thanks to the shared equipment and facility — making it one option for brewers looking to break into the craft beer scene.

“There are ways to get involved with the industry in a collaborative way, and still do what you want to do in craft brewing,” she said.

But entering the predominantly white craft beer industry at any level remains a challenge for many. When Eugenia Brown, founder of the brand Beer Chick in Charlotte, received a scholarship from the North Carolina Craft Brewers Guild to attend the North Carolina Craft Brewers Conference last year, she only saw one other Black woman the entire weekend.

“I realized that there really wasn’t a space for minority women in beer, especially Black women,” Brown said.

She added that while a lot of associations talk about the lack of diversity in the beer industry, she “struggled with the lack of action actually being taken.”

“A lot of breweries, especially the smaller ones, they don’t really have a structured onboarding process or plan,” she said. “So, as it relates to hiring people, it’s usually through word of mouth or who you know. So, if the people behind the bar of taprooms are already not very diverse, then you’re really limiting what your candidate pool is.”

Richard Greene, executive director of the N.C. Craft Brewers Guild, said that the organization works to help expose people of color to craft brewing. In addition to its conference scholarship, Greene added that the Guild’s code of ethics for N.C. brewers centers around commitments to excellence, high quality and respect for all people.

“I think it’s built into the framework of what we do,” he said. “We need to continue to sharpen the saw — like everybody in society — to make sure that, when we look at who’s represented, people are fairly and equally represented.”

Walton, who is on the board of directors at the N.C. Craft Brewers Guild, said that work has been done at the state and national level to facilitate a culture of inclusion and promote diversity within the industry.

“Unfortunately, the reality is that we’re a predominantly white male populated industry,” he said. “However, I’ve been a part of this community for six years, and the culture is the polar opposite of what you would expect when you hear that.”

Walton estimates that Gizmo will be able to donate $20,000 in proceeds from their Black is Beautiful beer to their chosen organization, the ACLU of North Carolina.

Black is Beautiful is “an amazing initiative within itself, and a great conversation starter,” Brown said. “But I think we have to realize that the work can’t stop there.”

The NC News Intern Corps is a program of the NC Local News Workshop, funded by the North Carolina Local News Lab Fund and housed at Elon University’s School of Communications.

People have wondered over the internet whether the event happened, which may have been in violation of the governor's coronavirus restrictions.

According to the State Board of Elections, Guilford and two other large counties were unable to complete their recounts on Wednesday.

BURLINGTON, N.C. (AP) — Police in North Carolina say a woman was arrested and charged with striking another woman with a baseball bat at a Walmart.

"Every year, we carve out time to do the turkey pardon. It's one of my favorite traditions," he said.

Aidan Melton has been volunteering since he was 5 because, his mother said, it "devastated him to think" some kids wouldn't get toys for Christmas.