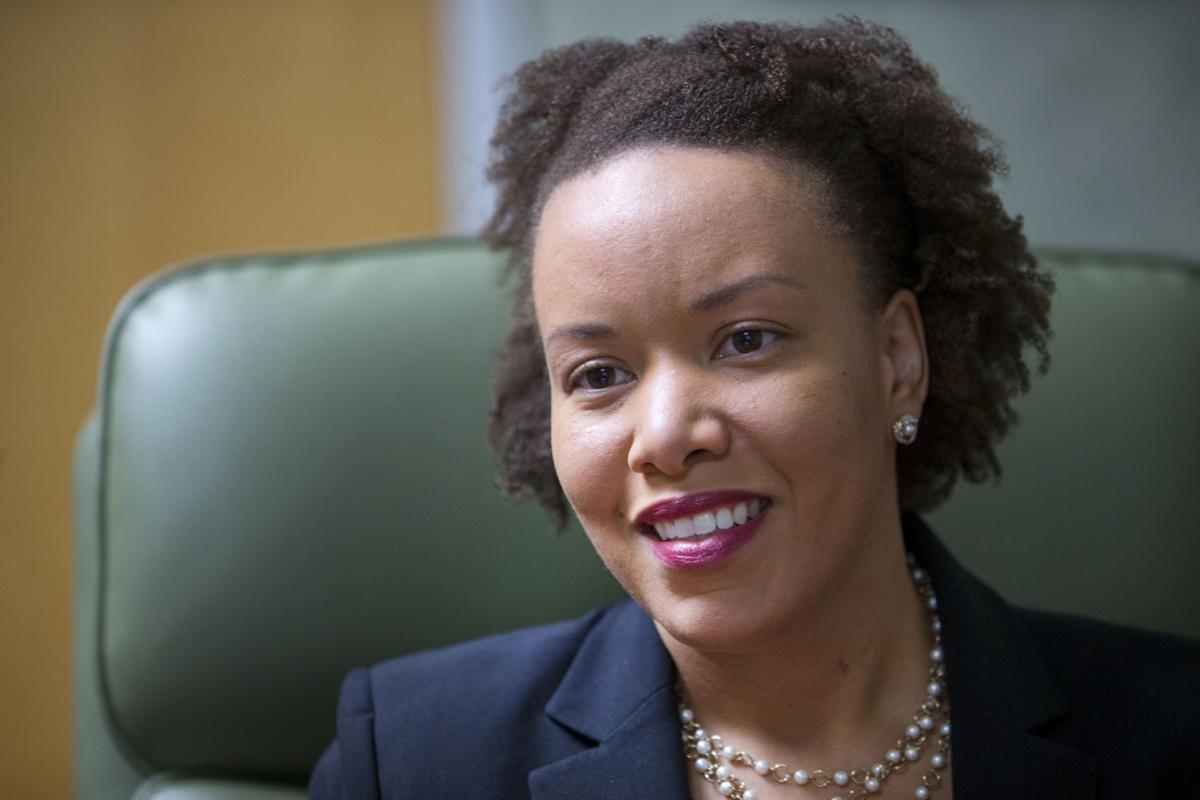 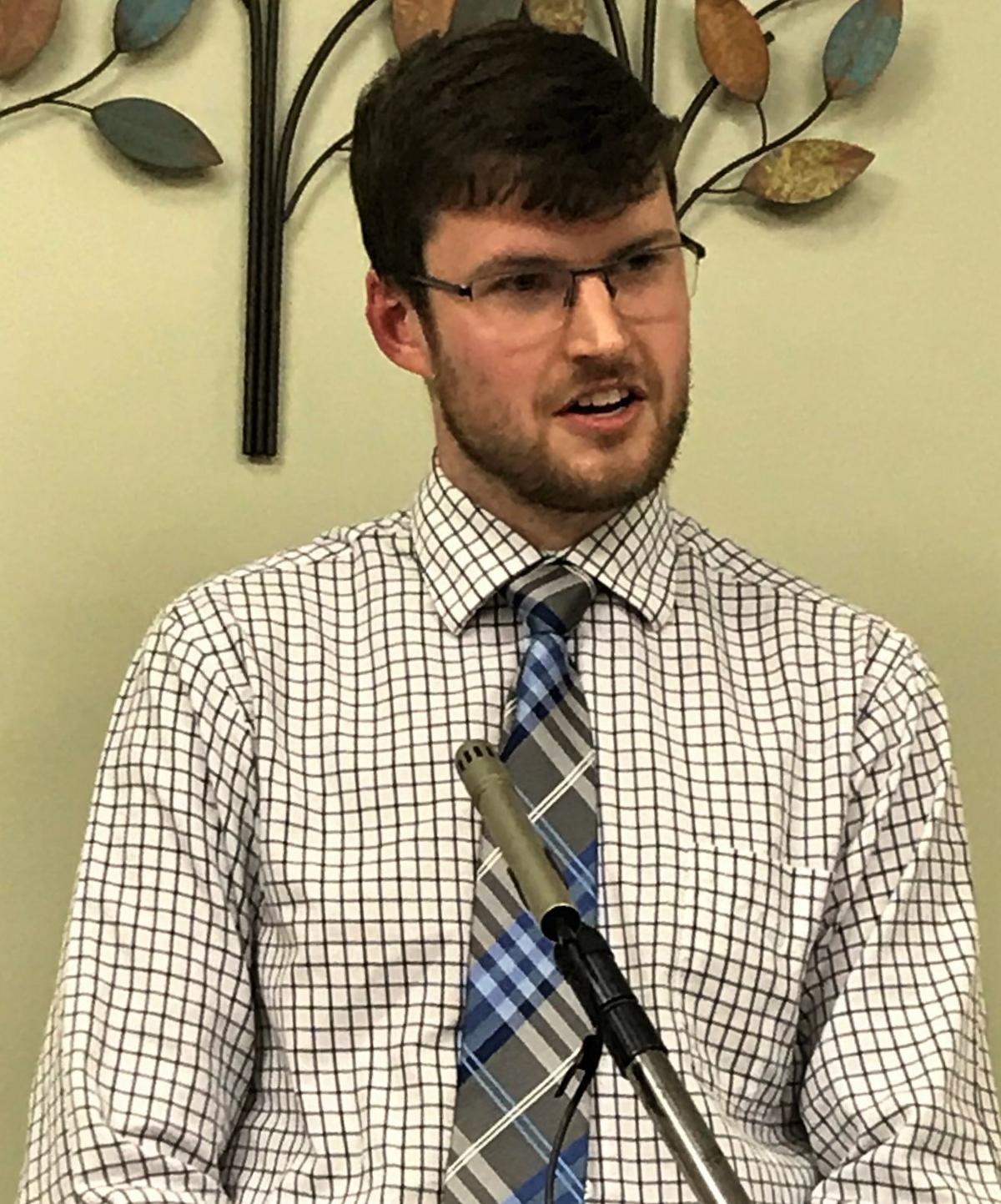 UNC medical student Caleb Smith of Sandy Ridge speaks about his plans to eventually practice family medicine in a rural N.C. community like his home town.

Weston, 37, cited personal reasons for her departure, according to Myla Barnhardt, the hospital's director of marketing and public relations.

Tapped to lead the former Morehead Memorial Hospital in late 2015, Weston headed the rural hospital’s transition to the UNC Health Care system in 2018. The move came after Morehead filed for Chapter 11 bankruptcy and UNC Health Care's early 2018 purchase of the facility.

Neither UNC Interim Chancellor Kevin Guskiewicz or hospital administrators discussed Weston's departure during a hospital press conference on Friday. They instead focused on bolstering rural health care in Rockingham County.

" ... Across the state there are many struggling rural hospitals," Brown said. "We hope what you learn here today will help you be a voice for millions of North Carolinians who depend on health care in their rural community."

Dr. Wesley Burks, dean of the UNC Medical School and CEO of UNC Health Care, helped lead the meeting, part of a bus tour of the state's rural areas by university administrators from various disciplines.

Rockingham County is among the state's 70 rural counties. And North Carolina is second only to Texas for the largest number of people living in rural communities where health care options are often scarce.

In an effort to attract doctors to rural practice and family medicine, UNC has spearheaded programs to recruit and prepare students from Rockingham County to become such providers, Burks said.

"So there is a real appetite for that student engagement,'' said the medical school's Dr. Cristy Page, explaining that statistics show students who are provided opportunities to practice in their home communities tend to stay.

"This is personal to me in that I am a North Carolinian through and through,'' Page said. "Somewhere along the way the commitment to make a difference in rural and underserved areas of our state has become woven into who I am."

Caleb Smith, a medical student from the rural Sandy Ridge community in neighboring Stokes County, said the health care program gave him a chance to reflect on the need he witnessed in his childhood.

"I remember driving (grandparents) an hour to a doctor's appointment, or my grandfather having to ride 45 minutes in an ambulance after he had a heart attack,'' Smith said. "I thought about what an amazing calling it would be to go back and serve a community just like the one I grew up in.''

After the press conference, several administrators chatted quietly about Weston's exit. Considered a standout leader throughout Rockingham County and the health care industry across the Southeast, Weston won several awards during her tenure in Eden.

Named one of Triad Business Journal’s most admired CEOs of 2019, Weston was selected by the National Association of Health Service Executives as Healthcare Executive of the Year in 2018.

Before taking the helm at Morehead, Weston spent nearly eight years working for Novant Health Shared Services in various administrative roles. She was also the director of operations for Adept Health, a consultancy firm offshoot of Novant.

A native of St. Louis, the Emory University graduate received her master’s degree in health care administration from UNC-Chapel Hill.

In July, Weston told Business North Carolina that UNC Rockingham was still in the integration phase with UNC Health Care.

“Simply being acquired by a large health system does not mean you are safe and out of the woods. So keeping UNC Rockingham off the list of hospital closures remains my priority,” Weston told the magazine’s Stephen McCollum. “If you had asked me what’s next five years ago, I wouldn’t have said CEO and I wouldn’t have said CEO of a struggling rural hospital. I feel like I was brought here for a reason, a purpose, and while we’re closer to that being achieved, we’re not there yet. The goal remains the same: to figure out what model for UNC Rockingham is sustainable.”

Following the news of Weston’s resignation, Eden Mayor Neville Hall said Weston had always been a vocal supporter of Eden in her ventures across the state.

“She has embraced being a member of the community as long as she’s been here and the community has definitely embraced her as a resident,” said Hall. “We are proud of the work she did with the hospital and with her involvement in other community activities.”

Weston is chairman of Eden’s strategic planning committee and also served on the local United Way board.

Weston was appointed to Cardinal Innovation Healthcare’s board of directors in 2018.

She was chosen after the board’s 2018 shakeup and joined shortly after Rockingham County Commissioner and current Cardinal board member Keith Duncan was appointed.

The two are the only Rockingham County residents ever appointed to the managed care organization, which administrates Medicaid of North Carolina.

In a statement, Cardinal, which presides over 20 N.C. counties, said Weston is leaving the area, as well as her hospital post.

“She no longer fulfills the (board’s) statutory requirement of a hospital administrator and will be leaving Cardinal’s Board of Directors,” said the statement. “We thank Dana for her service and wish her well.”

After parents die together hand in hand, N.C. man warns all to take COVID-19 seriously

After his parents died of COVID-19 together in a hospital, a North Carolina man issued a dire warning about COVID-19, the disease caused by th…

As a bear lurked, hikers found a man's remains scattered near a campsite in the North Carolina portion of Great Smoky Mountains National Park …

Did he do it? New documentary series re-examines the Jeffrey MacDonald murder case.

The FX documentary series "A Wilderness of Error," premiering on FX on Sept. 25, is based on a book by acclaimed true crime filmmaker Errol Morris.

Freed after 44 years, Ronnie Long copes with an alien world

CHARLOTTE — The toll of losing 44 years of his life surfaces when Ronnie Long is asked to describe his first days of freedom.

RALEIGH — North Carolina has added a third option for voters to track their absentee mail-in ballot.

‘The mystery is over’: What happened to ‘Lost Colony’

BUXTON, N.C. — The English colonists who settled the so-called Lost Colony before disappearing from history simply went to live with their nat…

Lured to U.S. at 16, she sought visa for trafficking victims. Now she may be deported.

She was trafficked into the country as a Peruvian teenager, locked away in virtual indentured servitude for six years before she escaped. Now …

The good news is that, by the mid-term elections of 2018, the polling mistakes of 2016 were being tended to. Amid a record turnout for an off-year election, the polls "basically got it right," says Amy Walter, national editor of the Cook Political Report.

UNC medical student Caleb Smith of Sandy Ridge speaks about his plans to eventually practice family medicine in a rural N.C. community like his home town.