APRIL 26, 1931 - AUGUST 30, 2020 "Good bye, Mr. Chips" I do not know if Murray was called to be with his savior; I want to think so and that he was welcomed by those he loved who went before him. What I do know is that for almost all of his life, he cared for and taught others. His kindness and wisdom are his legacy, and they are still there in the minds and hearts of so many. Murray was born in the spring of 1931 in Milwaukee, Wisconsin as Dennis Marc, son of Harvey and Marguerite Prunty Arndt. His childhood was happy, and he felt called to share this happiness and his faith with others. He entered the Seminary of the Society of the Divine Saviors when he was 14, was ordained a priest when he was 27, and stayed in this priesthood until he was 39. Active in the civil rights movement, during the 60's he grew troubled, also, by certain church practices, including being charged with giving homilies about the need for monitory contributions. This did not diminish his faith, but it became too much a burden for him to continue, and in 1967 he sought dispensation from the priesthood. In 1969, he married Frances Cole and was blessed with a child, Emily Kathleen Arndt, in 1971. Murray Arndt received his Ph.D. in American literature from Duke University. In 1970, he joined the English Department at the University of North Carolina at Greensboro, where he taught for more than thirty years. For much of that time, he served as teacher and director of Warren Ashby Residential College, the oldest residential college in North Carolina. In 2015, he gave the university convocation address for mid-year graduates at Aycock Auditorium. Though no longer a priest ("your courses are non-doctrinal, Dr. Arndt"), he taught from the head and heart and gave many students at UNCG a sense of joy and a commitment to think for themselves. Besides teaching courses on writing and his beloved 20th c. poetry, he taught courses on the Bible as literature, epic, romance, and poetry. One of his favorite classes was called "Grail Literature," which included many works not usually seen as religious, such as The Old Man and the Sea and films like Bagdad Café. His colleagues recognized him with the Teacher's Excellence Award in 1983, and he reciprocated with a short talk about Loren Eiseley's essay "The Star Thrower" that many who heard it still remember. A gifted athlete, he enjoyed sports and games of all kinds. He played point guard, quarterback, and third base in high school and was an excellent golfer all his life. His parents predeceased him as did his sister Cora Mollen and her husband, his friend Roy Mollen. Most of all he mourned the death of his daughter, Emily Arndt, of cancer in 2007. He does not so much leave behind his wife of almost 52 years, his son-in law Michael Smith, his grandchildren Virginia and Langston Arndt Smith, and many friends and students, as he continues to live in them. He is survived, also, by his sister and her husband, Terrie and Ralph Bormet of Orlando, Florida, his brother-in-law, Charles Cole, and Charles' wife, Anne; his nieces and nephews Anne, Dave, Melissa, Jacob, Mary Katherine, Lauren and David; and his great-nephews and nieces, Cora, Ayla, Taylor, Teryn, Jack, and Murray. We will miss seeing him, but we will all keep him with us. Forbis and Dick Guilford Chapel is serving the family and online condolences may be offered at www.forbisanddick.com. 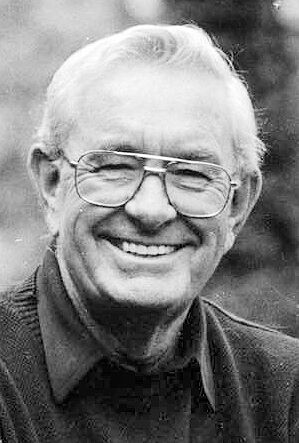