Nancie Crabb passed away August 6, 2020. A Florida native born and raised in St. Petersburg, Nancie graduated from St. Petersburg High School, and attended Rollins College. She lived in Jacksonville, Florida over thirty years. Nancie was elected to the City Council of Jacksonville (1975 and 1979), where she was appointed Floor Leader for two years, served as Chair of the Urban Affairs/Land Use Committee, and Vice Chair of the Finance Committee along with her other council duties. Nancie was very active in political and community affairs throughout her life. She served as President of the Florida Regional Planning Councils Association, President and Board member of the Florida Counties Association, Zoning Board for two terms, Housing and Urban Development Board, Board of League of Women Voters, member of Junior Woman's Club and Jacksonville PanHellenic Association as the Phi Mu representative. After running unsuccessfully for the Florida Senate, she left Jacksonville for a time to live in Aspen, CO where she learned to ski, hike, camp, and to live in sub-zero winters, overcoming Acrophobia in the process. Her desire to serve her community continued as she assisted people there serving on City boards and Commissions. Following the years in Aspen, she drove a round-trip to Alaska, lived in San Francisco and later moved back east to Virginia to be closer to her children. Nancie had a love of travel and over the years she had been over 60 countries on 6 of the 7 continents. She had met with people from all segments of populations and studied their ways of living through intensive educational trips and independent travel. Nancie moved to Fernandina Beach in 2001, and consistent with her love of life and desire to give back to her community, she continued this emphasis there. She served as President of the Newcomers Club of Amelia Island also, serving as their webmaster, completed a year-long commitment in Leadership Nassau, supported the Nassau Volunteer Center, and was appointed by the Fernandina Beach City Council to the Airport Advisory Commission along with serving on other short term study groups concerning special projects in Fernandina Beach. Her careers included a graphic design business, teaching computer applications, and home remodeling. She loved bicycling, walking, kayaking, playing competitive bridge, and being with her family. After battling Alzheimer's for the past four years, Nancie passed peacefully in her sleep Thursday evening, surrounded by family. Nancie is survived by her two daughters: Karen Foster and husband Michael in Greensboro, NC and Robyn Burdett and husband Robert in Reston, VA; her four grandchildren: Courtney Foster (Mat) in Newport Pagnell, England, Grady Foster in Chandler, AZ, Casey Foster in Raleigh, NC and Samantha Burdett in Lowell, MA. Nancie had 3 sisters, Evelyn Swope (deceased), Helen Godwin Jacksonville, FL and Gloria Lobnitz (Ed) Waynesville, NC. There will be no service and in lieu of flowers or gifts please provide donations to the Alzheimer's association in her memory. 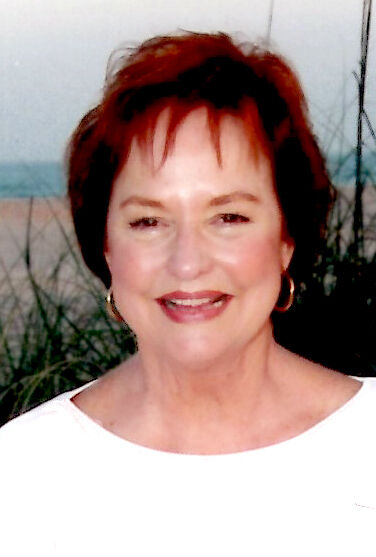