Deborah "Debbie" Lynn Engnell, 68, passed away at home peacefully with her loving husband and soulmate at her side on Tuesday, August 4th, 2020. She was born on November 13th, 1951 in Moline, Illinois to Bernard Lyle Voltz and DeLee Maxine Hickey Voltz, the firstborn of their three daughters. After graduating high school, she attended Marquette University. Not long after, she met Gary Engnell. From their first date forward, they were always together. They married in 1978 and had 42 years together. In 1979, they welcomed twin daughters and in 1982 they completed the family with their third daughter. In 1990, Debbie and Gary along with their daughters moved to Jamestown, North Carolina. Debbie had many talents, roles, and careers throughout her life. She became a real estate agent, computer engineer and trainer, freelance writer, and volunteer for animal rescues and cancer survivor support. Of all her roles, she loved being a wife, mother, and grandmother the most. She loved her husband with all her heart and they shared a bond that could be written in a fairytale. They shared so many common hobbies and interests like cheering on the Carolina Hurricanes and the Chicago Cubs. They were partners in every part of their life together. She raised three incredibly unique, strong, intelligent, and independent daughters. She supported them fiercely with every dream, and goal they had, even if it caused her worry or fear. She always wanted them to be their own person and would tell anyone who would listen how proud she was of them. Her greatest pride and joy were her three grandsons who will be left with memories of playing video games with her, all the cool toys and candy she would bring at each visit, and her big loving bear hugs. She also had three fur baby dogs that were like her children after her and Gary had an empty nest. Debbie will forever be remembered for her ability to make others feel welcomed, loved, and supported. She believed there was no such thing as other people's children and invited many into our family as they were her own. She was a true friend who who listen with empathy and never judged them. She had a gift for holding space for those who were struggling, which was especially seen through her volunteer work mentoring other cancer survivors. Debbie is survived by her husband, Gary, her daughters Jennifer Majors(and husband Todd Majors), Meaghann Engnell, and Rebeccah Luis(and husband Jermery Luis), her Grandsons Logan, Reed, and Noah Majors, her sisters Beth Zigrossi and Patti Dvorak, and numerous beloved nieces and nephews. Lastly she is survived by her fur babies Toby, Wrigley, and Rusty. A celebration of her life will be planned at a later date. In lieu of flowers, she would be so happy to have memorial donations made to any of the following charities that were near and dear to her heart: Liberty humane society, 235 Jersey City Blvd. Jersey City, NY 07305; Tubie Friends, PO Box 13824 Mill Creek, WA 98682; The Magic Foundation, 4200 Cantera Dr. #106 Warrenville, IL 60555 or Cancer Guideposts of Strength, PO Box 5236 High Point, NC 27262. Online condolences can be made at www.haneslineberryfhsedgefield.com 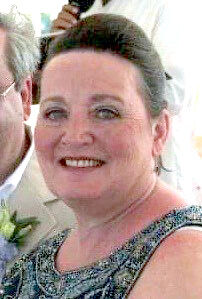