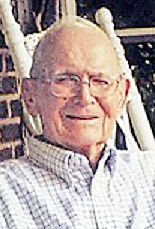 DECEMBER 5, 1929 - NOVEMBER 23, 2019 GREENSBORO Lt. Col. Philip Randolph Gorham, USMC Retired, died on November 23, 2019. A memorial service will be held at 2 p.m. on Tuesday, November 26, 2019 at College Place United Methodist Church. The family will receive friends at a reception following the service at the church. Philip was born on a farm in Edgecombe County, NC to the late Minnie C. Johnson Gorham and Charles Henry Gorham. He was the last survivor of their ten children 4 girls and 6 boys. He was a graduate of Whitakers High School, Whitakers, NC and East Carolina Teachers College (now East Carolina University). While at ECU, Philip joined the North Carolina National Guard in Greenville, NC. After a while, a Marine Corps recruiter came to ECU and explained to Philip how he could get a commission in the Marine Corps upon graduation by attending the Platoon Leader Course at Quantico, VA. He joined up and upon graduating got his commission as a 2nd lieutenant in the Marine Corps. He went on active duty during the Korean crisis. At the conclusion of his tour, he came to Greensboro, NC, where he continued his Marine Corps time by joining the local organized unit, first serving as a platoon leader and later as the commanding officer of the 85th Rifle Company during the Cuban missile crisis. After this tour was up, he spent the remainder of his tour in the staff corps in Charlotte, NC. After active duty, Philip came to Greensboro and was employed by Burlington Industries. He later entered the trucking industry, becoming terminal manager in Greensboro and Fayetteville. Philip attended GTCC, taking their first course in constructive estimating. He subsequently formed his own company, Guilford Remodelers and Woodworkers, which he operated for 25 years. Philip is survived by his wife, Dana Phipps Gorham, children Jane Griffin (Ron), Charles Gorham, Mark Gorham (Michele) of Greensboro, Gail Busch (Chuck) of Punta Gorda, Florida and Dana's son, Bobby Ray Gorham (Aida) of Hawaii. He is also survived by 5 grandchildren, 2 great-grandchildren and his precious cat, Fiesta. In lieu of flowers, the family suggests a gift to the donor's favorite charity or to the Marine Corps "Toys for Tots" campaign. Forbis and Dick Guilford Chapel is assisting the Gorham family and online condolences may be offered at www.forbisanddick.com.