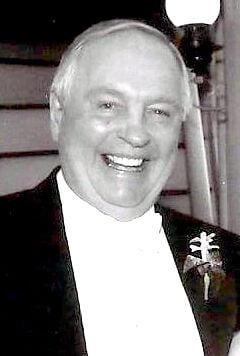 OCTOBER 16, 1928 - JULY 24, 2020 George Herman Pierson, Jr., M.D., passed away peacefully at his home in Greensboro, N.C. on Friday, July 24, 2020. George, a native son of Charleston, West Virginia, was 91 years old, and he is survived by his wife, Betty Mitchem Pierson; his three children: George Herman Pierson III, Valerie Pierson Gammage, and Holly Pierson; his daughter-in-law, Kalyn Campbell Pierson; his son-in-law, John Combs Gammage, Jr.; his three grandchildren, George Herman Pierson IV ("Bo"), Pierson Elizabeth Gammage, and John Combs Gammage III ("Jack"); and four great grandchildren, Carolina Pierson, George Herman Pierson V, Declan Pierson, and Elizabeth Pierson ("Lizzie"). George was a proud alumnus of Washington & Lee University (Class of 1950), where he played on the college basketball team. He then attended Duke Medical School (Class of 1954). After serving two years in the U.S. Air Force, George returned to West Virginia to practice general medicine until 1968, when he entered the radiology residency program at the University of North Carolina at Chapel Hill. In 1972, George and Betty moved the family to Greensboro, and he joined Greensboro Radiology, where he practiced a profession he loved with colleagues he enjoyed and respected until he retired in 1996. Upon his retirement, Greensboro Radiology established an award in George's name to annually reward the department member who showed the most compassion to patients. George was a long-time member of Community in Christ Presbyterian Church in Greensboro, and he served over the years in various leadership positions there. He loved to sing, especially the old hymns. He also served as the volunteer coach of CIC's church league basketball team, where he mentored and coached many. Everyone who knew George knew his love of politics. He was a lifelong Republican and served as the Republican precinct chairman for the Clay district for several years. He felt passionately about America and was a dedicated and compassionate conservative. George was blessed with the greatest friends. He was a rare and bright light who gave generously of his time, knowledge, and friendship to many. He will be remembered for his infectious smile and booming laugh, his quick wit, his kindness and grace to others, and his deep and unwavering gratitude for the many blessing his long, robust, and happy life bestowed upon him, his family, and his friends. In light of Covid 19, the celebration of George's life is postponed until it is safe to have it. Please visit George's tribute page at www.forbisanddick.com for information about services, memorial donations, and to share photos and remembrances.

To plant a tree in memory of Pierson Jr. M.D. George Herman as a living tribute, please visit Tribute Store.
+1
Plant a tree
+1