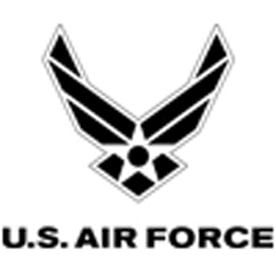 Greensboro Dr. Thomas Edgar Sikes. Jr. died November 5, 2015. A native of Greensboro, he graduated from Greensboro Sr. High School (now Grimsley), attended University at Chapel Hill, and graduated from the University of Maryland Dental School. He did his internship and residency at Johns Hopkins Hospital in Baltimore, MD and practiced Oral Surgery for 40 years in Greensboro. He served 2 years in the Air Force during the Korean War as head of the Oral Surgery Department at McDill Air Force Base in Tampa, FL He was a proponent of community service, believing that everyone should give back to his community. Before he contracted Parkinson's disease in 2004, he was very active in different organizations.He sang in the church choir at West Market St United Methodist Church for 60 years, served on the Guilford County Board of Health for 8 years, and was chairman for 2 years. He was a volunteer with the Boy Scouts and received the Order of the Arrow, Silver Beaver and the South Eastern recognition with the Silver Antelope award. He attended two U.S. National Jamborees, and one international Jamboree in Norway. He volunteered in the Department of Archives at the Greensboro Historical Museum for 10 years, and was a member of the Board of Trustees and later served as President. He was listed in the 15th edition of Who's Who in the U.S. Southeast. He was also a member of the Sons of the Confederate Veterans, and enjoyed the many field trips he took with the group to Civil War Battlefields.Dr. Sikes was a charter member of the Gate City Kiwanis Club and held perfect attendance for over 53 years, and served as president in 1963 and later as third District Lt. Governor of Kiwanis, and was presented the George F. Hixson Fellowship award. He was past president of the Southeastern Society of Oral Surgeons, Guilford County Dental Society, past president of the Guilford Wildlife Club, and head of the dental services at Wesley Long and Cone Hospitals during his practice. He was a faculty member at GTCC where he taught Pathology and head and neck anatomy for 6 years. He was a former member of the Euterpe Club, and the Greensboro Jaycees, and also the Capital Investment Club. He held memberships in Greensboro Country Club and High Meadows Country Club at Roaring Gap, N.C.He was preceded in death by his parents, Dr. and Mrs. T.E. Sikes (Clio) and his brother, Lyndon Sikes of Anchorage, Alaska. He is survived by his wife, Betty Gale (Edwards) Sikes; daughter, Gale Sikes of San Francisco, CA; sons, Tom Sikes and his wife, Eva Yoder, of Big Island, VA; Nathan Sikes and his wife, Donna, of Summerfield, NC; grandchildren, Ian Sikes of Richmond, VA; Lee Sikes of Roanoke, VA; Jonathan Sikes of Greensboro, NC; Alex Sikes of Summerfield, NC, and Rebekah Sikes of Greensboro, NC; and 2 great granddaughters, Nora Leigh Sikes and Callie Marie Sikes of Greensboro, NC. He is also survived by his sister, Ms. Rhea Sikes of Washington Island, WI and his step mother, Mrs. Mary Ann Sikes of Greensboro, N.C.The funeral will be held Saturday afternoon, November 7, at 1:30 PM, at West Market Street United Methodist Church, 302 West Market St, Greensboro, NC. Visitation will take place immediately after the funeral at the church in the Gathering Space. The family would like to thank ComfortCare for their excellent care in recent years, and also the Wellness Center at White Stone and all of their aides for their many kindnesses, compassion, and care as well. A special thanks goes to his good friend, Emerson Spivey, who brightened up many days during his lengthy illness.In lieu of flowers, the family suggests memorials be made to: The Old North State Boy Scout Council, P.O. Box 29046, Greensboro, N.C. 27429-9046 or to the Music Department at West Market St. United Methodist Church, P.O. Box 870, Greensboro, N.C. 27402-0870.Hanes Lineberry North Elm Chapel is assisting the Sikes family. Online condolences may be made at www.haneslineberryfuneralhomes.com

Add an entry as anonymous

Betty Gale and Family, Ed has always been one of my major Boy Scout Mentors. He represented what Boy Scouts was all about, on his Honor to do his Duty to God and Country and to obey the Scout Law at all times. One of my finest honors in scouting was when I was able to present him as Honorary Eagle Scout of the Year in Honor of all the Eagle Scouts that received their Eagle award that year. It's hard for me to not think of Scouting without thinking of Ed. It's with great sympathy that Maxie and I send this message. Rudy Hinshaw