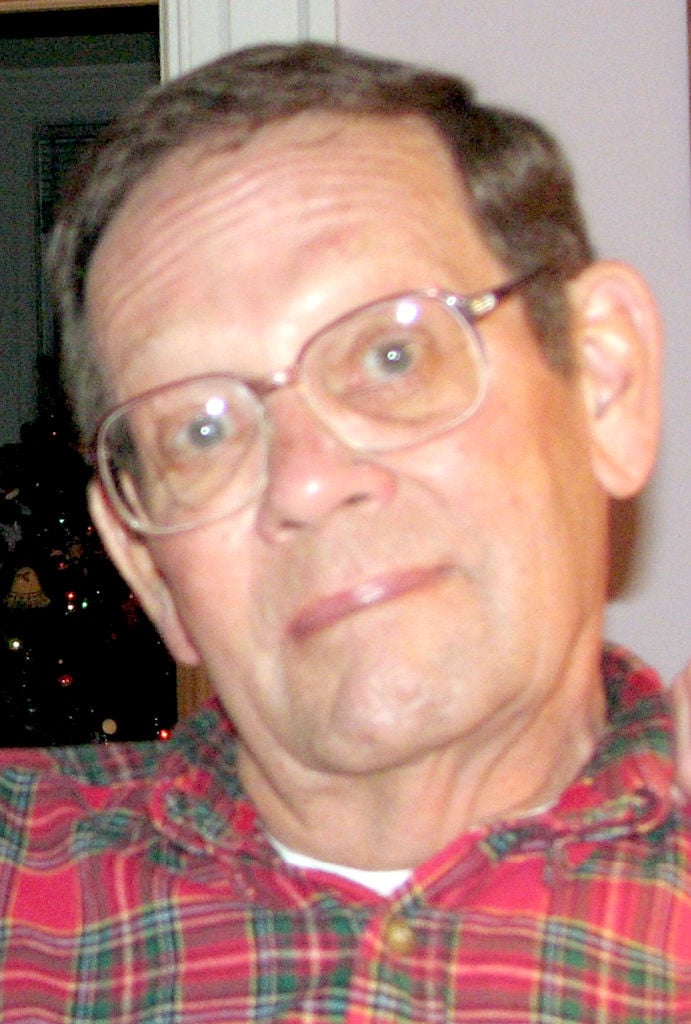 Henry Herbert Wells, III passed away peacefully on Saturday, May 16, 2020 sur rounded by family. Born July 13, 1935, Herb was the elder son of a Baptist minister. Following his quiet, early years in Dovesville and Georgetown, SC, his life became a whirlwind of relocations when his father became a career Navy Chaplain. During his first 12 years of school, Herb lived in Jacksonville FL, Louisville KY, Falmouth MA, Seattle WA, LaJolla CA, Honolulu HI, Millington TN, and Norfolk VA. The adventures that he and his brother had during that era have long entertained their children. In Hawaii, a lifeguard was traumatized after one brother held his breath under the pool drain cover while the other frantically asked the poor guard for help (everyone was fine). And they learned that school could be cut short by fainting from holding one's breath. Such stubborn, witty talents served the brothers well as they matured - and as they lovingly bedeviled their own children later in life. Herb earned a bachelor's degree from Duke University (and played clarinet in the marching band) and a master's and PhD in cognitive psychology from Yale University. At Duke, a young woman he knew slightly through a fraternity brother participated in one of his psychology studies. Those few hours became a lifetime partnership when Herb married Ellen York Fleming on September 12, 1959. Their first anniversary spent at Yale produced another favorite family story: Hurricane Donna wreaked havoc in New Haven and cancelled plans for dinner at a favorite restaurant. Herb found champagne at the corner liquor store while Ellen rifled through their small refrigerator freezer. That first anniversary became an annual tradition for the whole family hot dogs and champagne for dinner! Among other activities they enjoyed together in New Haven, Ellen and Herb drove their Morgan +4 convertible in road rallies around Connecticut. After graduating from Yale in 1962, Herb began his career as a College Professor and took a position at the University of Washington in Seattle, where they spent their free time hiking and camping in the nearby Cascade Mountains. Their three children were all born in Washington and the young family returned to the southeast when Herb accepted his second and final university assignment with the University of North Carolina at Greensboro. He taught psychology at UNC-G from 1968-1999, with the exception of a stint as Assistant Vice Chancellor for Academic Affairs, a position Herb jokingly called "Chief University Janitor." A thoughtful professional, he never revealed which of his children was the control group of their family. Both a philomath and polymath, Herb's skills were not limited to academia. The bookshelves were lined with National Geographic magazines; New York Times clippings; fiction; and tomes on botany, Southern history, woodcarving, and genealogy. He placed equal merit in the work of archeologists, carpenters, and welders, relishing in learning from everyone and always willing to get his hands (and his kids') dirty. Born into the Great Depression, Herb was reasonably frugal and spent many years with Ellen and the kids farming a garden near Greensboro, growing much of the family's vegetables. During a rapid rise in heating oil prices, Herb saved significant money by installing a wood stove in the living room fireplace - very near to the thermostat; having the children's bedrooms far away quieted the sound of their chattering teeth. Through all these times, Herb taught his children lessons in sensible hard work and respect for others with sayings such as "measure twice, cut once" and "there are two kinds of people in this world: those who build sandcastles and those who tear them down; which are you?" After retiring, Herb audited courses at UNCG, visited often with his beloved grandchildren, and followed his passion of documenting his family's history. That interest led to a journey across the eastern states, tracking the path of family emigration from Europe into Pennsylvania and down the Great Wagon Road to South Carolina. The bookshelves began to overflow with precious family genealogy papers, bibles, and books. From his research, he penned "The Richard Wells Family of Sumter, South Carolina", which spanned from early British colonialism to the present. Love of the outdoors led Herb and Ellen to purchase property on the Mayo River in Virginia, where the family had many years of fun tent-camping and playing in the river. Herb eventually built a one-room rustic log cabin himself without the help of electricity or heavy equipment. The cabin name, "Better-n-it-Was", was the result of a conversation with his youngest son. This property has been the site of years of fun for the family and friends, with most cabin tales suitable for public consumption. Herb is survived by his wife of over 60 years, Ellen Wells, and his children Richard Wells and wife Lois, Jennifer Martineau and husband James, David Wells and wife Lynda. Also surviving are grandchildren Julia Wells (Will Moore), Sarah Coble (Chase), Christopher Martineau, Grace Martineau, Camille Wells, and Ryan Wells, and nephews Alexander Wells and William Wells of Baltimore, Md. He was preceded in death by his parents Henry Herbert Jr and Lucile Wells, his brother David T. Wells, and his three dogs, Loki, Beau, and King. While Herb now is likely busy searching for the Holy Trinity (Bach, Beethoven and Mozart), the family is requesting that he take the time to score us tickets to a future celestial Cameron Indoor Stadium game against the Tarheels where we can again cheer together for the Blue Devils! Arrangements are through Forbis & Dick and services on Friday, May 29 will be private due to current safety protocols. In lieu of flowers, the family requests that donations be made to the Sumter County (SC) Genealogical Society (P.O. Box 2543, Sumter, SC 29151), the Walter Clinton Jackson Library at UNC-G (320 College Ave., Greensboro, NC 27412) or the environmental organization of one's choice. Online condolences may be made at www.forbisanddick.com.